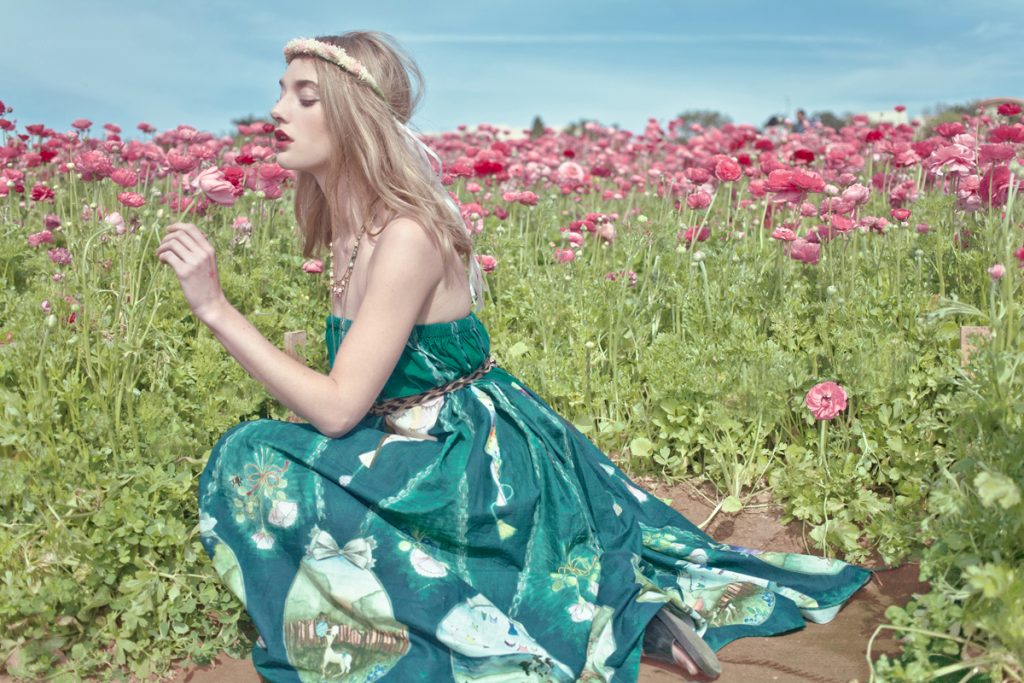 she and reverie Dreamland Skirt

I started my ethically-made loungewear line she and reverie at 23 years old. Before then, I freelanced in NYC’s garment district for a very short amount of time. But starting a line was my dream, of course! And other designers were doing it, many with far less knowledge than I had.

So I thought, “Why am I not following my dream right now? Why can’t I do this, too?”

I was right. I could do it. But, oh boy, did I make a ton of mistakes along the way. 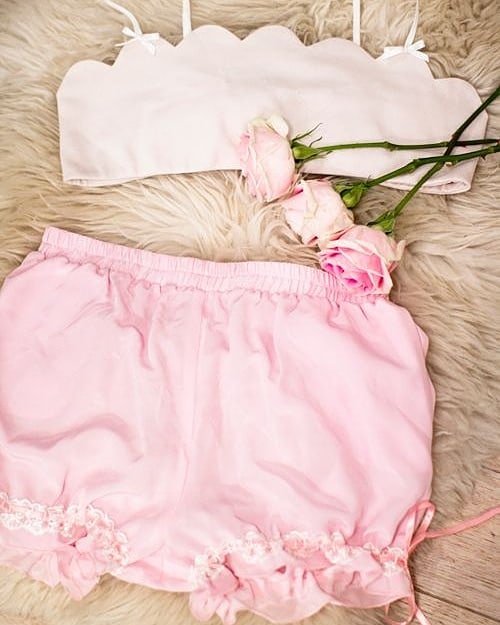 she and reverie Scallop Bralette and Bloomer Shorts. Photograph by Haleigh Walsworth

Almost a decade later, she and reverie is still online, but everything is on clearance as I clear out stock and focus on career paths that are more fulfilling to me (and, quite frankly, pay my bills more easily) than running a business and working as a waitress on the side.

One of those career paths is providing consulting to lingerie entrepreneurs. From designing to blogging to working in retail, I’ve learned so much from being on every side of the lingerie industry. I love being able to give that knowledge back to passionate people looking to create something new.

Something I’ve learned while working as a consultant? A lot of the same mistakes are repeated, over and over, by many of my clients. And they’re so easily fixable!

Inspired by my own mistakes and the problems I help my clients solve, these are the top five mistakes new lingerie brands make. 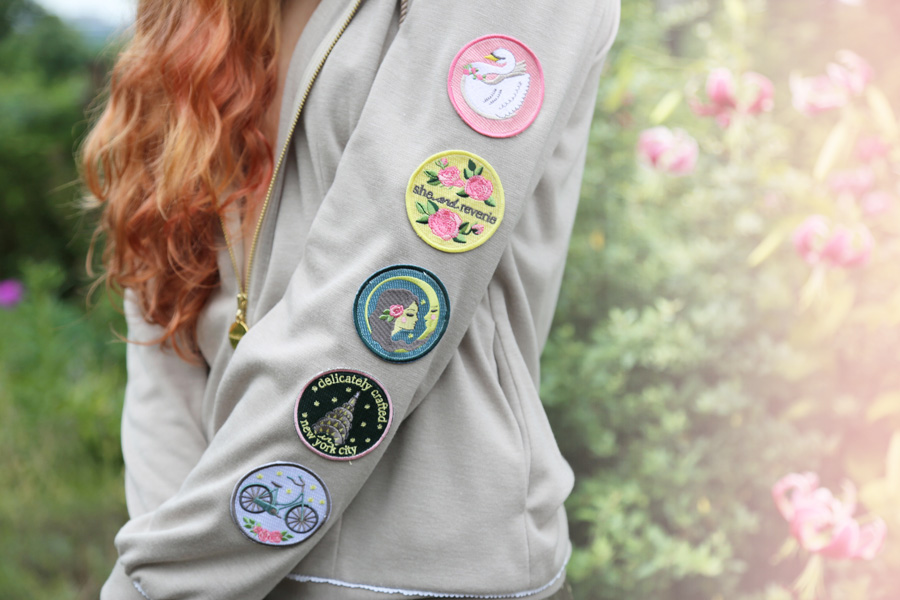 she and reverie Sleepover Hooded Cardigan. With all its specialty findings and custom pieces, this piece was so expensive to manufacture.

Mistake #1: Not understanding how much money they will need

This is the first mistake I’m listing because it’s 100 percent the most common one.

Intimate apparel is not a “get rich quick” industry. Lingerie is expensive to make, and has a lower markup than other garments. It’s also undervalued.

Point blank: If you want to start a lingerie line, you will need a lot of money.

We’ve talked a lot on the blog about how much it costs to run a lingerie line, from start to finish, even if you’re doing it all yourself. Other than the actual clothing construction and photography, I did everything for she and reverie by myself. And I still spent so, so much money in the beginning.

There’s a reason why the biggest indie brands are owned by independently wealthy individuals, and why VC-funded start-ups are so talked about, even when they’re not actually market leaders. It’s really difficult for anyone without a ton of funding to stay in business.

The numbers vary wildly depending on what you want to do. In any situation, it’s imperative to do realistic financial calculations before you do anything else for your business. However, I usually tell my indie designer clients this: If you have $10,000, you can probably afford to start sampling. 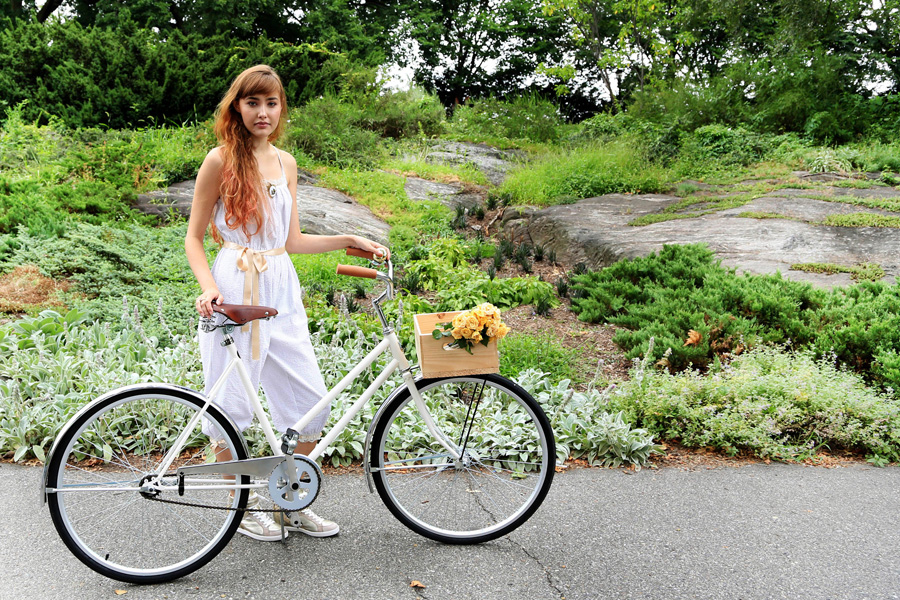 A she and reverie lookbook photo, featuring a sample that was too expensive to go into production.

Mistake #2: Trying to reinvent the wheel

A few years ago, I wrote about how tech culture hurts the lingerie industry. Tons of start-ups sent out PR blasts, proclaiming they were “disrupting the industry.” But a lot of their “disruptions” were things that already existed. Or things that didn’t need to be “disrupted” in the first place.

The best example of this might be Trusst Lingerie. They spent years developing a 3D printed alternative to the underwire, with the goal of solving problems that don’t really exist. Their “solution” was bulky and unattractive. And now they’re out of business. (Underwires are magical feats of engineering, y’all. When they’re the right size, they shouldn’t hurt).

Every six months or so, I see someone talking about developing a system to make unique bras that will fit customers perfectly and cost next to nothing, because “regular bras are expensive and just don’t fit.” It never gets off the ground. (They don’t seem to know that custom bras are real things, and they’re rightfully very expensive!)

Sometimes, classics are classics for a reason. Sometimes, what you think you’re inventing already exists. Putting all of your time and money into solving a non-problem sets you up for failure. 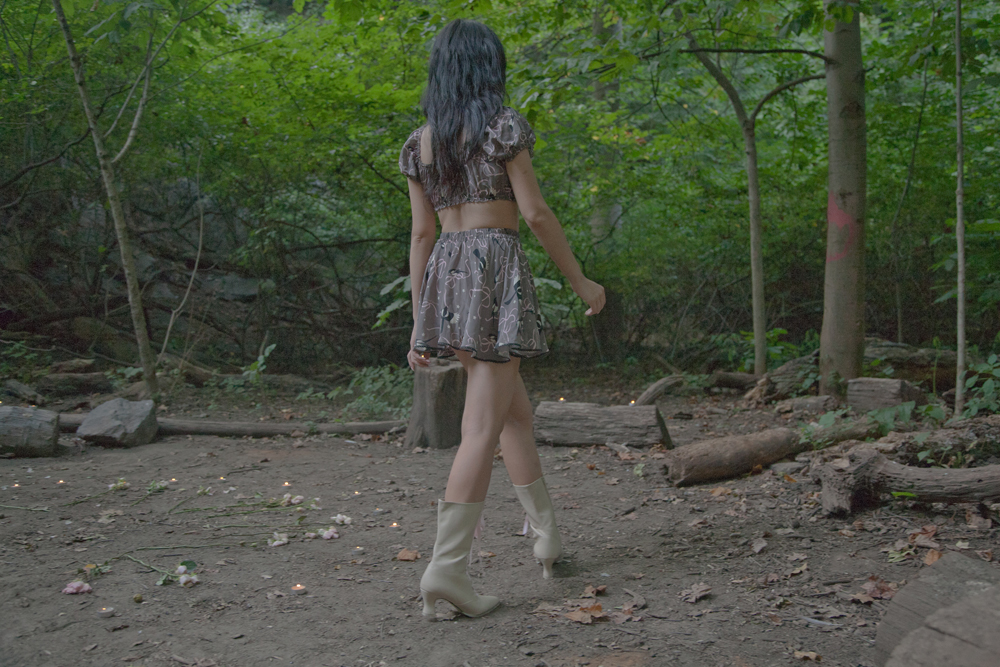 she and reverie Sixties Sun Top and Ballet Miniskirt. We had so much extra yardage of this custom print after our first season, so we just used it again.

Mistake #3: Doing too much, too soon

Every brand should strive to be as inclusive as possible. But companies, especially new ones, simply cannot serve every single person who follows them on Instagram.

So many brands sprint out of the gate with 20 new styles in 10 sizes and five colors each. Instead, think about narrowing it down to a core offering and focus on building your customer base. See what sizes sell well and what people request. Then add and adjust next season.

This also applies to stock. New lingerie brands place super high quantities with their factories for their first season, and new boutiques place huge orders with designers that span every color and size in every item they love. And then they’re both stuck with dead stock when it doesn’t move as fast as they expect.

There’s no harm in starting quite small and being transparent with your desire to grow. It might very well keep you in business longer. 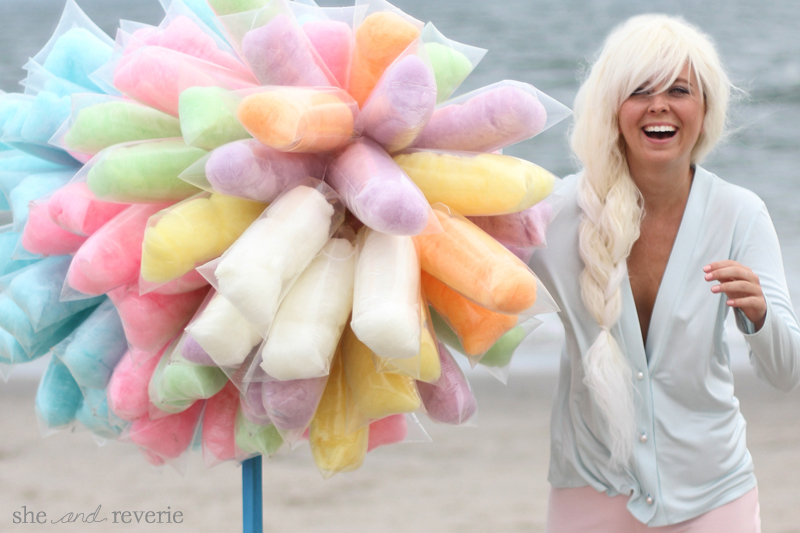 A photo from she and reverie's "Darling of the Sea" lookbook, featuring the Venice Cardigan

Mistake #4: Expecting people to care (for no reason)

I know this sounds harsh, and maybe it is. But it’s an easily preventable mistake.

You care about your business more than anyone else. You understand why it’s awesome, why people will love it, what makes it truly different. But you have to make sure all of those aspects are true and real, when you’re slung up online with the rest of your competition. And you have to communicate those aspects off the bat.

The fact is, most people, including your future customers, are not going to care about your new business. But they will - once you give them a good reason. 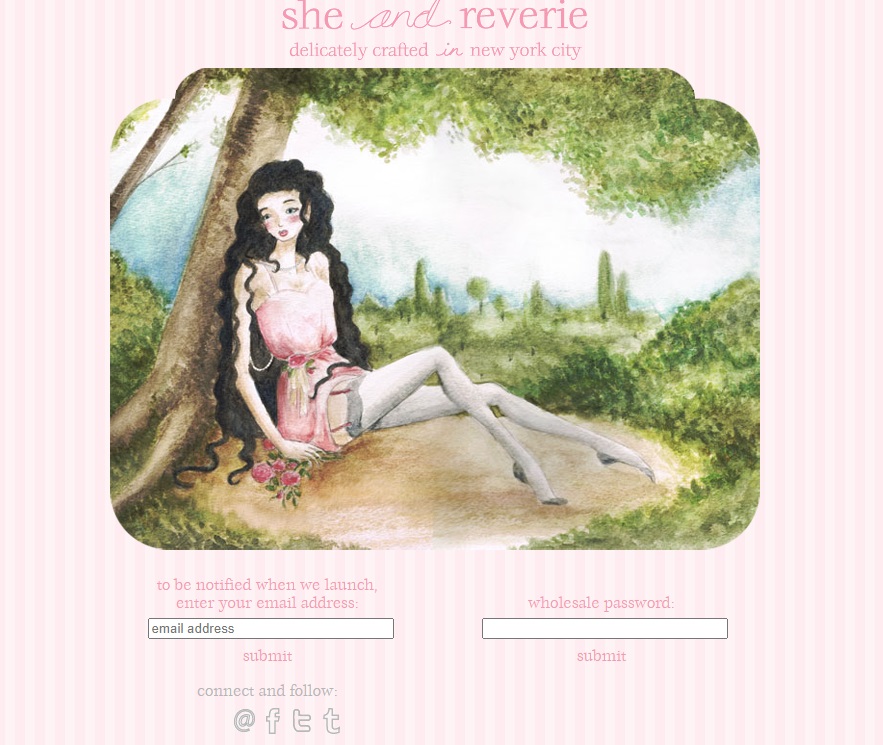 My own "pre-opening" landing page from archive.org. I'm still shocked that anyone gave me their email address at this point!

I feel like there are two types of entrepreneurs. First, there’s the knowledge sucker. The people who ask everyone everything, learn all they can, and nearly become experts in their fields before they start their business.

And second, there’s the “fake it ‘til you make it” crowd. They don’t have all the answers, but they’re ready to throw things at the wall and see what sticks. They nod along at networking events when people use terms they don’t understand. They follow their gut. And they usually lose a lot of money in the process.

This is a lot of people. It was me, too! I was a “nice” young woman, so people already weren’t taking me seriously. I didn’t want to make it worse with questions like, “Why shouldn’t I order the same number of pieces in every size?” Or, “Why would I wait until I get more wholesale orders before working with a factory?”

Listen: No one knows exactly what they’re doing when they start their first business. But ignoring the questions you have and pretending like you know everything? It won’t benefit you.

If you’re looking to disrupt the lingerie industry, you have to understand it first. Look at AdoreMe, whose subscription service initially sold widely-available discount knock-offs at extra high prices. They apparently assumed people wouldn’t recognize their “prestigious” items from the sex shop down the street. (They were wrong.)

Asking questions is my number one piece of advice for new lingerie brands.

In fact, asking questions solves all of the problems in this article.

You don’t have to go to business school to start a business. You don’t have to sign up for workshops and online classes, either. You don’t even have to hire a consultant like me. But educating yourself on the industry will set your business up for sustainability…and keep you from losing a ton of money.