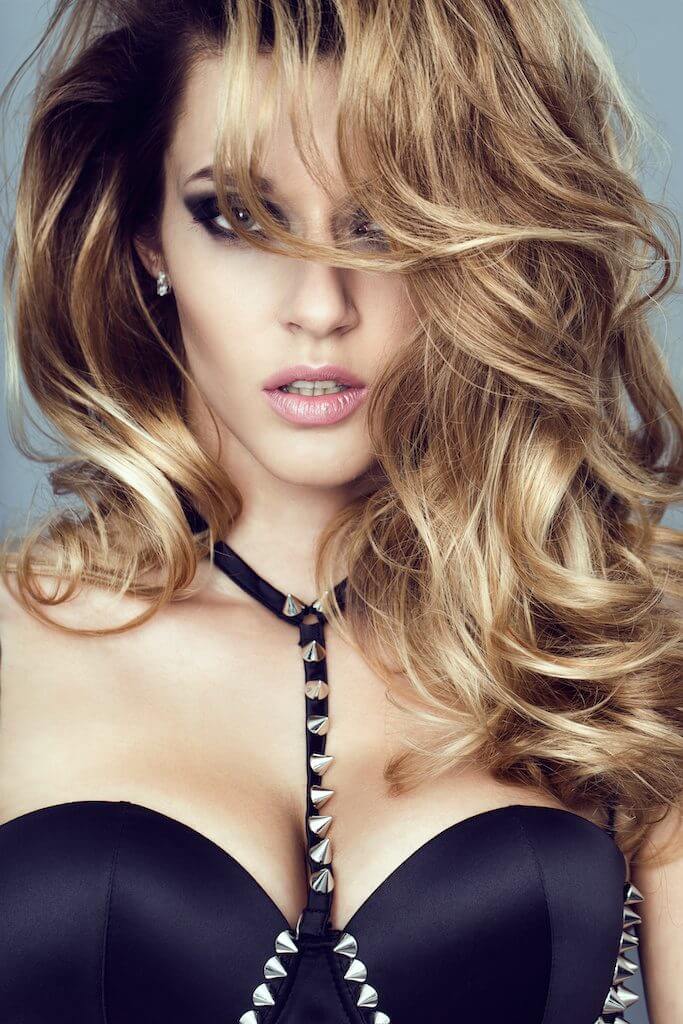 Every few months, some major website writes a press release disguised as an article about a lingerie start-up “disrupting” the intimate apparel industry. Whether the brand claims to revolutionize manufacturing, sizes or style, there's always a statement about turning the lingerie industry on its head, accompanied by a boast about how the world of lingerie will never be the same.

But overall, the world of lingerie is the same. Most start-ups fix already solvable problems, brag about “innovations” already in existence, and claim to be game-changers when they’re, quite simply, playing the same game everyone else is.

For many of these companies, their changes are things other lingerie designers have been doing for years. Naja references an “Adaptive Supply Chain" that is "greener, faster, more profitable and more capital efficient than anything on the market," but many lingerie lines already do the same - without the fancy name.

Trusst Lingerie, a full-bust bra start-up we’ve reviewed on TLA, claims their 3D-printed underwire system “redistributes the breast weight to the core … thus relieving the strain on the upper body." But that’s what a traditional well-fitted bra does anyway.

And, of course, there’s AdoreMe, often billed as the “Victoria’s Secret Killer.” Except their major points of differentiation seem to be hiding an auto-subscription service in their checkout and spending a ton of cash on advertising. 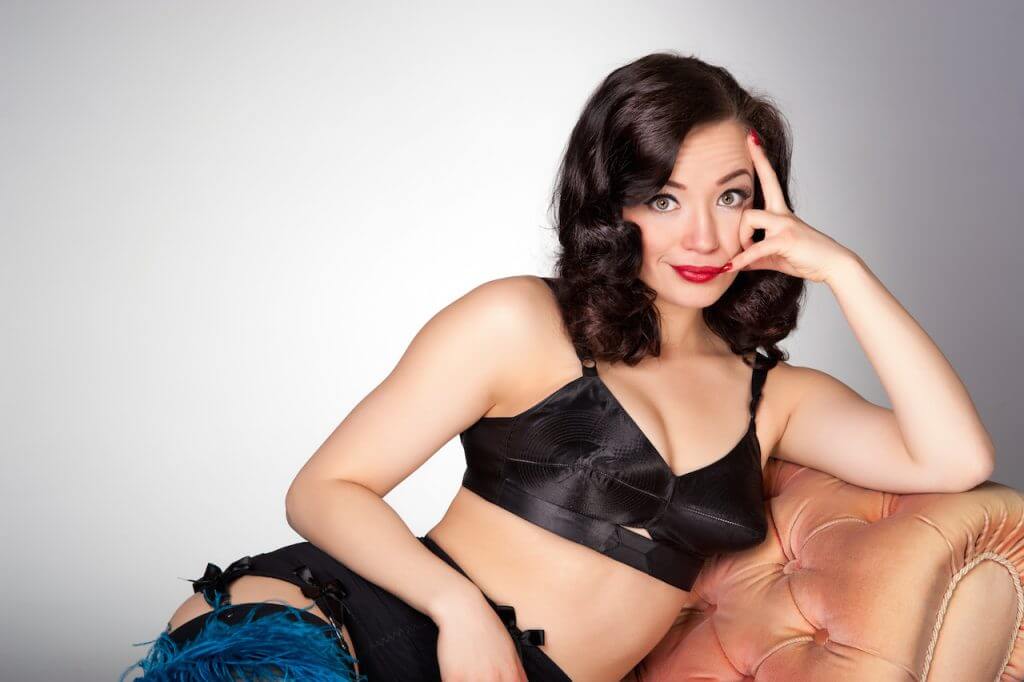 So if these brands haven’t actually changed anything, why do they receive so much praise? Why do we care about them? Why do people think they have such a big influence on the lingerie industry? And why don’t we write about (and give money to) the brands that are actually changing things?

Right now, America loves “disruption” and “innovation” and “reinvention.” Consumers and press alike latch onto these buzzwords, hoping these companies will do for lingerie what Uber did for hailing a taxi. And people especially love the idea of “disruption” in their lingerie drawers. Why? Because so many of us find our lingerie to be uncomfortable, expensive, and not at all fun to shop for. And it doesn't help that most people lack knowledge about lingerie: how it’s made, how it fits, and where to get it.

This isn’t the consumer’s fault. The lingerie industry is cloaked in darkness and secrecy, and many brands rely heavily on consumer ignorance to sell products. For example, lingerie shoppers are told we’re all wearing the wrong bra size and have to get fitted in a store. Why? So a company can sell us the sizes they have.

We’re told a DD cup is “big” and "hard to find," not because either is true, but because DD is the largest size a lot of brands make and big box stores carry. We’re told uncomfortable or even painful bras actually fit us well...because a store might not carry your actual size, so they give you a size that’s “close enough."

We’re not taught much at all because the biggest bra-sellers in America don’t want you to know much. They just want to sell you their products. 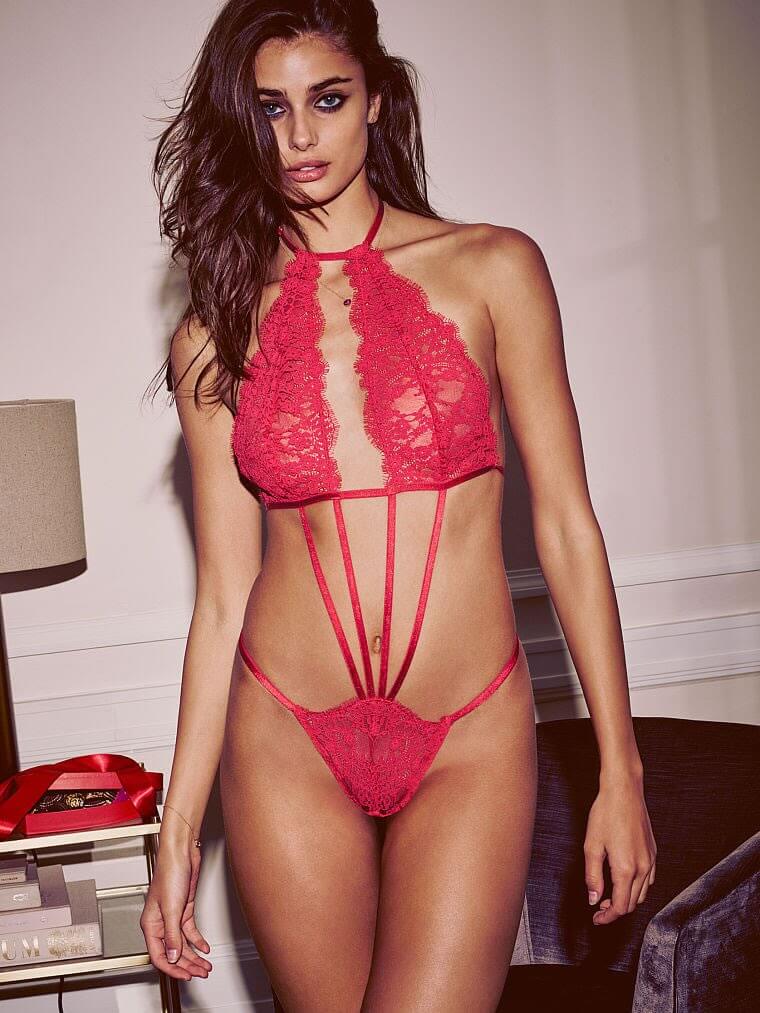 An image from Victoria's Secret's Valentine's Day 2016 campaign...and an aesthetic many lingerie startups are trying to move away from.

In this vacuum of knowledge, lingerie start-ups emerge. Often fronted by people with no experience in the fashion industry (much less intimates), but years of experience in tech or finance, they want to be the next big “disruptor," the next Victoria's Secret, the next Steve Jobs.

Unfortunately, the lingerie industry, which is both slow-moving and resistant to change, is ripe for disruption, making it an easy target. These start-ups claim their bras will change women’s lives and maybe even the world!  They’re not malicious (usually), but these companies’ own lack of knowledge perpetuates consumer ignorance.

Venture capitalists, who know a lot of money can be made by “disrupting” old-fashioned industries, throw millions of dollars at these companies, charmed by their language and claims of breaking new ground.

VCs may not know much about fashion or lingerie but they know Victoria's Secret is huge , and when a company says they want to “slay Victoria’s Secret,” they listen and fund them because they have no reason to disbelieve them. (Ironically, Victoria's Secret isn't doing so hot right now, but it's definitely not because of these new startups.) 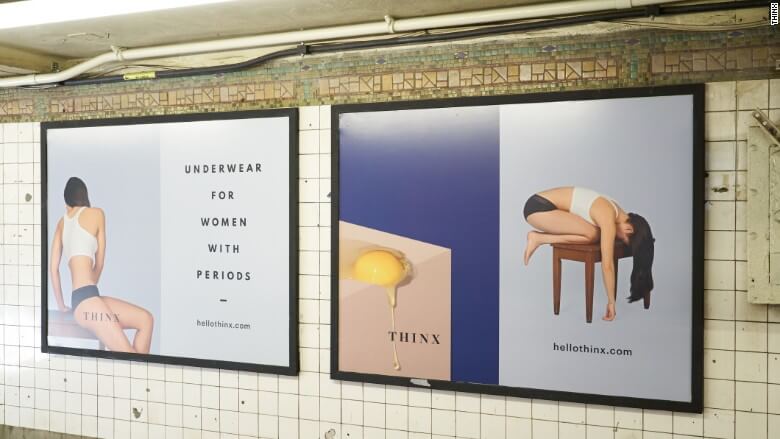 A subway ad for THINX, a popular lingerie startup, via CNN

As an aside, I think there’s a lot to be said about an outsider coming in to “disrupt” an industry that might be stuck in its ways. However, I truly believe you can’t reinvent the wheel if you don’t know how the wheel works in the first place.

These start-ups aim to fix the lingerie industry, but they don't understand what they’re trying to fix. Their tech bro chatter attracts big money and big publicity from our Silicon Valley and tech-obsessed society, but the consumer is hardly benefiting all these new options.

This glorification of start-up culture, combined with a general ignorance about bras and lingerie and fashion in general, means lines that actually are changing things for the better are often overlooked by major sources of funding and big publications. 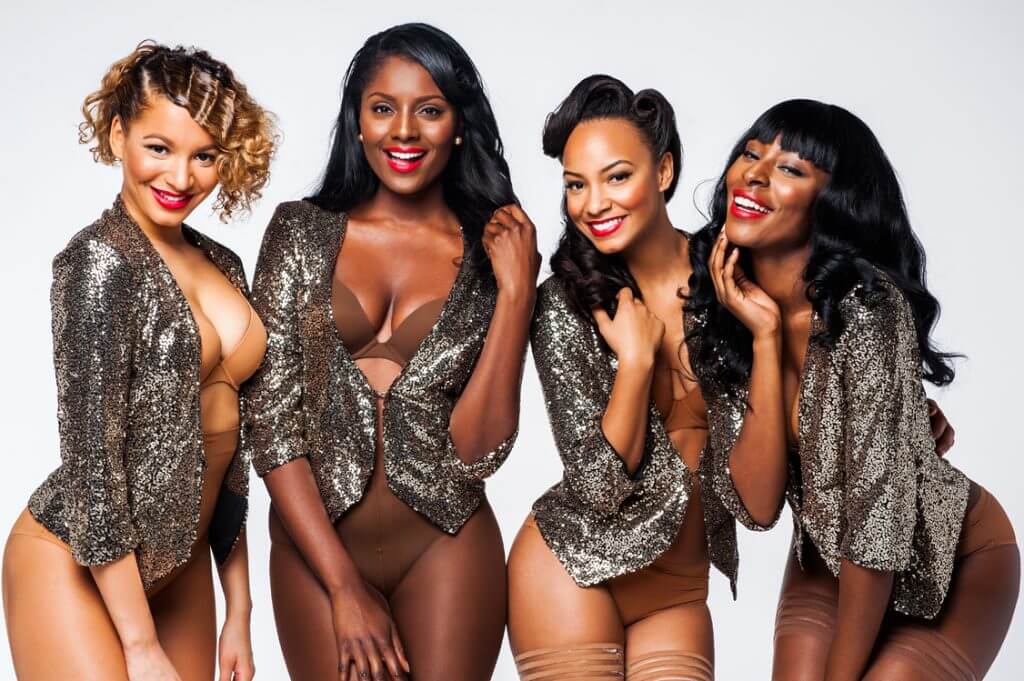 I don't think a single specific brand will be "the one" that disrupts the industry. An increased availability of diverse brands, the popularity of e-commerce, and a consumer preference for less structured lingerie are all things making big changes in the lingerie world. But the individual labels that are truly making waves and making a difference are mostly self-funded.

Companies like Nubian Skin, whose popularity convinced mass-market retailers like Target to produce their own multi-hued “nude” lingerie lines, are entirely self-funded by the founder. Imagine what she could do with some heavy-handed VC funding.

And I really think technical panty brand Dear Kate helped push the “non-model lingerie model” idea into the mainstream when they photographed scientists and engineers in their underwear — an initiative, it seems, that stopped when they got some major VC funding.

On a more niche level, I can't help but think of Playful Promises’ expanded size range, ethical manufacturing,  and fair prices - all these things that could really set the bar for major fashion lines.

Brands like these could disrupt, or are actually disrupting, the industry, but since they use different jargon and don't package their "innovations" in PR-friendly soundbites, they're largely ignored. 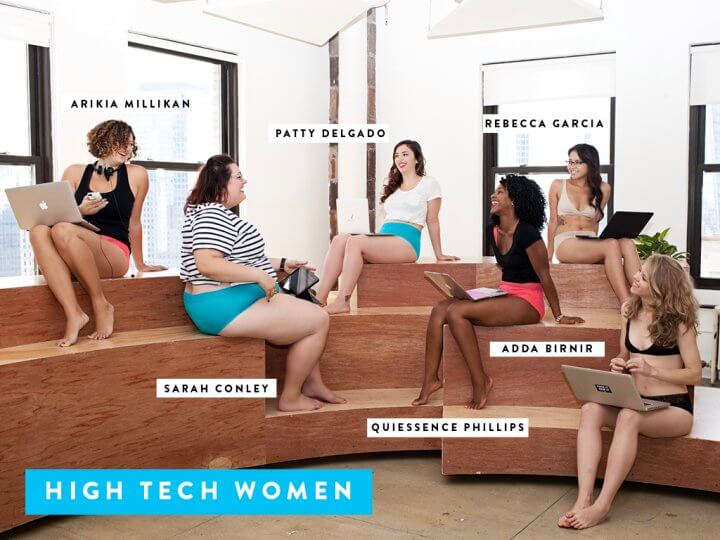 In my opinion, much of what's wrong here is symptomatic of the entire apparel industry as a whole. I'd love to see things like automated manufacturing systems that could cut our reliance on cheap, exploitative labor. Fabrics that don't degrade would mean stockings wouldn't run and bras wouldn't stretch out. And, on a broader level, changing how our society thinks breasts are “supposed to look” would certainly disrupt the lingerie industry...but not probably not in the way most companies want.

If lingerie startups want to truly solve problems for women, why aren't they going to the actual roots of these problems and fixing those, instead of relying on false ideas of how bras (and the entire lingerie industry in general) should work? 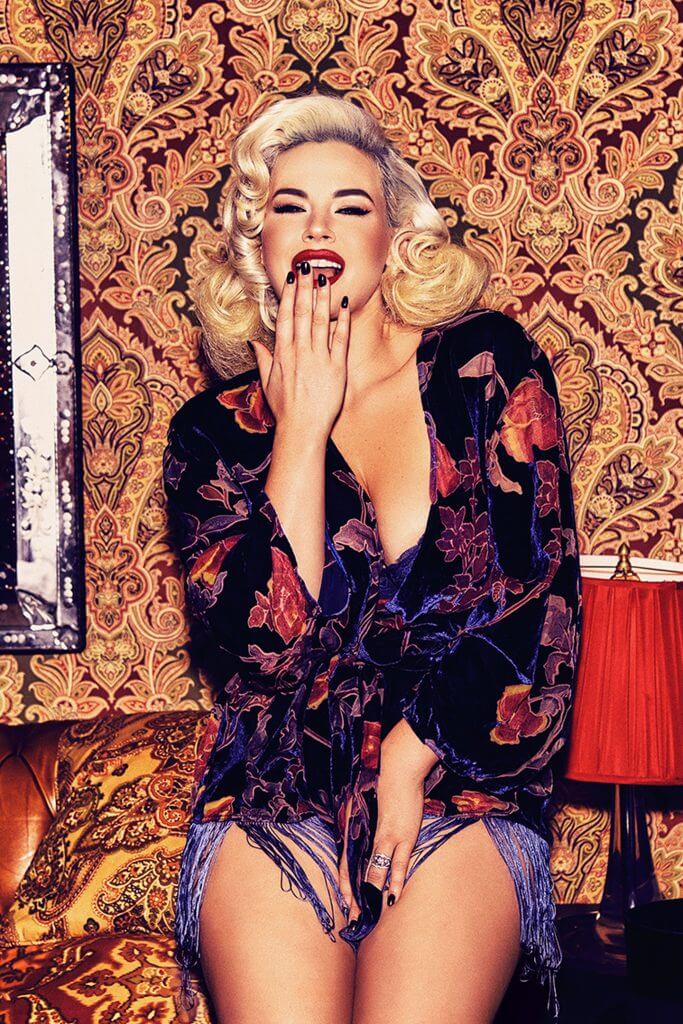 Because actual disruption of the lingerie industry can’t happen with quick fixes like these. It's easier and cheaper to put a metaphorical bandaid on a problem and claim it's been solved - especially in an industry with low mark-ups and high costs like lingerie. Replacing an underwire with a thick plastic platform for your breasts, when the problem with poking underwires is typically a simple fit issue, isn't solving a problem. It's not “disrupting” anything.

I'm not disparaging companies for trying to make money. After all, that's the point of a business. But to claim you're doing things no one has ever done before? To claim you're fixing things that are broken in ways you haven't tried to understand? And then to claim you're helping people? That's not improving the industry for anyone. That's just taking advantage of people.