Why Do Successful Lingerie Lines Close? 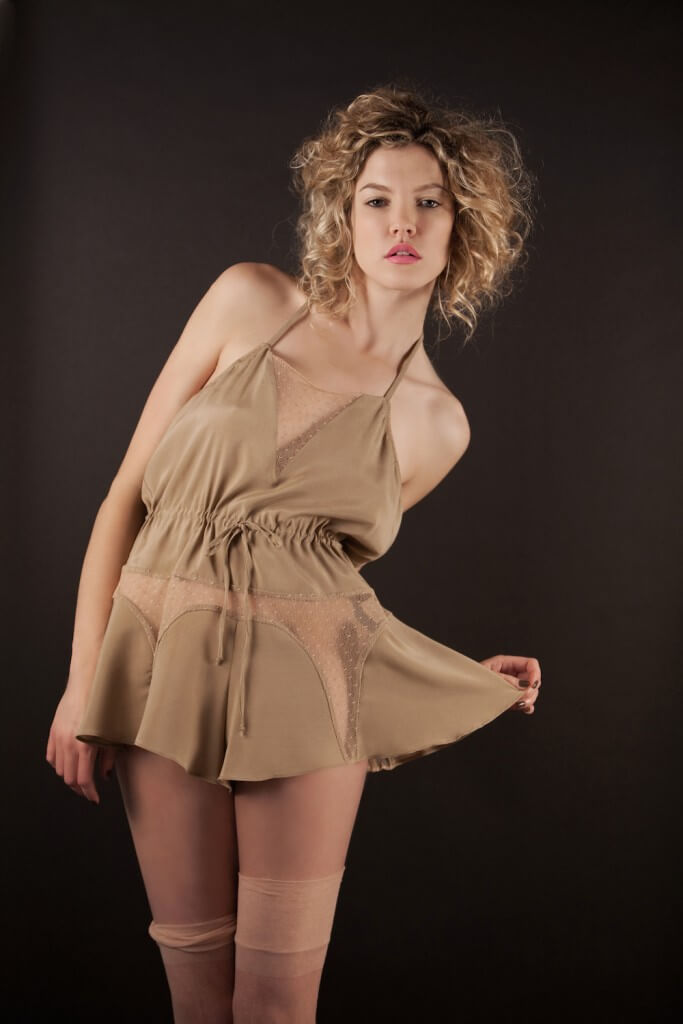 "Starting a lingerie line was always a dream of mine," says Whitney Galitz, owner and designer of the full-cup-focused indie brand Good Night Gilda. Galitz launched her line with a full business plan, landed some great press, and ran the company while working full-time as a wardrobe stylist in Los Angeles, from 2009 until 2011 when she closed its doors.

Lingerie lovers often lament the surprising and sometimes sudden shuttering of brands they love and admire - lines with innovative ideas, great business plans, big name stockists, and high profile press appearances. They seem incredibly successful to fans and customers, so it's shocking when they suddenly disappear.

So what happens? Why do seemingly successful lingerie lines shut down?

The short answer is money. The longer answer relies on consumers' misunderstanding of what constitutes "success" for a business." Apparent markers of success mean almost nothing in business terms," says designer Karolina Laskowska, who has been in business since 2012. Even the most talked-about brands aren't necessarily successful. 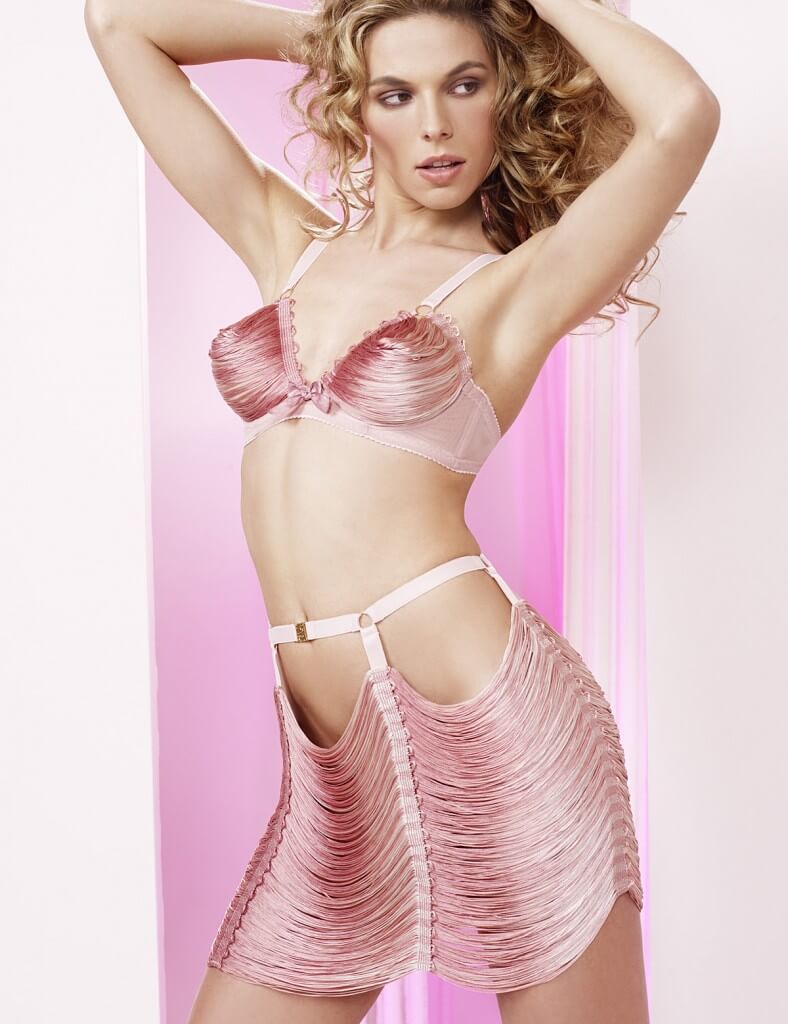 Made by Niki string bra and skirt

In terms of singular styles, I often think about Made by Niki's gorgeous hand-dyed string styles, which The Lingerie Addict considers "one of today's great modern lingerie stories." They're now all on clearance, along with the rest of Made by Niki's online stock. Consumers may rave about a new color or style for months, but if no one buys those items, a business doesn't consider them a success.

Every year after tradeshows like Curve, brands cut some of their most interesting, talked-about styles, because they didn't sell enough to make production feasible. Perhaps the price is too high, the fit is poor, or the style is simply ahead of its time.

This idea applies to entire companies in the same way; even when bloggers and other publications fall in love with and promote innovative new labels, their products may not sell well enough to support its continuation, and the line closes. 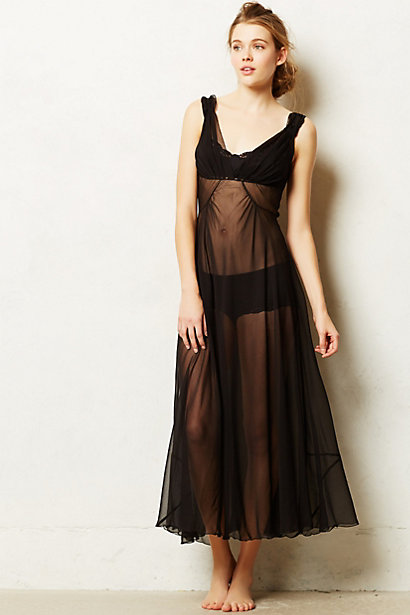 Silk gown by Mary Green, who abruptly shut down in 2014. Image via Anthropologie

The Department Store and Boutique Factor

Lines that do get picked up by major retailers have their own obstacles to overcome." Major department stores are actually pretty bad news for indie designers, as their terms are hideous," says Laskowska. She explains that they'll frequently make "sale or return" purchases, which means that the store can return whatever doesn't sell and the designer has to eat the cost of the items - items that have been tried on by customers and are now out-of-season.

Department stores also have super specific requirements for deliveries from lines, and frequently write discounts into their contracts. That means that when a brand slips up and makes a mistake - sometimes something major, like sending incorrect sizes, or something minor, like tagging an item above the label instead of below - the company takes a fee or percentage off of their invoice.

These costs add up quickly and can hurt the brand more than the sale helps. Plus, department stores often negotiate with new labels for deep discounts, which means the sale might do little more than cover production costs or give the label a bit of good publicity.

Similarly, being stocked in multiple boutiques looks great on paper, but not when those boutiques are selling via consignment. This means the brand only gets paid when the store sells the items, so the store has little incentive to move sales, and the line puts up their own money for production. 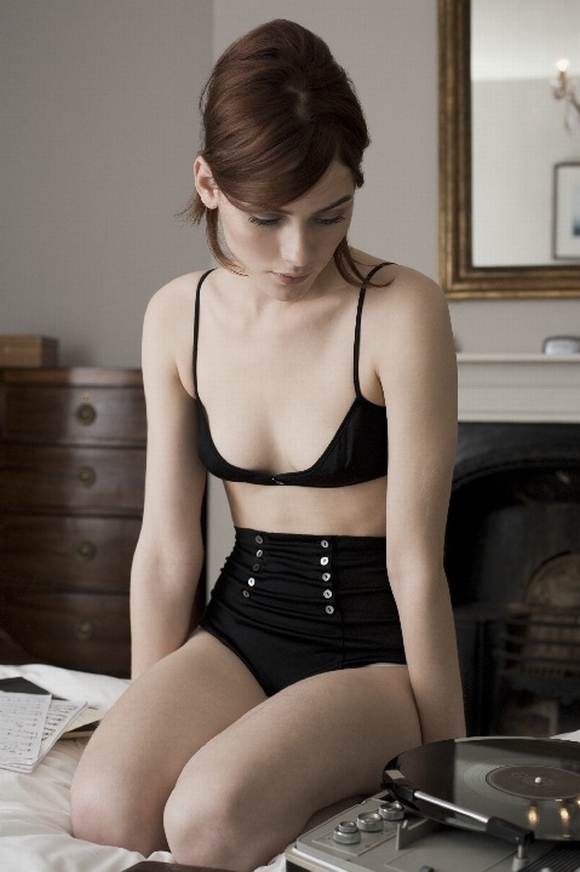 Bra and panty by Wundervoll, who closed in 2012.

The Social Media and Direct-to-Consumer Factor

With all these wholesale account frustrations, it may seem like brands that want to be successful should stick to direct-to-consumer sales. Free marketing via social media, higher margins, more control...but that comes with its own set of roadblocks.

"It's easy to assume the great new brand you see shared all around Tumblr and Pinterest is rolling in sales,"says Holly Jackson, a consultant for lingerie lines at The Full-Figured Chest, "but it's probably not the case." When consumers see a label with tons of followers and a high level of social media interaction, they might think that company is highly profitable. However, there is a huge difference between "audience" and "customers."

Galitz remembers having an exciting placement for Good Night Gilda in a very popular fashion newsletter. "It came one morning, and every person who subscribed to this email blog saw the GNG romper in their inbox," she says. Her social media presence bloomed, but Good Night Gilda received zero sales from the feature.

Consumers have the ability to show their love of a brand via social media, without actually giving them any money and wearing their product. So a designer may have tens of thousands of followers who adore the brand's aesthetic and interact with the company regularly online, but if those followers aren't shopping, the numbers mean nothing in terms of actual financial success for the business. That audience may be buying similar styles elsewhere or making their own versions at home. Aspirational qualities don't make a business successful.

The Magazine and Television Factor

Even traditional press, like inclusions in magazine photoshoots and on television characters, can give a dismal payoff. It's difficult to track exactly where sales come from without digital analytics, but press features often have no direct link to sales.

That gorgeous set you saw on a celebrity in Vogue? It might not even have enough sales to go into production. Laskowska has personal experience with this: "One of my bras covering two pages of CR Fashion Book did precisely zero for my sales, especially in that particular style," she says. 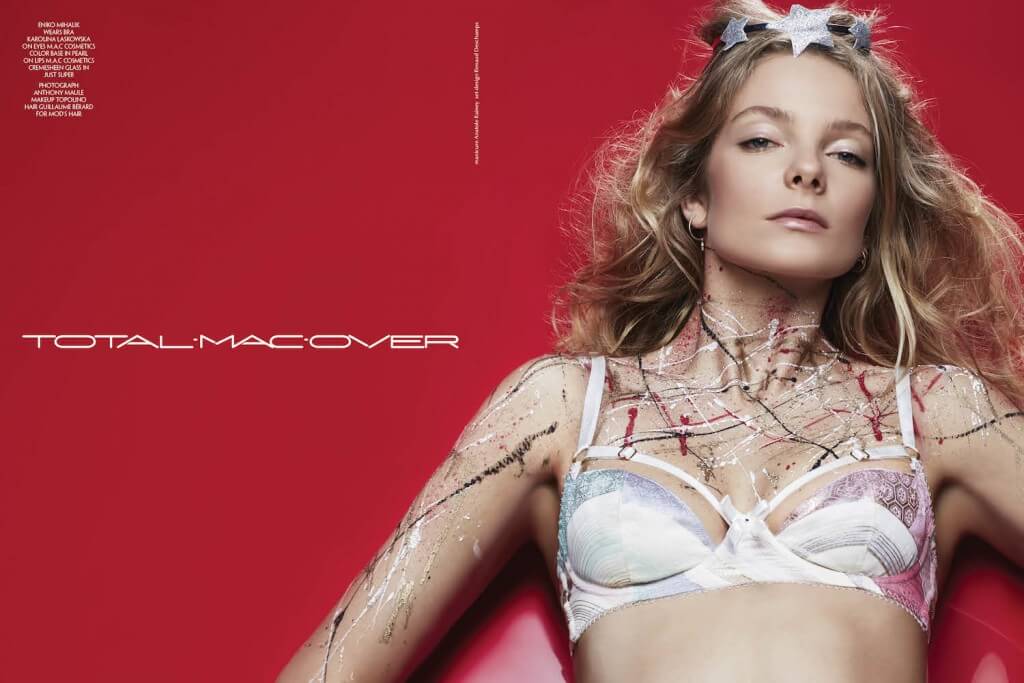 Karolina Laskowska bra in CR Fashion Book. A beautiful photo! That made no money!

Even with all these examples, poor sales aren't the only reasons that brands close. "Shut downs happen when a company just can't make its margins anymore," says Jackson. "It can be caused by anything. Indie designers work on razor-thin margins, so anything from fabric costs to equipment repair can make a huge dent in a non-existent budget."

At my line she and reverie, there are so many little monetary issues every season that have to be taken care of for the business to keep going. In the first two months of 2016, my laptop stopped working, my storage unit manager tried to raise my rent for the second time in six months, and a couple packages went missing and had to be tracked down or re-shipped.

These costs are so frustrating, and it's easy to see how bigger problems, like natural disasters, late factories, or buyers who never pay, can completely demolish a small company, whose markups may just barely cover their expected costs. "Some people just burn out or can't sustain living off of nothing for years," says Jackson.

On the other hand, for some lines, money doesn't play a big role in their survival. "A lot of 'successful' luxury brands are never intended as profitable businesses," says Laskowska. "They're founded by people who either start off with a lot of money, or have big investment from somewhere, and are essentially run as vanity projects." These lines close when the owners can't justify the expense anymore, or simply get bored and decide to do something else. 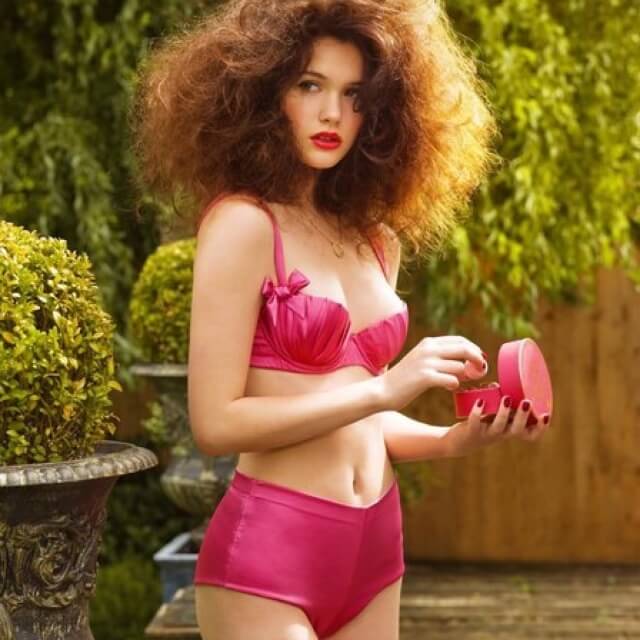 Bra and panty from Miss La La Presents, who closed in 2010 but, from the looks of their Facebook page, could be making a resurgence.

This isn't the case for most new lingerie lines, whose founders might launch their businesses using their life savings, work side jobs to support the first few years, or get financial backing from investors who want to see a return on the money they put up.

On closing Good Night Gilda, Galitz says, "While I was doing relatively well for a small indie start-up, the overhead costs--as well as the time to put in--were so great, I decided it just wasn't smart business to stay up and running without more financial assistance."

In 2011, the US economy was still recovering from the recession and financing for any manufacturing company, much less a luxury lingerie brand, was difficult to come by. So Good Night Gilda closed its doors, like many beloved lines before and after it.