Susanne Fowler is today's guest blogger. Originally from Iowa, she is a freelance writer based in Britain covering the arts, culture, travel, design and whatever else catches her eye. She is a former news editor at The New York Times in Paris and London and has also lived in Rome and Istanbul. 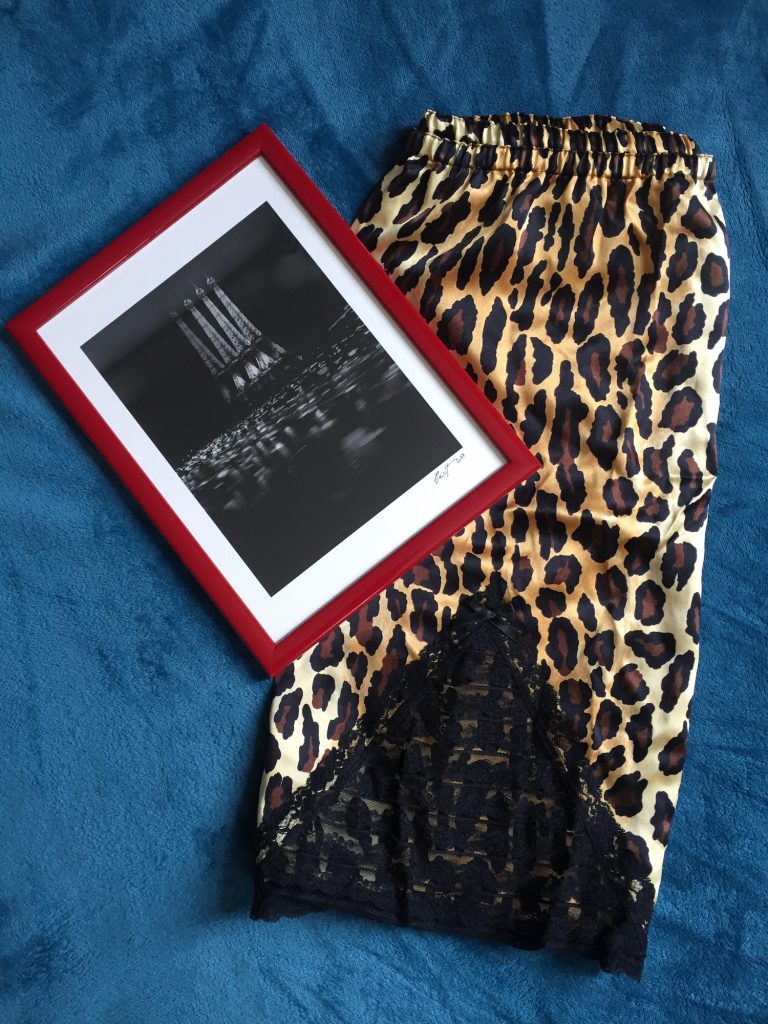 LONDON -- The year was 2009 and I was living in the chic 17th Arrondissement in Paris, and would often walk past a lovingly decorated, scarlet-fronted shop display of tasteful yet sexy underthings, all hand-made by a young female artisan.

In one window, a mannequin dressed in a silk polka-dot bra and matching high-cut brief also displayed a gold medal from the French Republic, proclaiming the designer Louise Feuillère as a “Meilleur Ouvrier de France,” or a “Best French Worker” in her field. (That honor is bestowed by the government upon only a few creatives who compete for the title as a way to preserve the country’s cultural heritage, often in luxury sectors like jewelry-making but also for hairdressers and butchers.) 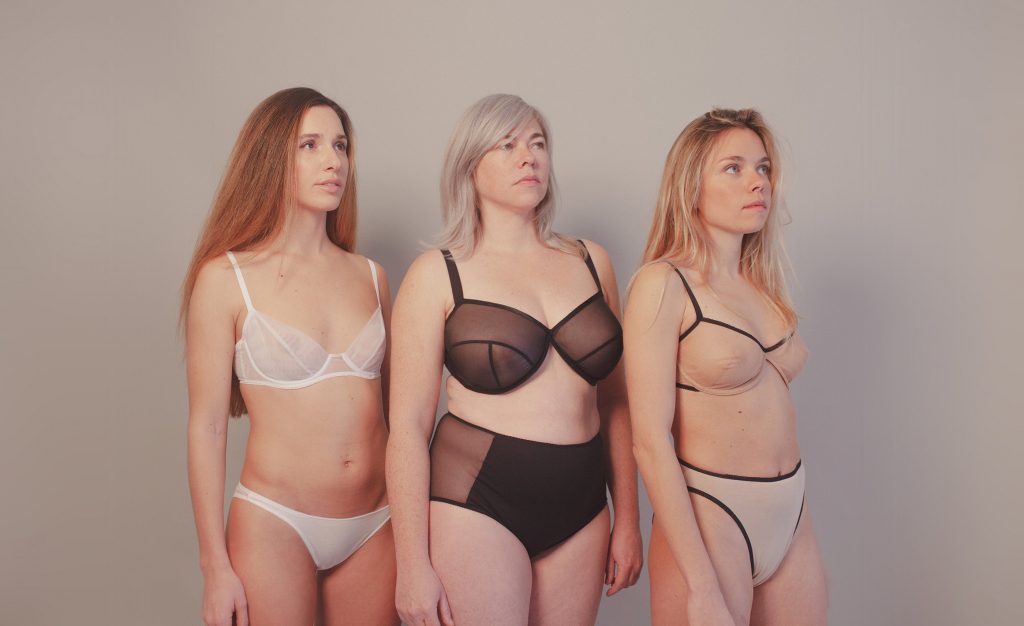 A sign on her shop door said “By Appointment Only,” except for a few hours on Saturday for walk-ins. One weekend I got up the nerve to enter the tiny shop, although I still felt too shy to reveal all and be measured for anything as intimate as a bra or a wasp-waisted guêpière corset.

Instead I asked if Louise could make me a leopard-print silk half-slip: half Belle du Jour and half Anna Magnani.

The process felt comfortable and not at all intrusive as she wound her measuring tape around my waist and hips, and jotted down the figures in centimeters. Three weeks and two fittings later to check the length and adjust the ease at my middle, it was ready, custom-made to my measurements at a price of 225 euros, or about $330 at that time.

And it was gorgeous: finely crafted right down to its narrow, encased-elastic waistband and its perfectly Frenched seams.

She had added a peek-a-boo triangle of black, “very rare” scallop-edged lace from Calais, near the Belgian border, to accent the silk’s shimmering black and brown pattern on a gold background. At the peak of the triangle was a tiny black satin bow. 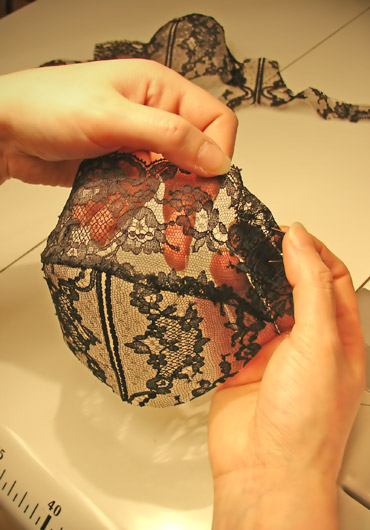 Photo via Mutton's Guide to Fashion

Although it was the most I’d ever spent on an item of lingerie, it was a relative bargain for a piece of French couture. And it was less expensive than many other things in her atelier. Her cotton bras cost 325 to 350 euros, or more than $450 at the time; a hand-embroidered, sheer baby doll nightie was 1,400 euros.

A lot of the cost had to do with the quality of her materials: washable silks from France and Italy; sheer plumetis cotton voile from Switzerland. But mostly it was a reflection of the hands-on hours put into each item.

“The idea is coming through my fingers,” she once told me. “I let my hands speak.”

Excitedly, I took my new treasure home, meticulously wrapped in its delicate tissue paper. Instead of wearing it immediately, I placed it gently in a drawer with my best sets of matching bras and undies, protecting it from sunlight like a fine oil painting. I hadn’t yet worn it.

A few years later, the sumptuous made-to-measure half-slip -- one of my favorite garments ever -- moved with me from Paris to London.

Still squirreled away and protected from the sun.

I’d see it every springtime during my Marie Kondo-esque effort at reorganizing my London wardrobe. I’d admire it, caress its silky smoothness, but still not wear it.

This summer I reached for it again, but with all the Covid-19 restrictions on travel, or even nights out on the town, it seemed somehow wrong to “debut” my lingerie masterpiece while sitting on my sofa catching up on Netflix offerings.

So it remained unworn. Not even once.

I look at it now, and wonder why that is.

Did my careful and caretaking placement of it hidden away in a drawer mean out of sight, out of mind?

Was my Midwestern upbringing telling me that it was too good for everyday? (Like our grandmothers’ wedding china and fancy table linens?)

Was it because, like a bottle of vintage Champagne, it needed the right “occasion,” one that never seemed to materialize?

Or was it because I almost never wore skirts anymore, preferring the ease and comfort of trousers for cycling to work or sitting at my desk all day?

Probably a combination of all of those.

Still, it remains a lovely thing. In perfect like-new condition, the hands of its creator evident in each stitch.

But what to do? Locking it away feels like such a waste of her time and talent -- and my money.

Still, even with some easing of the Covid restrictions on our movements, I can’t envision going anywhere right now that would give the slip and its maker the honor they deserve.

It was during a weekly Zoom call with longtime gal pals in New York, California and Ontario, Canada, that the right idea surfaced.

Frame it, they suggested. In red. Hang it on a (sun-protected) wall.

After all, it is a work of art.

Do you have a treasure hidden away in your dresser drawer? What’s keeping you from getting it out and showing it off?