Lingerie Pricing is a Feminist Issue 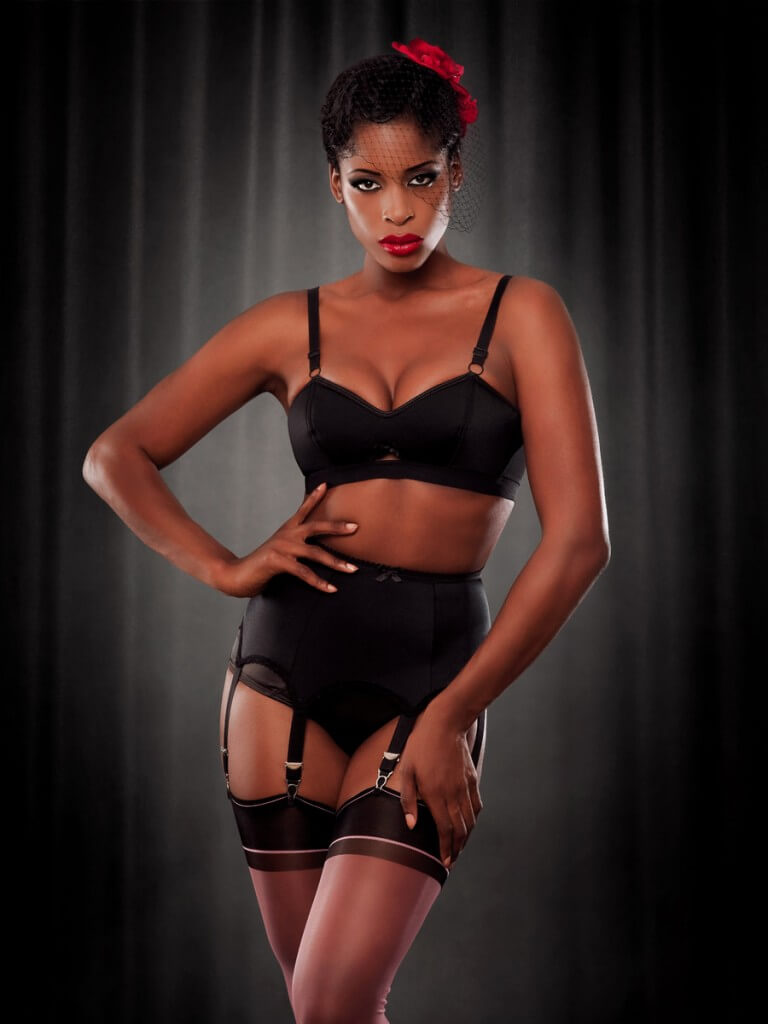 If you include design and labor it makes sense that bras shouldn't be cheap. Via Kiss Me Deadly.

There's been a lot of talk on the Internet recently about bra pricing. Much of it started with this brilliant piece by Arabelle Sicardi unpacking the pricing of indie lingerie. The debates mostly broke down along two major sides.

On one side were people who need bras for health or workplace reasons, asking for columnists and bloggers to discuss lowering prices on items they need. On the other were indie/luxury lingerie designers, insisting on being paid a price for their product that takes into account labor and supply chain.

I am deeply sympathetic to almost everything that has been said in both camps. As someone who has "had to" wear bras since the fourth grade (because body shaming), and who has been broke since early adulthood, I get that when other expenses are on the table, lingerie feels like an extravagant purchase and the prices seem absurd.

I also get that for people who need to wear bras to feel healthy or comfortable, it can feel like a cornered market, and that if you are in full bust or plus sized bras, the scarcity and cost can be overwhelming compared to "straight sizes." But the truth is that the price you pay for a full bust bra is probably what most bras should just cost anyway. And here's why.

Bras sold at ridiculously low prices, like $10 or $15, are almost always relying heavily on the labor of underpaid women, and especially women of color.

Lingerie & The Cost of Labor

Lingerie is difficult to machine manufacture. Because of this, artisans have to be employed to make lingerie, and a lot of them are definitely not being paid  what we call a living wage (a wage that enables a person to afford all the basic necessities of life).

As Autostraddle recently pointed out, manufacturing of goods relies heavily on the cheap labor (work) of women in developing nations. My own bra drawer is pretty shameful in this regard: if it wasn't made by an indie brand, it was made in China or The Philippines. If you take into account shipping, markeup, and overhead, the price I paid definitely doesn't account for a fair value on the labor that these women do. 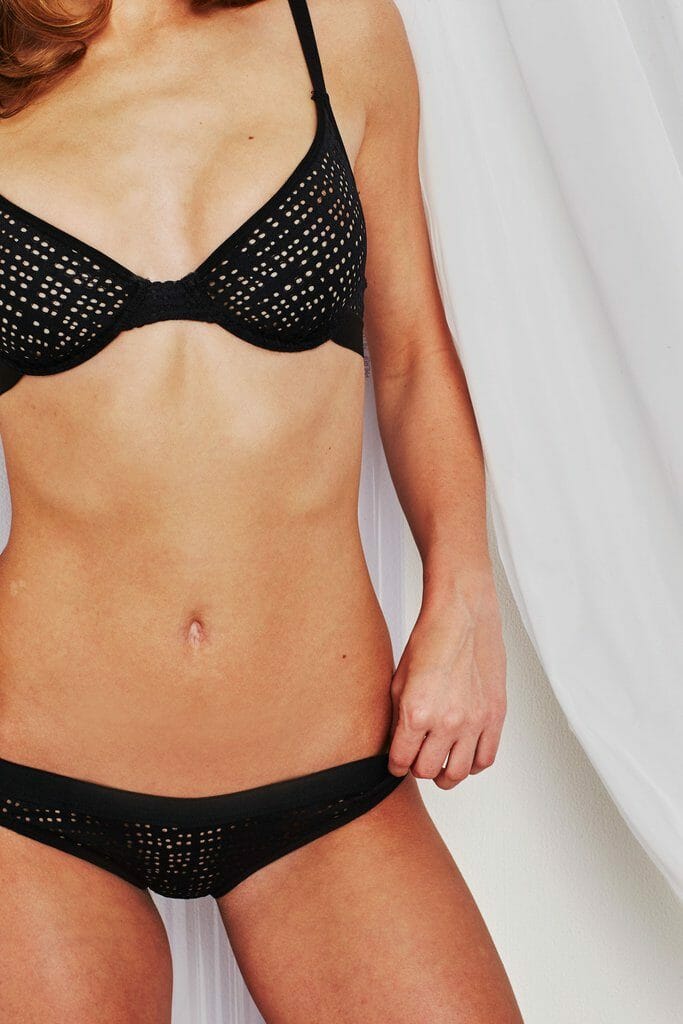 Black sieve balconette bra by Negative Lingerie, one of the many indie brands Sicardi references in her article.

Obviously, I'm not going to shame people who are struggling to make ends meet for having to buy cheap products to get by. Everyone is pretty similarly implicated in this regard. Buy your bras wherever you need if you're struggling financially. But the problem is not that your bra is too expensive and that we need cheaper products.

The problem is that the conditions overseas in garment factories are affecting what you get paid too.

US factories tend to have better working conditions than places like China and Cambodia, but we also don't have a mandated living wage. The federal minimum wage of $7.25/hour is not considered a living wage in any state.

If you can't afford a bra at a fair labor price, it's probably because you aren't being paid a living wage either. Wealth disparity in the US is greater than in most developed countries, and it's been created largely by not paying people a living wage.

Women and people of color (and people who are both) are especially vulnerable to this. White women make about 78 cents to the white male dollar, and black, hispanic, and native women make significantly less. If you're being paid the current minimum wage, of course it's hard to afford lingerie, even the basics you need. Basics are prohibitively expensive if you don't make a living wage.

The big reason that this hasn't changed is that companies of all kinds, including lingerie companies, are incredibly willing to outsource labor. That means whenever people argue for a higher minimum wage for workers, corporations threaten to outsource more --- move more jobs overseas, essentially. They often claim that this is about being able to give us the kinds of prices we want to pay for lingerie and other goods, but it's also about keeping their own costs low.

According to Quinne Myers, of the label She & Reverie, "Apparel is undervalued in our society, so we [lingerie designers] often have to undervalue our work in order to even make sales." With slim profit margins characterizing the lingerie industry (Quinne estimates that intimate apparel is about 20% less profitable than other apparel), large lingerie companies are eager to find ways to cut costs, and that will often include not paying workers fairly.

What is the "Real" Price of a Bra?

So when indie lingerie designers and small brands charge around $50 for a bra (or sometimes even more), it's not necessarily because they're making a luxury product or turning a big profit. Instead, a lot of that money goes toward paying the people who sew the actual bras (and often not to indie brand owners, some of whom net as little as $15,000 annually).

Since so many indie lingerie brands are small operations centered in the US, the UK, Australia, etc., owners often use their own labor or those of locals instead of exporting labor overseas. These products are going to be more expensive than big box store lingerie.

Obviously the same isn't true of every company that charges that much. But if customers demand a cheaper product, large companies will often respond by cutting wages or outsourcing. And so the cycle continues, with inadequate wages in the USA leading to demand for cheaper products. 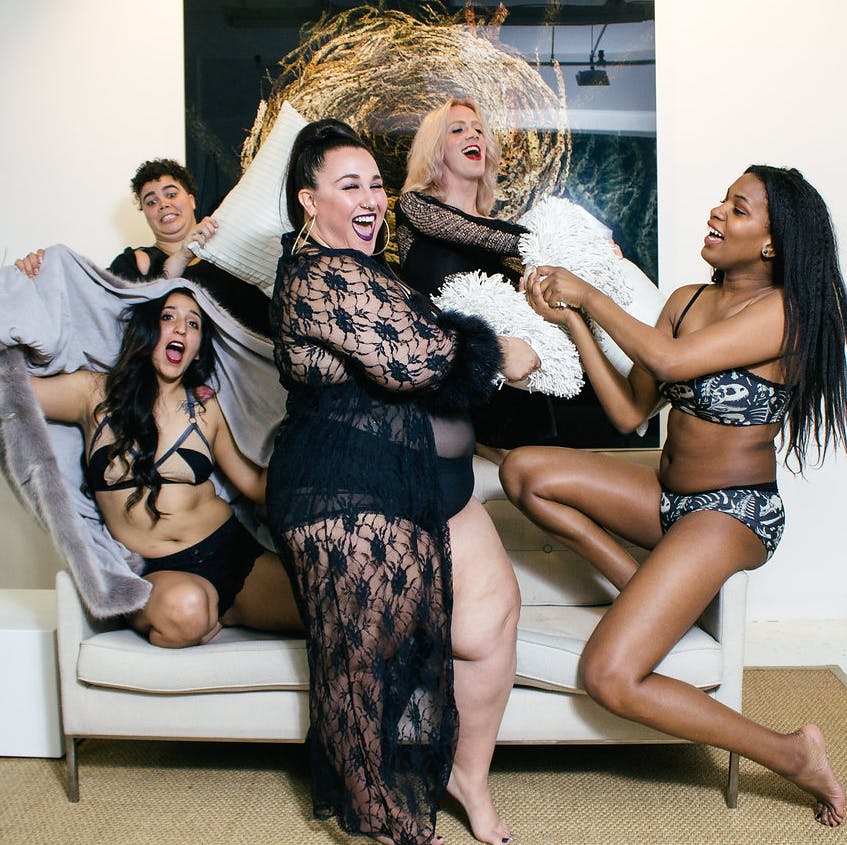 Bluestockings, an LGBTQ lingerie boutique, makes a point to work with designers who ethically source. This means no $10 bras.

Folks, this is really, really important to understand. When criticizing indie lingerie brands, there's often a lot of talk about luxury products for rich people and how this is a class issue. But indie brands are actually a pretty okay model for what things cost if they are made in a way that doesn't exploit women of color overseas.

This is a global issue because the cycles that are making us broke in the US right now are the same cycles that produce poverty for garment workers overseas. It's also a feminist issue, because it's primarily women's labor that's getting the short end of the stick here.

Sewing, especially factory sewing, has been labeled "women's work" for a long time, and poor working conditions have historically led to these women being hurt or killed in incidents like the Triangle Shirtwaist Fire (an incident which bears an uncanny resemblance to the 2013 Savar garment factory collapse.) But the difficulty and sometimes danger of this work gets ignored.

Because women's work is often undervalued, people will often assume that it can't be that hard to sew a bra. If you've ever tried it, you know it's really, really hard to get it right.

We all need to spend a little more time thinking about the hidden costs of asking for cheap lingerie. I'm not going to fault anyone who buys cheap bras out of need, but describing the problem as "the goods aren't cheap enough" isn't describing the problem fairly. There are ways of getting many kinds of lingerie on sale or for cheap, and I'll continue to point people toward that  whenever possible.

But it frustrates me to see people who know better --- feminists, often --- asking independent lingerie brands or stores who are trying to avoid unfair wage practices to publicly say that the price is too damn high. Most of the people who run these indie brands are women, and they already know people don't value their labor. You don't have to be a part of that.