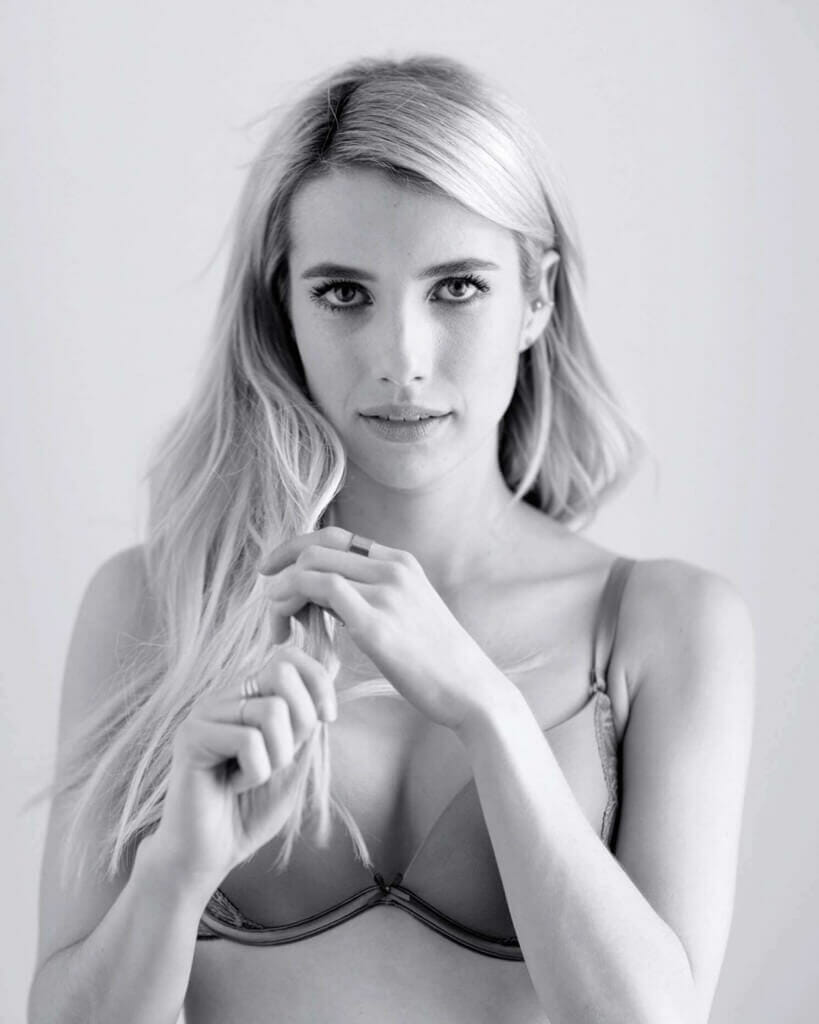 It's been a dynamite couple of years for Aerie, American Eagle's lingerie and intimate apparel sub-brand. Their Aerie Real campaign, launched in 2014, has received almost universal accolades, with a number of media outlets praising the brand's "refreshing" approach and "realness."

TLA covered the Aerie Real campaign back in January of last year. While I commended the campaign's ethnic diversity (always a welcome sight in the lingerie world), my general feeling was one of ambivalence. "Is this really the 'brave new world' Aerie is ushering in?" I asked,  "A world full of unphotoshopped models… who are identical in every way to traditional models?" Aerie Real felt in many ways like an easy win, a plucking of the very lowest of low-hanging fruit. After all, it's worth remembering "that a teenager or twenty-something model is still pretty normal by fashion industry standards. There’s nothing radical, free-thinking, or forward-moving about using conventionally attractive people to sell lingerie." 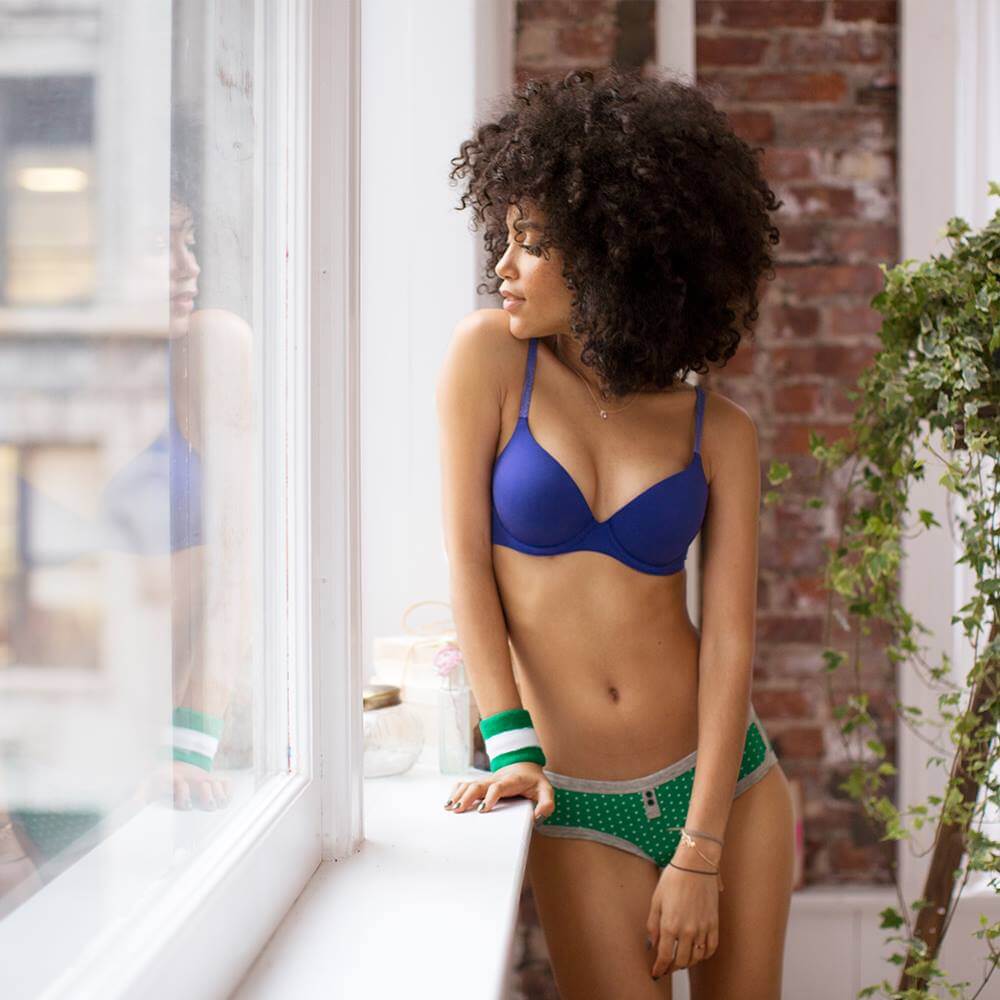 At the time, many people suggested that the brand was just testing the waters and that they needed more time ---  a proof of concept, as it were --- before they pushed in a more inclusive direction. And to be fair, I understand that perspective. Change is hard. Everyone is risk averse. No one wants to be the first to do something new. It makes perfect sense, from a business perspective, to start small and expand the scope of a campaign later. However, with nearly two years between Aerie Real's launch and today, I believe it's time to revisit the brand and re-examine their campaign. Is Aerie Real leading the industry in body positivity? Or are they simply doing what everyone else is... only with better marketing? 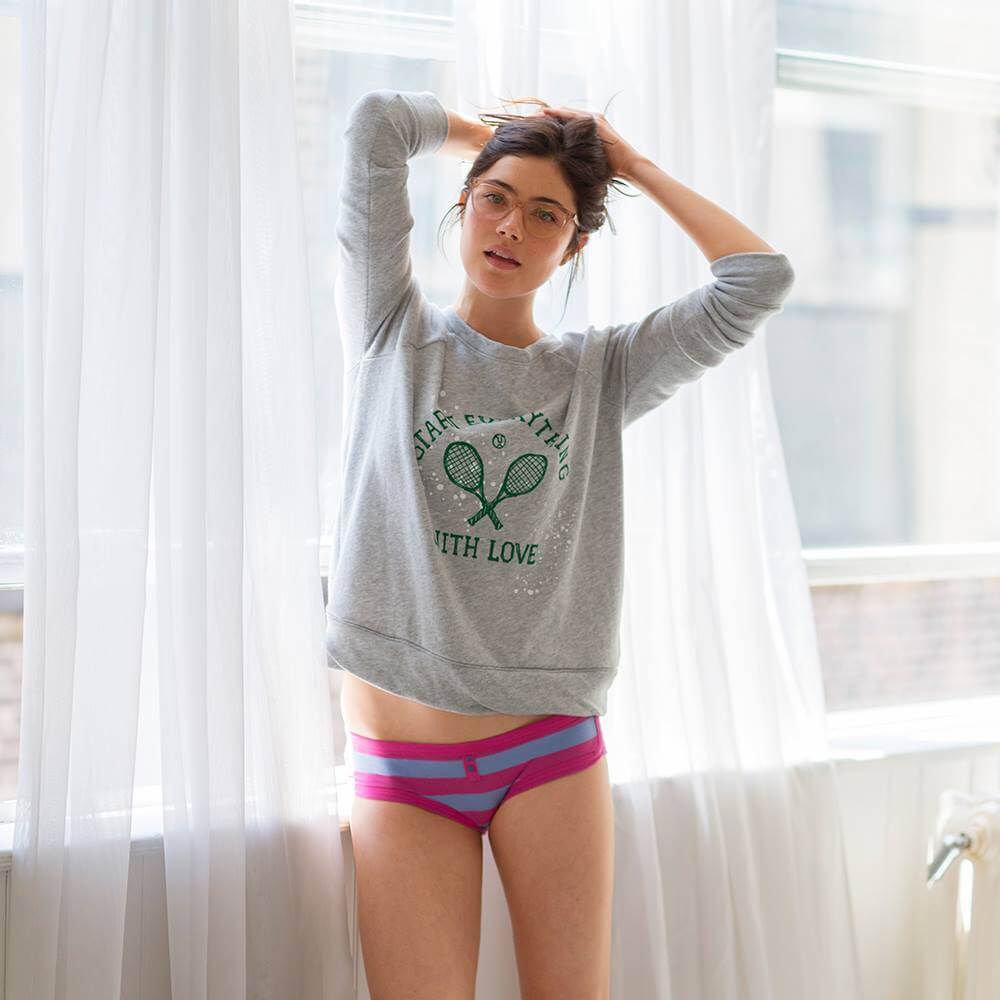 1. Was the Aerie Real campaign a success?

Because we're discussing business, we have to talk money, and the biggest metric of success a store looks for is sales. In terms of revenue, Aerie Real has been an unambiguous win. Mic.com reported a second quarter sales increase of 9% in 2014 (compared to a 2% increase the previous year), and American Eagle's interim CEO reported higher sales and earnings for Aerie in early 2015. In addition, the PR value of all that unreservedly positive press cannot be underestimated. Aerie has emerged from the lingerie shadows as a serious player in the lingerie industry. No longer are they are a forgotten mall store; many regard Aerie as a legitimate competitor to Victoria's Secret, especially for the teen and young adult market.

2. Has Aerie fulfilled its brand promise of not retouching models? 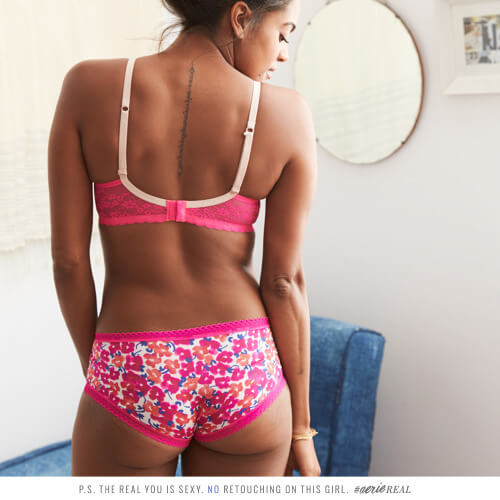 I admit, I fully expected the Aerie to walkback the Real campaign after a season or two. "Real woman" marketing has been popular in the lingerie industry for years now, but Aerie was the first major brand to commit to a "no photoshop" policy on what appears to be a permanent basis. As I'm not a photography professional, I have to take them at their word. But I do know you can do lots of things with lighting. While it is a good thing that Aerie isn't retouching their models (insofar as they've said they won't retouch them... I don't actually think Photoshop is some great social evil), these are still professional, high-quality photos using young women who are closely aligned with normative standards of beauty. And that's fine, but it does mean I believe Aerie's braggadocio around Photoshop is a little overstated... and that the media's emphasis on it is a little misguided. 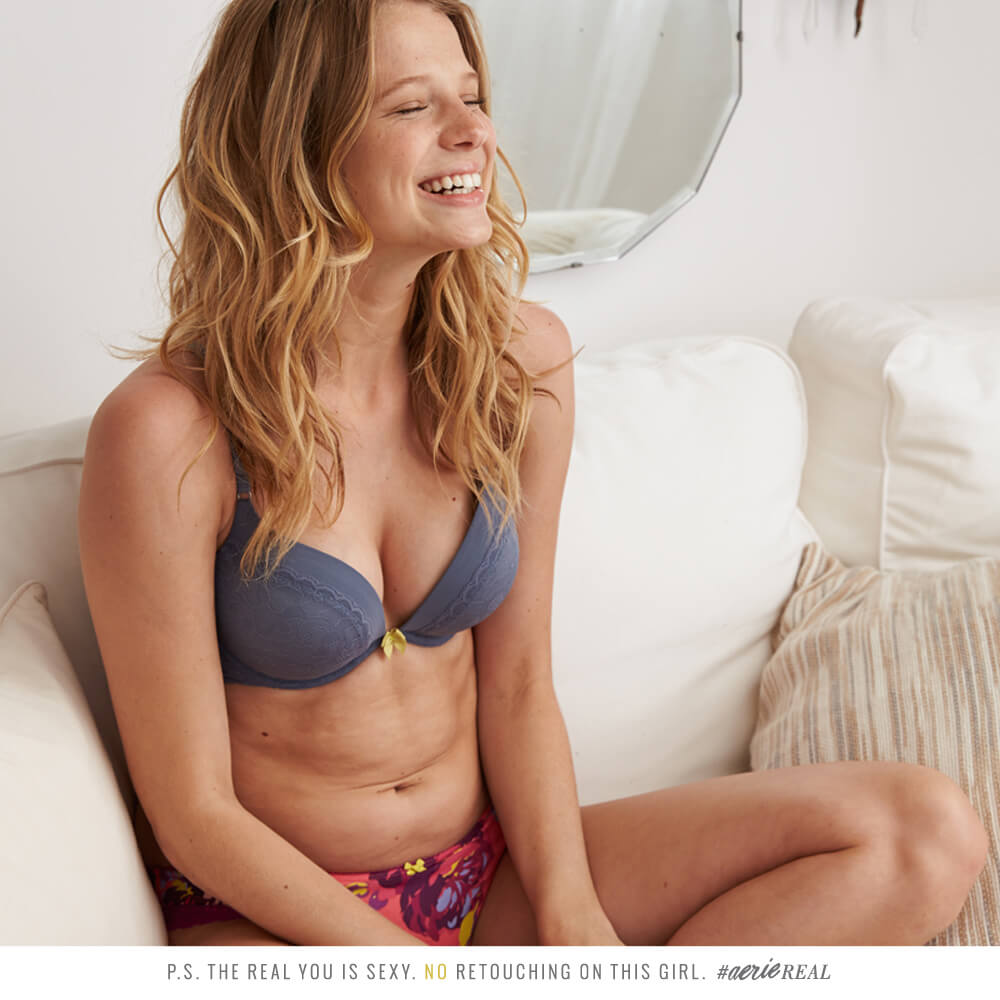 3. Has Aerie expanded the conversation on body positivity and inclusivity? 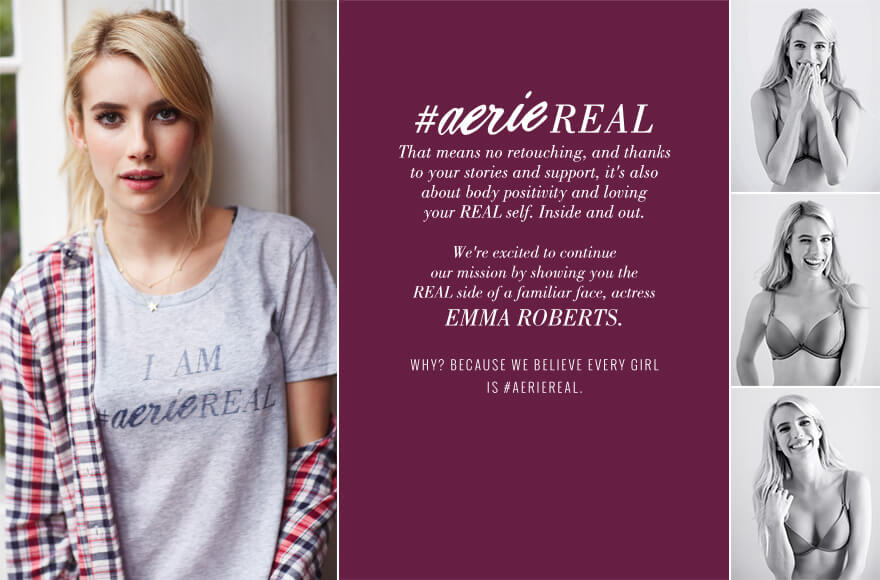 As you can see from the photo above, Emma Roberts is the latest (and certainly highest profile) model for Aerie Real. Her debut garnered the predictable press blitz with such bombastic headlines as "[She] Proves Nobody Needs Photoshop to Be Beautiful."  But how does using a traditionally beautiful woman become a radically divergent statement on beauty? This is almost Orwellian doublespeak. 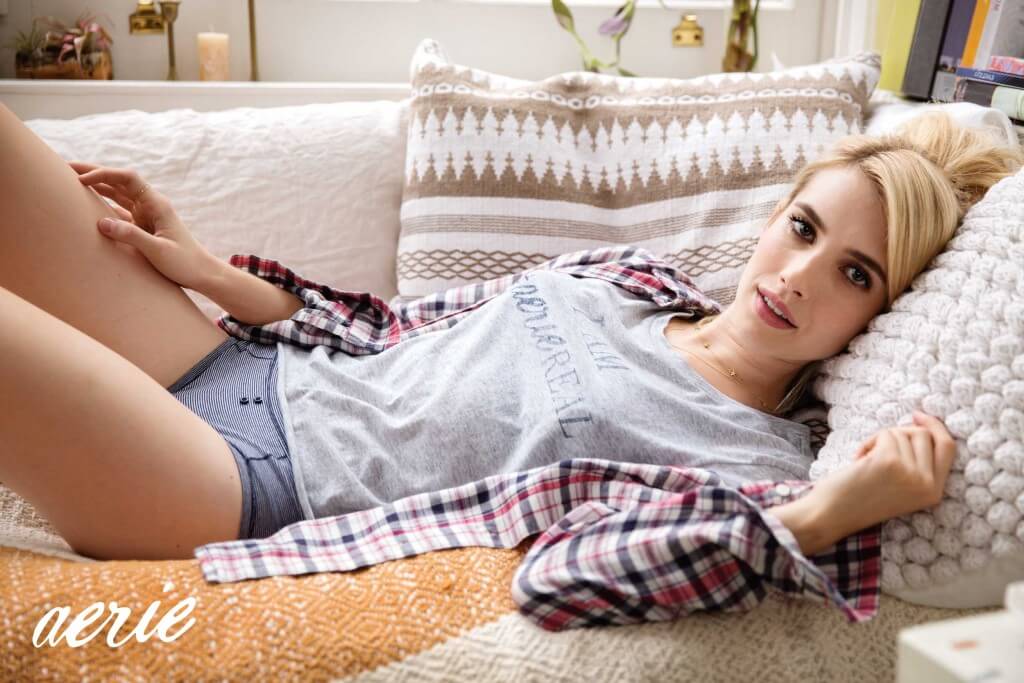 Because it has to be said, this segment is not an attack on Emma Roberts. Rather, it is worth noting that there is nothing the least bit diverse, inclusive, provocative, or groundbreaking about using a young, thin, white, blonde, conventionally attractive woman to sell lingerie. The Aerie Real campaign has been packaged, deliberately so, as a beacon of relatability, a portrayal of the way women "really are." The value of the campaign has been in a certain (tightly edited, pre-processed, yet still accessible) rawness, and it's hard not to see this celebrity-focused campaign as a significant step backwards. 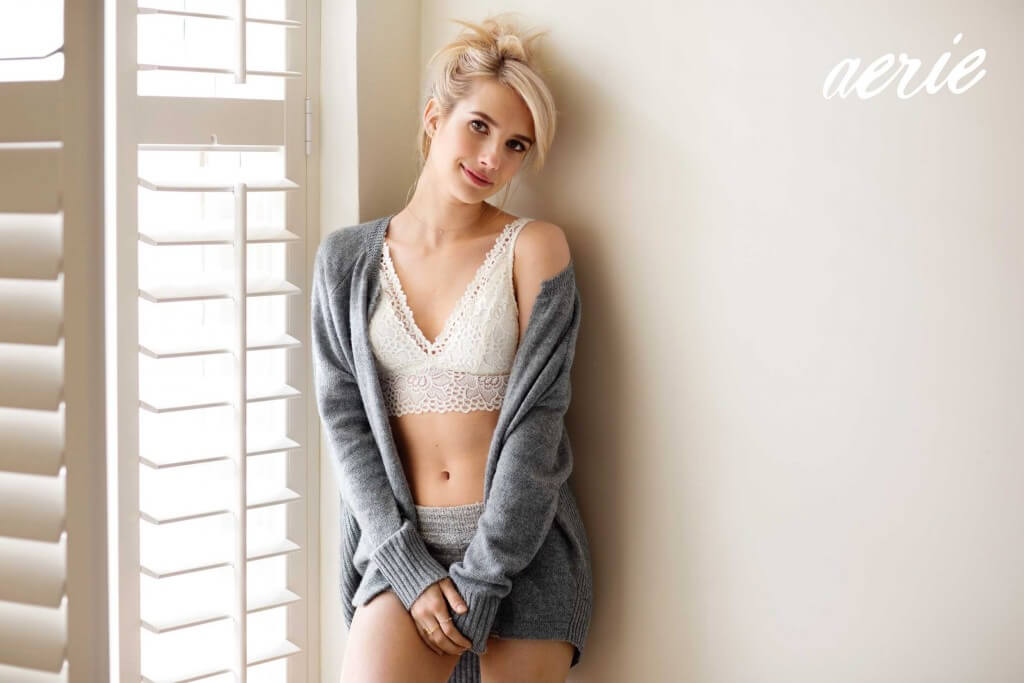 In addition, this article is not about "shaming" Emma Roberts for being thin or white or young (a common derailing tactic when criticisms of mainstream beauty standards arise). However, the body positivity movement was founded as a direct response to a culture that only tells young, thin, white women they're worthwhile. Aerie's version of body positivity is a corporate repackaging of the exact same beauty standards we've always had, the exact same beauty standards the body positivity movement is trying to expand, with literally no deviation. Writ large, it's a perfect example of how the body positive movement has been co-opted, degraded, and watered down to the point of unrecognizability. The message is clear: you don't actually have to do anything diverse to be praised for diversity. 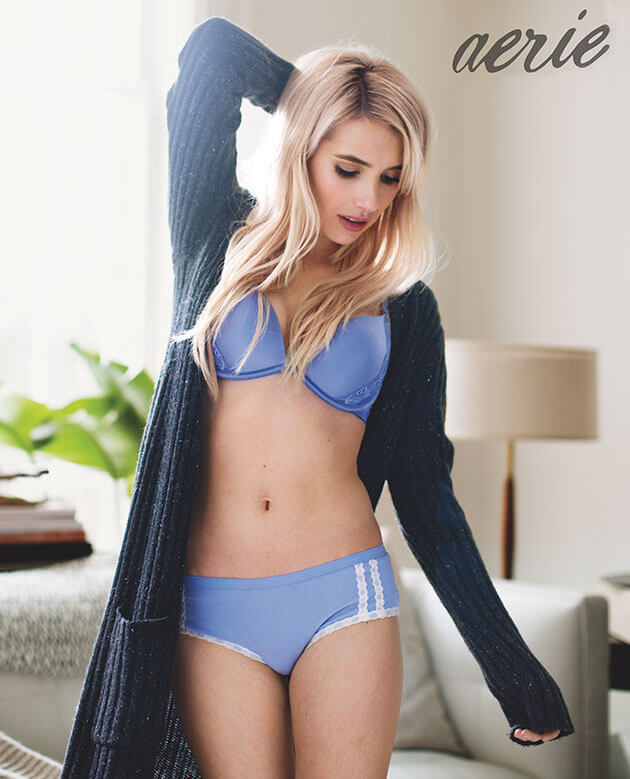 While it's obvious that anyone of any size or shape or ethnicity deserves to feel good about themselves, Aerie's campaigns are a body positivity fiction. A press release does not magically transform the norm into the extreme. For Aerie to position their latest lookbook as some sort of exception to industry standards is disingenuous, but to have that message disseminated without criticism by major media outlets is damaging. There are companies doing genuinely diverse and inclusive campaigns because they want to change what's "normal" in the lingerie industry. So far, Aerie is not one of those companies, no matter how often they say otherwise. It's hard not to see their connection to body positivity as one of convenience, existing solely because the movement is currently trendy --- and therefore profitable --- not because they're interested in promoting potentially profitless body positive values. 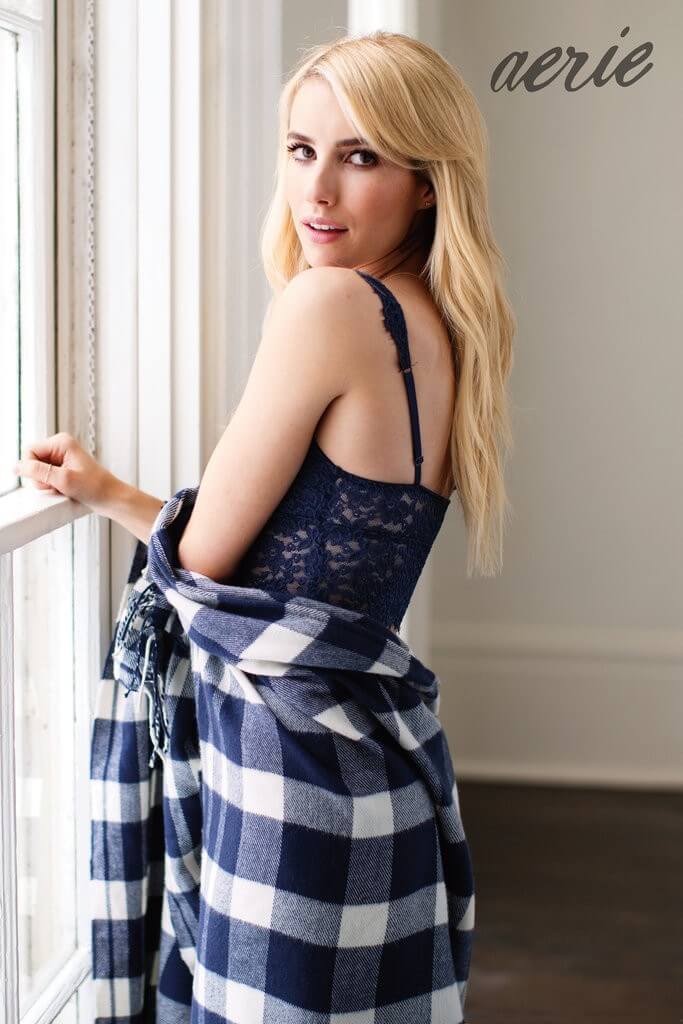 The issue of co-opting and reframing the language of social movements is a constant one; however it's vitally important that the words "body positivity" mean something. Inclusivity and diversity in the media isn't just about the warm fuzzies; it can influence how people, specifically, children, view themselves. Nor is it acceptable for others to dismiss the cognitive dissonance these campaigns can elicit as unimportant or a sign of being "unappreciative." If companies want to take up the burden of body positivity and diverse representation, then we, as consumers should hold them to that. The stakes are too high and the cause is too important for imposters.

What do you think of Aerie and the Aerie Real campaign? And how do you feel about the state of representation in the lingerie industry?