How to Shop for Lingerie (For the First Time)

By Rose September 9, 2015 in lgbtq, rose 7 comments
Share this article

When I was in high school, I owned seven identical sports bras. They were from Kohl’s, I think, and I did not try them on in the store. I bought size Medium and took them home and wore them.

I was a pretty gender-nonconforming teenager (short hair, wore boys’ jeans, shirts, and sneakers to school almost every day). So it made sense that all my underwear would be the same as the rest of my stuff: utilitarian and unfeminine. Of course, this instilled in me the idea that it’d be absurd for me to own a cute bra, a notion that took me years to shake. 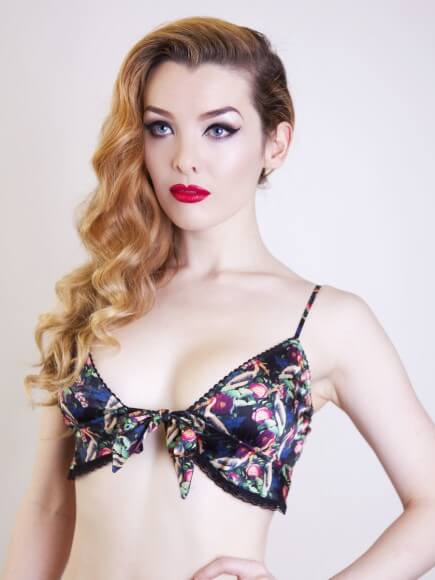 Queer people aren't allowed to dress like this, right? Wrong. Via Kiss me Deadly.

Lingerie shopping, when I finally got into it and wanted to do it, was really scary. I felt creepy stepping into a lingerie store for the first time, and every sales lady who greeted me (because this was one of those mall Victoria’s Secrets where everyone has to say hello to you 700 times) made me feel like I was being noticed. That I was profoundly out of place there.

I don’t think I bought anything the first time, just nervously felt up some panties and left. But over time, as I became more invested in having lingerie and better at making decisions about it, I realized I went about it all wrong the first time. Here’s what I suggest if you, like many queer and trans people, are going after women’s lingerie for the first time:

1. Bring someone you trust. 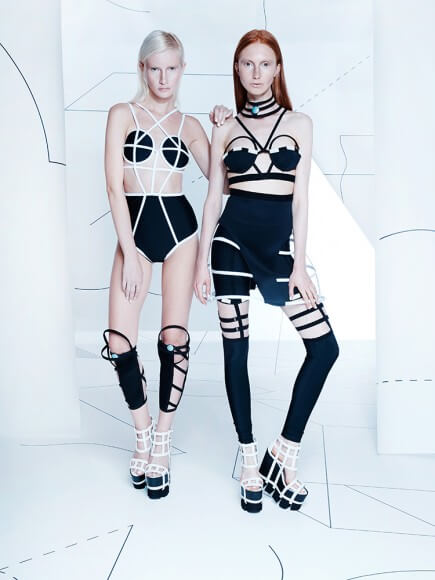 The best "lingerie is a buddy system" picture on the Internet. Via Chromat.

Whenever you do something difficult and scary for the first time, it’s a good idea to bring someone who’s old hat at it. Nobody skydives for the first time without an instructor, unless something has gone horribly wrong. Why should lingerie shopping be any different?

It can feel a little weird to ask someone to shop for lingerie with you, but if you can muster up the courage, a lot of women and femmes are happy to share their expertise. Although they may have different expectations than you, so be sure to:

2. Be really honest about what you want. 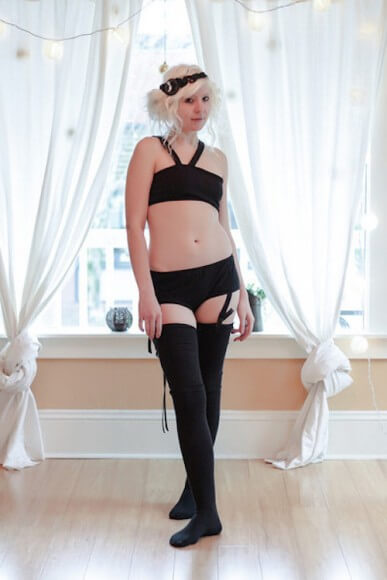 Don't be afraid to be specific: someone might be making what you're looking for. Asymmetrical bra by Under the Root. Via Bluestockings.

I do a lot of lingerie shopping with my girlfriend, who is cis and super femme and mostly buys lingerie to maximize her already-great feminine wiles. I’m not always chasing that look, so I try to be really specific with her (and myself) about what I want.

If I need a bra to minimize my chest, or if I’m looking for lacy stuff to just wear for myself alone, or if I want underpants that walk the line between for-women and for-men: I try to clarify as much as I can. If I don’t have a specific item in mind, but just a feeling, I’ll say that too. “I want to look like a gay anime boy” is a sentence I’ve uttered with zero irony.

3. Look online ahead of time. 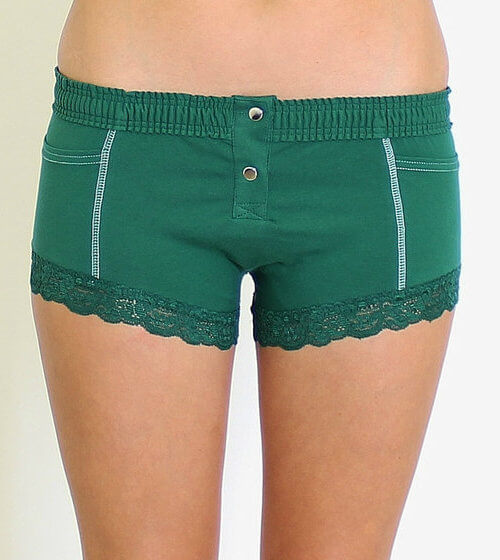 If you look at the offerings online at Aerie or what have you and it’s just clearly not for you (or they don’t carry your size) you can just... not go to that store! It’s okay to skip things that you know in advance are not your jam. If you like a retailer's online presence, you can make a list of items you want to try on.

There are also some great stores, like Foxers, with a web-only presence. Other good reasons to browse online: fit guides, reviews, and shopping guides from other people who share your gender and presentation.

4. Try on a few different styles and colors before you decide lingerie just "isn't for you."

This may sound contradictory to the last piece of advice. But here’s the thing: once you’re in a store, a vague uneasiness may set in that says that none of this is “for you,” even if you liked the styles when you saw them online. Even if you like them now.

I think of this as lingerie imposter syndrome. As a very queer gender weirdo I all the time feel like I’m not allowed to have the things I like. Don’t be like me. Try on the things you think are pretty. If you don’t feel it once it’s on your actual body, then and only then is it not for you. 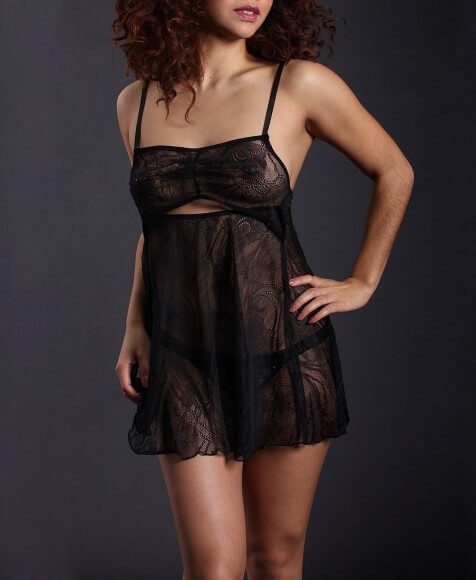 Independent lingerie designers will generally give you the most bang for your buck (if you're prepared to spend it). Via Between the Sheets.

Especially if lingerie is new to you, setting a budget is a good idea. I don’t just mean a maximum; a minimum is just as important. Get comfortable with the idea that if you’re going to leave the store with at least one bra you will probably spend at least $30.

Wrapping your head around these numbers (and their impact on the rest of your budget) before you go out will make you less likely to come home with nothing but the vague feeling that everything is too expensive.

Earlier this week, Cora noted that quality lingerie costs more than big box store lingerie, and that corporations set an unhealthy expectation for what a product should cost. This double standard deters people from buying the things they really want by offering up the idea that it’s somehow self-indulgent to own one perfect thing instead of three things you’re dissatisfied with. Set a budget based on the prices of the things you really love, and then be prepared to spend that money. 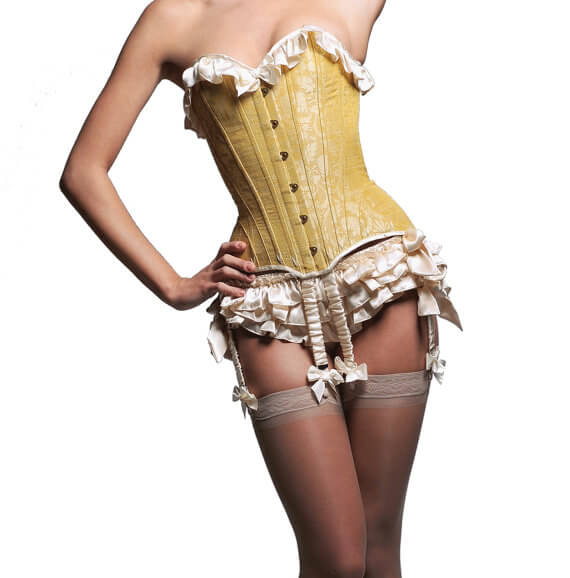 This might be a bit much for Day One. Via Angela Friedman.

I try not to go lingerie shopping on a day that I’m planning to hit up a lot of other non-lingerie stores, because then I lose focus. I try to shop with a plan: “I want to buy three pairs of everyday underpants and one new bra.”

I take breaks to sit in a coffee shop and rest my feet. I don’t try on more than four or five bras in a row because it leads to Bra Chafe and tired arms. Remember your physical limitations. Bring water and meds if you need them. If you feel defeated, take a break or call it for the day. Lingerie, like most aspects of presentation, is a process.

7. If the sales people make you uncomfortable, it’s okay to chase them away. 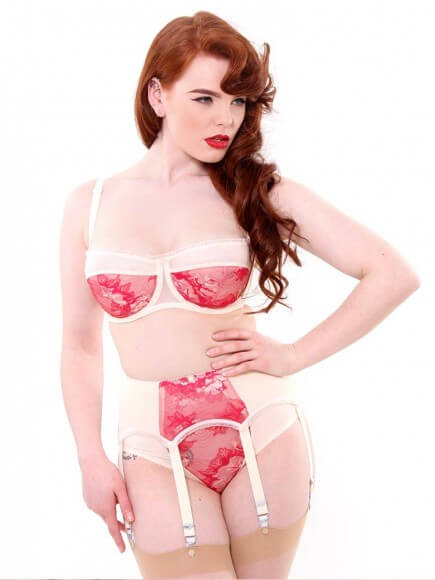 If the sales staff get too persistent, throw 'em this face while you rock this look. Via What Katie Did.

Probably due to a combination of being genderqueer and generally not okay with being touched by strangers, I don't like when lingerie salespeople want to measure me and assess my lingerie needs. Especially if you’re going into a big chain, the sales folks are often under direct orders to try and get you to submit to a bra measurement.

If you want yours done, great! Go for it! They’re nice people and bra measurements are a good starting point for sizing (although they’re not an exact science). But if the very thought of measurement chills your bones the way it does for me, it’s okay to tell them no. I've started saying “I’ve got this, I’m a lingerie blogger.” I give you permission to use this line even if it’s not true. It shoos people like nothing else.

8. Remember that lingerie is a non-mandatory and fun part of being a human. 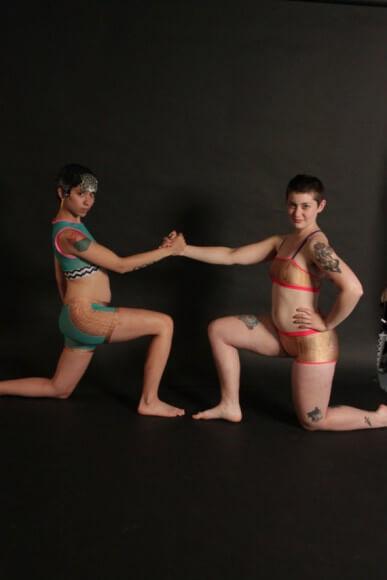 You should be having at least this much fun shopping for lingerie. Woodgrain boxers via Rebirth Garments.

If you want to own seven identical sports bras and nothing else, that's okay. If you find all underwear uncomfortable and want to go commando forever, that’s okay.

Engaging with lingerie should be a fun way to express your gender, personality, and style, not a thing you do out of a sense of obligation to Society or your partner or How People Like Me Should Look. There are so many options that hopefully, there’s something out there that you’ll love.

What do you wish you'd known the first time you bought lingerie? Tell us in the comments!