Bra Fitting Formulas: Is the "War on Plus Four" the Answer?

By Cora Harrington January 26, 2012 in bras 81 comments
Share this article 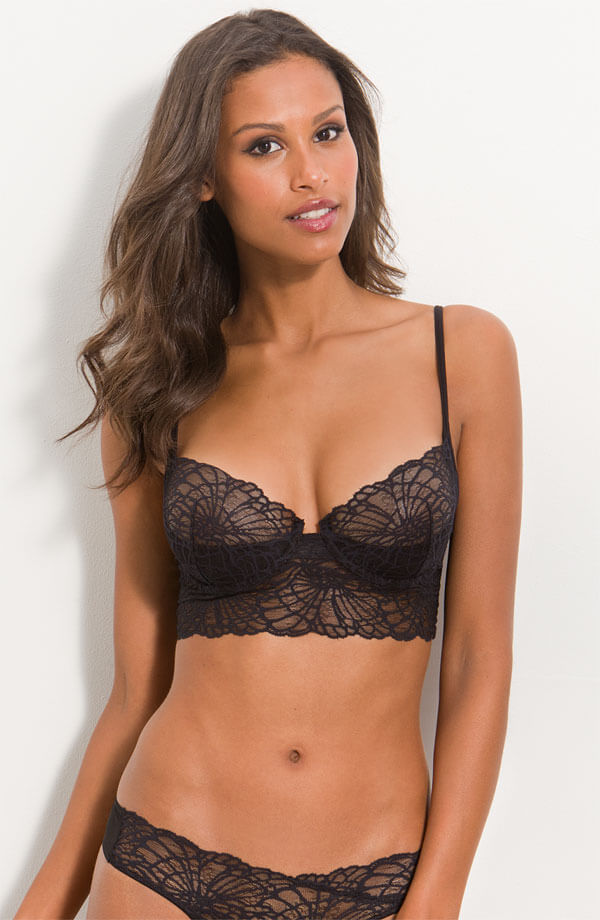 There's been a really heated debate happening on Twitter today, and though I usually try to stay out of these (almost nothing good comes out internet debates), this is one case where I feel genuinely compelled to offer an alternative point of view.

If you've not yet heard of it, The War on Plus Four is the brainchild of Busts4Justice, a UK-based lingerie blog that achieved worldwide fame when they protested Marks & Spencer charging more for DD+ bras. The group won their fight in 2008, and Marks & Spencer now offers only one price for all sizes (and rightly so, might I add).

While I wasn't around for that campaign, I am here for their latest one... the #waronplusfour.

The core argument of the War on Plus Four seems to be that the traditional bra fitting formula (namely take your underbust measure and add four) fails the vast majority of women, so the preferred approach is to take your underbust measure and purchase bras with that same band number. So, for example, instead of wearing a 34 band as I do now, I'd wear a 30 band or, at most, a 32 band.

There's only one problem though, the last time I tried a 32 band, the bra didn't fit. At all.

I don't want to come across like I'm deriding the War on Plus Four campaign, because I'm not. Bra fitting is an intensely personal subject, and, as such, it stirs a lot of intensely personal emotions. And I firmly believe that the more education there is around bra fitting, the better, and that includes giving women alternative methods for thinking about their bras and their bra size.

However, my biggest concern with the War on Plus Four is that it seems to want to switch out one formula for yet another formula, and that's disconcerting to me. While there are hundreds (and more likely, thousands) of women for whom the +4 formula doesn't work, there are just as many (like myself) for whom it does.

Yet when I've brought up my personal experience to others bloggers I respect and admire, like Invest in Your Chest and Butterfly Collection, I've been regarded as a bit of a unicorn. And when I've mentioned this issue on Twitter, I've had people insist I have no idea what I'm talking about and must be wearing the wrong size (I'm not, by the way. I was refitted last month and I'm still a 34 band). More than anything, I think it's that outright denial that concerns me. If the +4 method doesn't work for everyone, why would the +0 method work for everyone? And why would that be so hard to believe?

Though I haven't seen anyone address it yet, one of the things I have noticed is that the War on Plus Four seems to fall along full-busted and not-full-busted lines. In other words, most of the issues I've heard around the +4 measurement are coming from women with D cup breasts and higher. I asked Linda the Bra Lady about this on Twitter, and she was kind enough to share some of her 25+ years of experience with me. Most of it seems to boil down to this: bigger boobs require a tighter back.

By Baby's Rules, another lingerie blogger (and one I wouldn't have discovered without this conversation) also revealed that muscular women and thinner women often have to add inches due to larger lats and less cushion over the ribs.

Finally, Alicia from PJLingerie, reminded us there are other factors to keep in mind, such as breast shape, density, and so on.

All this tells me that the solution to an inaccurate rule isn't to develop  another inaccurate rule. Or as Amaryllis (who really does need to start a blog of her own... she's just that awesome) says:

Which is completely and 100% true.

Instead of coming up with a new rule that still won't fit every woman, why not focus on bra fitting education? While I'm lucky enough to live close to BelleFleur Boutique (where I got my last bra fitting) tens of millions of women aren't within driving distance of a decent lingerie store. And for tens of millions more, even when they do happen to be near a lingerie boutique, luxury lingerie is outside the reach of their budget.

If there isn't a lingerie boutique in your neighborhood, Linda's Bra Fit Calculator has gotten rave reviews from women of all sizes, and I also like that she has a special Bra FAQ page to address common issues.

What do you think of the War on Plus Four?