How Roller Derby Affected My View Of Body Image 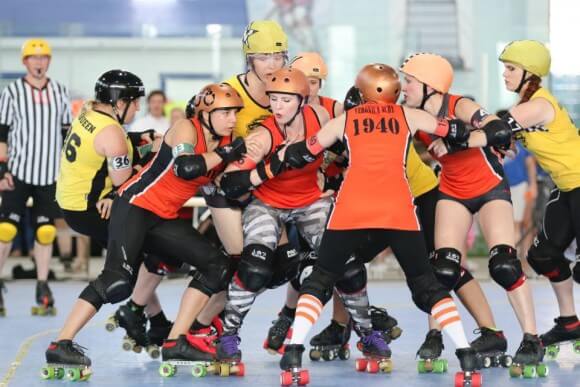 You've heard of the Kentucky Derby, and the city of Derby, but how about roller derby? It is a typically all-female contact sport, made popular in the 1930s, with a group of spunky women roller skating around a track and duking it out to get to the front of the pack. Roller derby has seen a resurgence in the last 10 years and has become a popular sport recognized around the globe and loved by millions.

What does roller derby have to do with lingerie, you ask? Aside from the helmet cover that the jamming skater wears being called a "panty," it doesn't --- not directly, anyway. But I've been fortunate enough to be a part of the roller derby community in New York City for the past five years and I have learned a lot. Derby has not only changed my life for the better, it's also helped to change my view on body image and the fashion and lingerie industry as a whole. 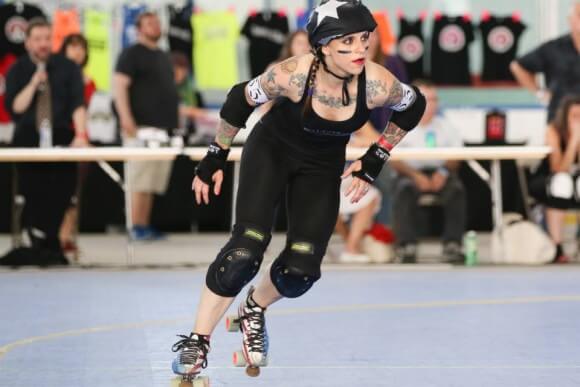 Suzy Hotrod, one of derby's most famous skaters, photographed by David Dyte

Before you start envisioning scripted brawls and violent over-the-top spills, let me start off by saying that modern day roller derby is a regulated sport. It may have had that theatrical spin back in the day, but today it is a true athletic sport based on agility and endurance. There is a long list of rules enacted by the Women's Flat Track Derby Association (WFTDA), which almost 98% of leagues abide by. Skaters use their hips and shoulders to block opposing players. Violence is prohibited as the two teams skate around an oval-shaped track in an attempt to have their team's "jammer" pass each member of the opposing team to win them the most points. 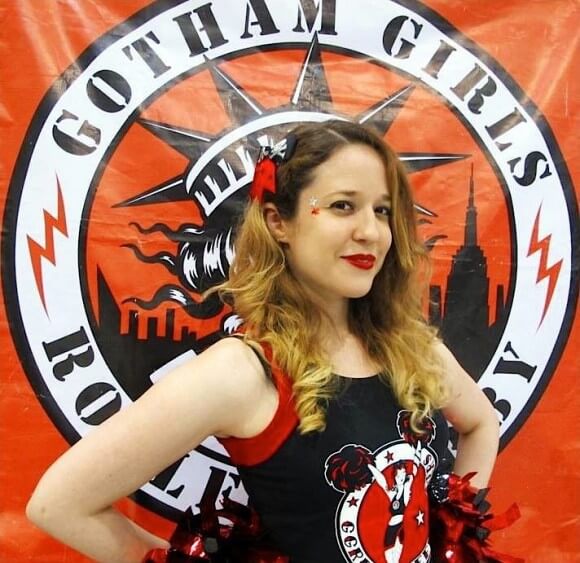 Me as Dita Von Sleaze

While I wish I could say I partake in the skating aspect of the sport, my role in the derby world is actually as a member of the support staff for the Gotham Girls Roller Derby in NYC. I do not skate and would never even try, as I was not graced with the gift of balance on wheels! Instead, I take part as a jeerleader: an alternative cheerleader of sorts, serving to get the crowd riled up and cheer on the players to victory. I get to jump around with pompoms, yell at people, and do a dance routine during halftime all for the love of roller derby. It's a blast and quite the cardio workout! And of course, no derby member would be complete without their roller derby name, which tends to be a humorous pseudonym, often with satirical undertones or illusions to pop culture. Naturally, my derby name, Dita Von Sleaze, happens to be an homage to my favorite burlesque dancer of today! But it's the community that really makes the sport what it is and I feel proud to be a part of it. 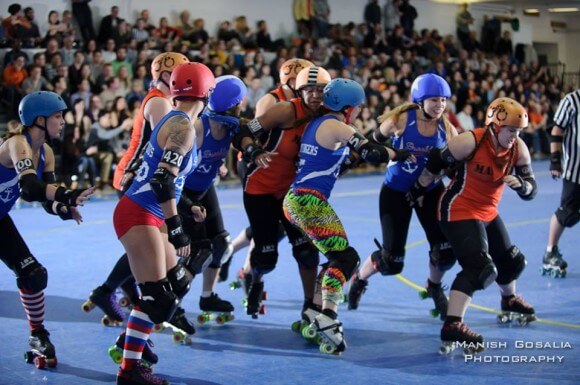 One of the greatest things about this community of alternative athletes is the welcoming aspect extended towards anyone and everyone with an open mind. It is here that I slowly gained my confidence back after years of body shaming, and began to realize I didn't have to compete with other women in order to be validated. So many amazing women in this sport are super stars and are acknowledged for their skills on the track or their unwavering strength and support. Their self worth is not based on their looks or dress size, as I was repeatedly taught after years working in the fashion industry. I finally found a place where no one was judged based on the way they looked, and it felt like a great weight being lifted off my chest. The community is welcoming of people of all shapes, colors, ages, sizes, sexual preferences, and styles who continually encourage creativity and uniqueness on all levels. 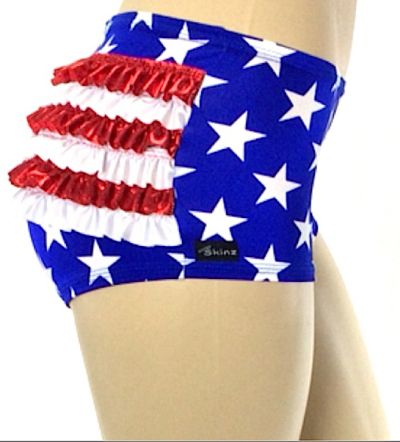 And let's talk about the fashion! If you attend a bout anywhere in the world, you're bound to see lots of fishnets, glitter, and tutus, along with an array of fun and colorful boyshorts worn under uniforms or over leggings. Tattoos abound while glasses, petticoats and neon hair are nothing out of the ordinary. Between the colorful style of the derby uniforms and the quirky-cool aesthetic of their many fans, I've found so much inspiration for my lingerie and hosiery designs ranging from pin-up to grunge to glam rocker. It's refreshing to see something other than the mainstream, over-sexualized lingerie being celebrated in a safe place, and these women wear it all with unabashed confidence, apologizing to no one for who they are. 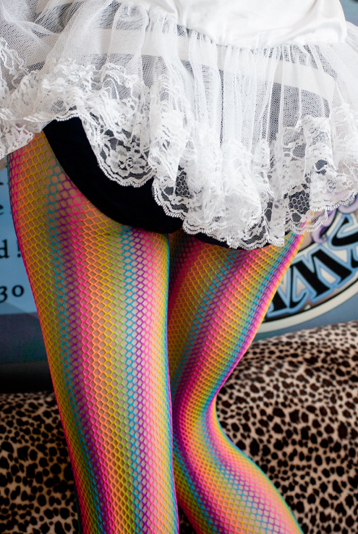 All this inspiration throughout the past few years has not only opened my eyes to the growing wave of feminism spreading throughout the country, but also has given me worlds more confidence in myself and my abilities as a woman and a designer. It has inspired me to consider launching a derby collection of underwear that walks the line between athletic wear and lingerie. I'm envisioning punky details like rainbows, glitter, and leather, but with top quality fabrics and (of course) some serious attitude! I would want them to be comfortable, durable, and fashionable, made ethically with humor and an entrepreneurial spirit. I envision them being modeled by people of all different genders, colors, shapes, sizes, and ages to reflect the diversity of this colorful sport. But until I can get this idea up and running, I'll settle for just basking in the awesomeness of those I've met through this community, and enjoying the judgment-free zone that has me finally feeling accepted for just being me.

(The 2015 Gotham Girls Roller Derby season is coming to an end now but you can follow them here to get updates on the upcoming 2016 season.)

Have you been to a roller derby bout before? Would you wear derby-inspired lingerie?