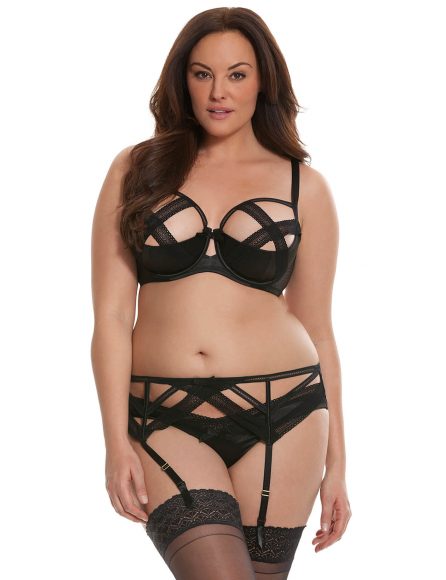 Think back to the last lingerie commercial you saw on TV... okay, can you picture it? Now take a minute and watch these.

The first ad is the latest TV spot from Addition Elle for Spring 2015 and the second is a similar ad from Lane Bryant in 2010 (Note: the second ad has since been taken down). Both star Ashley Graham, a superstar of the lingerie world.

What else do these two ads have in common? They were both banned from major tv networks before they could even air. In 2010, networks cited "too much skin" as the reason, while the 2015 ad was deemed "too racy" and relegated to movie theaters as an ad to accompany "50 Shades Of Grey".

These ads are notable because they're two of the most visible attempts in recent years to show plus size women as sexual beings in attractive lingerie. While Victoria's Secret gets major ad placement and even a fashion show, networks seem to feel that consumers will be either confused or offended by seeing plus size women in similar garments and circumstances. 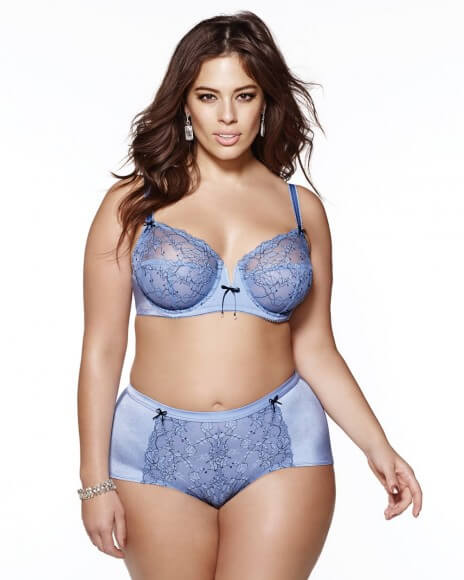 Personally and as a lingerie professional, I loved these ads. While I'm no Ashley Graham, the idea of seeing a woman with a body even remotely like mine rocking a sexy lingerie set on television is a thrilling novelty. I also love the idea of mainstream television viewers being exposed to these positive images of plus size people. Studies have demonstrated that frequent exposure to different body types can broaden people's perspective when it comes to body positivity, so what better place to start than in commercials? 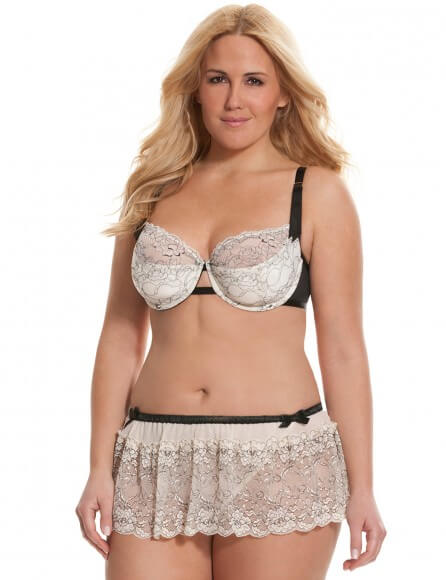 In reality, all plus size women know that this is true. I've lost count of how many plus size women I know who are with tall and slim partners (myself included) and plus size lingerie is booming - a sign that plus size women are rightfully seeing themselves as attractive and deserving of things like pretty lingerie.

These ads portray strong women who are in charge of their own bodies, who are wearing pretty lingerie because they love it and who are excited about the sexual relationships they are in. So why do these ads keep getting banned?

In part, because while the reality of being a plus size woman is getting a tiny bit better, the conversation about plus sizes and fat isn't. Newspapers still cover the obesity epidemic like it's the plague that is going to come for us all and schools even occasionally send notes home to parents when a child is considered too heavy to be acceptable.

It's impossible to read a positive article about plus size issues on the internet without some commentator immediately accusing the writer of promoting an unhealthy lifestyle. Our society has enough conflicted feelings about sex to start with: combining sexual ads and plus size women is enough to make people's heads explode. 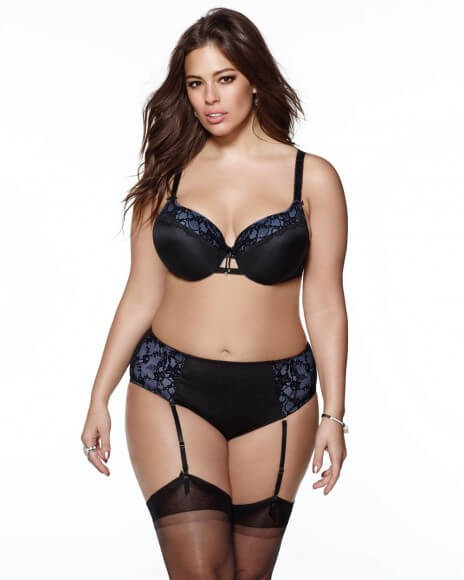 Realistically, ads like this won't be able to air without comment until the entire public conversation about plus sizes, health and the "health at any size movement" changes. Television networks don't want to deal with nasty letters about how they're promoting obesity when they air an ad in a major time slot, so it's easier ban these ads with flimsy excuses like "too racy" and "too much skin."

As you can see, none of these are any worse than a Victoria's Secret ad and both are less racy than those awful Go Daddy commercials that the Superbowl keepS airing. The upside is that banning the ads is part of what got them all the attention and media coverage in the first place, leading to lots of positive press coverage and several thoughtful interviews by Ashley Graham herself. As Ashley Graham points out in one of her interviews, "America is getting bigger, and women want to see themselves instead of the image of what society says they should be."

We need stop conflating "plus size" with "self-inflicted illness" - it's unfair to plus size people and it's unfair to people who are actually sick. Access to pretty lingerie shouldn't be dependent on weight or health: it's something everyone should have without judgement. That includes anyone who is plus size, even if their health isn't perfect.