By Cora Harrington October 1, 2014 in featured 36 comments
Share this article 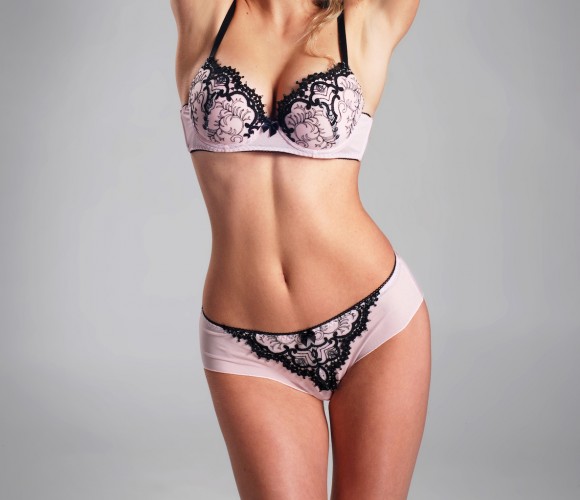 In the 12 months since, I've thought a lot about how lingerie is minmized in the fashion world. Yes you have your Victoria's Secret and your Agent Provocateur, but generally speaking, the lingerie dialogue is limited to just three main topics: bra fit, shapewear, and how lingerie is ruining the lives of girls and making it impossible for them to become doctors. The rich, complex world of intimate apparel - the fashion of it, the history of it, the economics of it - is narrowed to less than a handful of "acceptable" topics, with everything else deemed "too sexual." And I believe that stance has a profound effect on how women, both younger women and older women, see and relate to their bodies.

First of all though, let me just say that this article has nothing to do with being anti-porn or anti-sex. As a matter of fact, I don't think the ethics of porn has anything to do with this particular discussion. And, of course, I have zero interest in vilifying sex; if lingerie makes your bedroom life better, more power to you. Rather, I want to talk about why lingerie is always assumed to be sexual, and what that means for women's bodies. And yes, I'm aware that women are not the only consumers of lingerie, but I believe the specific kind of sexualization I'm talking about here happens almost exclusively to women.

As a lingerie blogger and, more importantly, as a consumer of lingerie, I firmly believe that intimate apparel, as the name implies, is a deeply personal form of attire.  It can be an entirely valid means to self-discovery and self-expression, and for some people, their underwear is the only place they get to truly be who they are and wear what they want. That is a powerful thing, and it makes me sad that the topic is almost always suppressed in favor of easier, more "socially appropriate" ways of discussing lingerie.

Of course, chances are that if you're a regular Lingerie Addict reader, I'm preaching to the choir. TLA is a place to talk about the fashion of intimate apparel with a smattering of social commentary, but we're constantly bumping up against the walls of censure and censorship. From the little things, like emails from readers who wonder what my family think of my "lifestyle," to larger things, like being disinvited from programs or opportunities because the content of my blog is "offensive," I am constantly reminded that lingerie is a special case. There's room to talk about it terms of pure practicality (bras and Spanx) or pure sexuality (either as a bedroom aid or an assault upon our youth), but not much room for any nuance or subtlety between those positions. It's as strange to me as if the conversation on shoes was limited to orthotic sandals and fetish heels. Obviously, there's a lot more to choose from in the world of footwear than those two things!

Now I'm sure some will argue that lingerie is different because it's worn directly on the body, right next to the skin. Specifically, it's worn on a woman's body, and even more specifically over areas like the breasts and genitals. And I can understand having a certain delicacy about private areas. But what I don't understand is the titillation that's automatically attached to women's underwear in a way that's not attached to men's. Or rather, I should say I do understand it, but I don't like it.

To assume that lingerie is always about sex ignores the role women have, the role women should have, in determining what their attire means to them. It reminds me of how, historically, "good" women had to avoid makeup, lest they be seen as "loose" women (a stigma I don't believe has entirely gone away yet, though it is better) or how a woman in pants was seen as scandalous and shocking and "manlike." It's taken for granted now that cosmetics and trousers can have multiple meanings, but lingerie hasn't achieved that status yet.

When intimate apparel is seen as something that exists primarily for sex, it becomes "vulgar," and, by extension, the bodies wearing it become "vulgar" as well. All of a sudden, an exposed bra strap, a visible pantyline, or the slightest hint of a nipple becomes a disgrace. The body itself is stigmatized, and that stigma has huge consequences. I've had so many conversations with women who don't even know the most basic things about their own breasts and genitals. And that kind of shameful ignorance results in damaging myths, from our idea of what a "normal" or "average" breast looks like to the myth that bras cause breast cancer. A climate where women's bodies are seen as a problem is a climate that encourages women to be ignorant about their bodies.

Lingerie is not porn. Women should be able to talk about their bodies, to share photos of their bodies, to speak about their bodies, in editorial, artistic, or health-related contexts without being told that what they're doing is equivalent to sex work. And again, there's nothing wrong with sex or sex work, but self-determination matters. Women have the right to decide which communities they want to be a part of, and women should have the right to exert some say in how their bodies are perceived. We should feel comfortable talking about our bodies publicly without having to worry about being involuntarily turned into sex objects.