By Cora Harrington March 10, 2020 in independent, lgbtq, lingerie as outerwear, lingerie of the week, loungewear 2 comments
Share this article

Androgynous, gender fluid clothing is a topic that's becoming increasingly popular in the fashion industry, though it is still very much at the margins. This is in no small part because the people primarily advocating for these less binary options are also on the margins and frequently members of the LGBTQIA+ community.

Personally, I'm of the opinion that all fabrics are gender neutral. Lace, satin, velvet, fur...all the materials we think of as "feminine" today were once worn by all genders (and sexualities), as they were more a symbol of socioeconomic status rather than an indicator of one's gender. Today, I believe it's time to "de-gender" these materials again. Because why shouldn't everyone wear lace if they want to?

Yet a frequent complaint of gender neutral fashion initiatives is that they substitute more masculine-coded attire as "androgynous" attire, which reinforces the idea that men or masculinity as a concept is "genderless" with femme and feminine clothing being the deviation. Masculine "androgynous" clothing also supports the idea that there is something inherently preferable about masculinity. Unfortunately, this leaves few options for folks who both want to explore androgyny and maintain their individual sense of style. Gender neutrality shouldn't have to mean bland, boring, and baggy.

That's why I like these Fomme pajamas. I don't remember where I first saw (though it was almost certainly on Instagram), but I do remember feeling instantly enchanted. As an aside, I'm 100% sure this material isn't lace, but we're just gonna with their product description right now. I love the interplay of sheer mesh with velvet flocking, especially because velvet is such a tactile material.

More than anything, I love how brands like Fomme playing with what gender fluidity can be. What can fashion look like when folks are unencumbered by (fairly recent) traditional ideas of masculinity and femininity?

While brands like Les Girls, Les Boys received a massive amount of media attention for being "androgynous," neither their clothes nor their site really followed through on that promise. And though brands like Menagerie are among my favorites, they're not branding themselves as a gender fluid company, but as one for men. (Relatedly, I bought some Menagerie briefs for myself from a sample sale, and I dig them).

While Fomme's sheer pajamas will likely remain out of my budget for the foreseeable future (I'm certain their prices are justified, especially as an indie label, but I'm not quite able to afford $300 for a shirt and pants ensemble), I really, really hope the people who can do. I want brands like Fomme to continue to create fashion-forward, gender neutral designs for years to come. 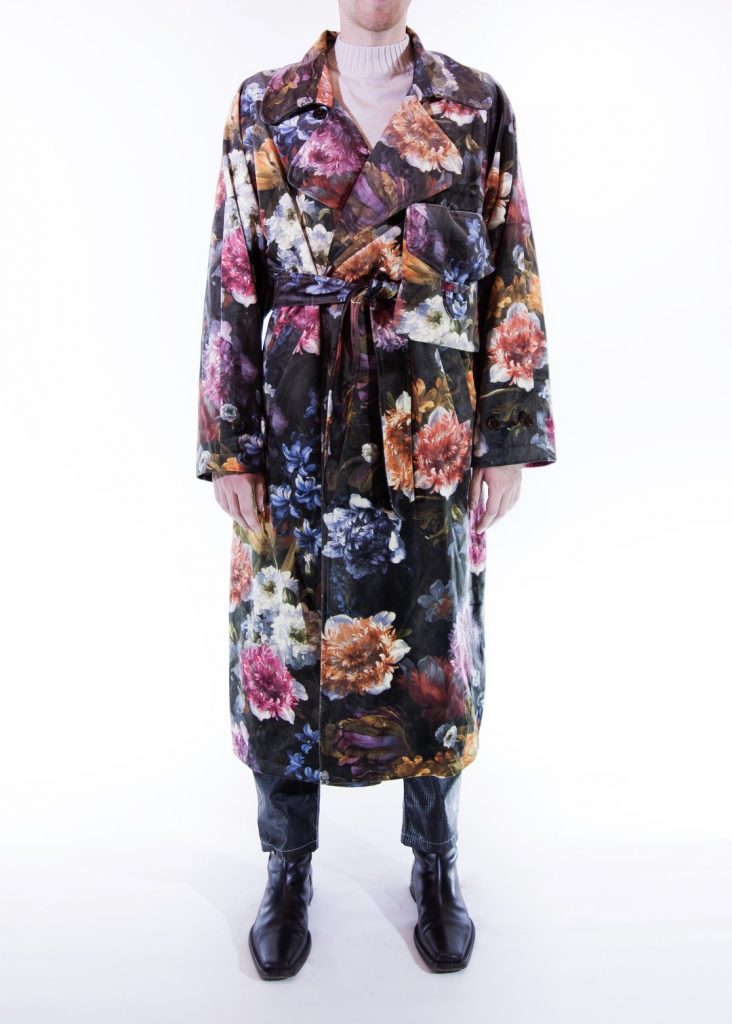 Finally, last thing, though this article is about pajamas, I genuinely need this velvet trench coat, y'all. Isn't it the most perfect thing?

So let's talk. What are your thoughts on Fomme?