Bras and Bankruptcy: What's Going On At Agent Provocateur?

Catherine Clavering is the Founder of Kiss Me Deadly, a retro-inspired lingerie label for femme fatales. 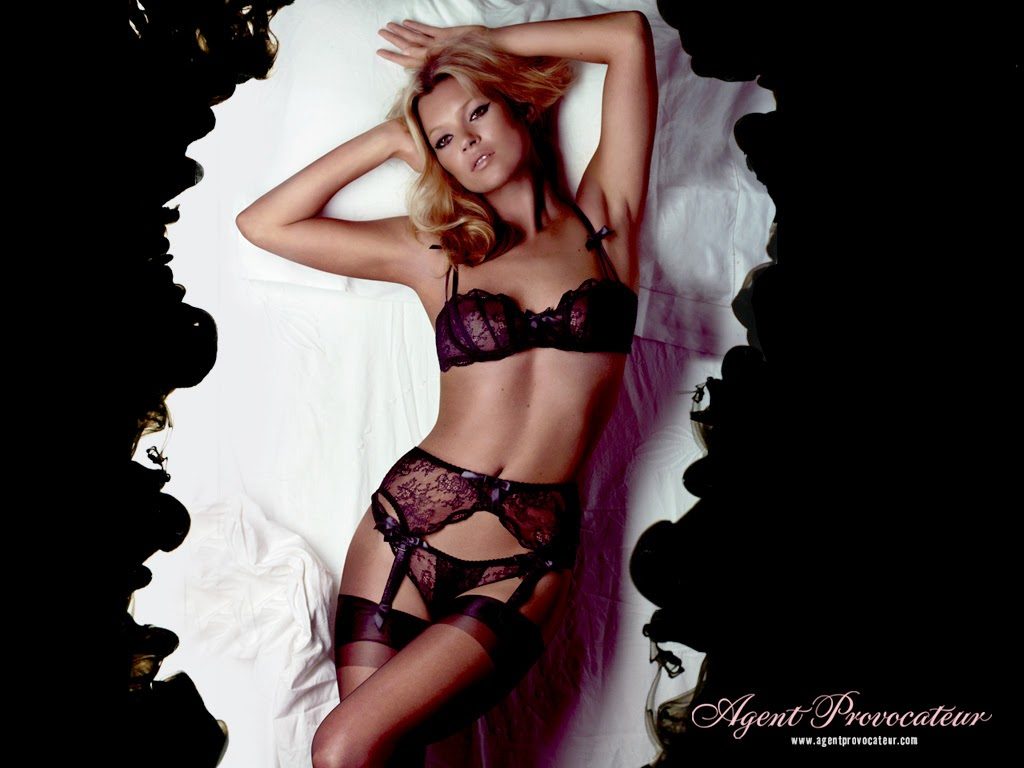 Agent Provocateur is probably the most famous lingerie brand in the world, at least in the English-speaking parts of it. Since last year, however, lingerie industry insiders have been grabbing the popcorn to watch the latest installment in the ongoing drama "What's happening at AP this week?"

Until recently though, the average shopper likely had no idea what was going on. Businesses are like swans - all serene gliding on the outside and frantic paddling underneath.

Many corporate changes never make it out of the business section. They may seem like abstract, financial terms at first, but ultimately mean major changes for you. Often, those changes are about what you can buy and where you can buy it from. Put another way, I'm here to explain how bankruptcy affects your lingerie. 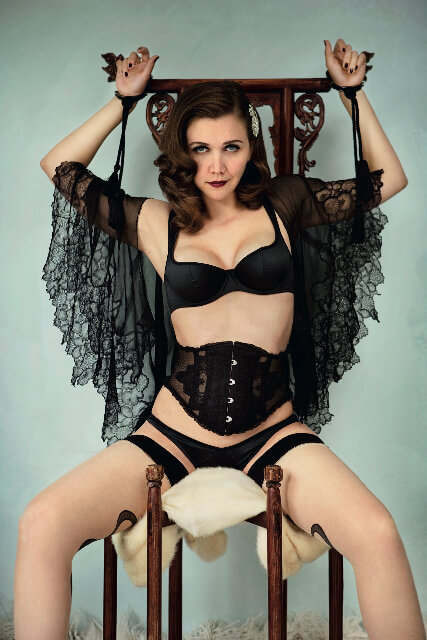 Now, please understand this is in no way a comprehensive guide to all the legal and financial issues doubtlessly present at AP headquarters. I'm British, and I run a tiny company with tiny accounting and tiny regulations to follow. Plus no one knows exactly what went down to turn a profitable, popular lingerie brand into one that needed to be sold right away, but here's a summary of what's happened so far. 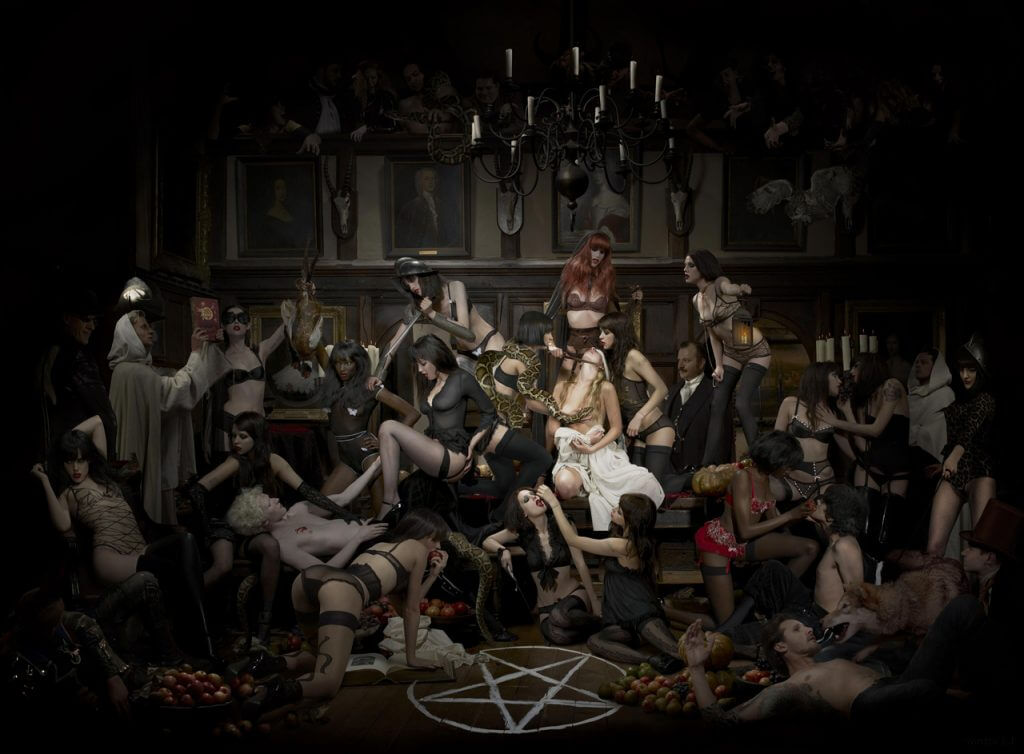 Agent Provocateur started out as an independent British brand, originally founded, funded and designed by Joseph Corré, the son of Vivienne Westwood and his now ex-wife Serena Rees. Over the years, he's given amazing advice to other small, independent lingerie brands, which I found only slightly challenging due to my inexplicable lack of family cash or contacts.

The first AP store was in Soho, London, historically an area associated with the gay scene, sex work and nightclubs, but considerably more gentrified these days. Agent Provocateur brought in fashionable, colourful lingerie with a distinctly edgy, sexual vibe, yet explicitly woman-focused marketing. 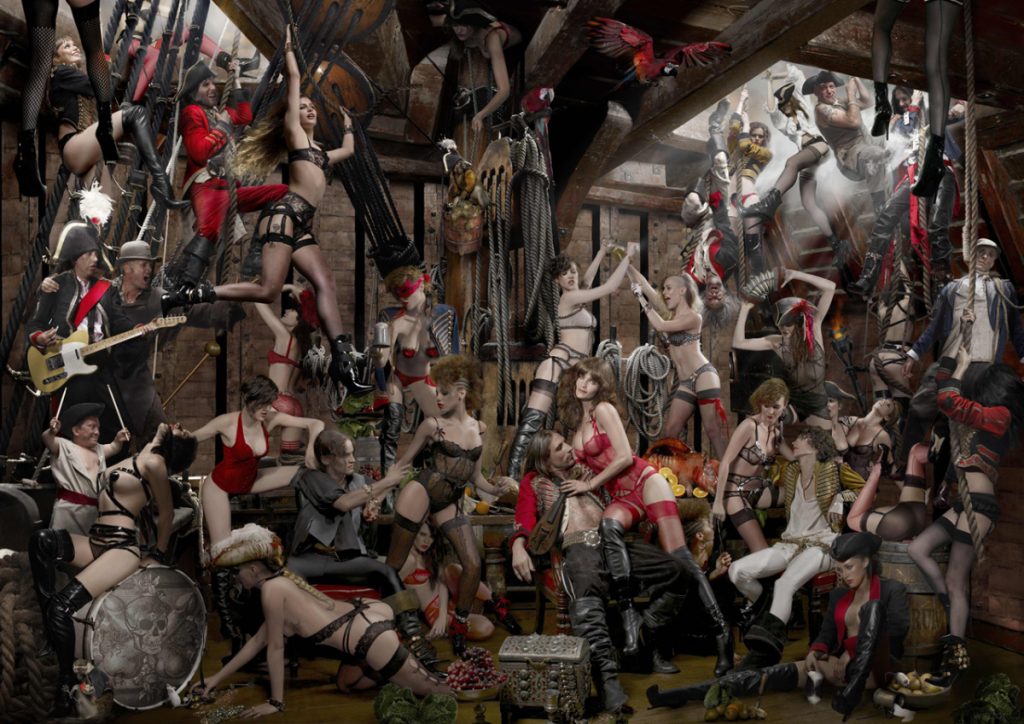 The brand grew considerably, but when Corre and Rees divorced in 2007, it had to be sold (I imagine it's quite hard to run a business with your ex-partner). Corre's final 20% of the company was sold a few years later (which means that for all his recent objections, he has no legal say in what happens next).

80% of the brand was sold to 3i, a private equity firm. It's not unusual for investors to throw lots of money into promising small companies, but they have high expectations. Usually, they want very rapid growth (doubling or tripling every year or so), and a high profit margin (so that they can get back the money they paid to help you grow, plus more money to have made it worth their while). 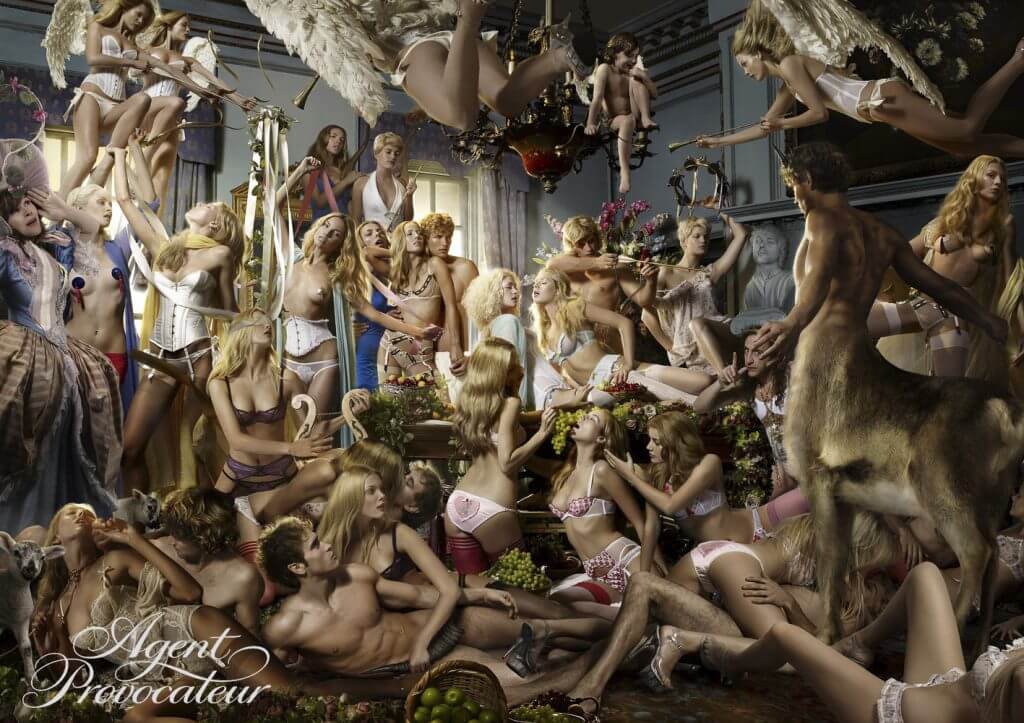 That means investment can be a mixed blessing. It'll help you get much bigger if it works, but the price may be that you lose control of your own brand. On average, investors tend to shy away from businesses run by women, people with disabilities, people of color, and other marginalised groups. Make of that what you will.

In the case of Agent Provocateur, however, investment seemed like a massive success story! 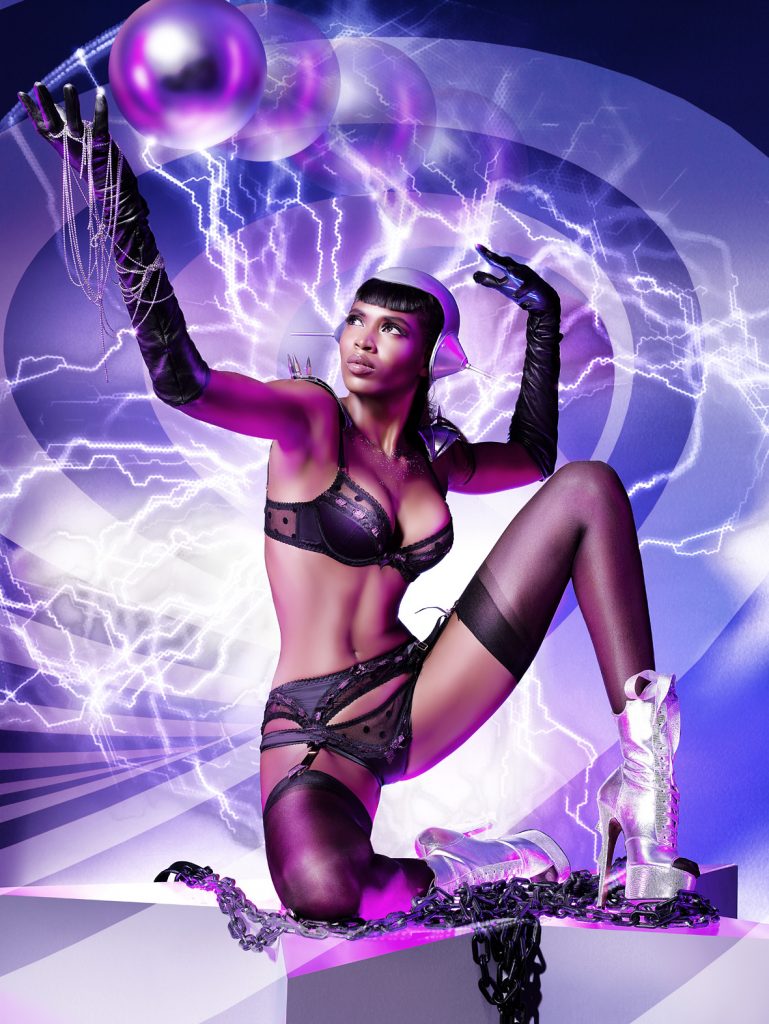 Of course, no transition is seamless and there were some early issues at AP. Some people critiqued the shift in marketing (away from provocative and empowering towards more conventionally man-pleasing erotica). Notably, far fewer actresses and supermodels have been featured in their campaigns since the change in ownership.

Industry insiders tell a few tales of original, niche, specialty suppliers being replaced with larger, (often) cheaper suppliers. Obviously, the design aesthetic has changed to some degree as well - though that could just be the result of trends shifting anyway. However, a common criticism is that Agent Provocateur became more "safe" or "commercial" after acquisition, as opposed to innovative or creative.

That said, it's hard for a business to argue with increasing sales and profit margins. Businesses, after all, ultimately exist to make money, not to change the world with iconic imagery or radical aesthetics. 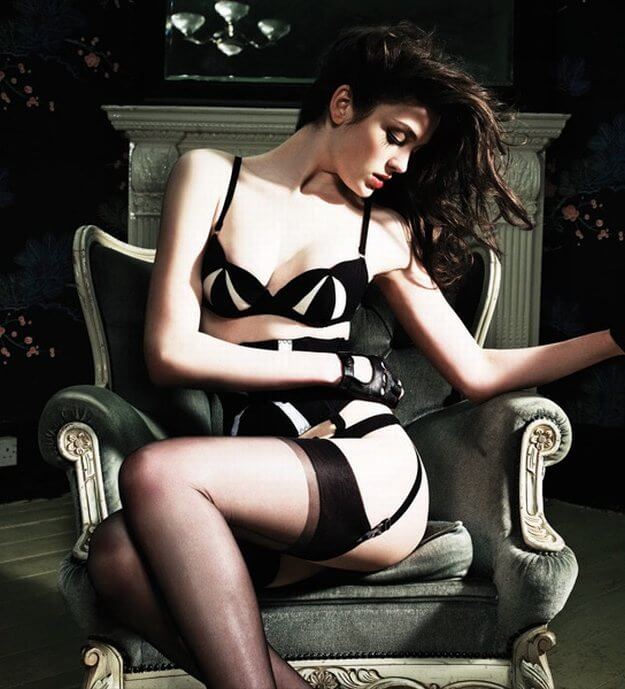 3i expanded the number of physical stores, entering the US, Russia, Dubai, Hong Kong, Canada and Australia. They revamped and continuously updated the websites, expanded the ranges and types of products, and introduced a lower-priced diffusion range (L'Agent) and a super-expensive range (Soiree), both of which have been featured on The Lingerie Addict.

As a result, Agent Provocateur dominated lingerie marketing, becoming one of the best known lingerie brands in the world. 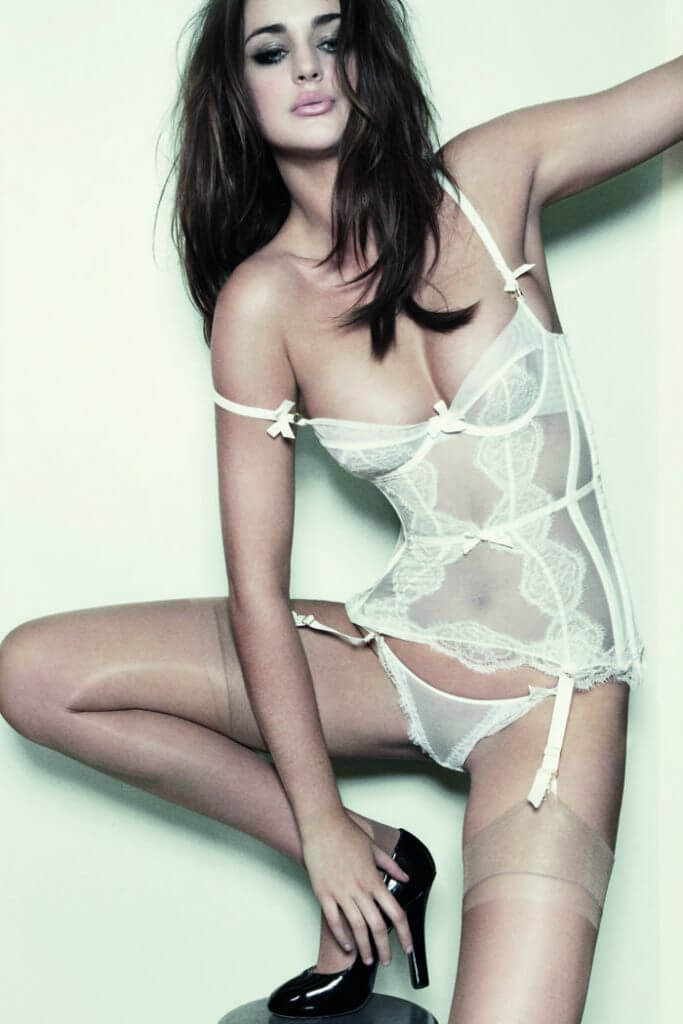 Until very recently, AP was a small brand in 3i's portfolio, but they consistently reported sales growth and a solid profit margin. For context, profit margins vary wildly between different types and sizes of business. Big supermarkets often only make a 1-2% profit, but that will translate to many millions, while a small, family-owned business with the same margins might only scrape into the 4 figures.

Margins in lingerie are tough, affected by the wide range of products and sizes, having to make and hold large amounts of stock, and the relative complexity of the product compared to most peoples understanding of the work that goes into it. So, in January 2016, most of us were duly impressed by a sales rise of 16% even though the profit was down. They were still turning over 61.7 million, with profits of 4.6 million (that's in Sterling/GBP, the British currency). 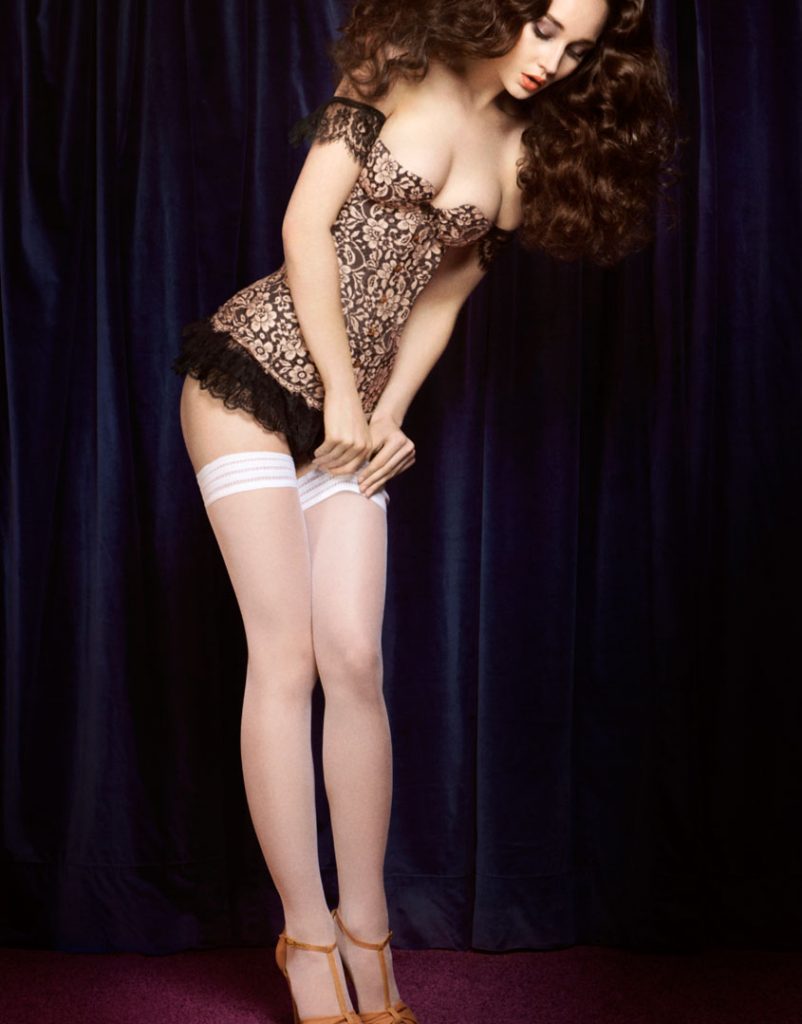 And then...things started to go peculiar. Around November 2016, Agent Provocateur said that there had been "an accountancy error." They had, in fact, lost money, somewhere around the 30 or maybe 40 million mark.

This revelation raised some eyebrows to say the least. 40 million isn't the sort of spare change you might misplace. Investigations are still ongoing, but in the meantime what happened between January 2016 and November 2016 is a mystery.

Profit margins and losses tend to be abstract concepts for most consumers...except now they've turned into real changes. 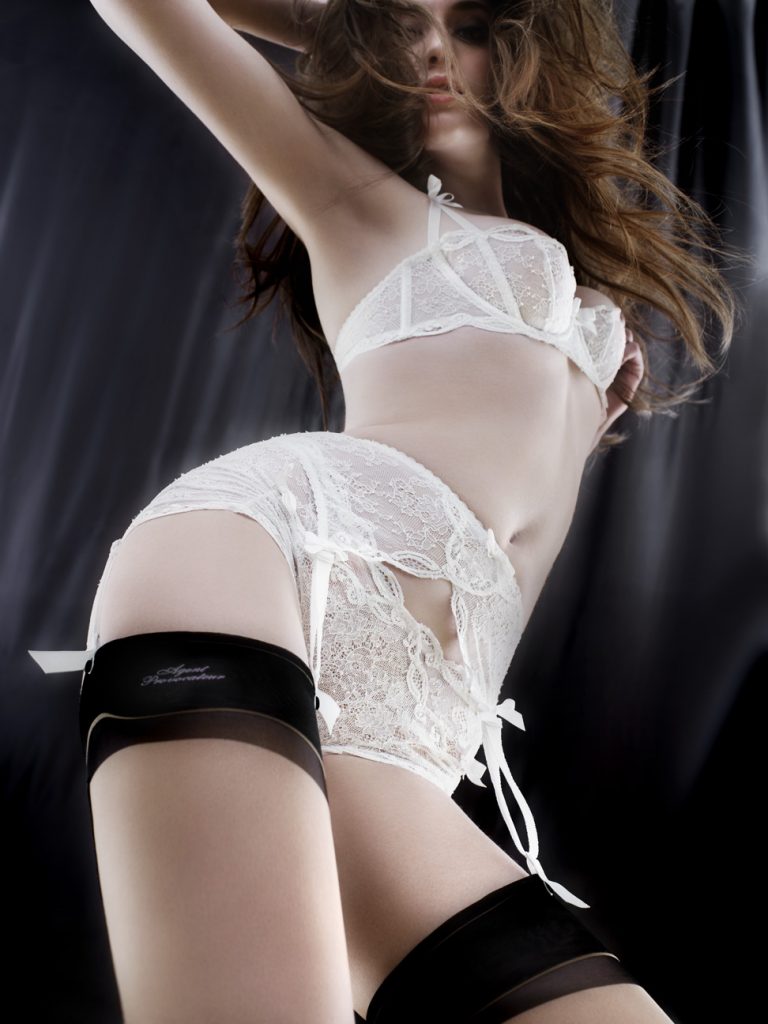 3i announced an immediate restructuring. They said spending on expensive (luxury) goods in "key markets" was down, and that opening more stores wasn't working. Physical shops are notoriously like black holes for cash because of the huge and inflexible costs of rent, taxes, employees and the like. 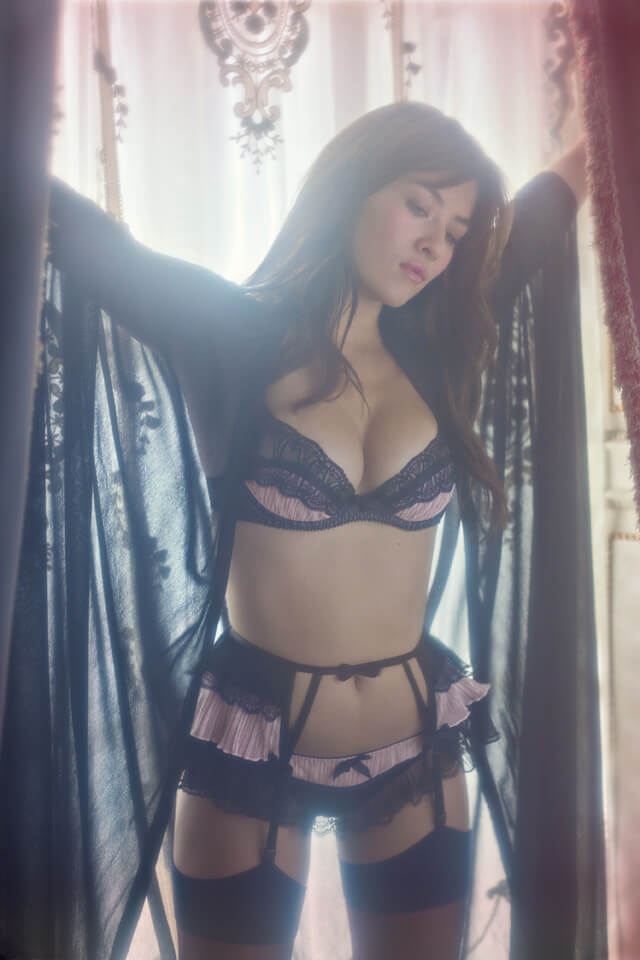 From the outset, it was pretty obvious Agent Provocateur was going to have to change the product range, target other markets, and close stores.

By 2017, 3i announced that restructuring alone wasn't be enough. The business needed cash. And once a business can't pay its way, if the owners aren't able to put in enough cash to keep it going, it has to go into insolvency or what you call bankruptcy. 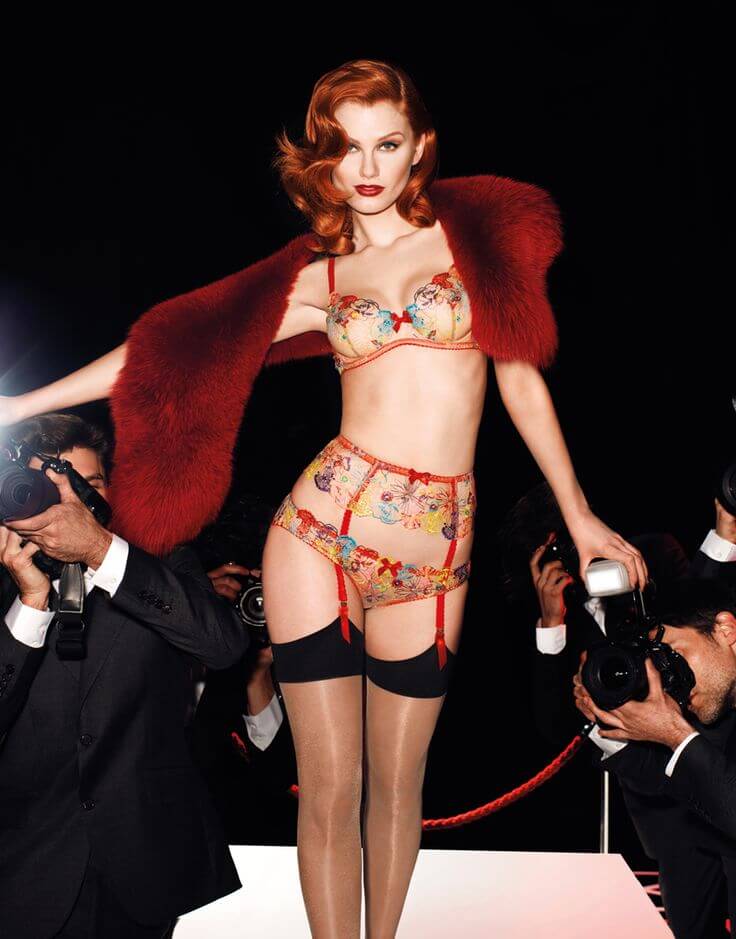 Many people expressed an interest in purchasing Agent Provocateur. I was rooting for Theo Paphitis myself, the former owner of British label La Senza and current owner of Boux Avenue. But then the situation rapidly resolved itself in an altogether unexpected way.

AP went into a prepack bankruptcy. They're in theory great for keeping the business running (i.e. perfect for a company still selling bra sets on a daily basis), but it means someone gets ALL the assets, none of the debt, and doesn't have to stick to any previous contracts. 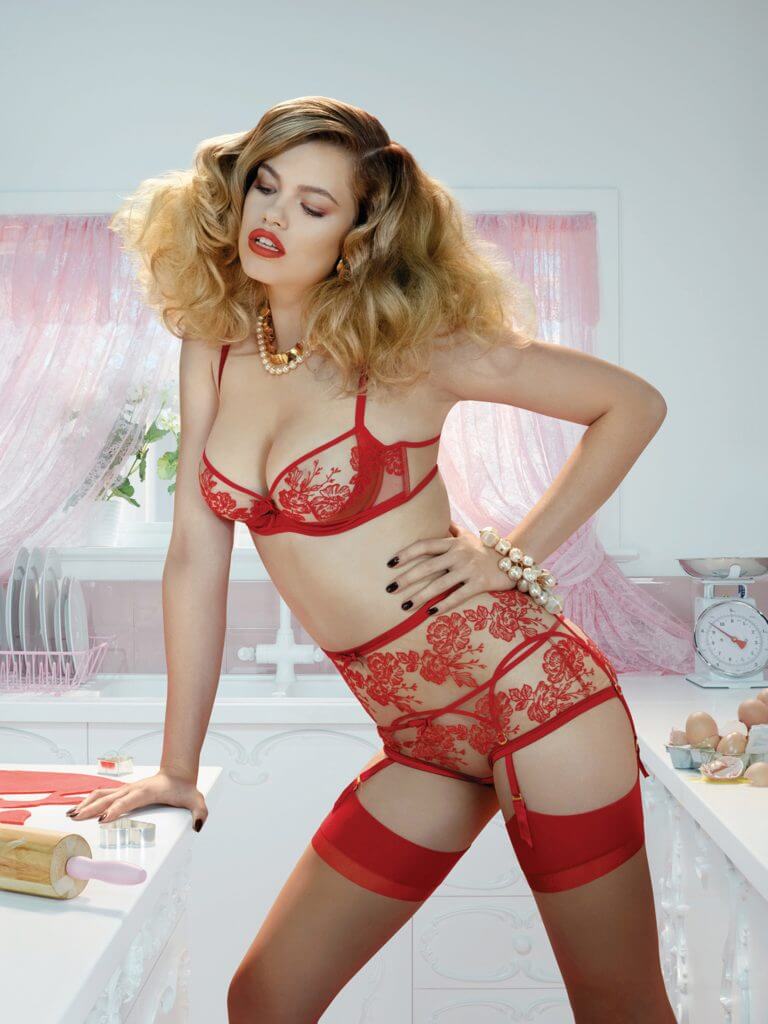 It doesn't help that the company which bought Agent Provocateur has close links with Sports Direct and their rather notorious owner. They actually had to release a press release pointing out that Sports Direct did not own AP, presumably because it was significantly damaging for the two to be linked.

Yet the bankruptcy was STILL more complicated than anyone thought, because it only involved the British-owned bits. The US unit is separate! However recently, the US arm filed for Chapter 11 bankruptcy.

What Does the Agent Provocateur Bankruptcy Mean for You? 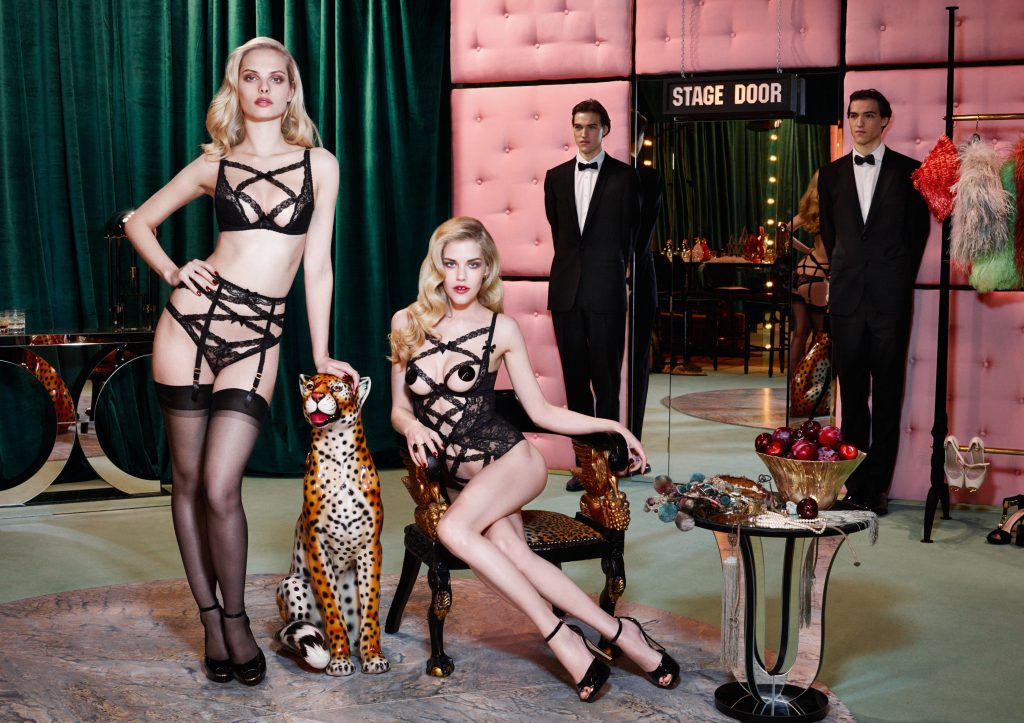 In short, you can expect changes. The company will likely keep SOME of the stores, but not all of them. There will be closures and job losses, so if you love your nearest AP and its staff, head over there soon.

Stores in countries like Australia and Canada have already gone. Locations in Denmark, The Netherlands, Spain, Slovenia, Belgium, Mexico, Korea and Malaysia have also disappeared from the website. 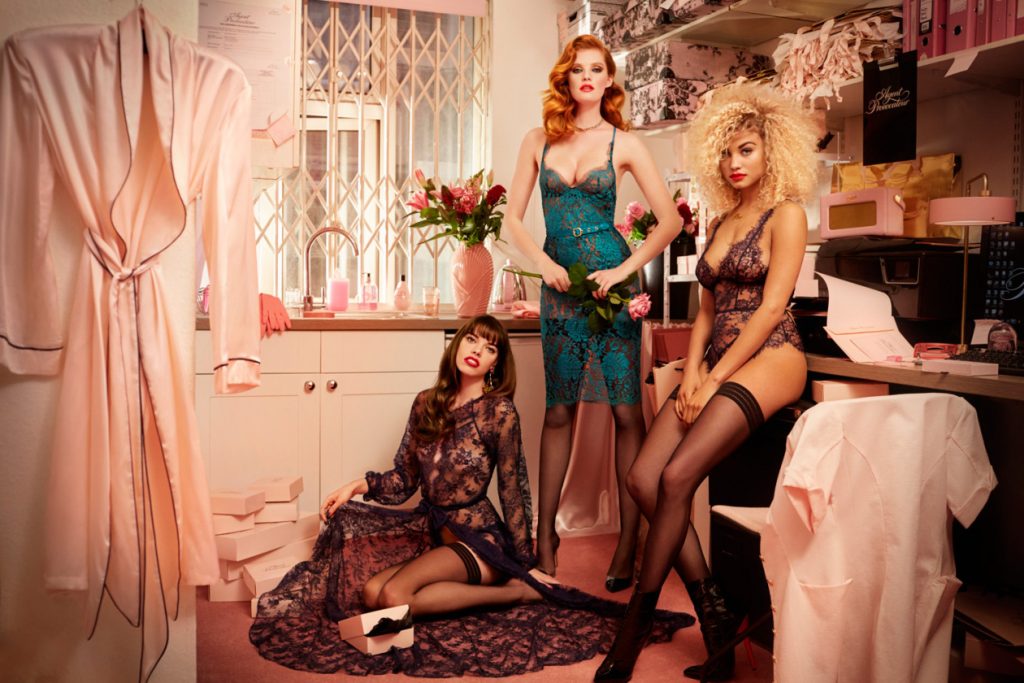 In addition, expect the product range to be rationalised. L'Agent may disappear and possibly other ranges or styles too. Don't expect an item you loved to be back next season, because the company will be taking a very close look at what sold and at what price. We might also see changes to marketing strategy or imagery again, though I couldn't begin to guess what.

Lately, there have also been reports of customers not receiving their orders. AP attributed these issues to courier errors, but people are understandably concerned the company's financial upheavals may be an influence as well. 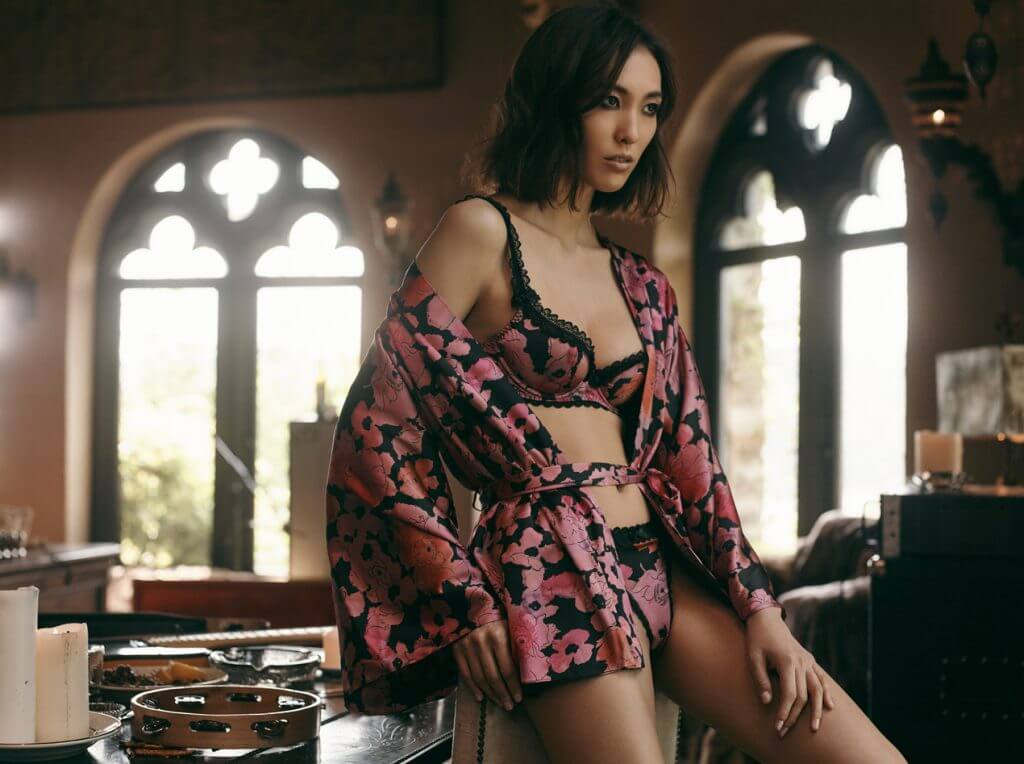 Finally, spare a thought for those behind the scenes. When a company goes bankrupt owing money, there are strict rules for who gets paid and when. In the last decade, I've seen innumerable suppliers and manufacturers go into bankruptcy after a big company does, because it's like dominoes. 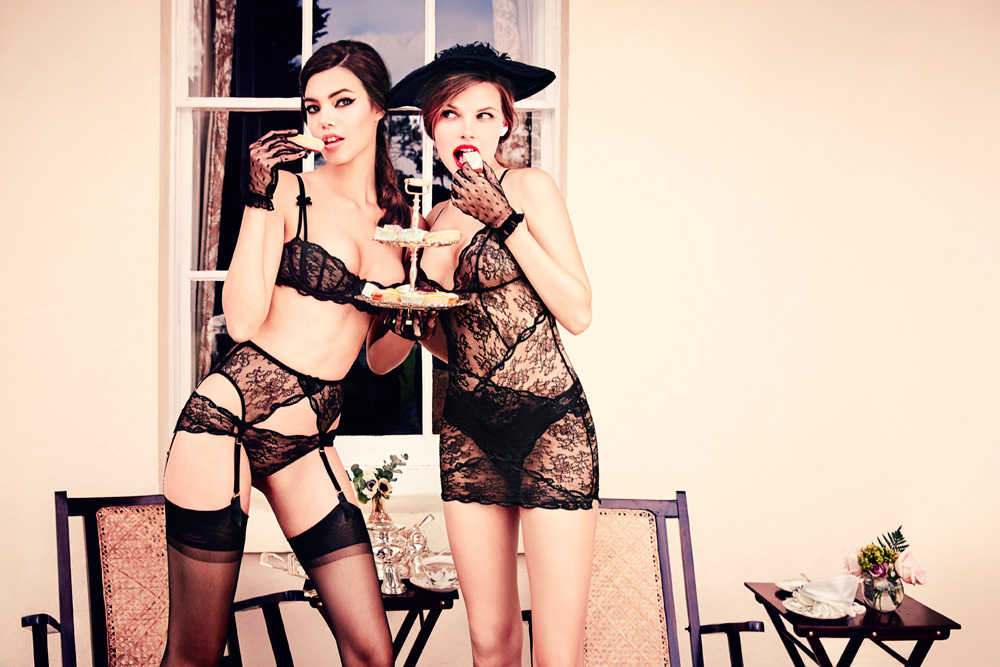 The tiny lace company that made one special thing for last season and was counting on payment...the specialist stockings people who expected an order and payment every month as usual...and (this is real) the Moroccan garment company who was owed over £500,000 (roughly $634,000).

These suppliers are all "unsecured creditors" and they will get fractions of what they are owed and be lucky to survive at all. Please also spare a thought for former employees, who will now be out of work. 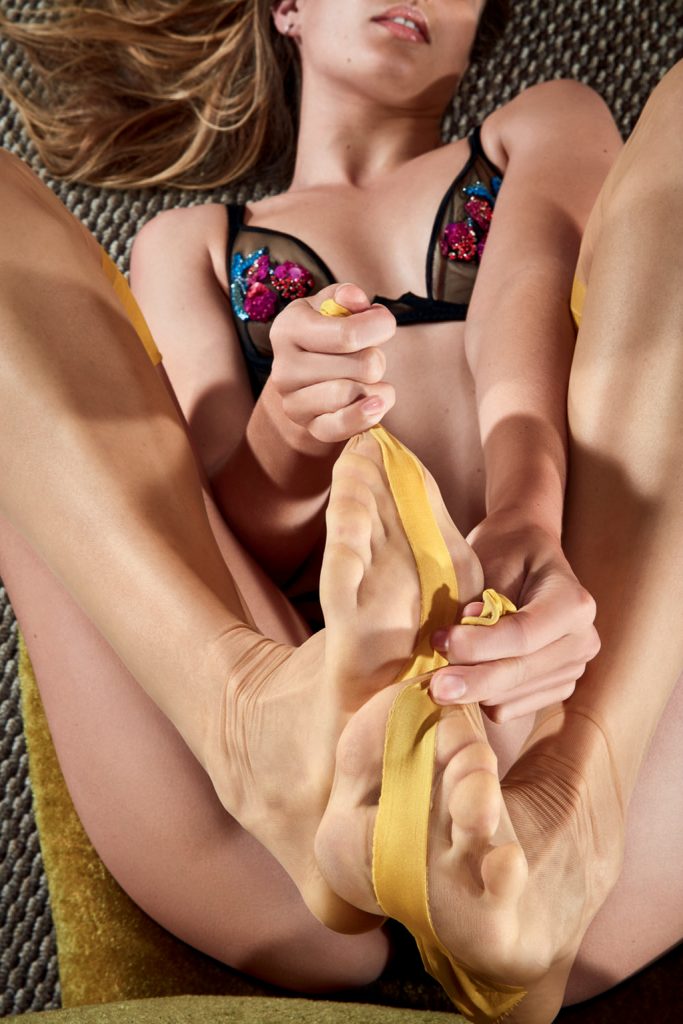 Whatever happens next, it's sure to be interesting. But it's also a good reminder to support the companies you approve of most - whether that's in terms of design, marketing or working conditions. It's complicated (and, quite honestly, researching bankruptcy was not the highlight of my week), but I hope I've managed to help explain what's going on at one of the world's most famous lingerie brands. 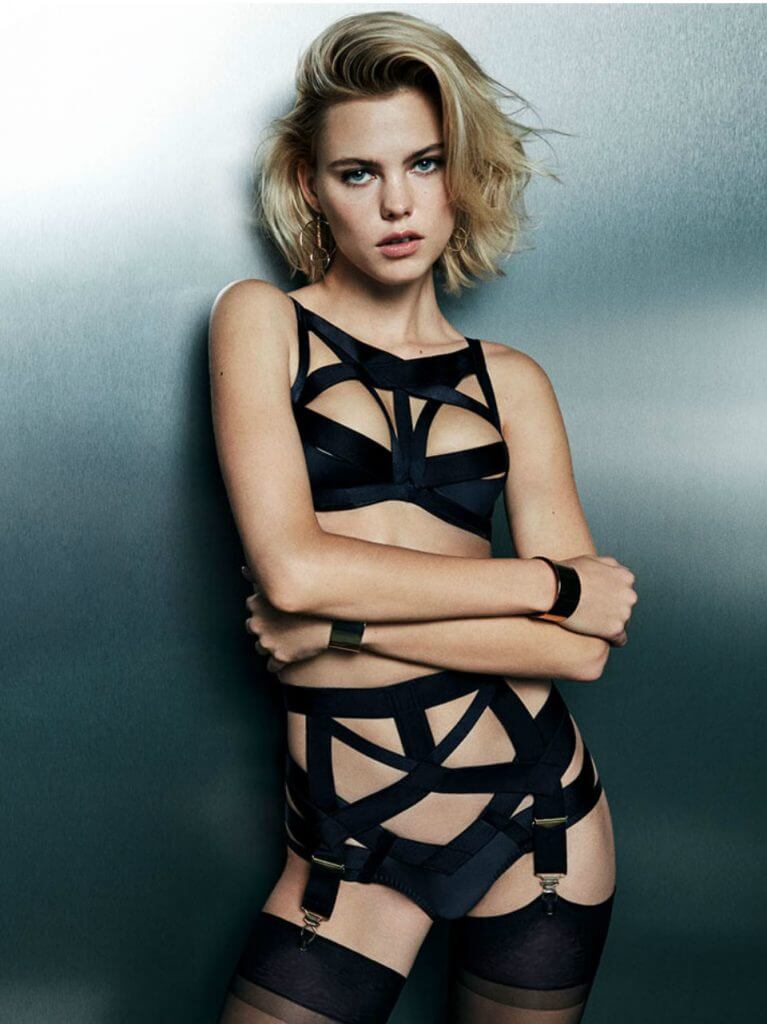 TLA Readers: if you had been in charge of Agent Provocateur for the last ten years, what would you have changed?