A Lingerie Icon's Last Gasp: Can Megan Fox Save Frederick's of Hollywood? 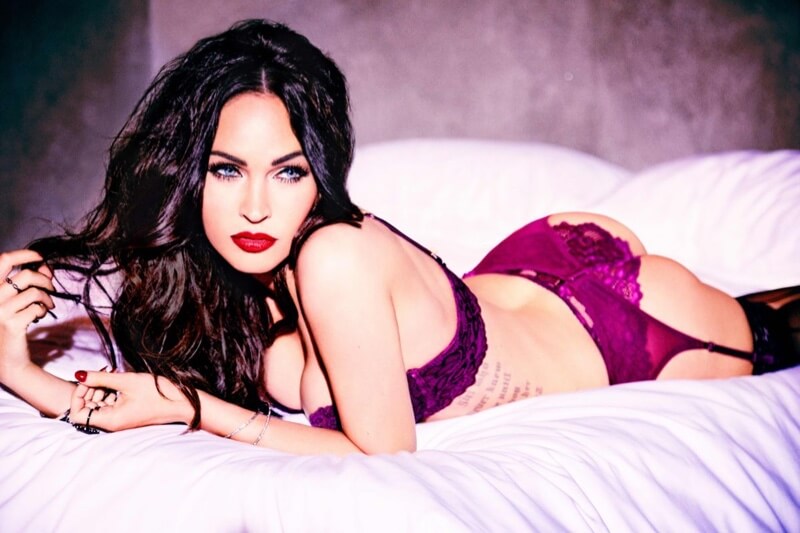 Once upon a time, Frederick's of Hollywood was the biggest name in American lingerie. Founded by Frederick Mellinger in 1947 (who, among other things, is credited with inventing the push-up bra, padded bra, and padded girdle), Frederick's brought scandalously sexy lingerie to the homes of millions of people across America.

After generations of staid, respectable lingerie advertising (often, but not always, featuring the color white, that old-fashioned symbol of innocence and purity), Frederick's helped make other colors, like black and red, less scandalous and more mainstream.

Furthermore, Frederick's was among the first established brand to market the concept of sexy lingerie to the masses. Before Frederick's, one could only find that kind of intimate apparel through specialty retailers or in the back of fetish magazines. 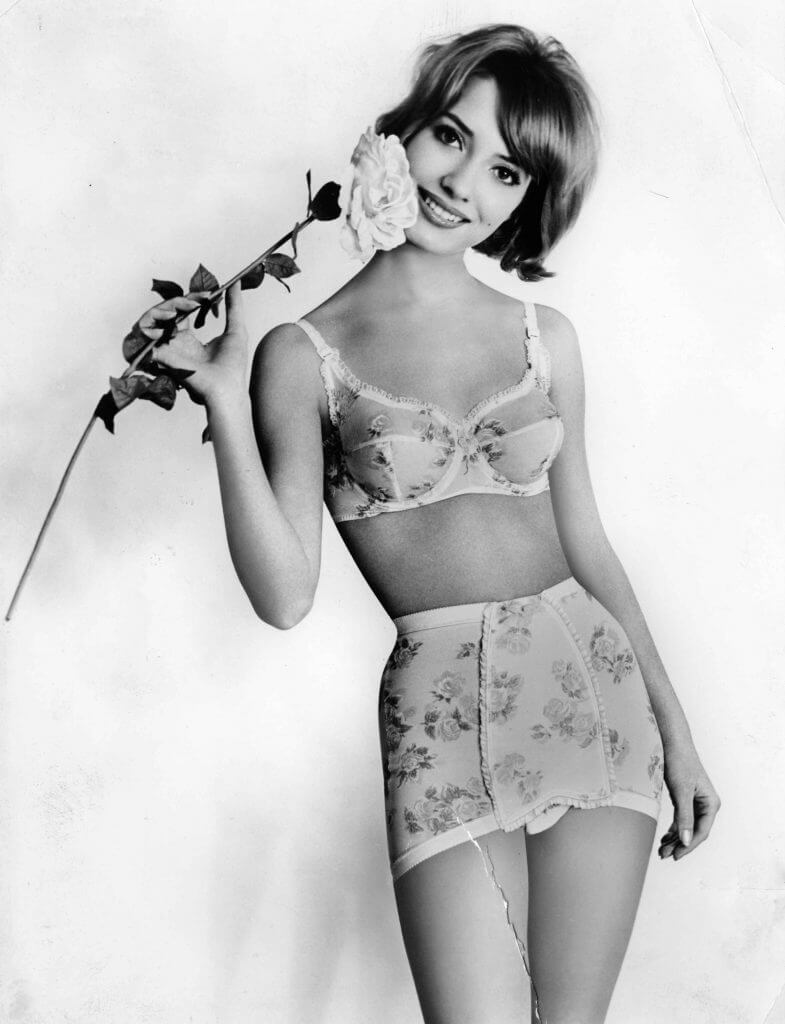 One of the things that's most striking about vintage Fredericks' designs (apart from reminding us that people in the 1950s weren't as puritanical as some like to assume) is how modern many of them are.

Balconette bras, open cup styles, strappy knickers, corset lacing - while I won't say Frederick's invented these (strappy knickers have been around since at least the 1920s or 30s), the brand did help popularize them. Moreover, though it's considered impolitic to say so, many brands today can attribute their aesthetic, in spirit or in fact, to designs Frederick's of Hollywood made first.

It's hard to see it now, but Frederick's of Hollywood was the Victoria's Secret of its day (an analogy that's even more appropriate considering how VS has recently fallen upon hard times). They normalized the idea of lingerie shopping through a catalog, a concept which eventually led to modern day online lingerie retailers. They were among the first to play with "acceptable" sexiness, that is, a lingerie retailer the average consumer wouldn't be ashamed to buy more boudoir-centric undergarments from.

Frederick's was also the first dedicated lingerie chain to open in malls, exposing the brand to millions of potential consumers (and yet another strategy that future industry behemoth Victoria's Secret would adopt wholeheartedly). 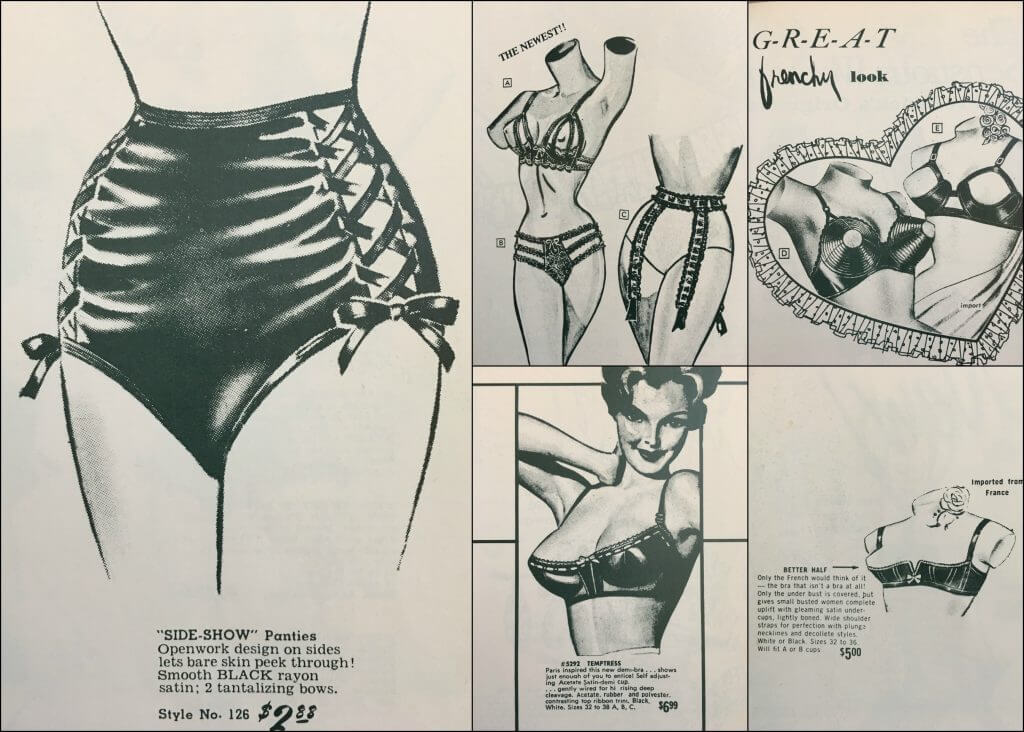 Vintage Frederick's of Hollywood items, all of which have influenced modern-day undergarments

So what happened? How did Frederick's of Hollywood go from being a market leader to an industry has-been? Well, it's the same factors affecting Victoria's Secret right now, to be honest - stale marketing and unoriginal products.

When Frederick's of Hollywood designed their own lingerie, much of it was innovative and ground-breaking. The entire brand was built around the idea that any housewife or working woman in America could have a touch of that Hollywood glamour. Yet, as the decades passed, the company lost its way.

After going public in 1984, there was a stark change in both the brand's direction and the presentation of its products. Some of that can be tied to the "more is more" aesthetic of the 1980s and early 90s. However, the fact remains that Frederick's started to read as more of a "adult novelty" company instead of a lingerie company, the kiss of death in puritanical America. The glamour Frederick's was once known for disappeared. 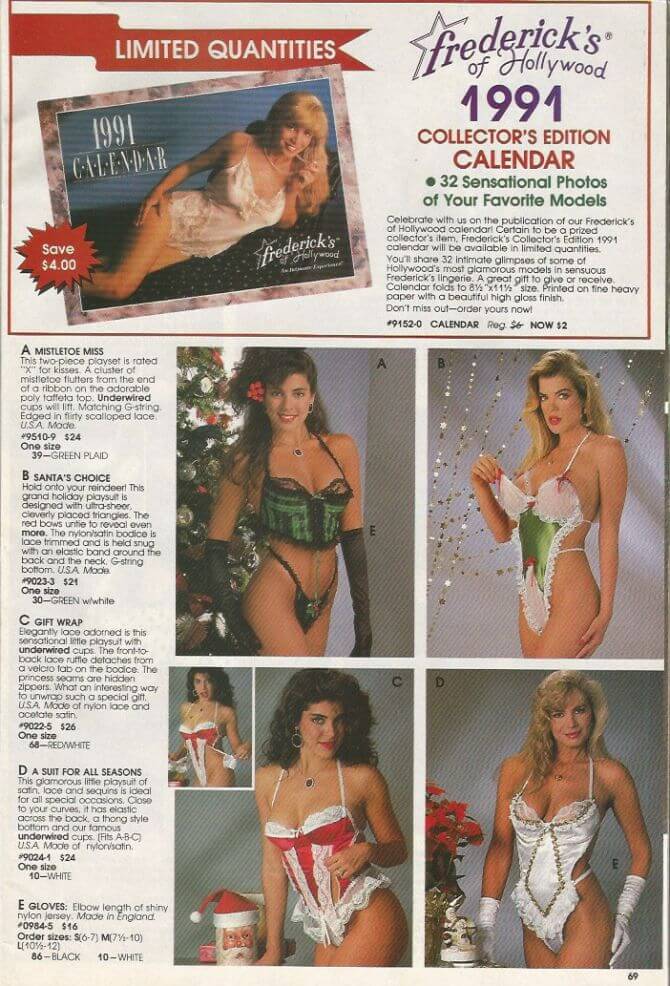 The issue, of course, is that once you've built a certain kind of brand, changing it won't attract the customers you're looking but will alienate the ones you had. That fact became more apparent as years went on.

People who were old enough to remember when Frederick's made French-style lingerie were understandably turned off by their newer, cheaper products. People who didn't remember the previous version of Frederick's could easily find similar goods for a lower price elsewhere or pay the same amount for better products. 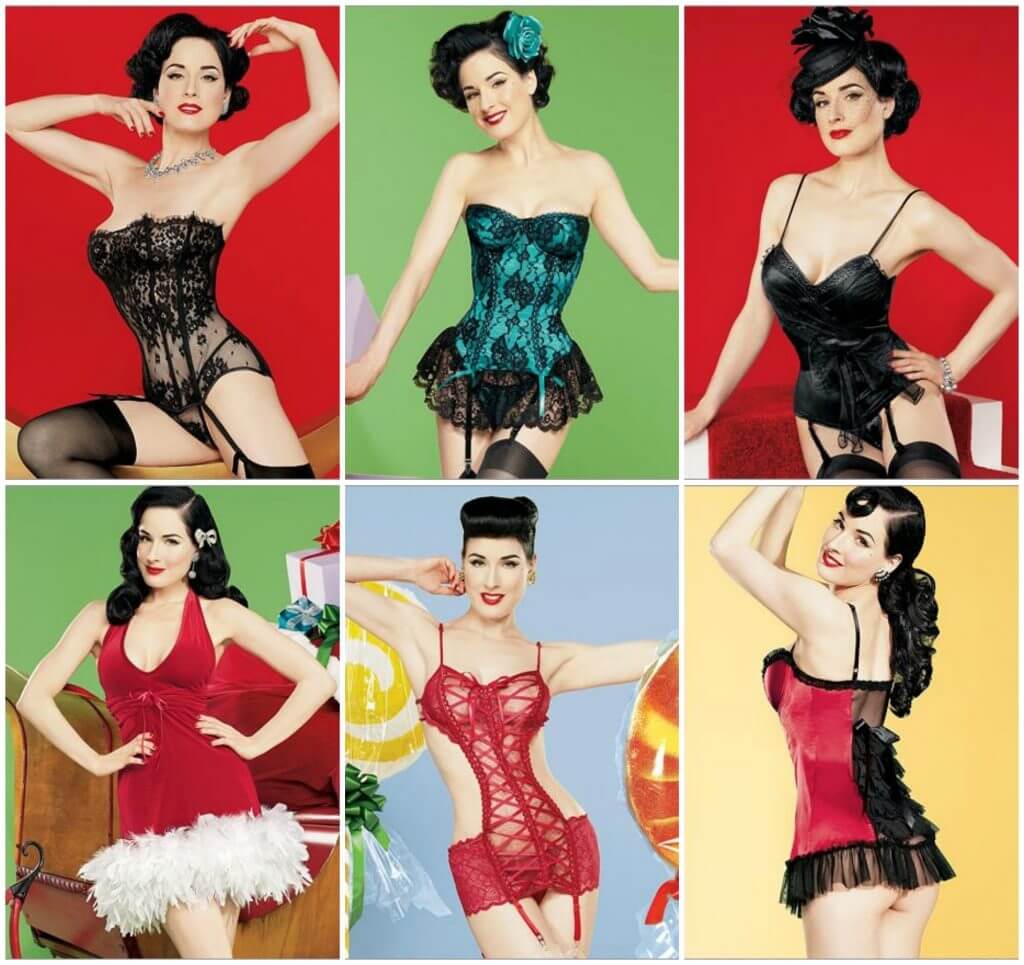 The Dita Von Teese for Frederick's of Hollywood Collection

What's so tragic about the Frederick's story is that the company had plenty of time to turn things around, and even made a few half-hearted efforts towards updating their image. The Dita Von Teese for Frederick's of Hollywood Collection, released for Holiday 2007, received rave reviews and reminded many of Frederick's glory days.

A later collection from around 2010/2011, the Icon by Frederick's of Hollywood Collection resurrected several pieces from the archives like corselettes and overwire bras. Again, it received overwhelmingly positive feedback, but there was no follow through (in fact, Frederick's backpedaled around this time with a special print catalog campaign...at a time when 80% of the brand's customers were online).

Even the more recent Harriet collection, which was Frederick's attempt to pivot into a higher-priced luxury market, was well-liked, and people responded favorably to their hiring of Maayan Zilberman, formerly of The Lake and Stars, as well.

The ICON by Frederick's of Hollywood Collection

In retrospect, the brand's failure seems mystifying. Nostalgia for Frederick's of Hollywood was high. New products seemed to perform well. However, the executives in charge of the company could never figure out what Frederick's meant for the 21st century.

More importantly, they never stuck with a new direction long enough to create the necessary momentum. Every new venture was a short-term experiment until they returned to the old, reliable approach...selling the same inexpensive lingerie already available on sites like Yandy and Trashy.

Photos from Frederick's on left; photos from other lingerie retailers on right

I still believe that, had Fredericks' revisited their archives, invested in design, and established themselves as the original architects of sexy lingerie, they could have turned things around. But that never happened. The company closed all their stores and filed for bankruptcy in 2015, which brings us to today.

The announcement regarding Megan Fox and Frederick's of Hollywood was made in late 2016. Megan Fox, who is perhaps best known for her role in the Transformers movie series, was touted as not only a spokesmodel but also a co-owner of the company.

In March 2017, the very first images of their new partnership debuted, and I'm sorry to say many of the same issues have reared their dull, uninspired heads. 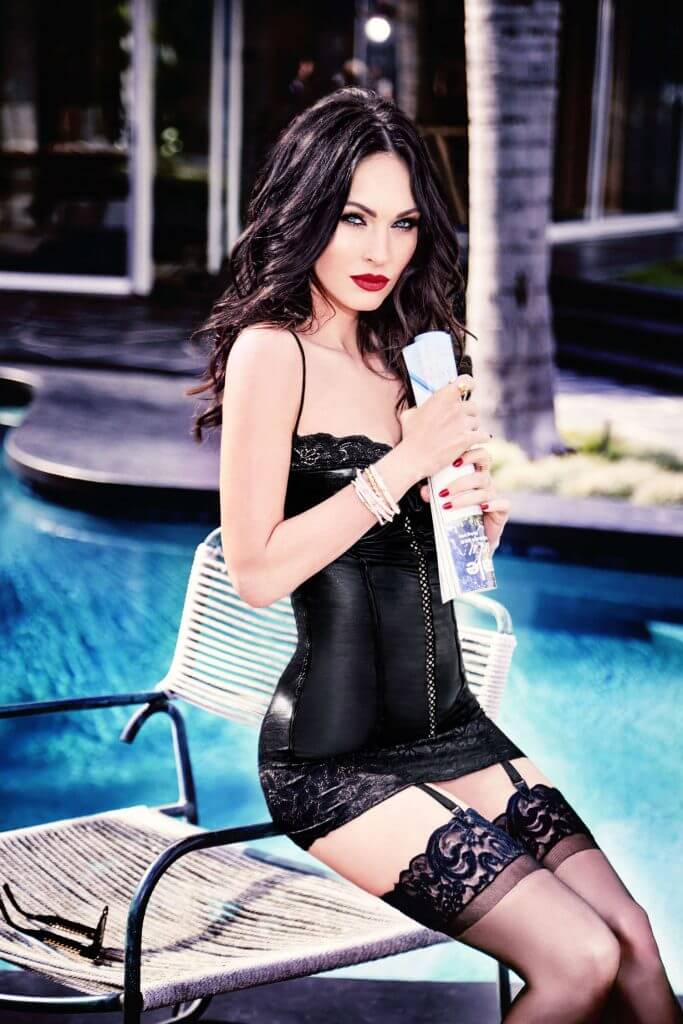 While the campaign was shot by the incomparable Ellen Von Unwerth, it still doesn't convey why or how Frederick's of Hollywood is relevant today. I don't feel a new concept here, a new direction or vision for the brand.

What does Frederick's offer now that people can't get from somewhere else? What about Megan Fox appeals to customers of today, many of whom actively embrace the "body positive" marketing of brands like Aerie (despite its faults)? Who exactly are these images meant to attract? A celebrity face can't save a boring, uninspired product line. Just ask Britney Spears. 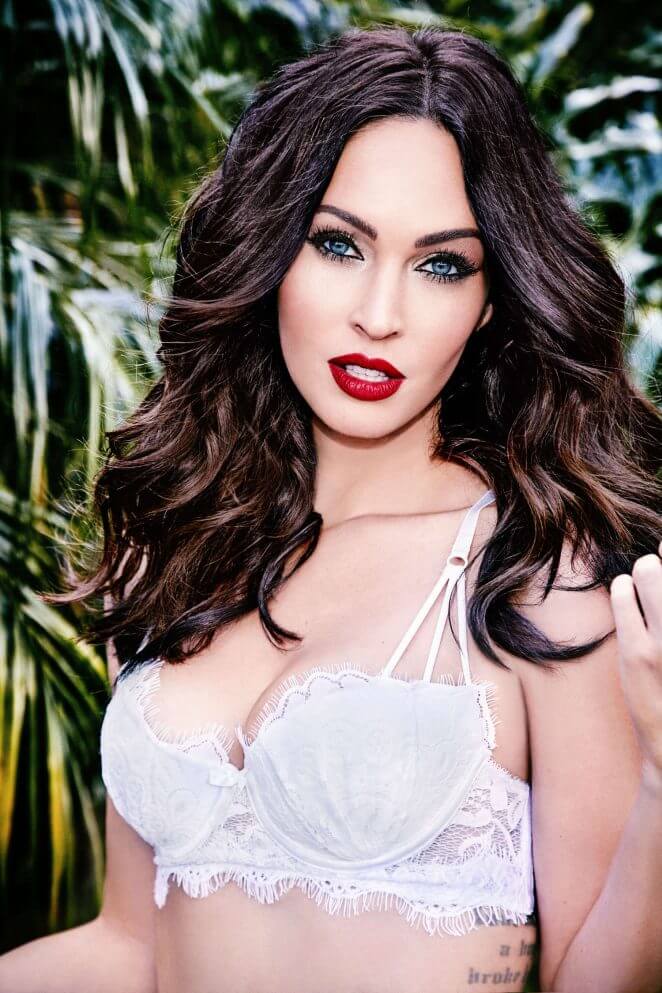 I have a hard time believing this campaign that will turn Frederick's fortunes around. But I do believe there's a lesson here for their once-rival and eventual usurper Victoria's Secret. When the Angels campaign first launched in 1997, it put Victoria's Secret on the metaphorical map. Supermodels in lingerie for a mass market brand? The ability to buy what the most famous fashion models of the day were wearing? And to purchase it from your own local mall? The effect was visceral. And it was unparalleled.

Appropriately, Victoria's Secret doubled and then tripled down on this campaign, centering all of their marketing around the Angels, featuring them prominently in photo campaigns and press junkets and the world-famous fashion show. And America ate it up. Until they didn't anymore. 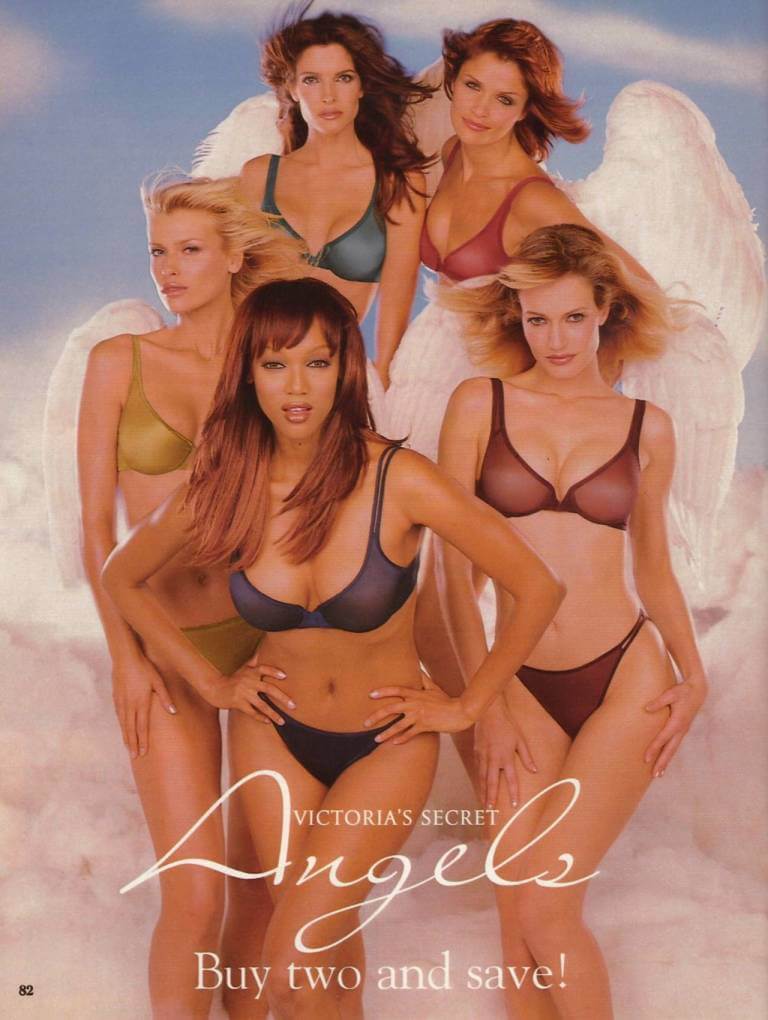 An iconic photo of the Victoria's Secret Angels in their heyday.

Victoria's Secret is running into all the same problems Frederick's once did. Once upon a time, VS' marketing was revolutionary. Their products were seen as high-quality, luxury even (designers like Chantal Thomass used to design pieces for the brand). But gradually, they began losing touch with their market.

In a time when customers demanded bralettes, Victoria's Secret promoted pushup bras. In an era where customers want to see more plus-sized models and models of color, Victoria's Secret has yet to hire a single plus size model, and their Angels roster is still overwhelmingly white. Now even the free panty coupons aren't enough to get people in stores, and Victoria's secret's stock is plummeting. 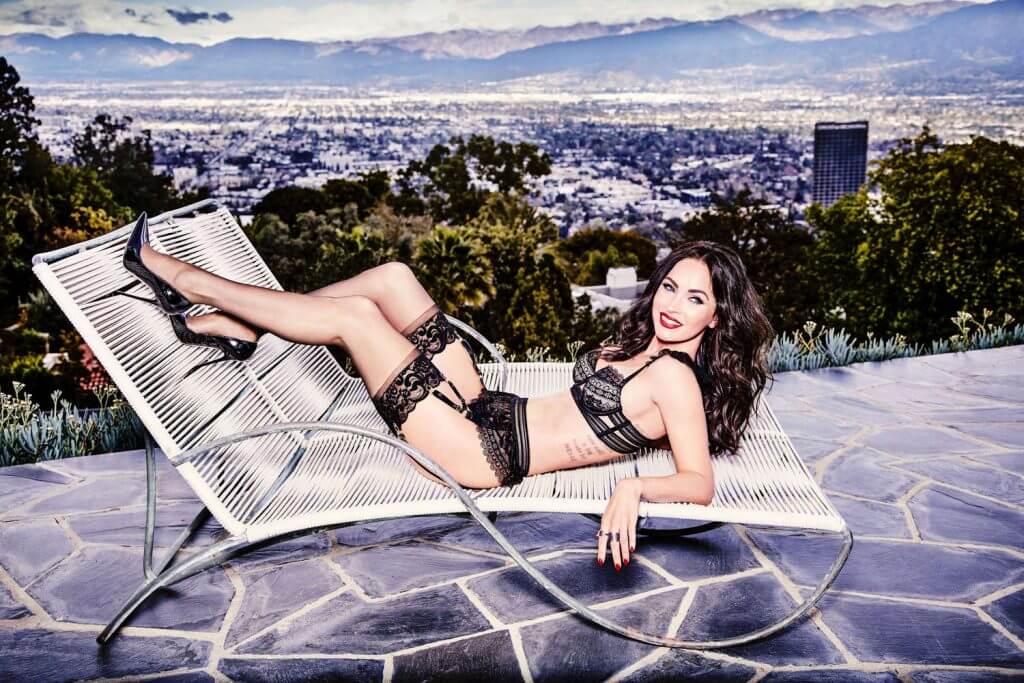 However, I believe there's still time left for VS to turn itself around. After all, market share doesn't disappear overnight, and they're still the leader of the U.S. lingerie industry. But if they don't pay attention to the lessons of the past, they're doomed to be another Frederick's of Hollywood - passed by a young upstart, struggling to catch up, and wondering when the world left them behind.