By Rose August 5, 2015 in lgbtq, loungewear, rose No comments yet
Share this article

I've written before about TomboyX's boxer briefs. TomboyX has been dominating the androgynous lingerie scene for a while now, consistently putting out underwear that people want to wear and providing a wide range of sizes and a respectable range of colors. They also have been cult favorites of mine, although their long lengths meant I wore them more in the winter than in the summer. So for a while, TomboyX has been drifting to the back of my drawer, not getting as much play as before. However, their new styles have me feeling the love all over again.

TomboyX sent me their two new designs to try: the Tomboy short, and a new style they're just calling "Bobbie". While previous styles have felt more oriented toward transmasculine or butch looks, these new styles seem to be branching out. The Tomboy short is easily the best underwear I've seen in a while. It's short enough to wear with any summer shorts! It feels more androgynous than overtly masculine! It comes in purple! 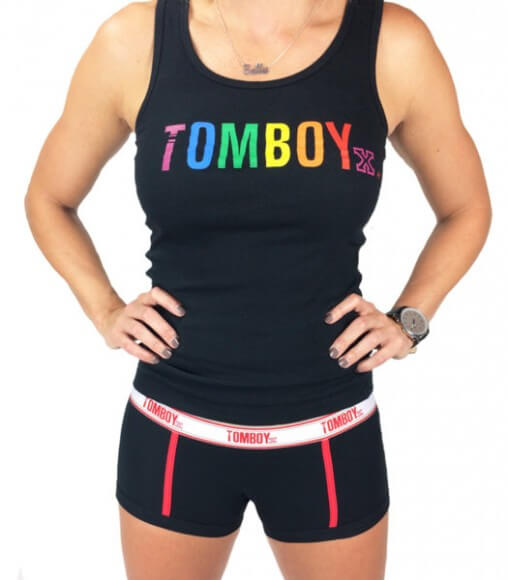 The Bobbie is pretty great too. While less my particular thing, it is a good all-around short. It's got some length on it, but feels a little more streamlined than either the Good Carma or the Feeling Frisky, the shorts I'd tried in the past. It has a little bit of a versatile feel; less like underwear and more like something you could, hypothetically, go jogging in. And probably pick up a lot of babes in the process. 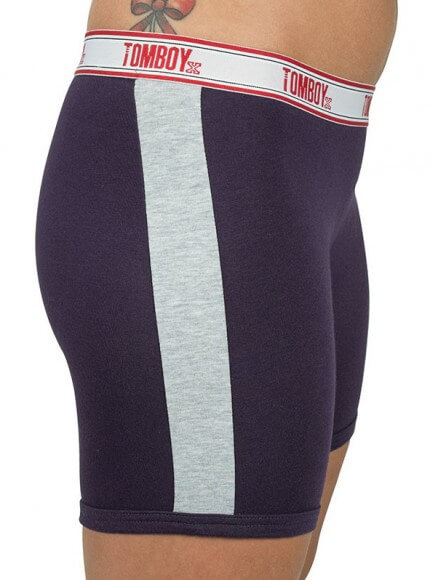 So how did these new looks stand up to rigorous field-testing? Well, I'm thrilled with both pairs. The Tomboy Short is my clear favorite. In the week or so I've had it, I've probably washed it three times, hurrying it through the laundry cycle so that it can be Tomboy Short day again. And it doesn't look any the worse for wear, other than being a little softer. 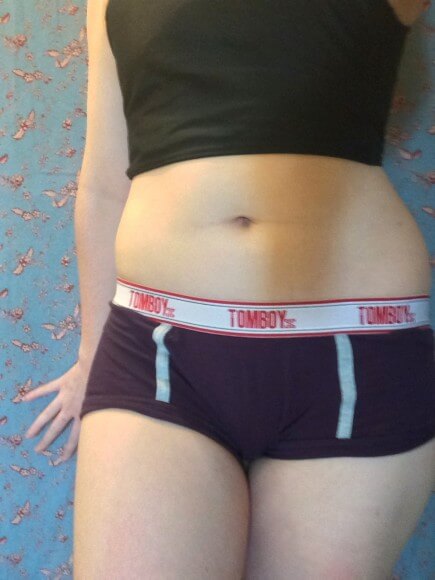 Shoutout also to my GC2B Binder, also featured in this shot.

The Bobbie shorts have also been getting a lot of play. I find myself wearing them a lot around the house because they're comfortable and frankly, they make my butt look great. For me they've been operating less as underwear and more as loungewear. And that's just fine with me. 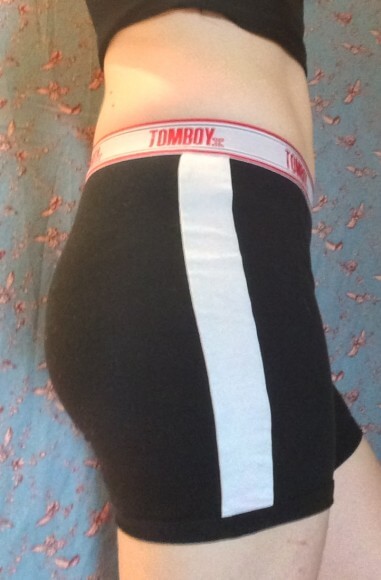 My second-favorite pair of shorts ever.

There's something pretty great about the TomboyX waistband. I've mentioned it in the past, but it's just excellent. It's soft, flexible, and sturdy. As someone who was never very into visible labels I'm not as much of a fan of the big TomboyX logo all over it (I'd prefer a really gay rainbow or some kind of other cool pattern). But if I have to wear a logo, this is one I don't super mind. 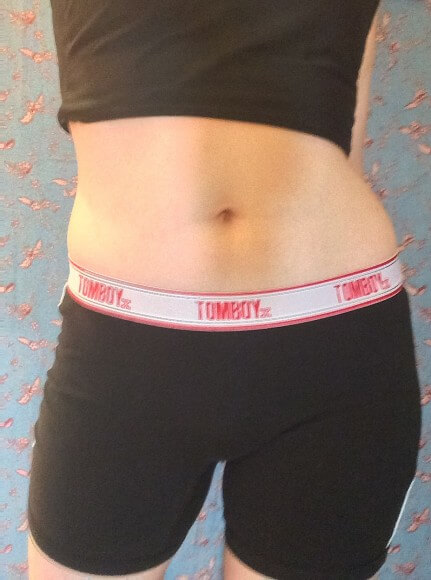 Waistbands! A little-used opportunity for self-expression.

Unfortunately, the main problem with the Bobbie, which keeps them from being my all-time favorite, is that they're a little long for my taste in shorts. If you're even slightly more modest than I am in the shorts department, or if you kind of like this look: these might be your go-to. They're cute and come in lots of colors. 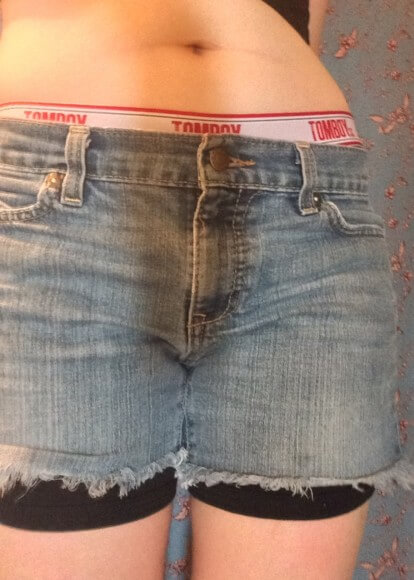 Horrible frat boy that I am, I actually like the visible waistband. Yet somehow visible underwear-leg is too much.

TomboyX has been expanding their line, and as always, they're making good curated choices about where to put their efforts. I found myself wanting them to push the envelope a little with some patterns or some more elaborate detailing, but that's probably not what I'm going to see from them. They make good underwear, they change their offerings slowly and thoughtfully, and they pretty much never overshoot. Overall, I'm very happy with their new line and I'll definitely keep checking back to see what they're up to.