By Holly Jackson July 7, 2014 in full bust, holly, loungewear, plus size, team Comments are off for this post
Share this article 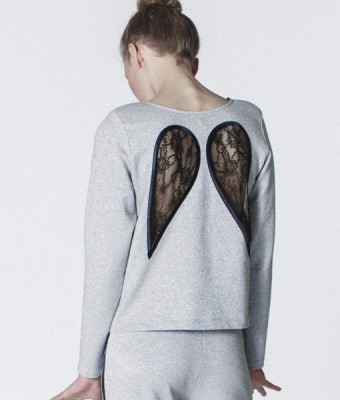 Summer is one of the best times of the year to try out the lingerie-as-outerwear look. While it's easy to wear bodysuits as blouses during the rest of the year, summer opens up a whole new range of possibilities. I've seen lots of pieces that double as outerwear being sold this summer, in part due to the popularity of movies like "The Great Gatsby" and TV shows like "Miss Fisher's Murder Mysteries" (which honestly deserves its own lingerie style post, but we'll skip that today). Whether you're channeling your inner 1920s society detective or just looking for a great silk wrap to wear out to dinner, you've come to the right place. As a bonus, these are pieces that are very free with sizing and look good on a wide range of body types.

This robe has been featured around here before, but I've seen it in person several times now and have become a bit more obsessed each time I walk past it in the store. It's simply stunning and the quality is great. It could easily double as a jacket over a wide range of summertime outfits, but try it with a pair of wider-legged pants if you want to accent the 1920s look that it already has. 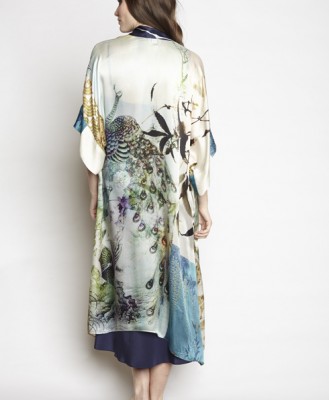 This Gatsby Kimono is fitting named, as it's another piece that channels both the era and the decadence shown in Fitzgerald's novel. The motifs in the print reflect the fashions of the time as well, which is a thoughtful touch. 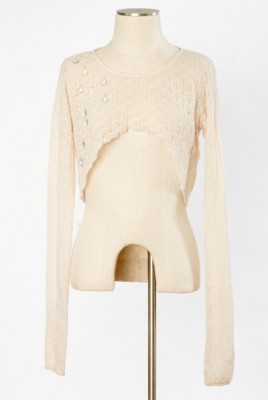 Chandelier Sweater by She and Reverie

This sweater combines simple colors and shapes and then injects it all with lots of glitter. It would look extra cute over a short slipdress and brightly colored socks. 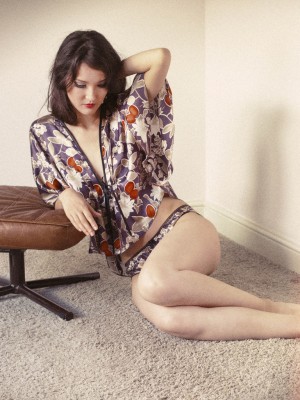 I own several of these bed jackets and wear them all the time. They're cute with everything from jeans to pencil skirts. I especially adore the brightly printed versions that Ayten has released this season. 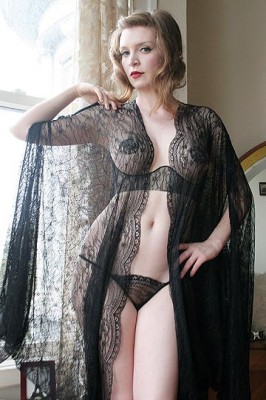 There is so much drama in this simple black lace wrap! Based on a 1915 pattern, it's another piece that channels the early 1920s perfectly. This would be wonderful with a longer formal dress if you want a light coat to go with it.

If the 1920s isn't your thing, Kriss Soonik has some wonderfully wearable and modern options this season. This sweatshirt is one part greek goddess, one part glitter explosion and one part lazy day sweatshirt. The result is new, fresh and eminently wearable.

Would you wear any of these pieces as outerwear? Which one is your favorite?