Corsets and Health: Should You Be Worried by Corseted X-Rays?

Corsets and Health: Should You Be Worried by Corseted X-Rays? 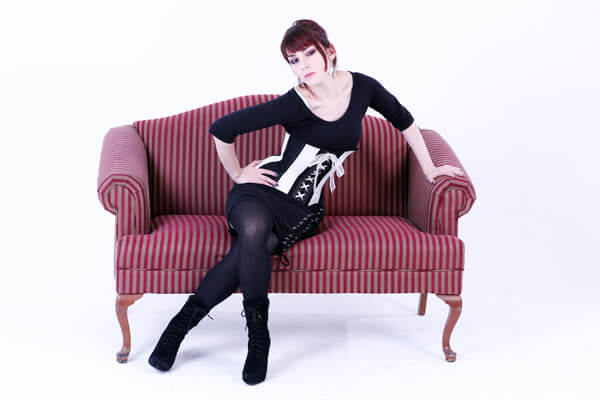 Are corsets detrimental to your health? Not if they're made (and worn) correctly. Model: Victoria Dagger, corset: Pop Antique.

If you've not yet come across the corseted x-rays of which I speak, you can take a gander at the article in current circulation here: X-ray images of women in corsets show skeletons in a bind 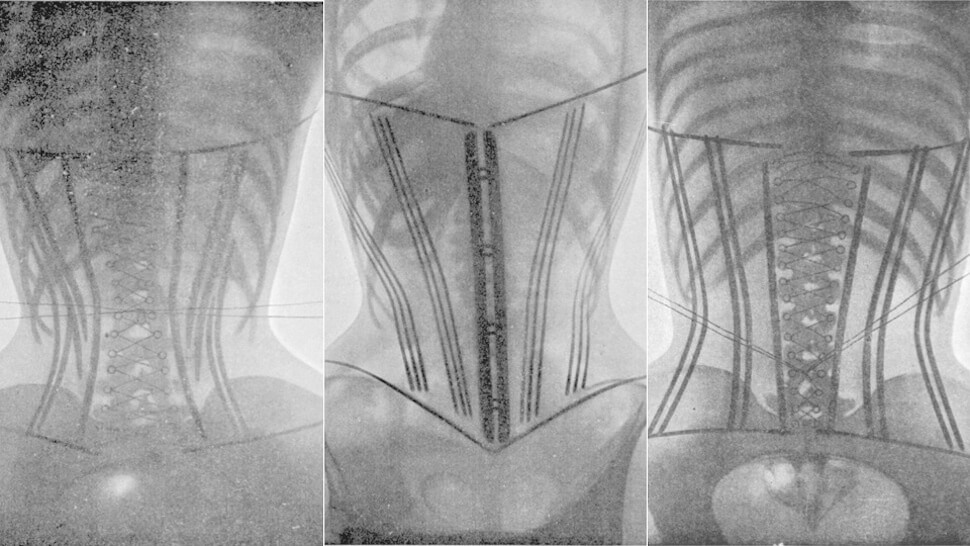 Personally, I see these images as aesthetically interesting (and lovely), and not a point of contention or alarm, but they seem to have folks all up in arms about corsets all over again.

The corsetwearing community has been decrying the images as faked to varying degrees, but Lucy (of Lucy Corsetry) delved into the source material to clarify. I recommend reading the full post: X-rays from "Le Corset" (1908) Explained. Some salient points:
-The images are from a doctor who was seeking to compare the effects of Victorian and Edwardian straight-front corsets, particularly on ribs 9-12 (looking, of course, to find in favor of the Edwardian style).
-The doctor admits that the Victorian corset is actually being worn too high on the waistline, which contributes to the level of rib compression.
-Despite her daily corset wearing, it is admitted that the woman being studied is in good health.
-The 2D x-ray is distorted since it is a projection of a 3D form. (Sound familiar?)
-To those wondering why the whalebone and binding show up the way they do, they used suture in the binding and treated the whalebone (baleen) 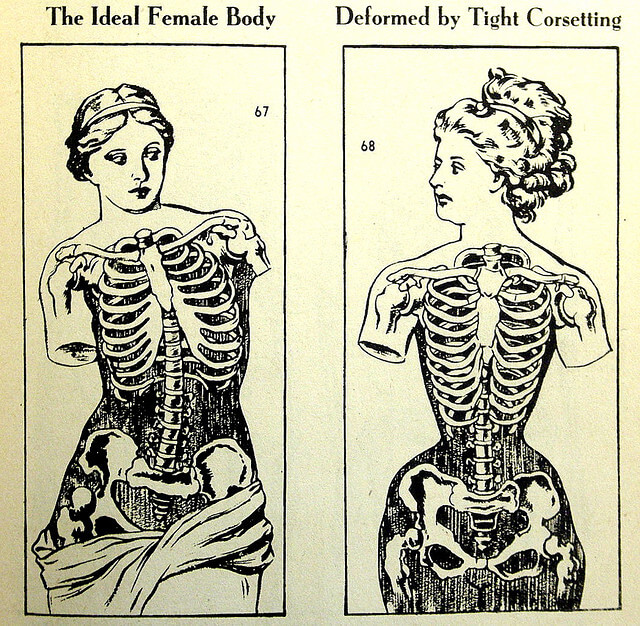 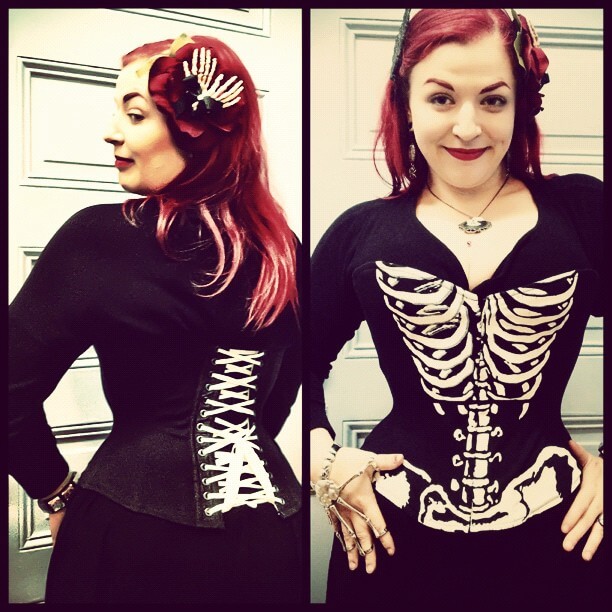 So now we have a bit of background information with which we can look at these images. Time for some anatomy! First and foremost, our rib cages are supposed to be flexible, that's why they attach to our sternums (breastbone) with costal cartilage. On women in particular, the shifting of our rib cages, organs, and pelvises is a biological imperative. They are malleable and shift considerably throughout the course of pregnancy (and childbirth!), but they are also capable of springing back. In the case of corset wearing, the ribs generally return to their usual position once the corset has been removed. In the case of pregnancy, a corset can actually help your body return to its pre-pregnancy layout (but don't ask me what a "double corset" is, as no corsetiere I know has yet been able to decipher what Jessica Alba was talking about...) And in case you were wondering, no Victorian woman ever had a rib removed, at least according to Valerie Steele, a leading corset authority whose depth of knowledge I can only aspire to. 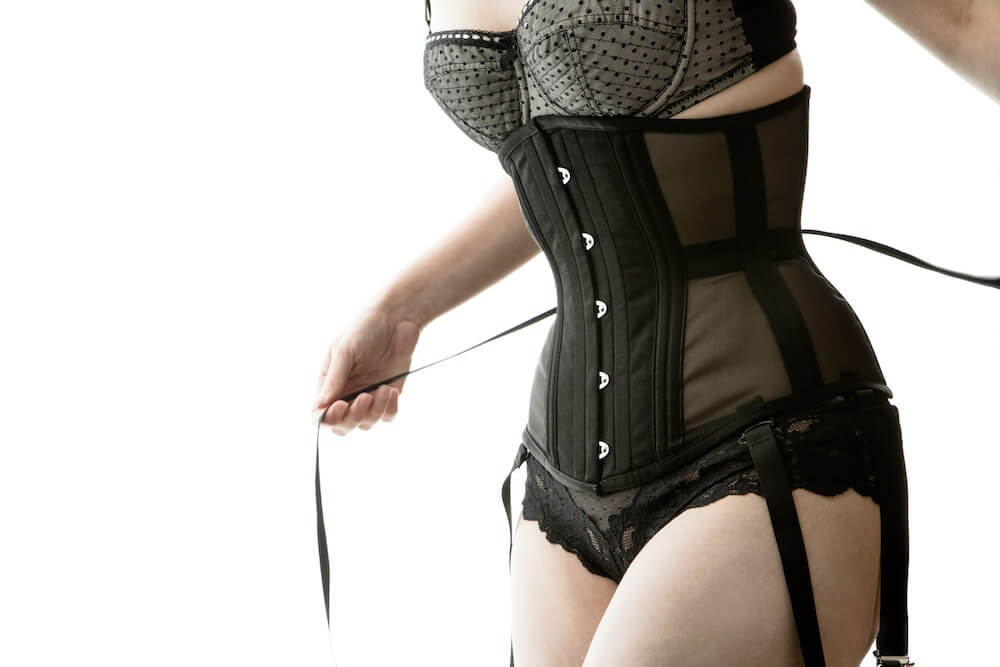 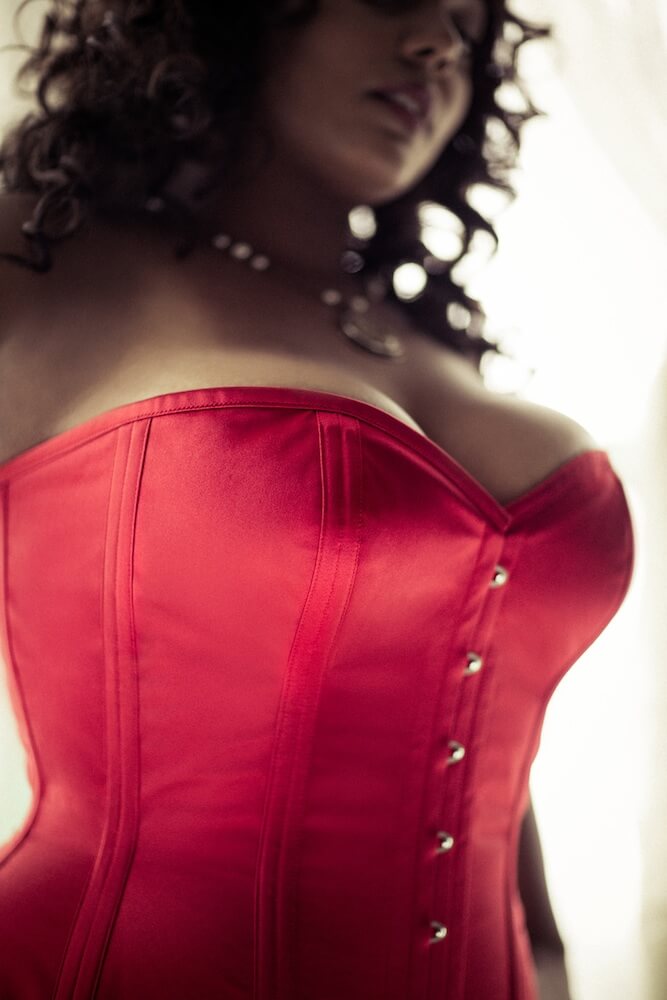 Now let's talk about posture and health. High heels are probably more damaging than corsets, though many more women wear those on a daily basis with only a modicum of reference to the unhealthfulness of doing so. (Charmingly, a 4'10" colleague of mine and former gymnast is so used to her heels that when she walks barefoot she stands on tiptoe. Her achilles tendon has probably been somewhat shortened, but I'm pretty sure she could still kick my ass.) By comparison, corsets actually promote proper posture, something that seems to have fallen by the wayside in recent decades. Complaining that you can't slouch and hunch on your couch, and have to bend from your knees, in a corset designed for a very different individual, isn't really the best argument for their lack of healthfulness, as in this absurdly biased video. (Scientific process? What scientific process?) Actually, some women, particularly those with full busts, find corsets more comfortable and supportive than bras. That's because the weight of your breasts is supported from your waist and hips, and more evenly distributed, and the corset is supporting (rather than straining) your back as well as your breasts. 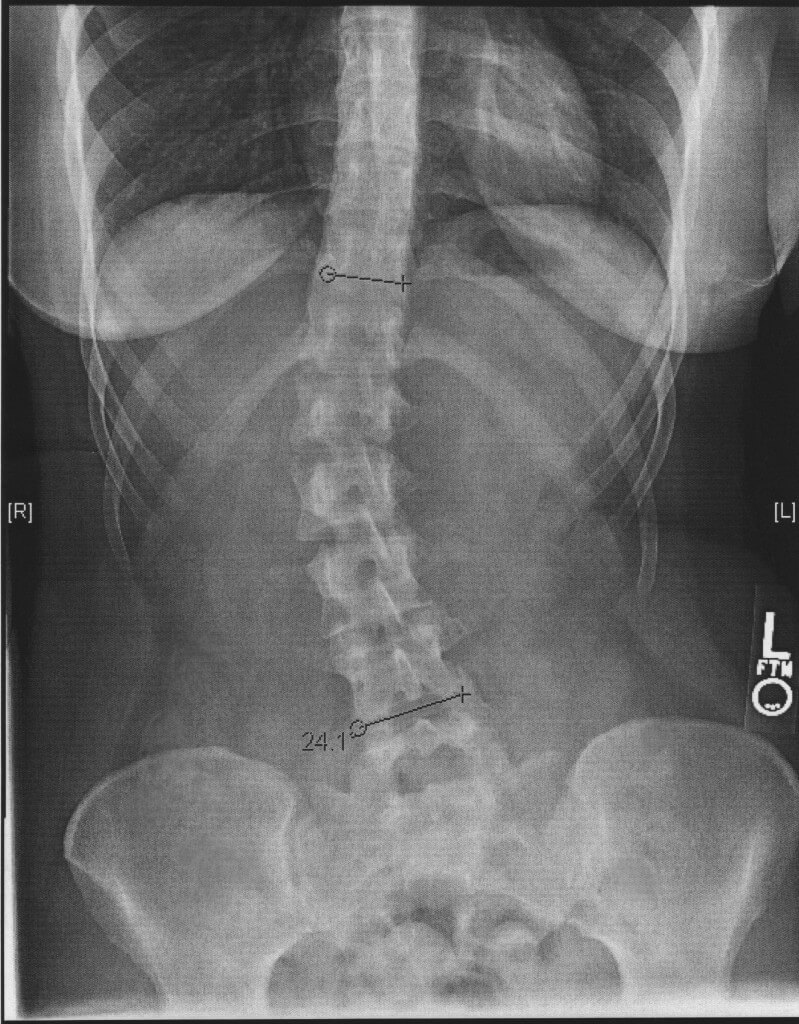 My own uncorseted lumbar spine and ribs. Yes, I have scoliosis, but different isn't necessarily bad as I seem to suffer no ill effects from either my scoliosis or corsetwearing.

Well-made corsets are great back support, large breasts or no. They can assist in the correction of scoliosis and (from what I've heard) are more supportive and comfortable than your average medical back brace, to say nothing of the drugstore variety. I even once fitted a woman with an impressive case of scoliosis who was desperate for a new corset because she missed her old medical brace. But as someone who makes and wears corsets and has scoliosis, I don't understand why we jump to the conclusion that any aberration is automatically a bad thing. Yes, the corseted rib cage may look different. Unless you have other hard medical evidence that there is a functional problem within the body caused by corseting, "looking different" is never going to be enough to convince me. Tattoos and body piercing look different but that doesn't make them automatically bad for us. My scoliosis, though it seems dramatic to a layperson, is almost entirely cosmetic. Its main (only?) health effect on me is perhaps a slightly decreased lung capacity, which doesn't seem to prevent me from powering up and around the notorious hills of San Francisco on a daily basis, on foot. Putting on a corset has positive short-term effects on my body symmetry, which makes it a net positive.  Actually, sometimes I've even found it easier to get through a long day or carry heavy groceries home with the help of my steel-boned friends. 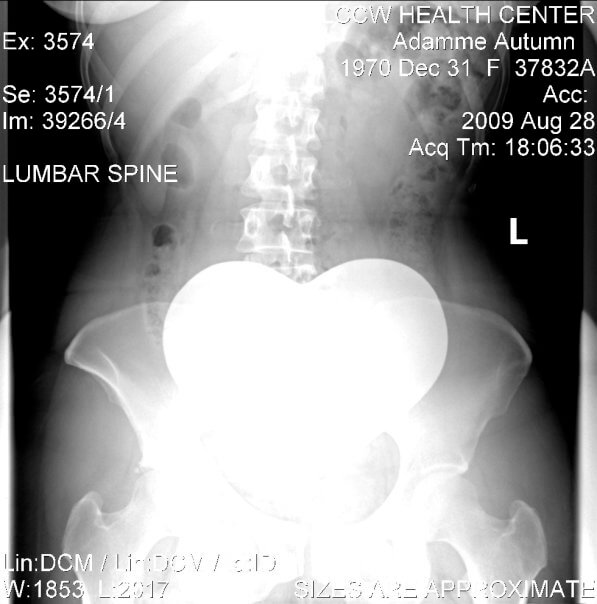 The uncorseted spine and ribs of Autumn Adamme, owner of Dark Garden Corsetry. 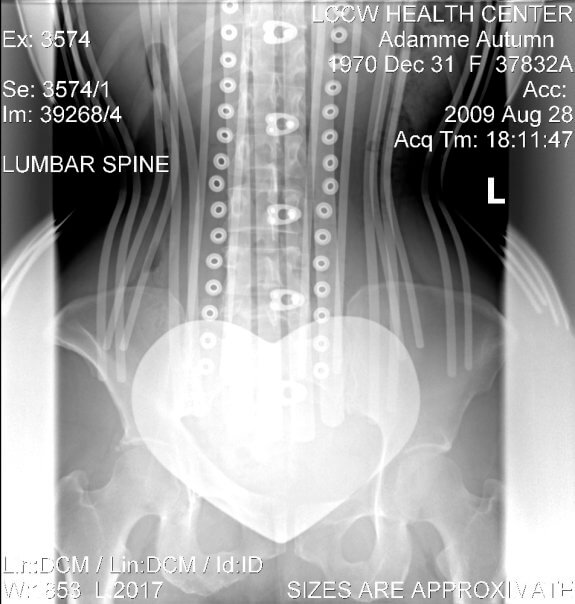 Autumn Adamme, owner of Dark Garden Unique Corsetry, was kind enough to share her own x-rays (corseted and uncorseted) for this piece. These were taken about four years ago; Autumn wore her first (Elizabethan style) corset when she was 10, and as you can see, she has a very healthy looking rib cage! Autumn eats well, does yoga and pilates, and also has some circus training (notably aerial silks). It's a running joke that her age in photographs is indeterminate. In short --- corseting seems to have had no poor effects on her health. Without going into Autumn's age, she's been running the business since 1989, so she's had plenty of time to let all those corsets get the best of her, but I've yet to see evidence of it. I asked her about another Victorian health concern commonly attributed to corsetry, one familiar to all who've seen the first Pirates of the Caribbean movie. "Lack of ventilation combined with many, many layers of clothing" was the more likely reason Victorian women were notoriously fainting all the time, Autumn tells me and the occasional wary clients. 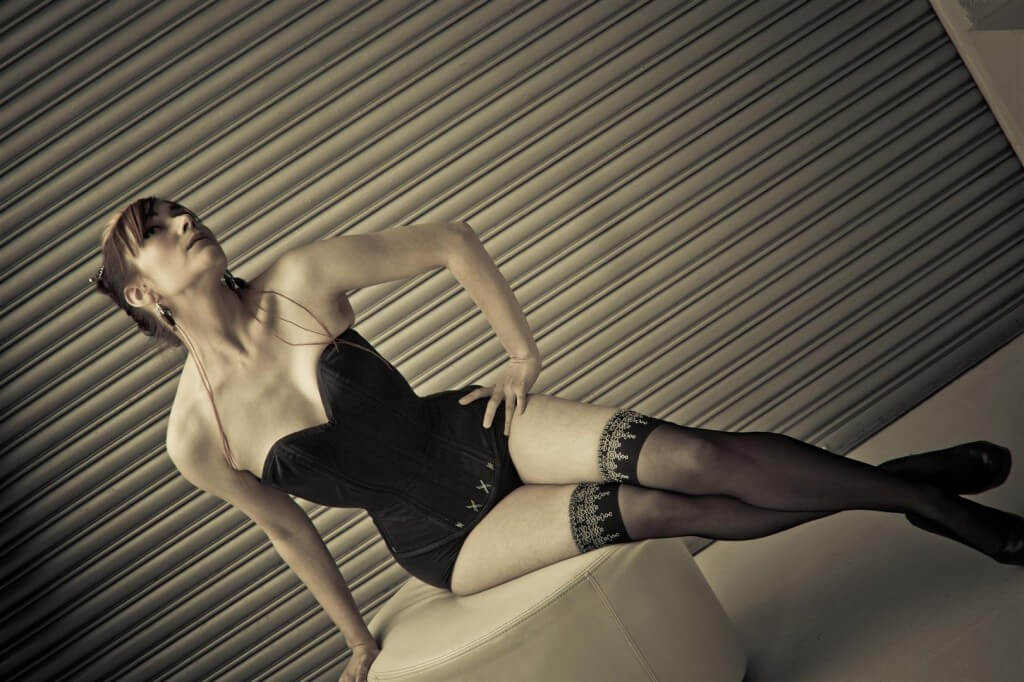 Many people find this cupped rib shape to be more "extreme" looking and assume it's uncomfortable, but it actually compresses the ribcage as minimally as possible. Model: Victoria Dagger, Photo: Karolina Marek, Corset: Pop Antique

Ultimately, though, the effects and comfort of corseting vary person by person, corset by corset. You may have seen the "we're all the same" meme with the different skeletons, but that's actually a blatant falsehood (or at least misleading). Different regions absolutely have different body type trends evidenced in their skeletons, and different corsetmakers all have varied ideals of fit, reduction, posture, hip spring, rib compression, etc. You have to find the corsetmaker that is right for you. In my own experience, the waist shaping that looks most extreme to the public may actually be the most comfortable. My corsets (Pop Antique) have a "cupped" rib shape, which looks more extreme at a glance but actually minimizes compression to the rib cage. Compare to English corsets, which tend to be cut for the demographically common narrow, conical rib cages. One is not better than the other, just as a thong is not inherently better than a boy short. It comes down to what works for your body and taste and finding the brand that serves you best.