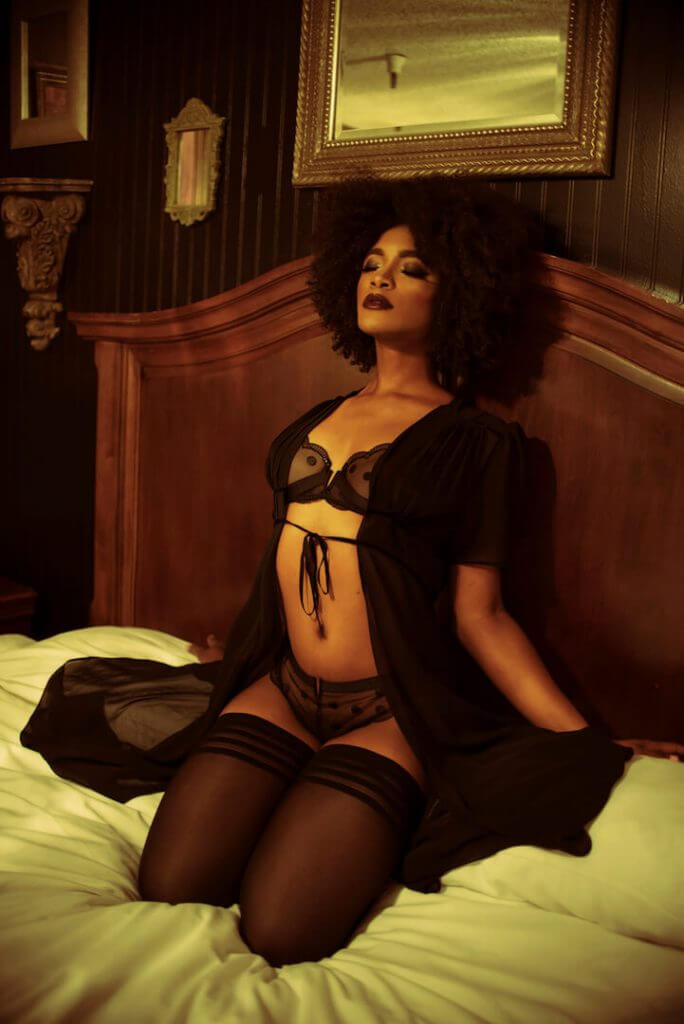 My last shoot of 2015 also happened to be the most spontaneous. Lars Kommienezuspadt, the photographer behind Made in Eighty, made an announcement on Instagram that he'd be coming to Vegas for a few days and had a shoot opening.

I've been an ardent admirer of Lars' work for years. His photographs are moody and intriguing, and even a non-artist like myself can recognize and appreciate the way he manipulates light to frame his subjects.

Despite working with some of the most famous names in the industry right now (like Gia Genevieve and Angelique Noire), Lars was willing to book me in at the last minute, so I used my saved up airline miles and hotel nights for a spur-of-the-moment trip to Las Vegas.

Now that I've done a few of these lingerie photoshoots for TLA, my feelings about them have changed. At first, I just saw my shoots as a kind of lingerie-inspired cosplay. I'm not particularly glamorous in my day-to-day life (charcoal grey tees and black jeans, ftw), so the chance to be that kind of ultra-femme, retro bombshell - to see myself in a way I never had before - was appealing.

But as I've matured and developed, my tastes have altered as well, and recently I've felt more comfortable moving away from the traditional cheeky glamour shots and experimenting with different, or even more editorial looks.

More than that though, I've realized I really enjoy styling these shoots...even more than I like posing for them. Going through my lingerie collection, thinking about what would pair well from different brands, looking up photos of the shoot location and trying to complement the environment with the garments...that's exciting to me. I didn't even know there was a name for that kind of work until recently (a stylist, for anyone else who's as clueless as I am), but now that I do, I want to push further in that direction.

It's also true that I often feel disheartened with how limited lingerie editorial coverage is. Even when a fashion shoot features intimate apparel, it's frequently the same few pieces from the same few brands. But there are so many stories that can be told through lingerie, and I want to explore.

I want to delve into what intimates and the fashion of intimates can mean in the 21st century. I want to go beyond bondage and pseudo-lesbianism and sex work fantasies and open up this rich world of lingerie to people that may have never given it a second glance. This shoot has me feeling invigorated and inspired in a way I haven't felt for ages...perhaps because I wasn't yet ready to feel this way. 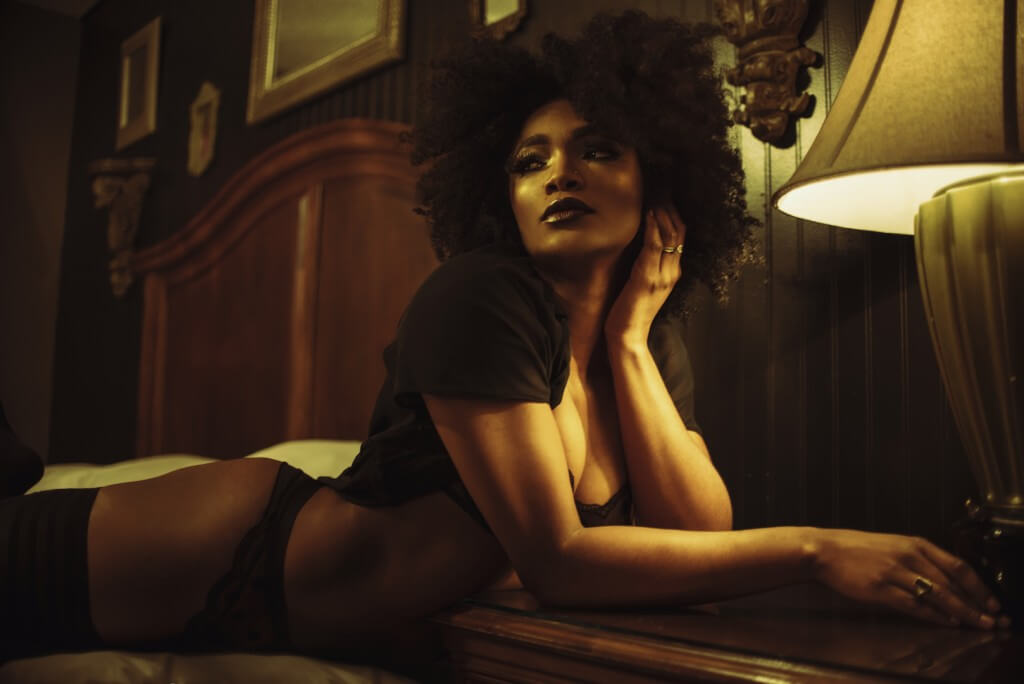 Shifting focus slightly, I've also been thinking a lot (based on conversations with Holly and Jeanna and others) about the role "acceptable beauty" plays in fashion and lingerie as well as how risky and transgressive it is to exist outside of that paradigm yet still publish images of yourself for public view.

As a dark-skinned, size 10, kinky-haired black woman in my 30's, I'm acutely aware of how much my actual, physical body deviates from what's "normal" in fashion. And that statement isn't a reflection on my personal self-esteem - I quite like myself and how I look. That said, I'm also confronted, on a daily basis, with just how much I departs from what's considered beautiful by my own industry.

That ever-expanding awareness, that increasing cognitive dissonance, has me thinking about ways I can use TLA's platform to expand those notions of who "belongs" in lingerie.

Anyway! To bring things back to the pictures, all photos shown here are by Lars Kommienezuspadt. Makeup is by Ari Barbie (I just can't even with her contouring here). Wardrobe was styled by me with pieces selected from Layneau, Nubian Skin, Hanky Panky, Hauty, What Katie Did, Orchard Corset, Wolford, Pleasurements, and Kiss Me Deadly.

Brand credits are on each photo, though some items may not be currently available. For my fellow non-models who are wondering how easy Lars and Ari are to work with, I can't recommend them enough. The entire shoot felt natural and easy, which is always very important when you're posing in your underwear.

I feel like I've said a lot in this blog post, and it's not all that conclusive, but it is reflective of where my mind's been lately. I've been so wrapped up in my head recently that it almost feels like I'm cocooning, but I think I'm about ready to break free.

What are your thoughts on lingerie styling and lingerie editorials more generally? Do you think there's space for more lingerie-focused fashion content? 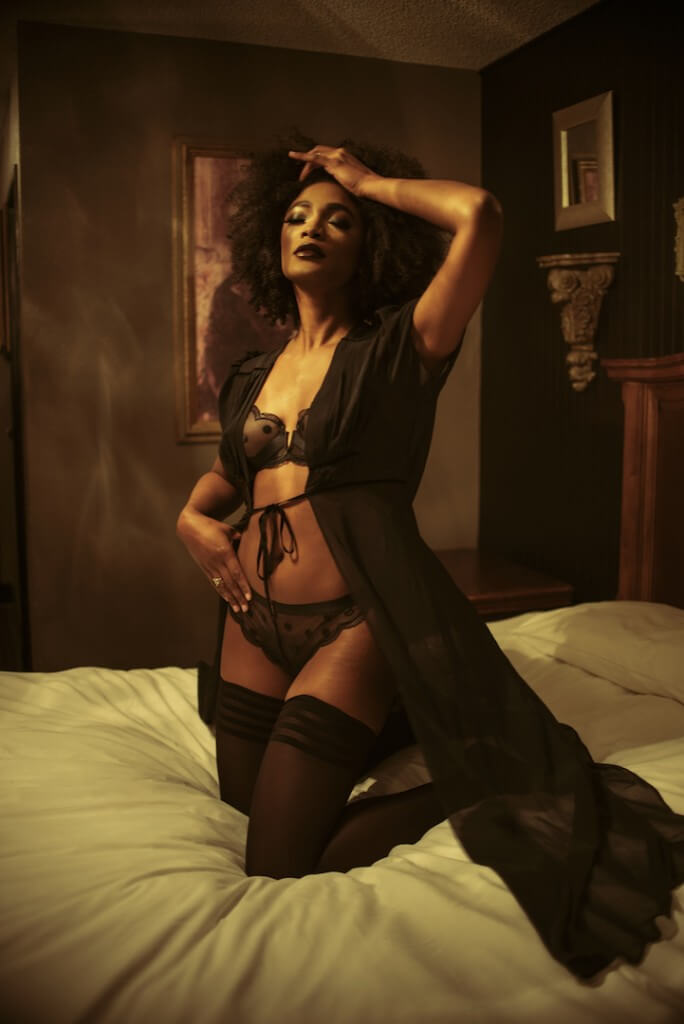 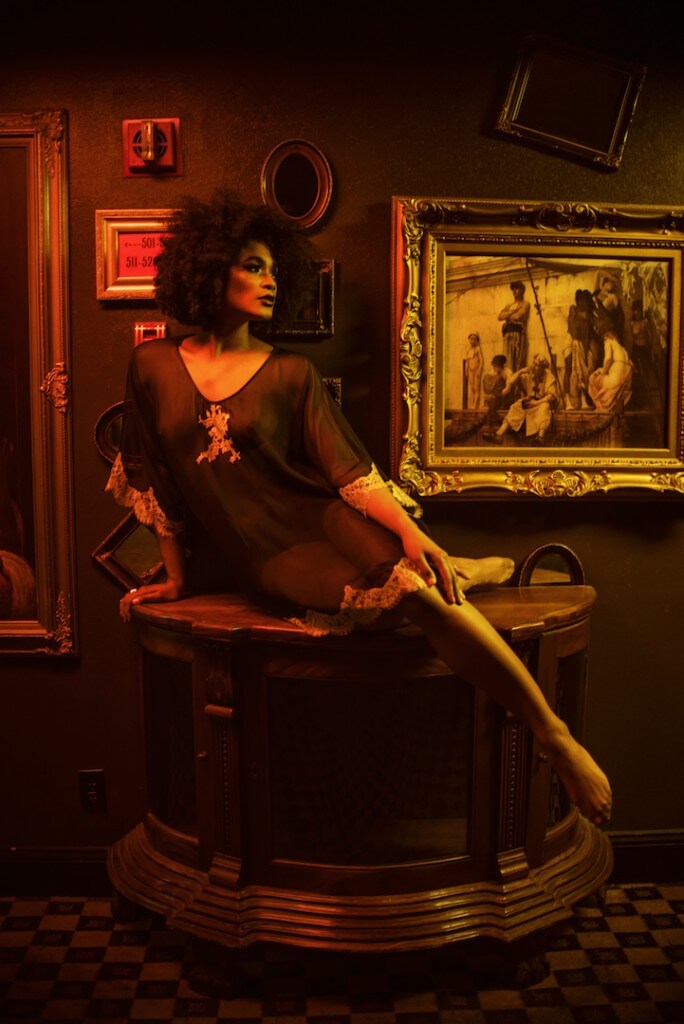 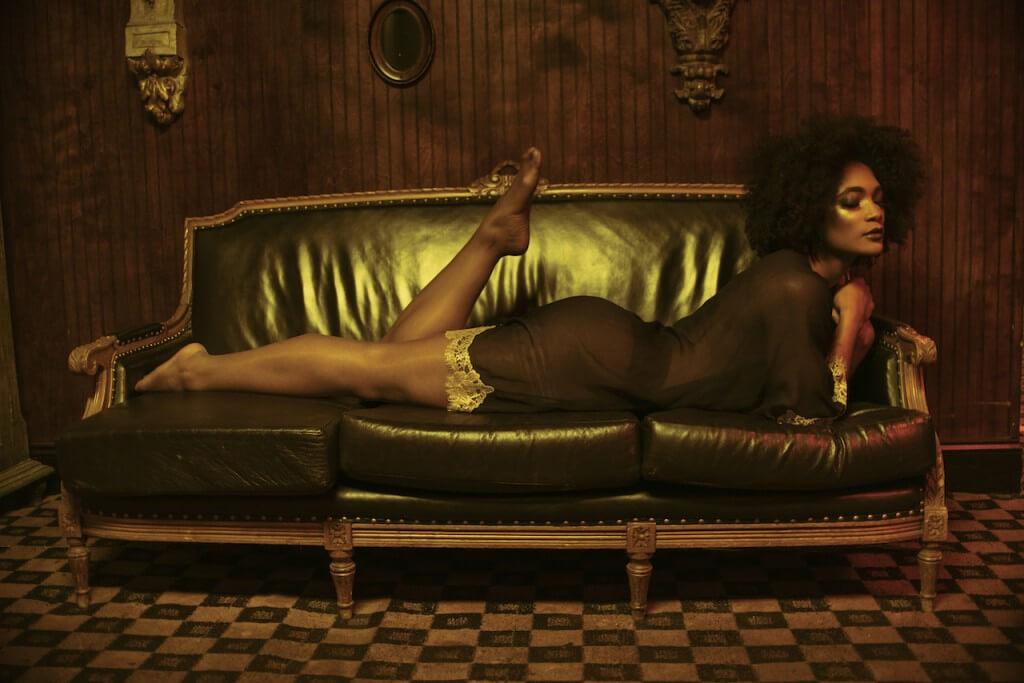 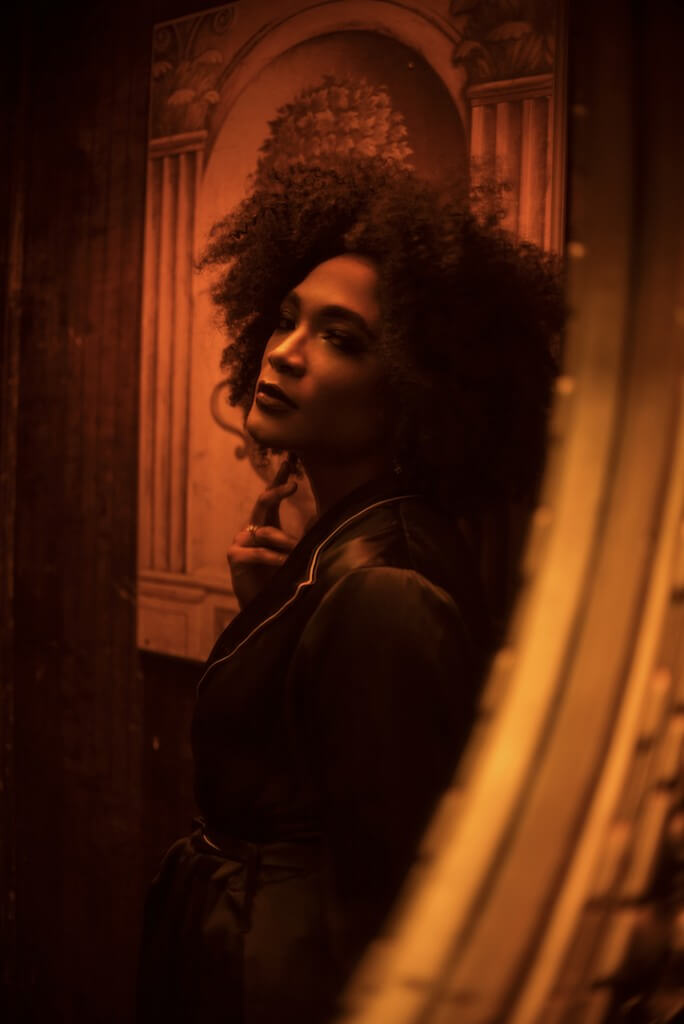 Photo by Lars Kommienezuspadt. Makeup by Ari Barbie. Robe by What Katie Did.