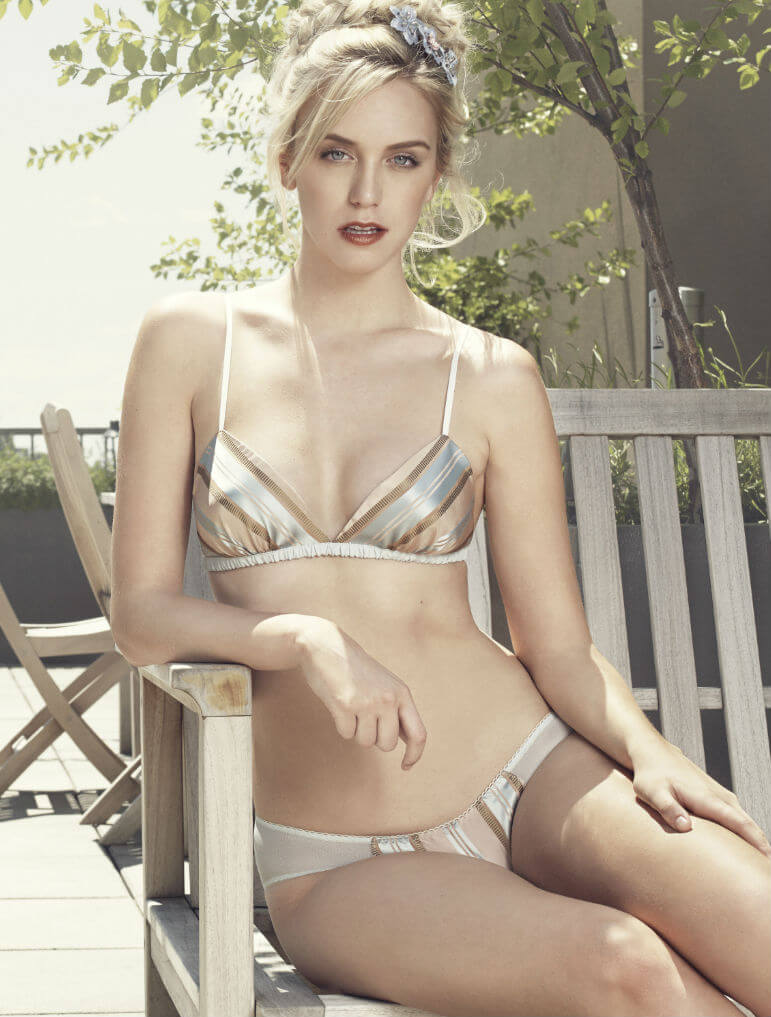 The best lingerie lookbooks are ones where the viewer can imagine themselves stepping into the model's place and being transformed by the lingerie itself. Angela Friedman's newest campaign is such a success (her A/W 2014 was actually a top 5 favorite last year as well). With the aptly titled "The Sorbet Collection", we are treated to dreamy confections in sweet, nostalgic silhouettes that have us imagining lazy summer lounging and romantic rendezvous.

Crafted in soft pastels of peachy pinks and pale blues, much of the collection takes its cue from the 1920s. The straight slips, simple bralettes, and slim fitting tap pants look like they stepped right off the silver screen. Construction of these lovelies harkens back to this era as well, utilizing crepe de chine (a fine, tightly woven silk) to skim the body through expert patterning rather than relying on more forgiving stretch silks.

This is especially notable in the slips, with a straight shift shape that gently gathers at the waist for definition. This type of squared bodice edge was popularized during the era, and was often trimmed with a bit of lace (as Angela has done here with vintage lace and ruffled pointe d'esprit netting). Even the back fastening is vintage referenced, with a slit to the waist topped with a tiny button. There is a long version of the slip, with a more modern (and daring!) slit to the hip. This is banded in contrasting crepe de chine and features a slim tie to conceal the elastic waist. 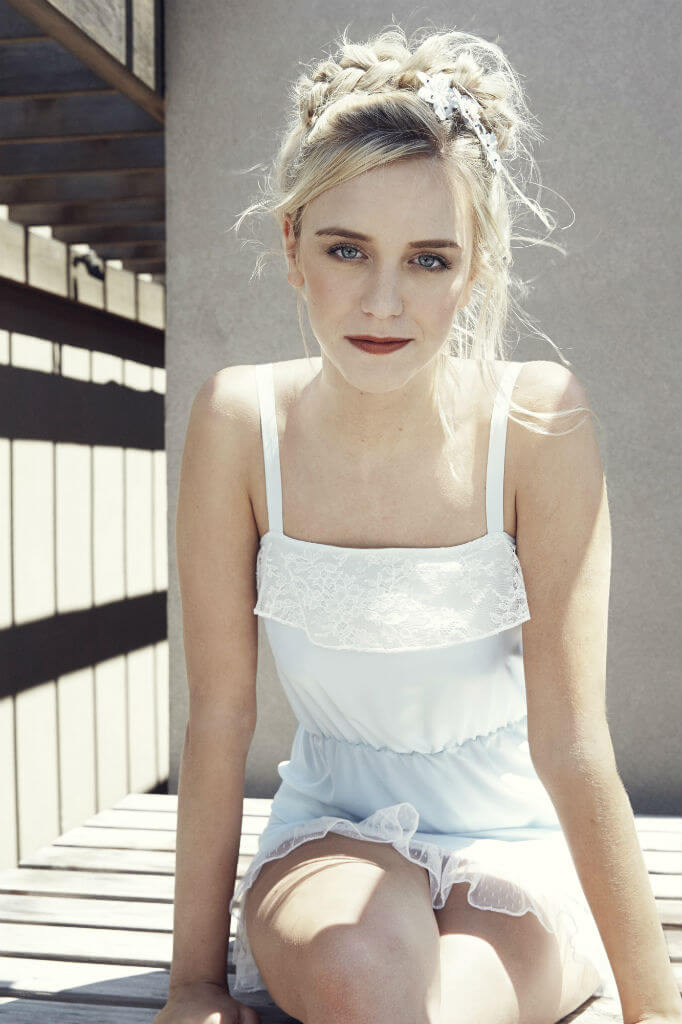 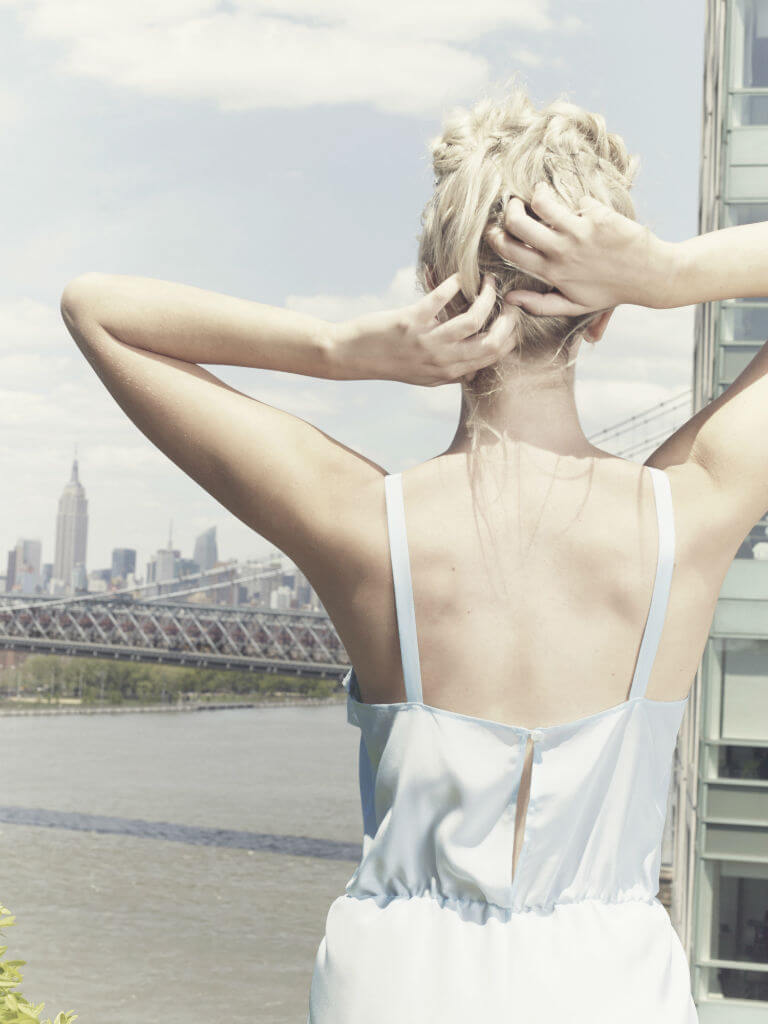 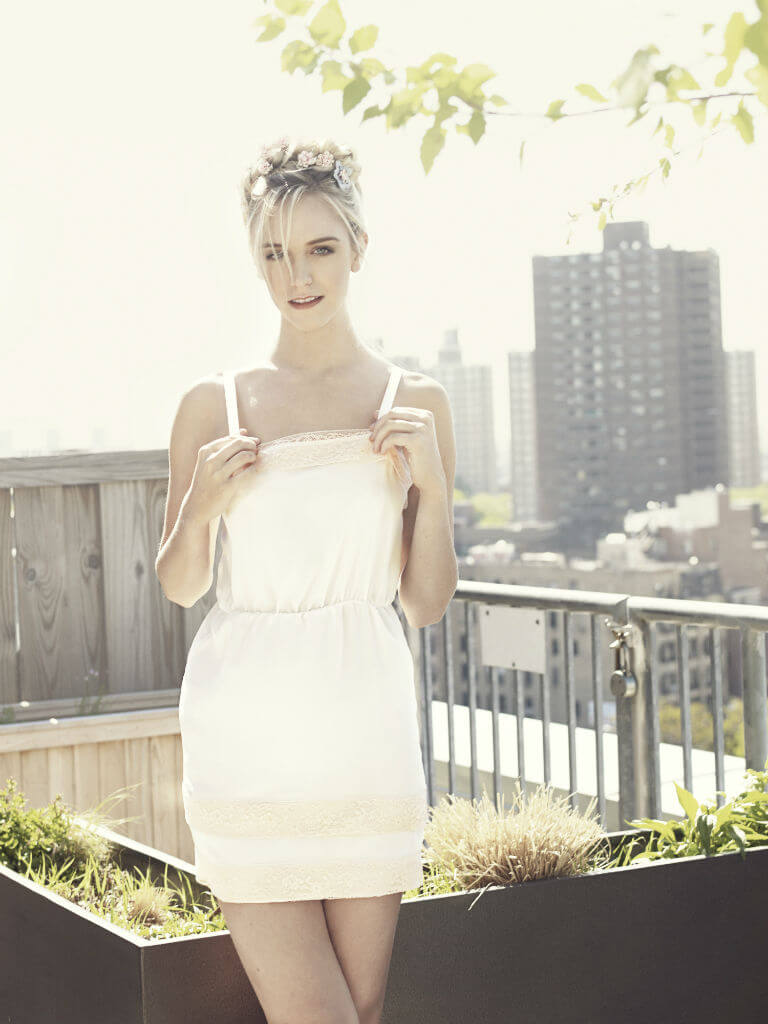 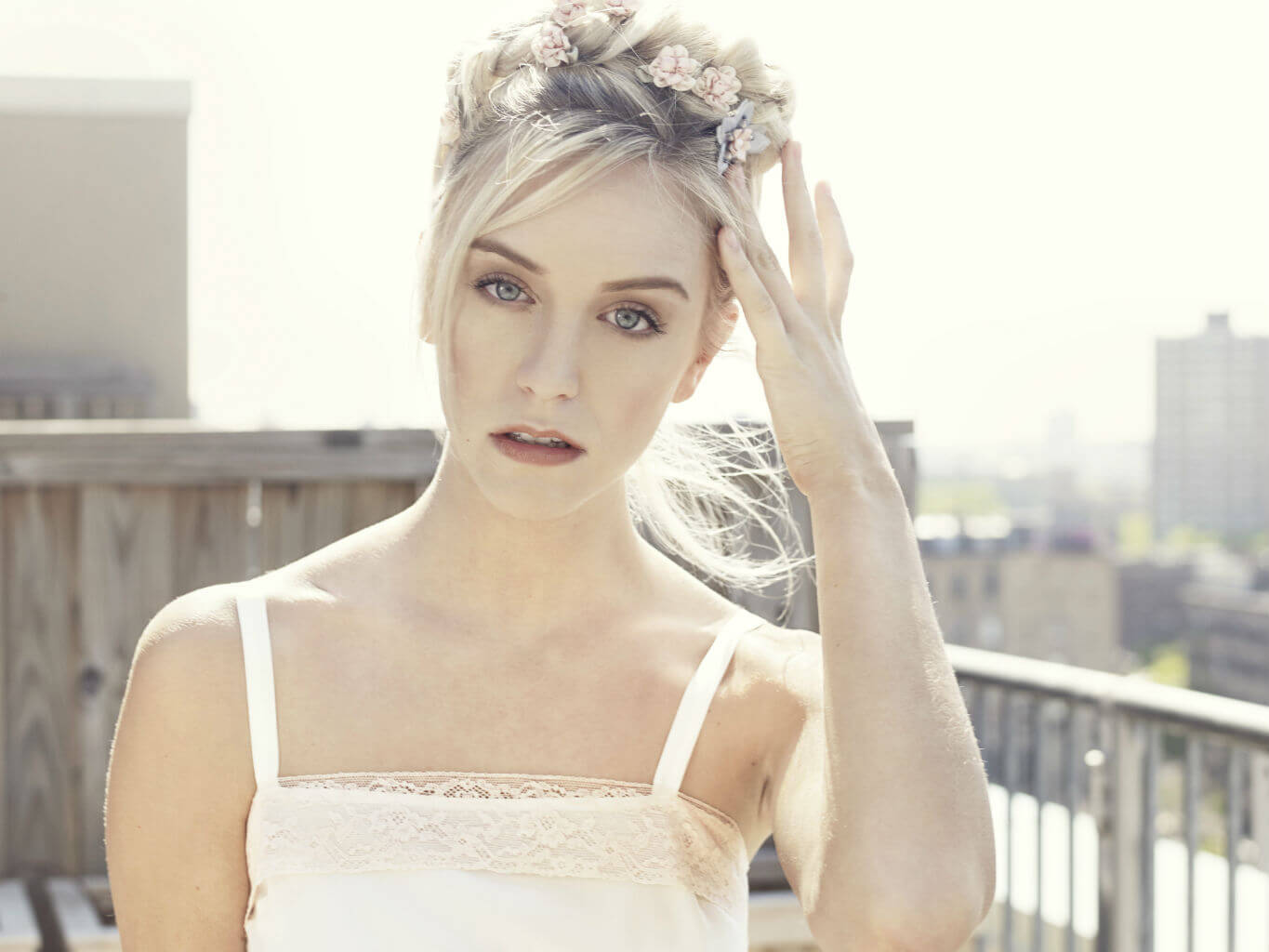 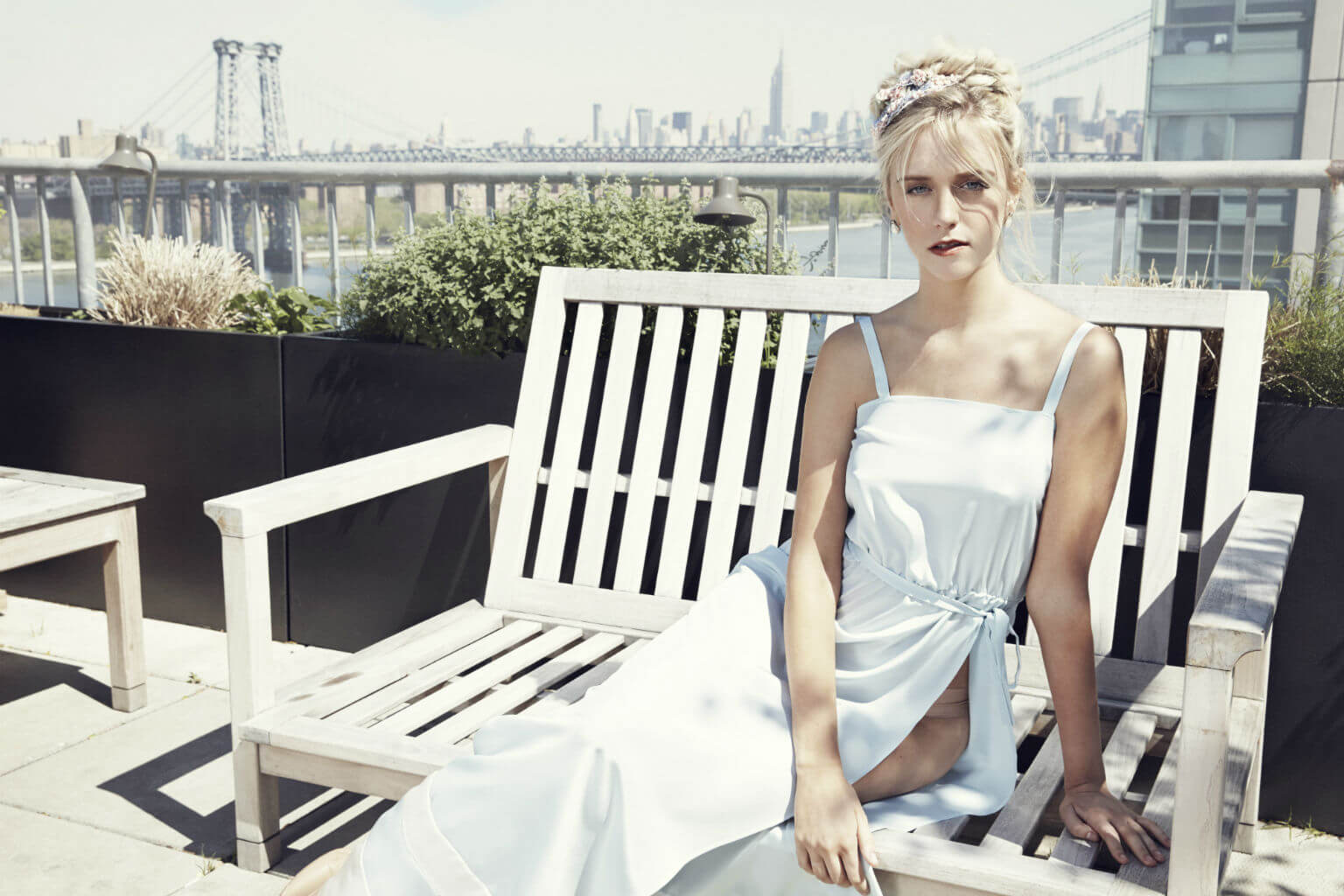 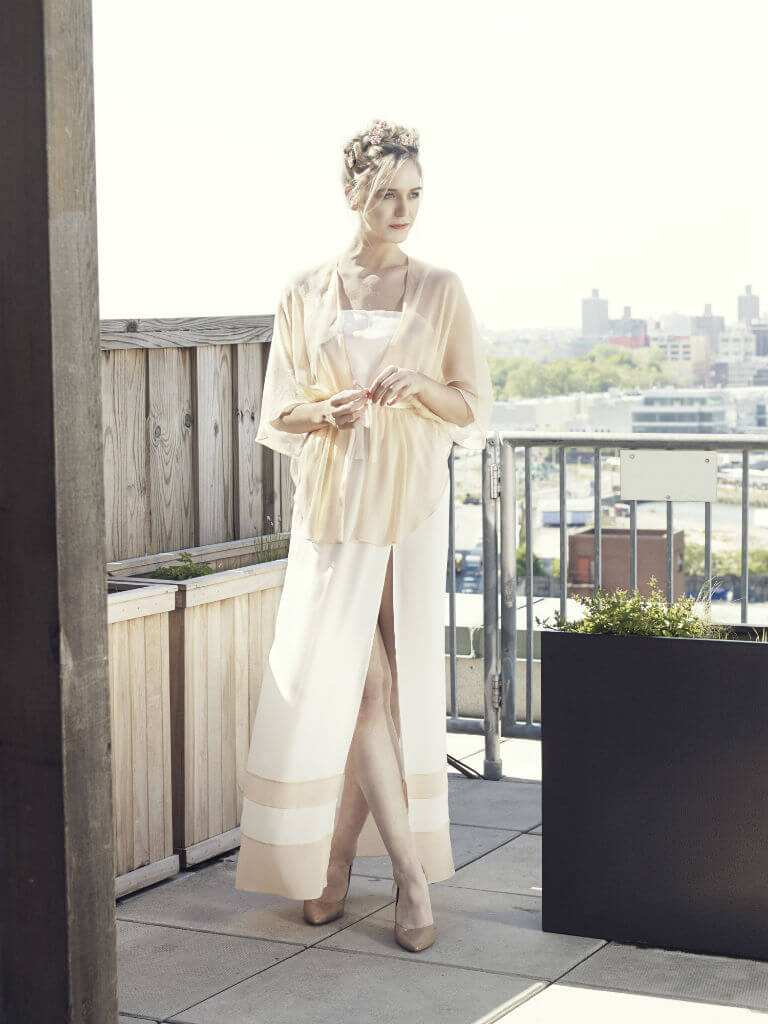 The 1920s reference is more obvious in the bralettes and tap pants that are smartly tailored for ease of wear under modern fashions. The surplice front bralette features gathering underneath the bust, a slim covered elastic band, and dainty straps. The tap pants feature the tiniest of waistbands and fine narrow hems. These would be delightful to wear under full skirts in the summer when we're feeling quite ladylike. Though topped with the coordinating crinkle chiffon bed jacket, they make for some seriously glamorous loungewear. 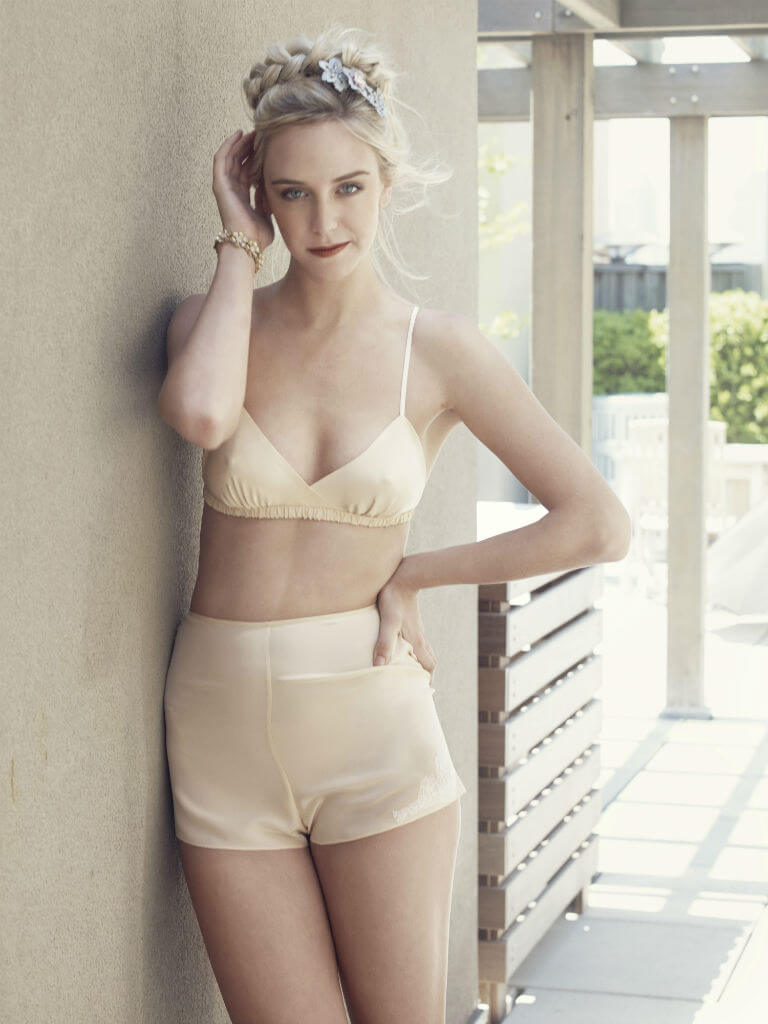 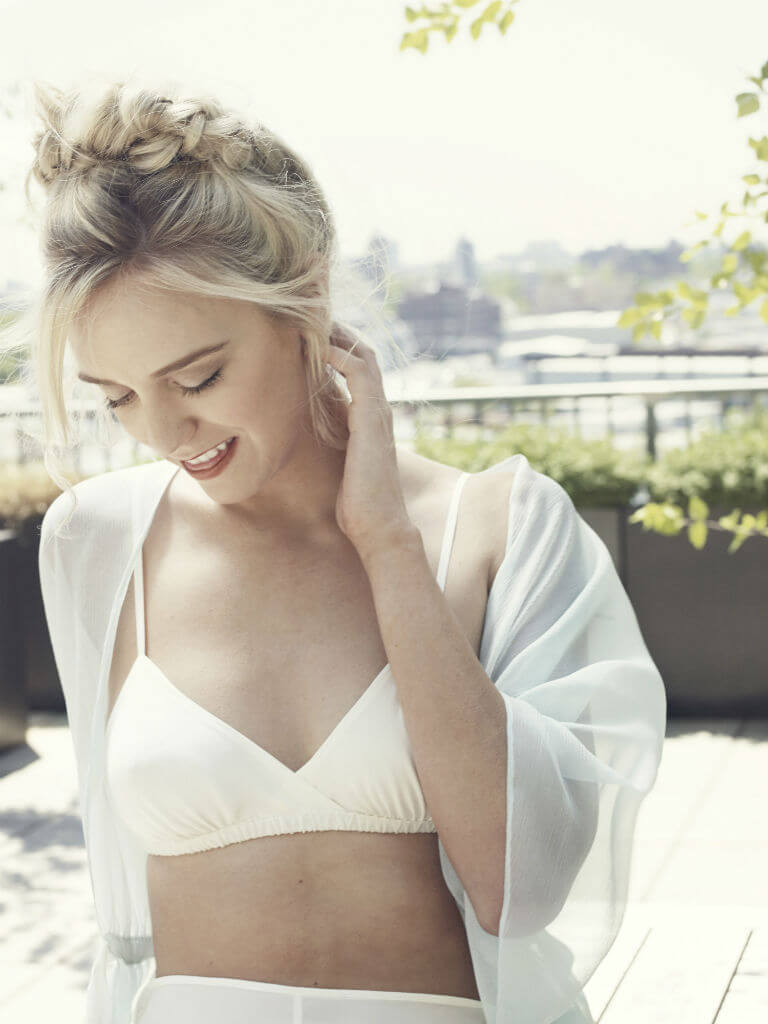 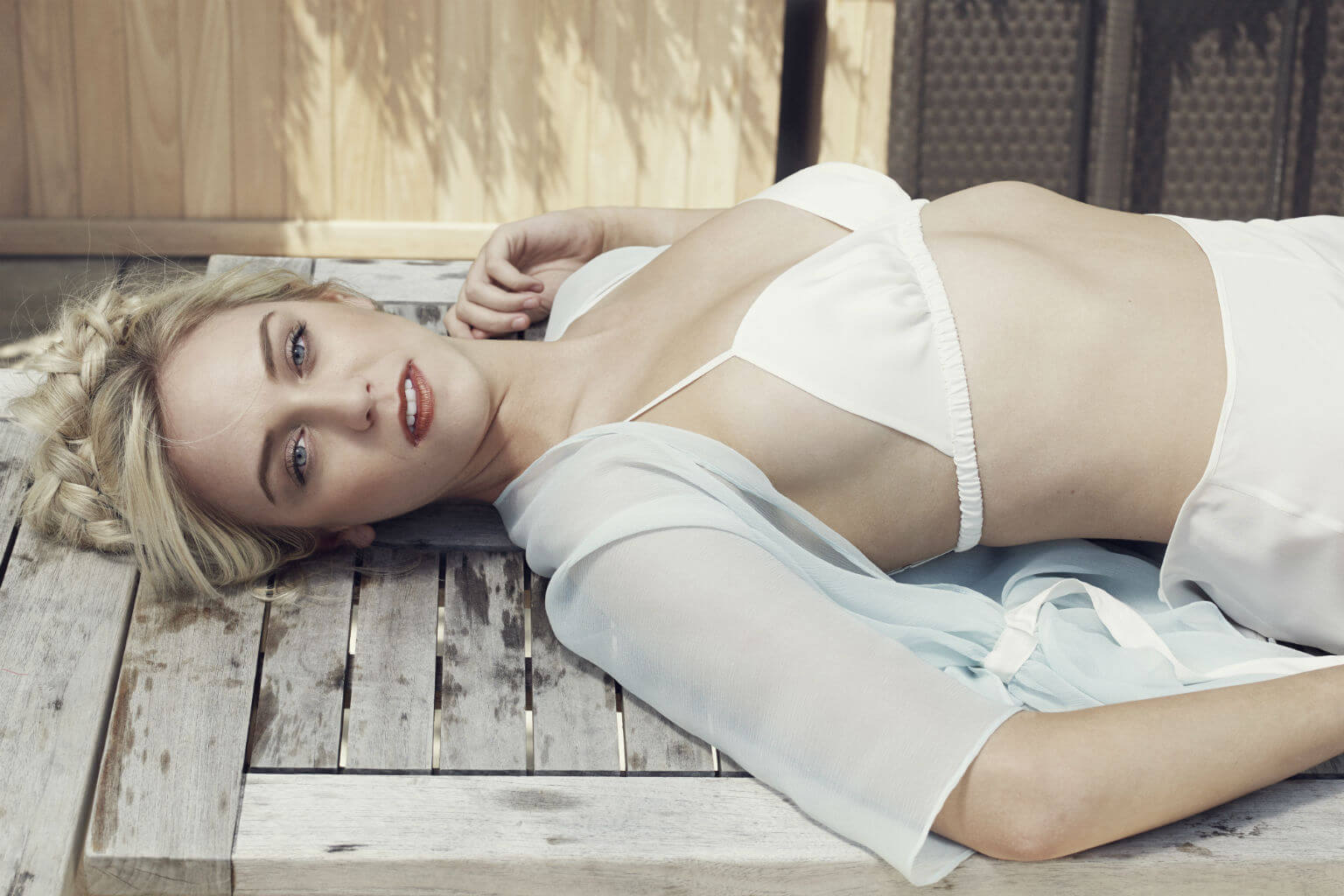 I'm sure these little swingy chemises will be the biggest sellers from the collection. Easily sized due to their flirty babydoll shape, they come paired with a little French lace thong making them a wonderful gift (the perfect "something blue" for the bride-to-be!). The straight bodice edge is trimmed with French lace and fastened with a delicate button closure (tying it in quite nicely with the rest of the 1920s referenced pieces in the collection). 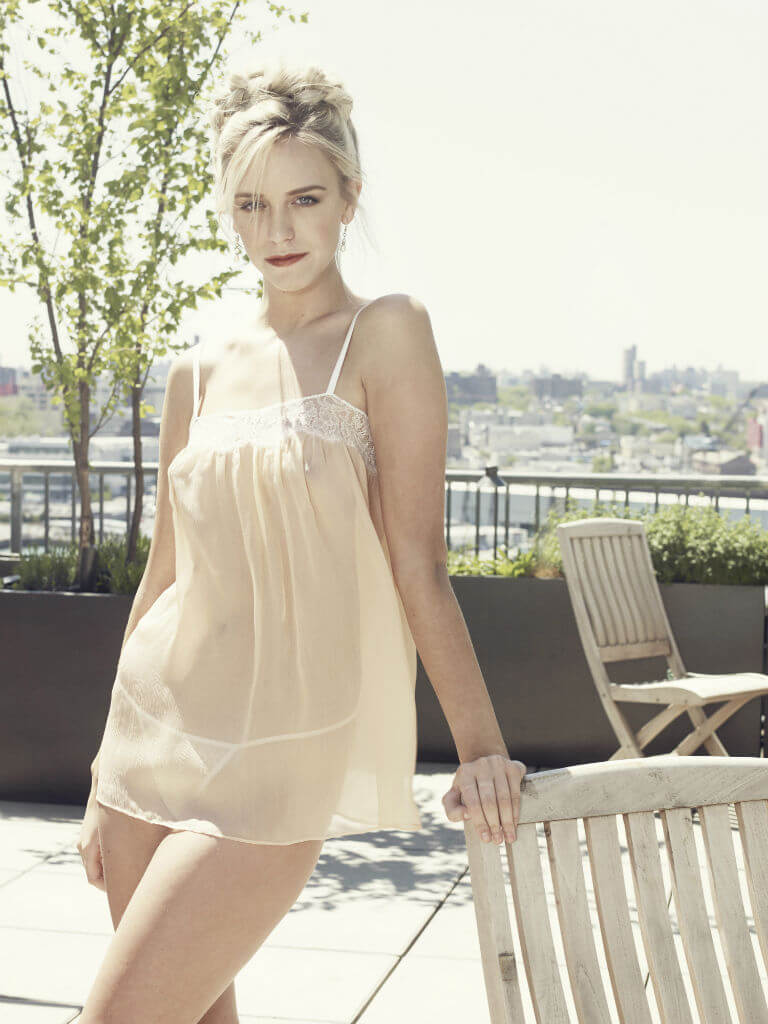 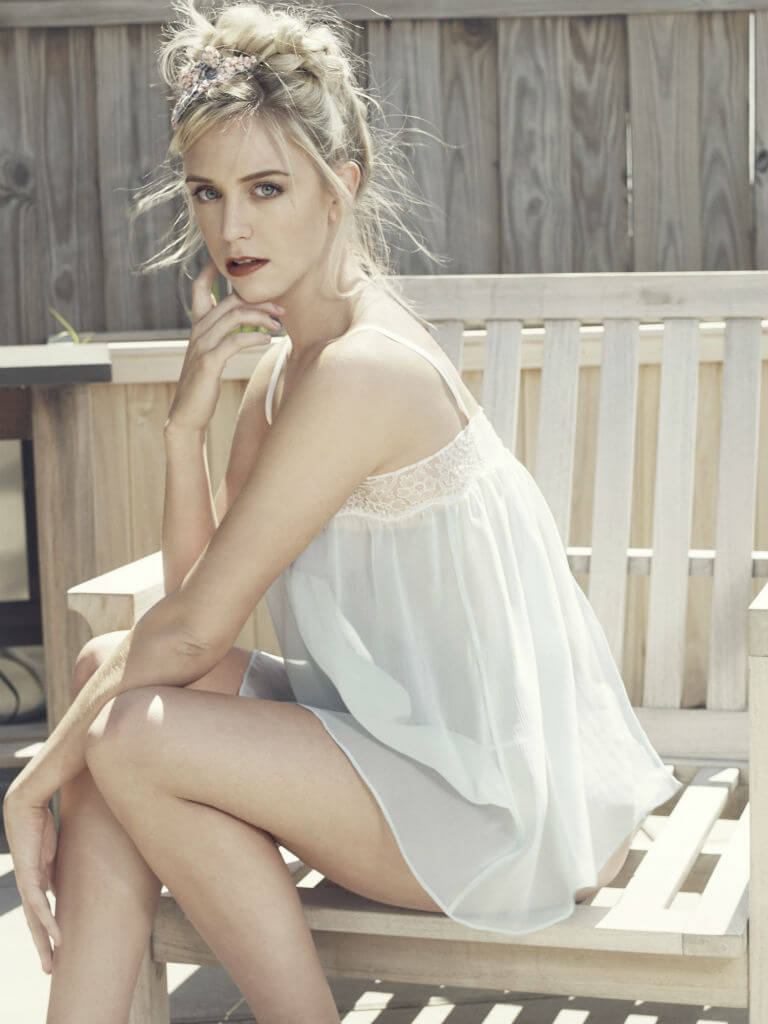 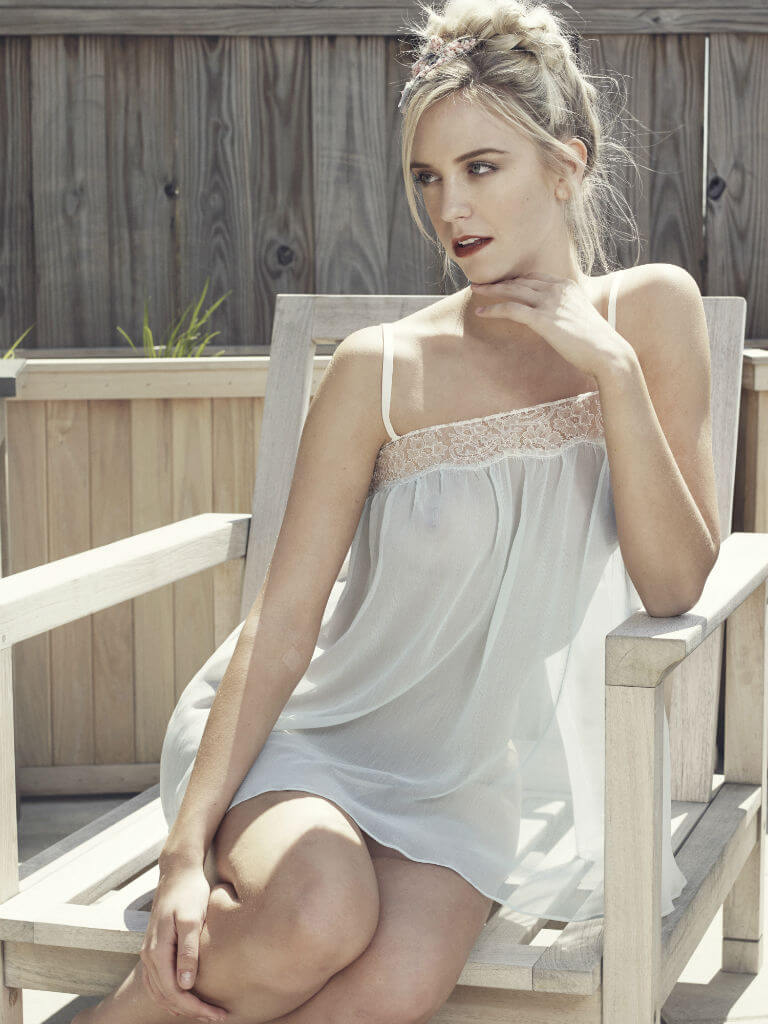 Lastly, it wouldn't be an Angela Friedman collection without the appearance of magnificent corsets! We have gushed at length over Angela's corsets in the past, and it's easy to see why. This S/S 2015 collection features two beauties crafted in the palest of ballet pinks (cheekily photographed over a tutu no less!). The version unadorned with a frilled neckline is especially lovely as it seems to transform the model's skin into an absolute glow. The better to show off those fabulous knickers, too! 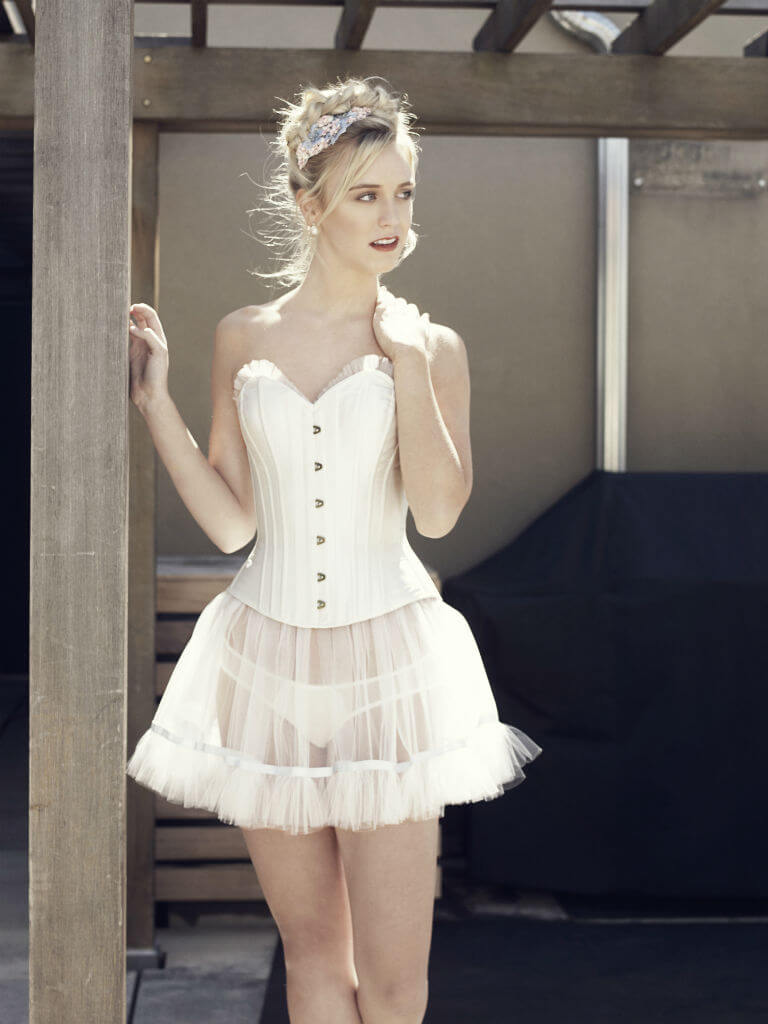 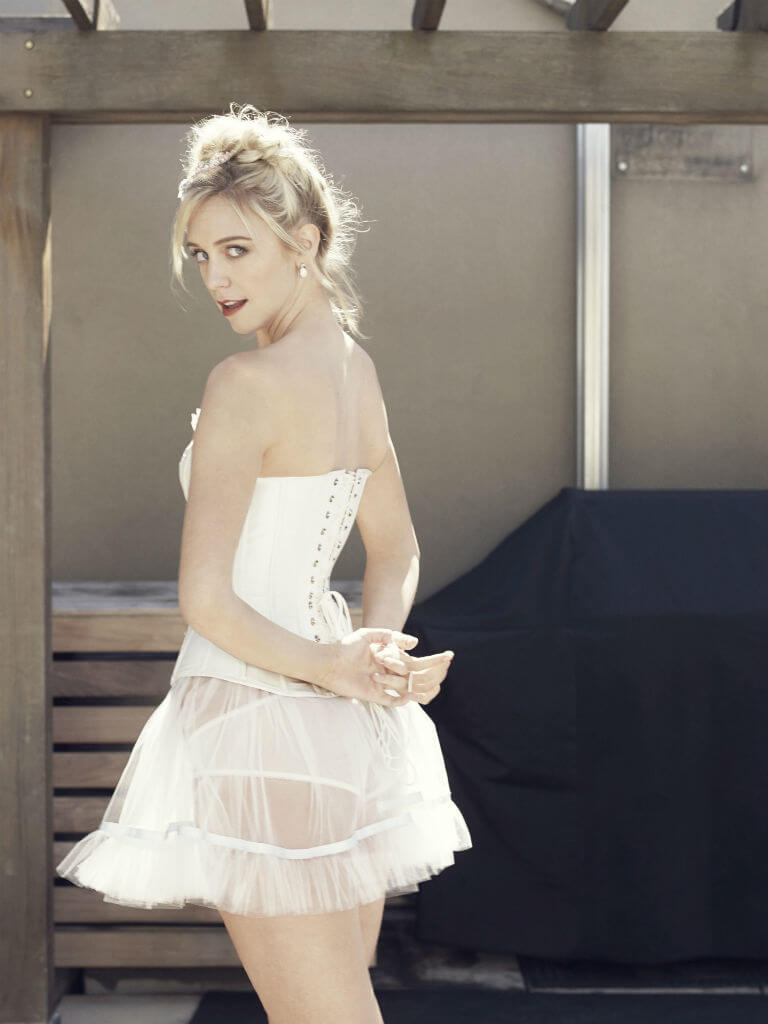 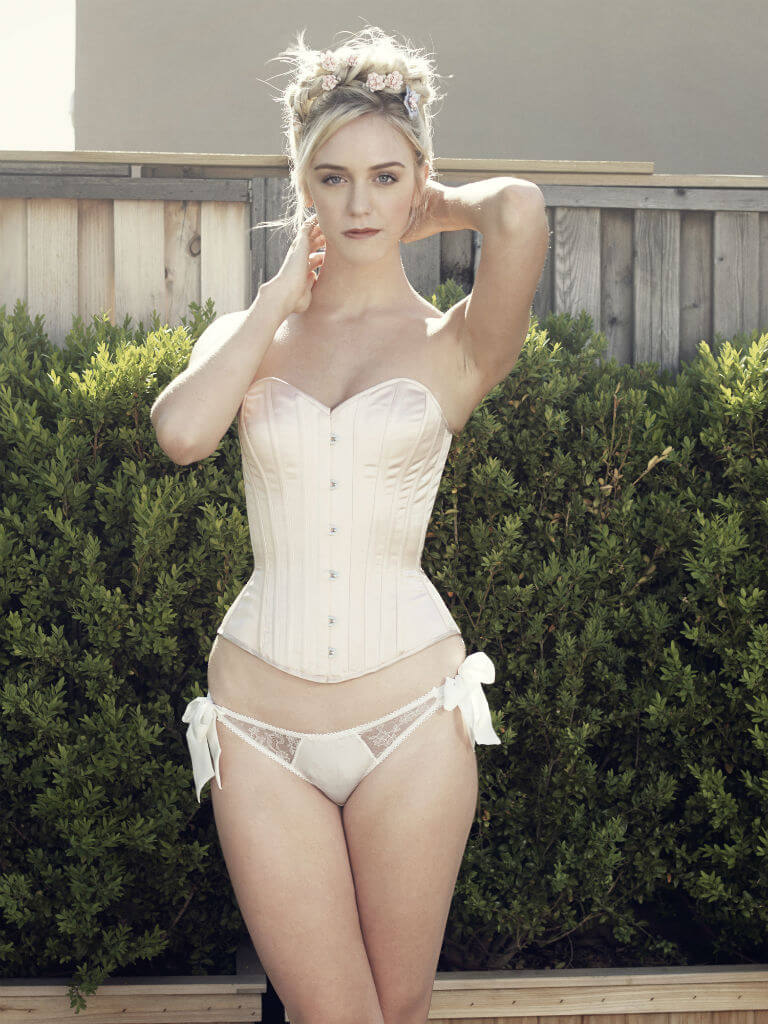 What do you think of Angela Friedman's S/S 2015 collection? Are you a fan of 1920s inspired lingerie? Does the photography of a collection inspire your purchasing decisions? 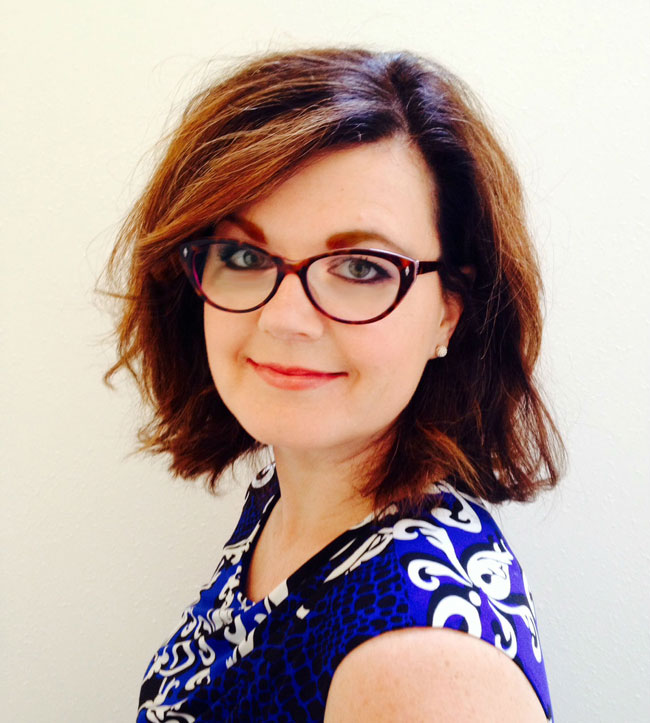