Corsets, Cocktails, & Carousing: The Effects of Drinking While Corseted

Disclaimer: The following is a compilation of anecdotal evidence and is not intended to replace the opinion of a licensed medical professional.

If you're planning to indulge in both A) the excuse to don a corset (hurrah) and B) a bottle of wine or some cocktails this Valentine's Day, you might find yourself in for a surprise.

Though drinking while corseted isn't guaranteed trouble, it's highly likely that your body will process and respond to alcohol and cocktails differently when compressed by the corset. There are several different scenarios of how this might play out, so I highly encourage you to engage in a not-so-dry run before the big night. 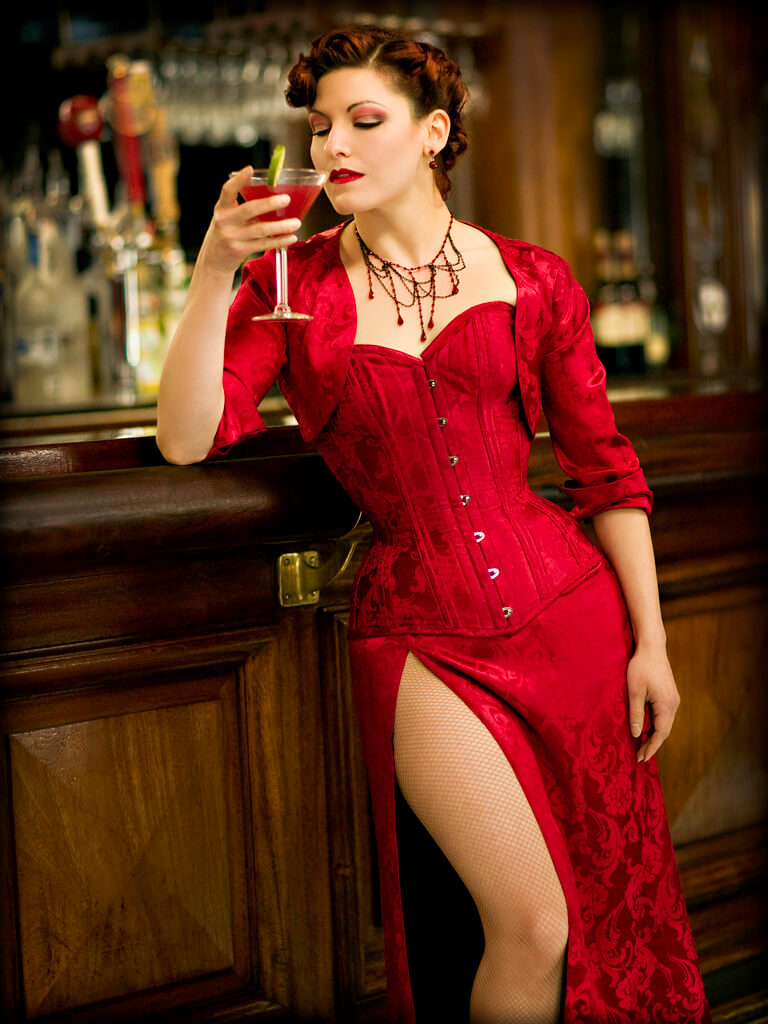 One of the most common reactions to drinking while corseted is that you'll feel fine while laced in... but as soon as the corset comes off, you are either instantly hungover or wasted.

If you are already prone to hangovers or have particularly vicious or long-lasting ones, this is probably more likely. If you end up in the "instantly wasted" camp, try to remember not to overcompensate for how mildly you are being affected. Remember it will all catch up with you at the end of the night! If you tend to suffer from muscle soreness from dehydration after drinking, that effect may well be worsened. 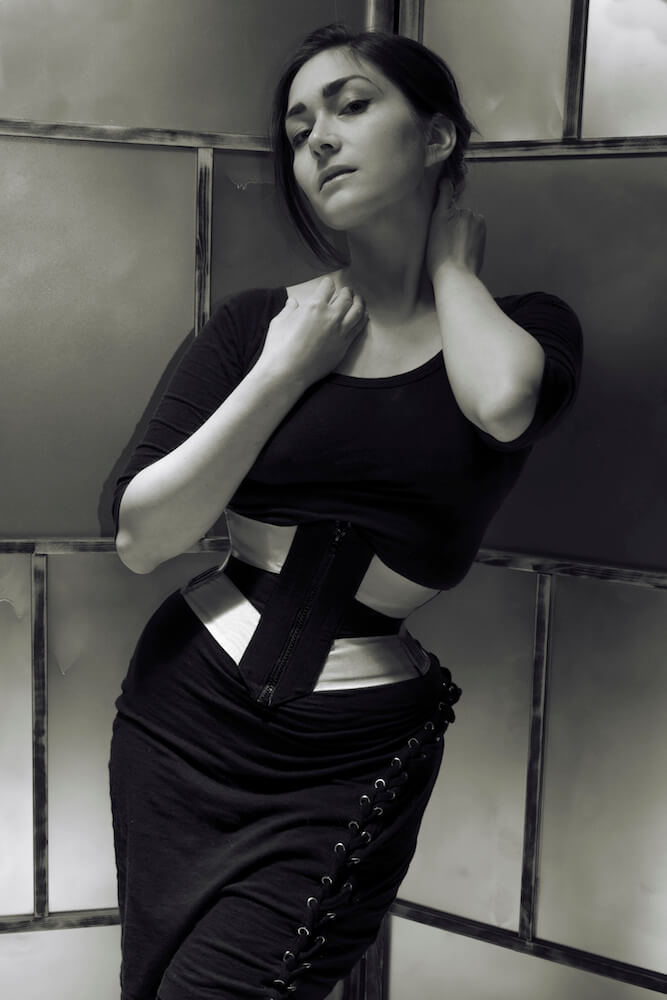 Other common side effects are nausea or acid reflux. There's potential for a bit of a vicious cycle here: Too much food and/or drink while corseted can cause bloating. So, while corseted, one tends to eat smaller meals. Smaller meals leave more room for beverages. Alcoholic beverages generally require a bit of food to ground them. So you need to remember to keep your food and alcohol intake balanced, but consume less of both than you would otherwise. 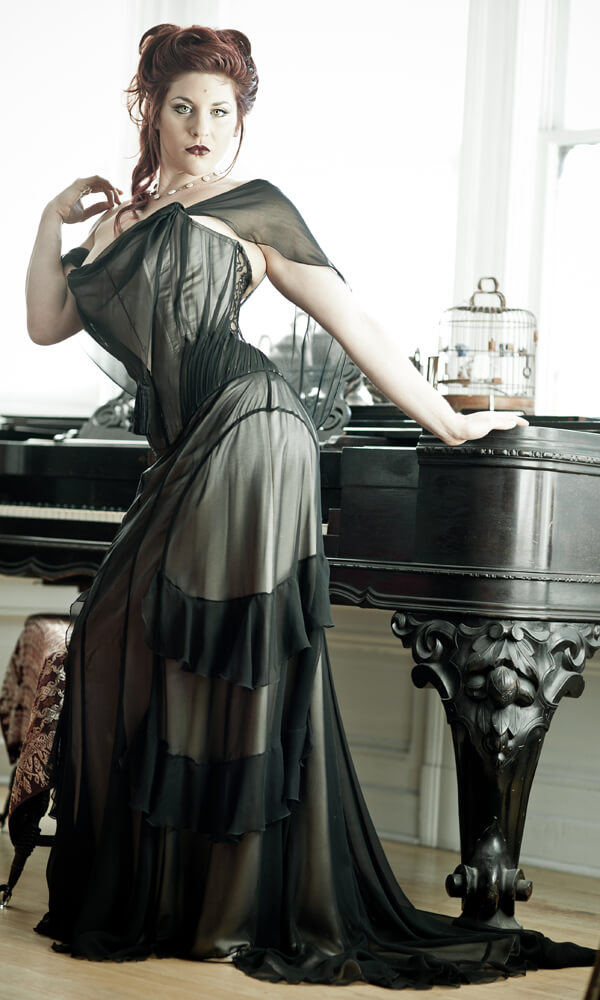 On that note, be wary of champagne/sparkling wine, bubbly cider or beer, or mixed drinks with carbonated content. Lucy has an in-depth piece about why corsets and soft drinks don't mix. Basically, in a compressed stomach, there is less room for those bubbles. Feeling bloated or needing to burp in a corset is a pretty unpleasant experience. Drinking neat liquor or flat cocktails is a less risky prospect.

So what can you do about it? Well, half the battle is wearing the right corset. A corset with a milder reduction (or worn looser) will give you fewer problems. (I consider 2" or less a mild reduction; 3-5" is moderate, and 6" is dramatic... but it all depends on your size, because 4" is a lot more on a 24" waist than on a 36" waist).

If you waist train or generally wear your corsets frequently, your body is also more adapted to the compression so you have less to worry about. Corsets that are custom fit and/or well broken in will also be less triggering. 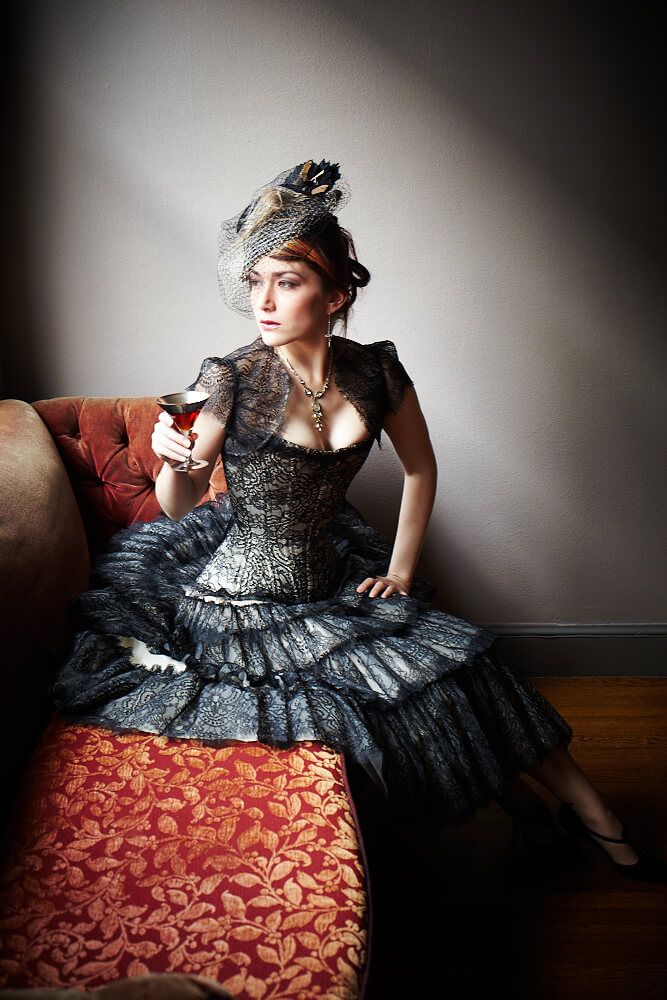 Regardless of what corset you end up wearing, be sure to stay hydrated.

The uncorseted guideline is to (ideally) drink as many glasses of water as you do of alcohol. Though it may be inconvenient to do so in a corset (between the space it takes up and the slightly increased difficulty of using the bathroom), you should really strive to drink at least that much water.

You should also switch to just water well before you unlace, giving your body at least an hour if not more to process the last round of drinks. At the end of the night, unlace very slowly, a half inch at a time, to prevent all the residual alcohol from hitting your system all at once. You can also loosen up and relace periodically throughout the night, giving each drink a chance to circulate instead of creating a boozy bottleneck.

What have your experiences of drinking in a corset been like? Do you have any advice to share?