Five Observations About Lingerie and Androgyny 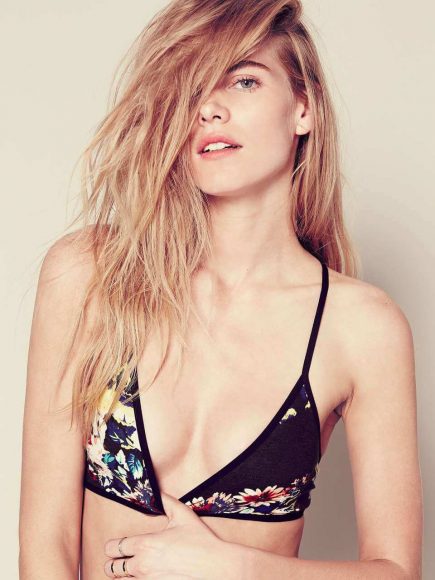 Over the last year, I’ve been working on piecing together a sense of my own gender identity, and researching what I can wear to support that identity as a gender nonbinary person.

I’ve learned a lot about the way that the lingerie industry has been marketing to (and selling the idea of) nonbinary people, and androgyny in general. I’m pleased to see several companies stepping up to cater to people outside the gender binary, but androgyny in lingerie is still largely falling into very masculine or very feminine camps. In addition, brands almost always advertise very explicitly whether they are selling to men or women (with one notable exception, PlayOut, which is explicitly queer and nonbinary in its design process).

Obviously some of these observations warrant further discussion, and I’ll be talking about them in other articles - but for now, here are my top five concerns about the lingerie industry’s approach to androgyny:

1. Mainstream companies are still representing the idea of androgyny primarily through thin people. 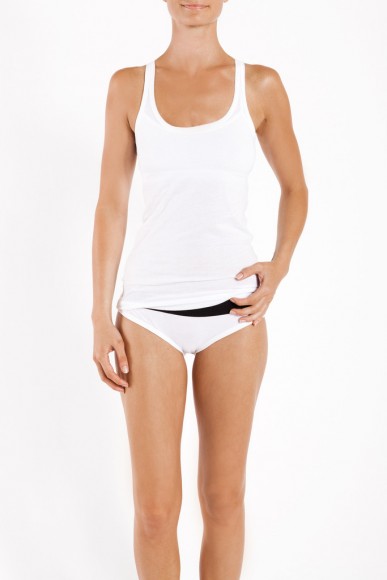 Via Sloan and Tate

It’s exciting to see models like Andreja Pejic gaining traction for being deliberately androgynous. However, when mainstream clothing and lingerie brands represent androgyny, they still represent it as involving thin people without breasts or with very small breasts. This trend often seeps down into the indie lingerie brands to a greater or lesser extent.

Nonbinary and androgynous people come in all shapes and sizes, and only seeing us represented as the thinnest of the thin and the flattest of the flat can be damaging, especially for people who already have body dysphoria. 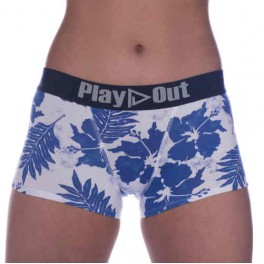 TomboyX and PlayOut are both making underwear cut for AFAB bodies for around $25 a pair. Both companies are selling an increasingly popular boxer brief cut, with TomboyX going classic American and PlayOut offering a more Hollister-esque surfer style with abstracted floral prints. Both companies are leaning fairly masculine, although that’s not to say this direction couldn’t change in the future. Both are also trading on the masculine underwear trope of big labels on the waistband. Imitating brands like Calvin Klein, where your waistband label is a status symbol, is interesting, but I’d like to see some options that are more understated or that adopt different aesthetics.

Femme lingerie still has the market cornered on stylistic variety, and probably will for a while.

3. There is still a dearth of top options for AFAB people who want androgynous lingerie. 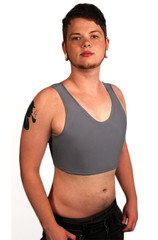 Aside from binders, very few companies are marketing lingerie top garments for AFAB people who are nonbinary, butch, or trans.

TomboyX and PlayOut aren’t offering chest binders, compression bras, or sports bras, which is kind of surprising. I think there’s a lot of uncertainty about what an androgynous person is supposed to do about their breasts, if they have any. If we look at what mainstream culture tells us, the answer seems to be “just don’t have breasts.”

I’d like to see a wider range of options for having breasts and still being androgynous. There is also a strong separation between binder companies (which often explicitly market to trans and nonbinary people as a medical product) and the androgynous underwear companies, which sell the idea of underwear as fun. Why can’t binders be fun, too? Chests aren’t scary, I promise.

4. AMAB (Assigned Male At Birth) people who want femme lingerie still have limited options unless they are willing to buy from sites that use male-gendered and fetishy language. 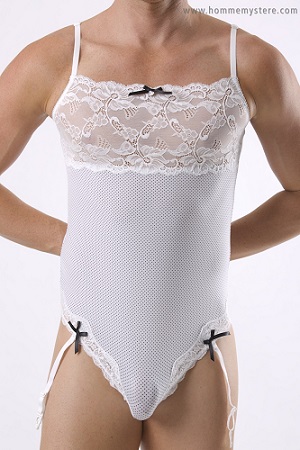 I’ve discussed this earlier: trans women and nonbinary AMAB people aren’t being marketed to, for the most part. While a wide range of companies have sprung up to make underwear (if not bras or binders) for masculine AFAB people, feminine AMAB people are an underserved market.

Meanwhile, companies that make products AMAB nonbinary people might be interested in aren’t going out of their way to educate themselves about the market. This means that pieces that would be good fits for nonbinary people often get sold as “men’s fetishwear," reinforcing this idea that nonbinary identities aren’t an option for AMAB people.

The founder of Homme Mystere, a company that makes great lingerie for AMAB bodies, has repeatedly said that he does not consider himself capable of marketing to nonbinary people or trans people because they are a negligible market and he does not understand them.

5. This all points to the lingerie world having a view of androgyny that is limiting and heavily rooted in the idea that “androgynous” means “masculine.” 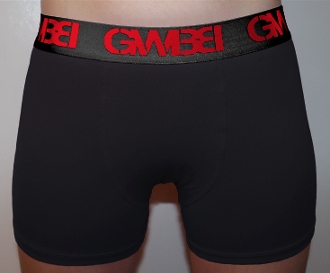 Via Girls Will Be Boys

This isn’t a surprising conclusion, since masculine is often considered both the ideal and the default in western culture. But lingerie, which so often defies masculinity, could be doing a lot more to present a range of possibilities for androgyny.

We need to acknowledge that not all nonbinary people are thin, masculine, and uninterested in breast support, because there are a lot of people out there who don’t fit into any of those categories and still want to have options for expressing their gender.

Companies that are already teetering on the edge of catering to these markets - companies that sell masculine pieces “for women” or feminine pieces “for men” - have an opportunity here to drop some of the gendered language and open their doors a little wider. Hopefully we’ll see some changes to the status quo in the coming year.

What androgynous lingerie products would you like to see? Let us know in the comments!