Where is the Lingerie for Trans Women? 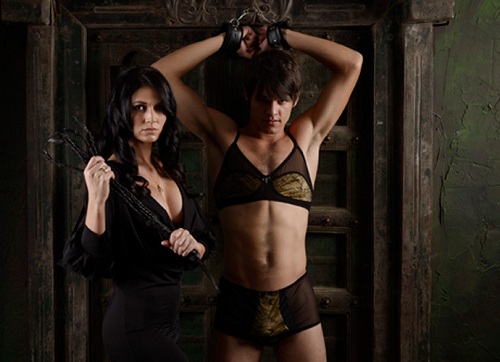 Recently, the company Homme Mystere has risen to prominence by marketing feminine-styled lingerie to men, with articles declaring the company is “challenging some of our most entrenched gender stereotypes.” That sentence bothered me, because even before Homme Mystere, I saw lingerie companies catering to crossdressing men - specialty sites as well as sections on women’s lingerie sites.

The idea of “lingerie for men” gets so much play, I’m starting to get the impression it’s drowning out another conversation that needs to happen - a conversation about clothing options for trans women, especially lingerie and foundation garments.

I should say first that I think it’s a great idea for all genders to have nice lingerie. I love that there are companies marketing to men, and that men who like to dress up and look pretty have resources to help them. But there’s something a little odd to me about all the attention the lingerie world gives to crossdressing men, given how few specific resources are devoted toward trans women. 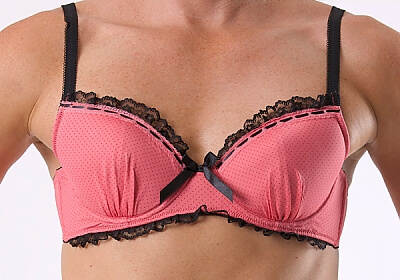 Rose Bra, in sizes that fit up to a 50" band, is listed as "for men". Via alleyroselingerie.com

Let’s start by unpacking the problem a little. Lingerie shopping in stores often presents problems for trans women. Harassment and/or expulsion from the store is a concern. In July, Kylie Jack was asked to leave a lingerie store in Austin, TX after she was unable to produce identification listing her as female, because a salesperson thought she might "pose a safety risk to the... staff."

I spoke to trans women who expressed similar concerns, who said that fear of being harassed at stores is a barrier to buying the underwear they'd like. Furthermore, trans women’s bodies aren’t always within the range of sizes and shapes commonly available on the market, especially in early stages of transition. Being a non-standard bra size can make retail shopping difficult enough without the additional risk of being told to leave.

It would make sense for online retailers to cater more to trans women, since the internet is good at providing both a wide size range and privacy during shopping. For the most part, however, it seems many lingerie companies are familiar with only two audiences: cisgender women (and trans women who can wear standard sizes and cuts) and crossdressing men.

Crossdressers and trans women: not the same thing. Via herroom.com

For example, Herroom.com has a guide devoted to helping crossdressing men figure out their size and which style of lingerie may work best on their bodies. Herroom offers resources and testimonials for popular products, which is amazingly helpful. Except there’s not a similar page for trans women.

In fact, when I searched for one, I found that “trans women” weren’t being catered to, but several trans women’s customer reviews were being included on the page for helping men find lingerie. The trans women were being described as “male customers," despite their own efforts to distinguish themselves as women and girls. 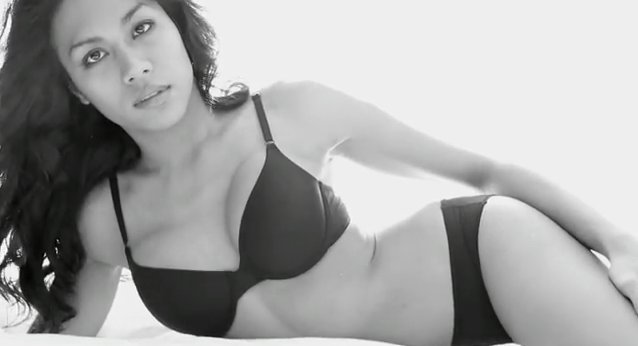 In itself, it’s not bad to make a guide for men on a women's lingerie site. However, given that trans women don’t get one, when they are women who might reasonably shop on a women's lingerie site, that puts them in an odd position. The information in this guide could be useful to them, but they’re reading something that’s clearly targeting crossdressers, a guide that refers to other trans women as male. For people with dysphoria, that kind of experience can trigger anxiety or depression.

And of course, none of this mainstream attention to male crossdressers would be a problem if there were similar opportunities for trans women. It’d be nice to see some distinct companies selling ready-to-wear lingerie designed for trans women’s specific needs. Right now there’s approximately one - Chrysalis Lingerie, which disappointed a few people with its exclusionary bra sizing. Teagan on Autostraddle even went so far as to tell people to go to Target instead. 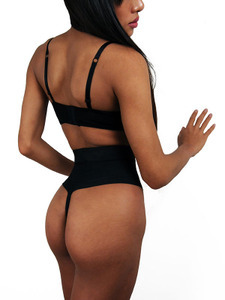 Chrysalis also calls their panties "t-strings", which feels a little odd to me. Via chrysalislingerie.com

A trans woman friend I asked broke lingerie into three categories: primarily designed for cisgender women, primarily designed for people into "being feminized" as a fetish or a punishment, or "well-intentioned" transgender-specific options. Of these last ones, she said that they are often "either quite expensive or low quality... the whole thing feels exploitative sometimes. You charge more or sell cheap crap to profit off our embarrassment and unfamiliarity with women's clothing." She also said that it would be nice to see guides to dressing her body type, and more practical, simple lingerie options.

"I'd like to wear functional, comfortable, appealing clothing more than I'd like to put on scratchy ill-proportioned fetish wear," she said.

Men who crossdress get all this beautiful lingerie to choose from at a range of price points, including whole lines specifically designed to fit their bodies that still validates their masculine gender identities -- and trans women have to either fit themselves into clothes designed with cisgender women’s bodies in mind, or resign themselves to buying lingerie marketed with hairy male models and large text declaring that this stuff is for men. 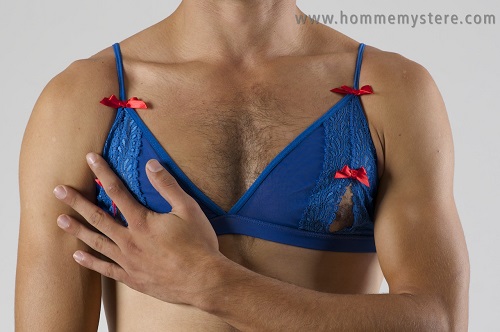 I also suspect that the “lingerie for men” excitement, when combined with the lack of resources for trans women, has helped inspire some of this refrain I’ve heard  from many crossdressing men: that trans women are just very misinformed crossdressers. Some of these comments may come from struggles with their own genders, and I respect that this stuff is painful and hard, but I’m tired of companies making it easy to erase trans women from the conversation.

I'd love to see a company with the tagline "we pride ourselves on making trans women happy." Screenshot via xdress.com

If you're a trans woman looking for lingerie, this guide may help. If you know of any lingerie businesses or brands that go out of their way to help trans women, let me know in the comments because I'd love to give them a shout out!