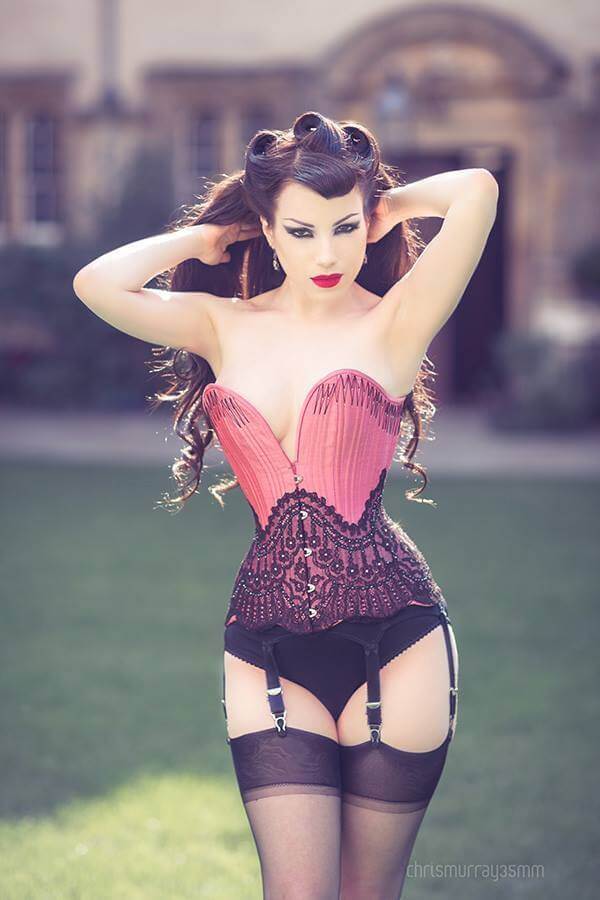 Flossing is one of my favorite corset embellishments. Though it's nothing new, it has incredible potential for variation, as you'll see from the following images. Flossing is, in short, a particular type of embroidery on corsets, generally used at the ends of bone channels. 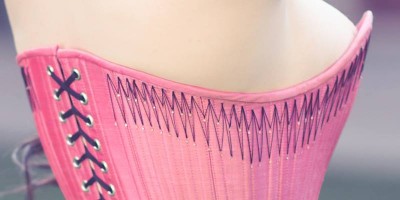 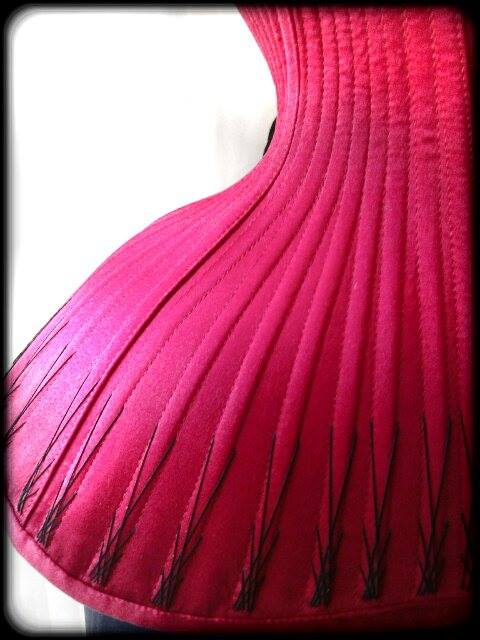 Flossing can be used as a selective accent, as I once did on a client corset, where the flossing placements traced the hourglass shape of the corset. It looks particularly striking when used in numerous side-by-side placements, as shown above in the corsets by Clessidra Couture and Sparklewren. Designs can be simple or complex, like the beaded motif by Angela Stringer. Alicia Rose's intense floating flossing is quite a distinctive signature of her line. 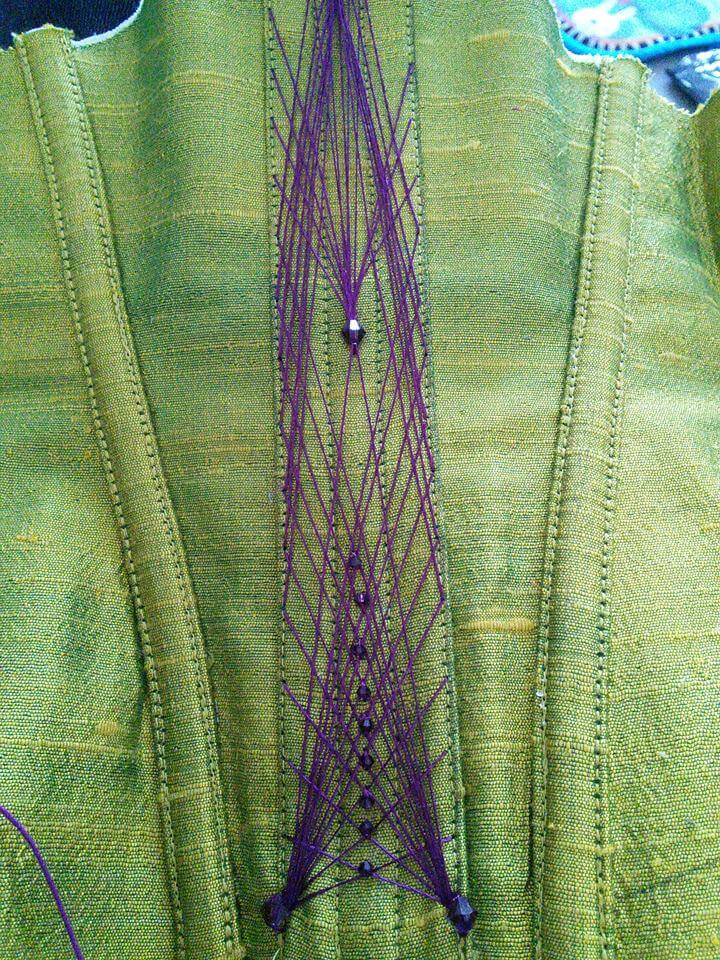 Beaded flossing on an in-progress corset by Angela Stringer 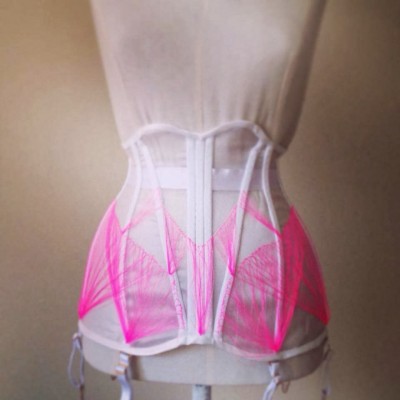 Floating flossing on a sheer corset by Alicia Rose.

One of the reasons flossing is particularly wonderful, and distinct from purely decorative embroidery, is that it can anchor a corset's bones within their channels. The apex of a functional flossing design is at the end of the bone, which is where the fabric of the corset is under more stress. By minimizing the bones' movement, chafing against the body of the corset is reduced, and poke-throughs are made less likely. If there's enough strain that a bone is going to come through, you've got a fighting chance that it will break through the flossing before the fabric itself. I've even done a quick and dirty repair of a corset with a bone coming out by quickly flossing over the broken end of the channel. 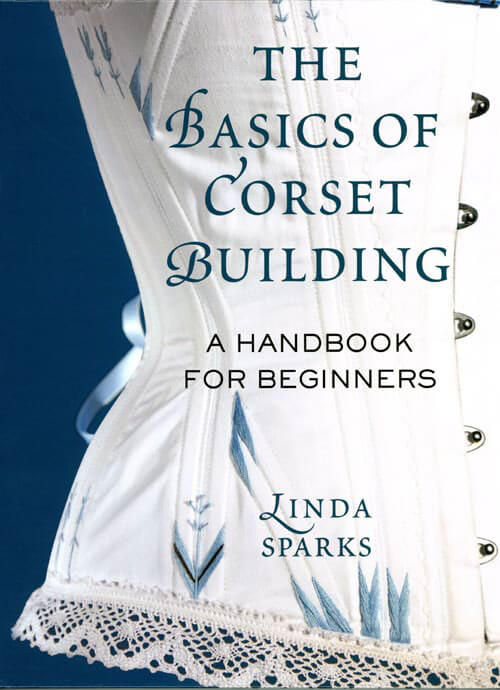 Flossed corset on the cover of The Basics of Corset Building by Linda Sparks. 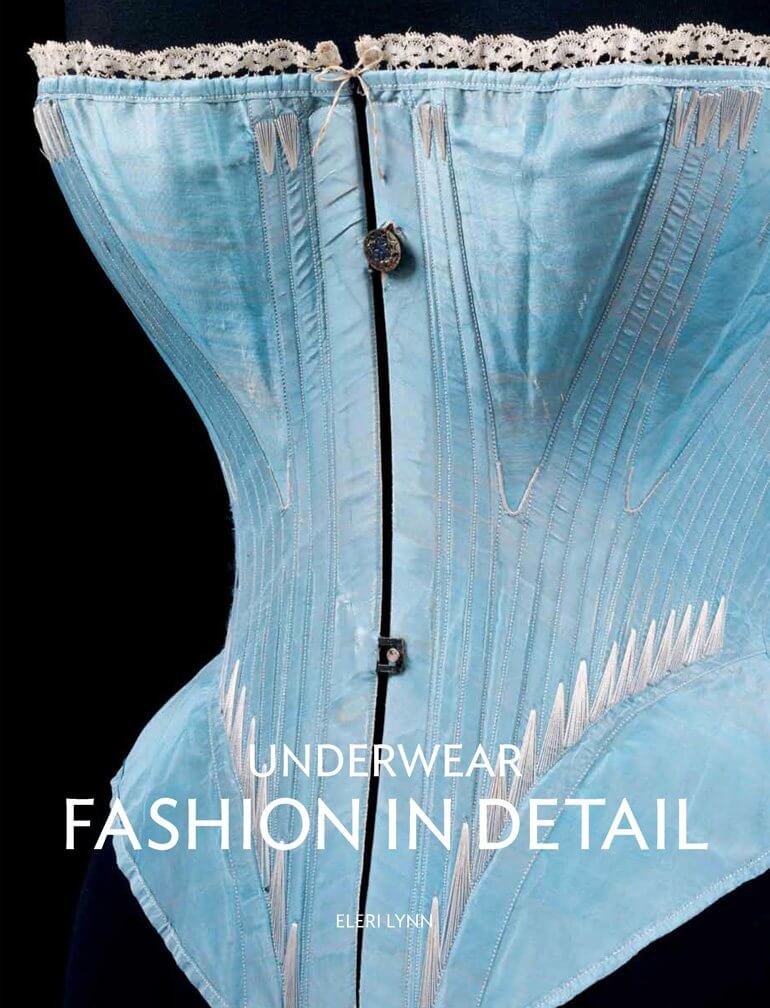 Flossed corset on the cover of Underwear: Fashion in Detail 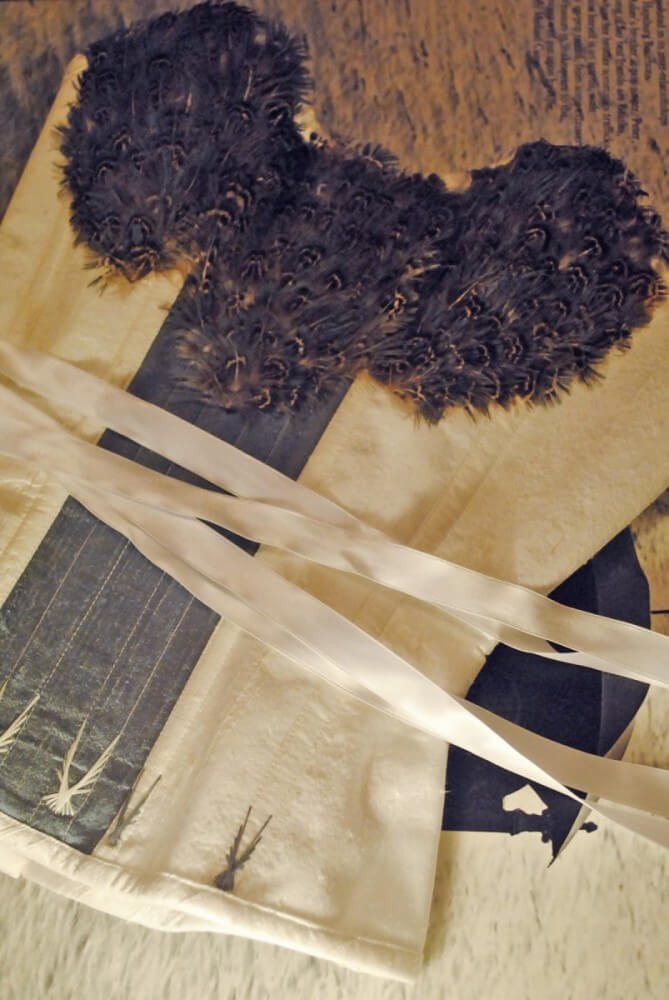 Corset with phoenix motif flossing and feathers by Pop Antique.

I repeatedly refer to corsets as engineered garments, a facet which exists happily alongside their prettiness. Flossing parallels this perfectly; on my website, I have flossing listed as both a reinforcement and a decorative add-on. It's definitely a case of form meeting function. Flossing can also be added or changed after a corset has been fully stitched, further lending to its versatility. 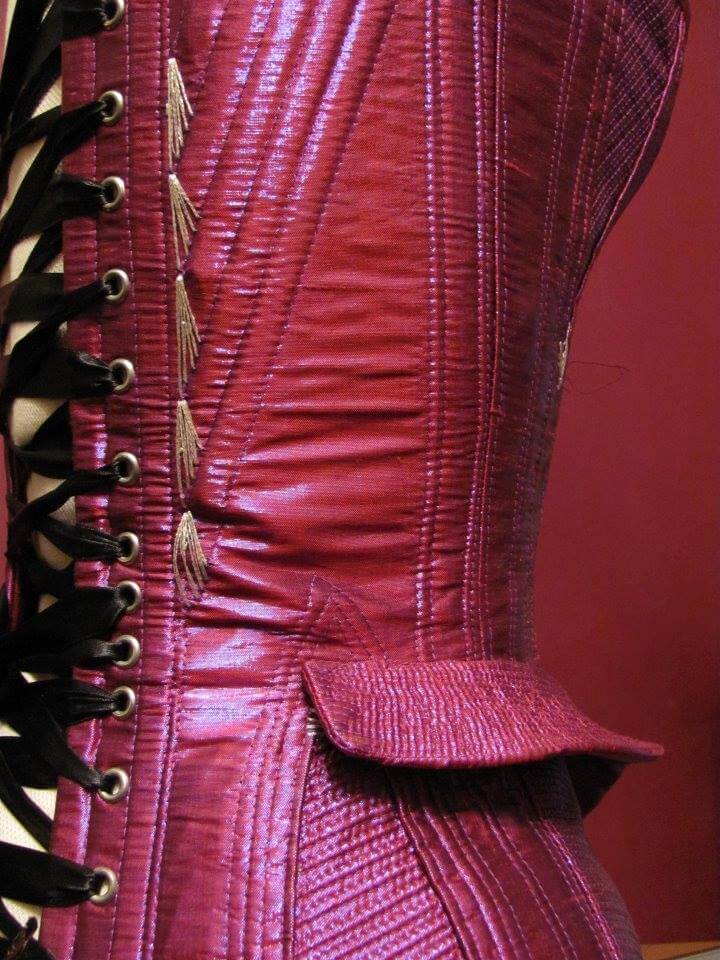 Detail of flossing on metallic pink corset by Crikey Aphrodite.

Butterfly motif flossing on corset by Daze of Laur.

Historic corsets often had purely decorative flossing continuing up the line of the bone channel. This stitching catches only the top fabric of the casing and does not go through the boning itself to the corset lining, unlike flossing that frames the bones. The below corset by Daze of Laur shows both styles within the same design.

Black and tan corset with flossing by Daze of Laur. 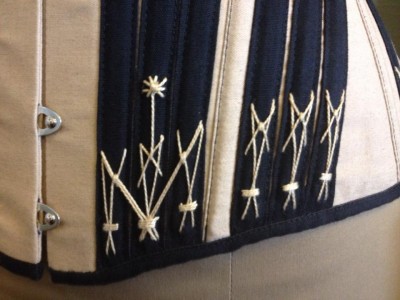 Closeup of flossing design on corset by Daze of Laur.

Aside from its creative potential, I also particularly enjoy flossing because I find it so soothing. It's a repetitive task, but not in a way that's boring. Sitting on my couch or in the sun, there's something very zen about repeating a flossing pattern. (I also get the same satisfaction out of firmly stitching buttons in place.) I'm not sure if other makers experience it in quite the same way, but it does seem to be fairly universally loved. Several years ago, I was actually nervous to try flossing, but I'm glad I took the leap; it was nowhere near as daunting as I had expected it to be.

Closeup of flossing on blue corset by Serindë Corsets. 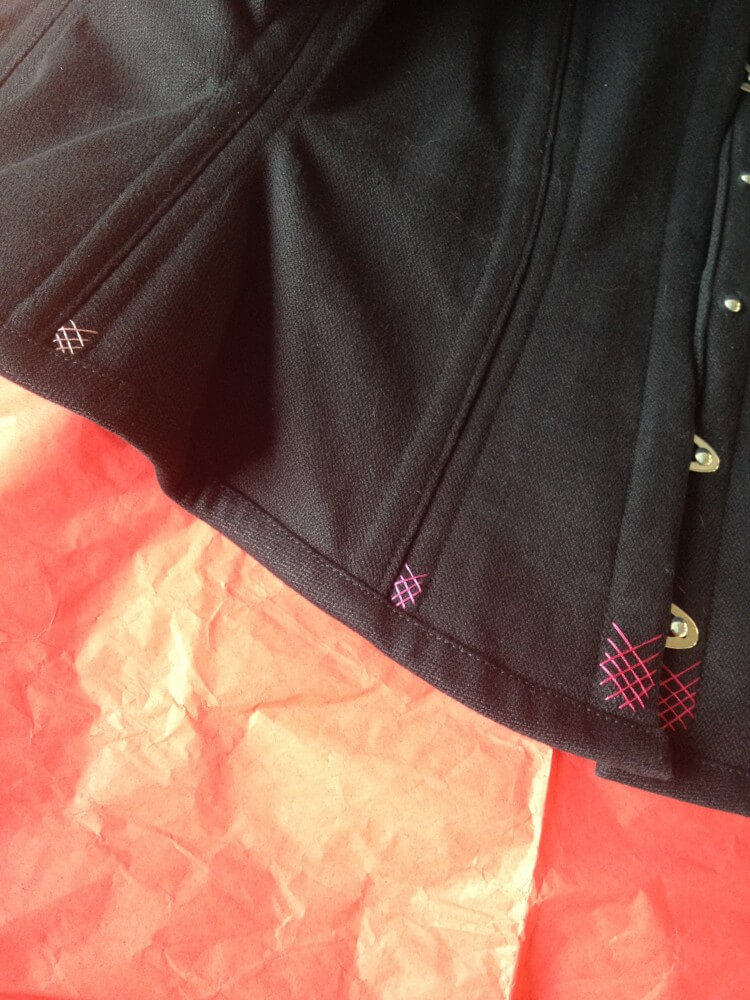 Gradated fishnet flossing in shades of pink on a double boned corset by Pop Antique.

Which is your favorite of the flossed designs showcased here? Is there a corsetiere whose flossing you particularly love? Another classic corset detail that delights?