Why Do People Wear Corsets? 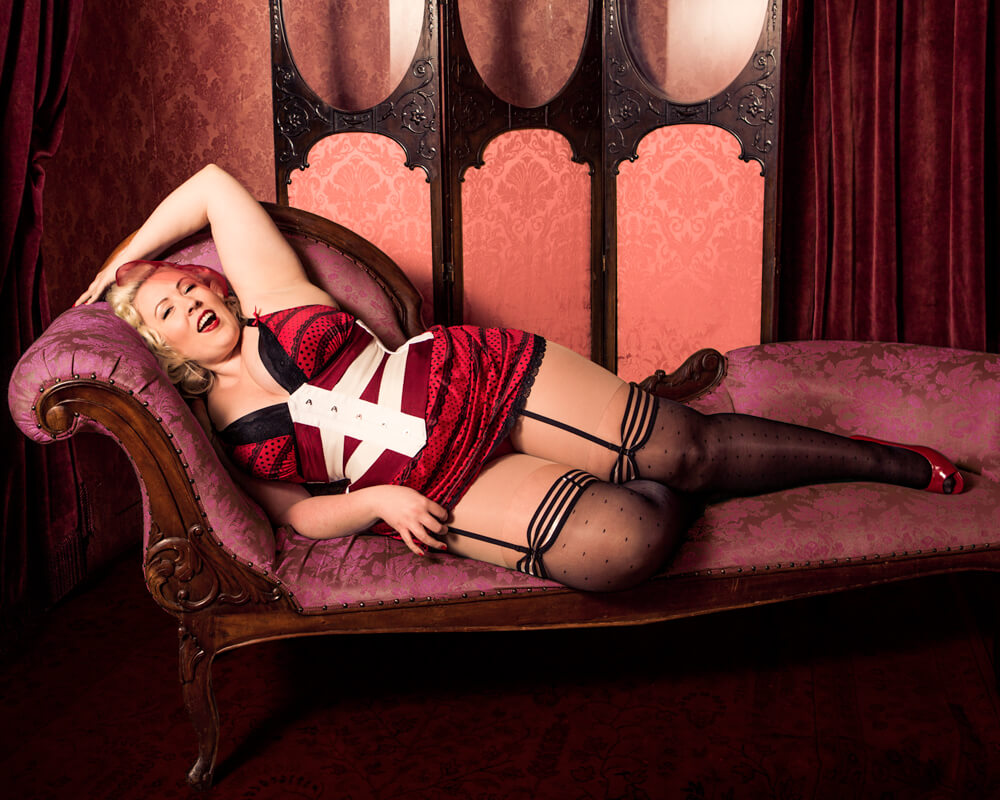 Corsets are here to stay. There are so many reasons why corsets are still relevant, though it's unlikely they will ever again experience a heyday such as they saw in the Victorian era. The common assumption (from those not in the know) is that women wear corsets to make themselves more sexually attractive, deforming themselves in the process... but that's pretty much never the case. Women who wear corsets are more likely to feel empowered than cowed, and I've often found that the reaction to my corsets from women is far more positive than that from men (a trend which also stretches back to Victorian times). There are also some men who enjoy wearing corsets. It may be hyperbole to say there are as many reasons to wear corsets as there are people who wear them, but there are many, many factors that commonly come into play for corset aficionados. Few wear corsets for a single reason; rather, whether wearing corsets occasionally or waist training, it's likely to be a unique combination of the following factors. 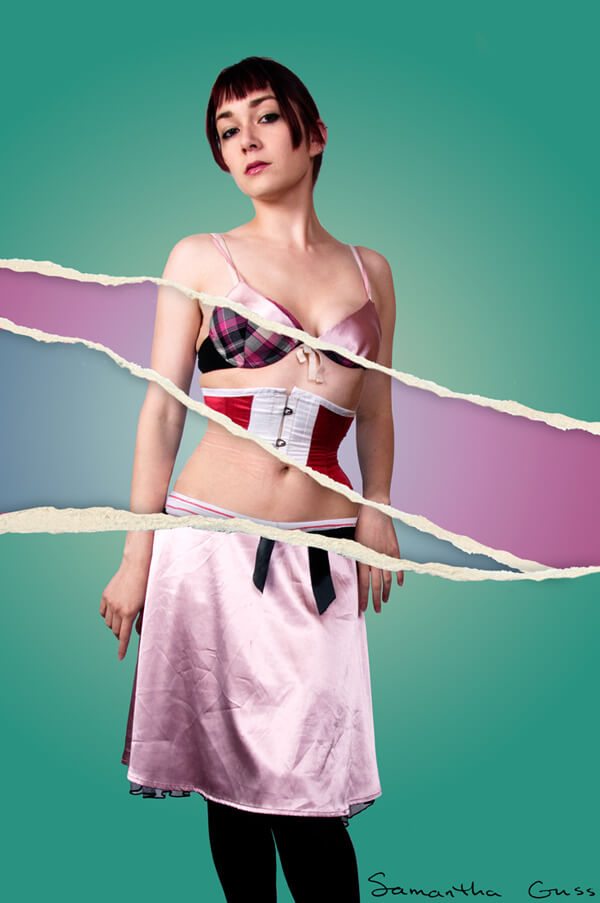 Corsets are, first and foremost, a foundation garment. They are still often employed as such, serving instead of a bra and/or shaper and/or garter belt under clothing. While women are no longer obligated to wear skirts and dresses, those who wear dresses often --- particularly dresses of vintage cut --- may prefer their silhouette or the hang of their clothes better when corseted. (Corsets and modern low-rise jeans will probably never be best buds, unfortunately.) Some men may employ a corset with their formalwear to improve their silhouette by emphasizing their shoulders and smoothing the line under their suit. 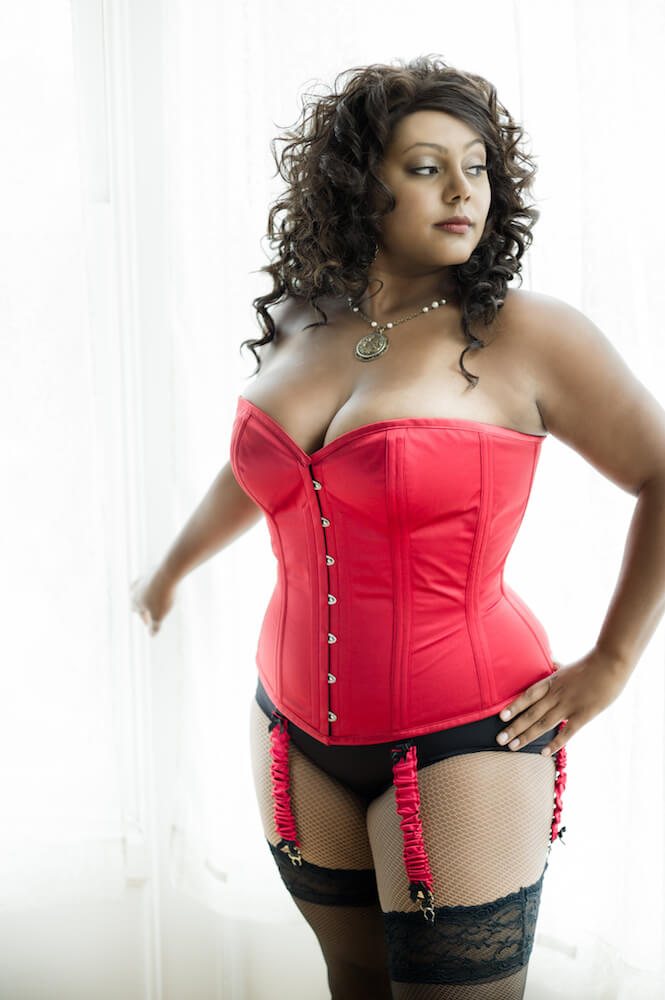 Foundations support the body as well as clothing. Corsets can be excellent back support, whether one has issues with poor posture, scoliosis, being seated at a desk all day, or general back pains. How effective a corset is as a brace depends on the quality of construction and fit, and a corset should never be used in lieu of professional medical advice. However, a well made corset is sturdier, sleeker, and more comfortable than your typical back brace or support belt --- I've even heard of support corsets being covered by insurance with the help of a doctor's prescription. Full busted women often find a corset to be more comfortable than a bra as the support (and weight of the breasts) is distributed through the waist and torso rather than focused on band and straps. Some people with hypermobile joints will wear their corsets as a sort of exoskeleton. The more concerned you are with support, the more important it is to invest in a high quality, well-fit, handmade corset. A poorly fit corset will chafe, constrict, and warp. 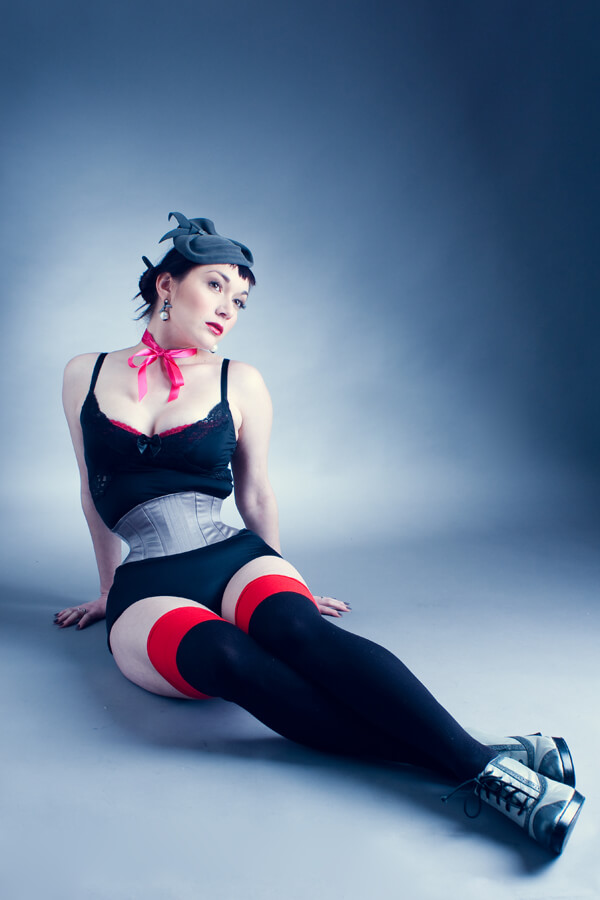 Waist training in particular often has a more subtle and complex rationale behind it. For some, waist training is a method of reminding the body of what once was, particularly post-pregnancy. After growing a tiny human, the muscles in a woman's stomach and her ribs will have opened out, and without a corset, there's not much to encourage them to knit back together in their previous formation. Even without pregnancy, one may desire an hourglass figure --- or a more dramatic hourglass, purely from an aesthetic appreciation of the form. The act of waist training can be experienced as a personal physical challenge, almost like training for a marathon. 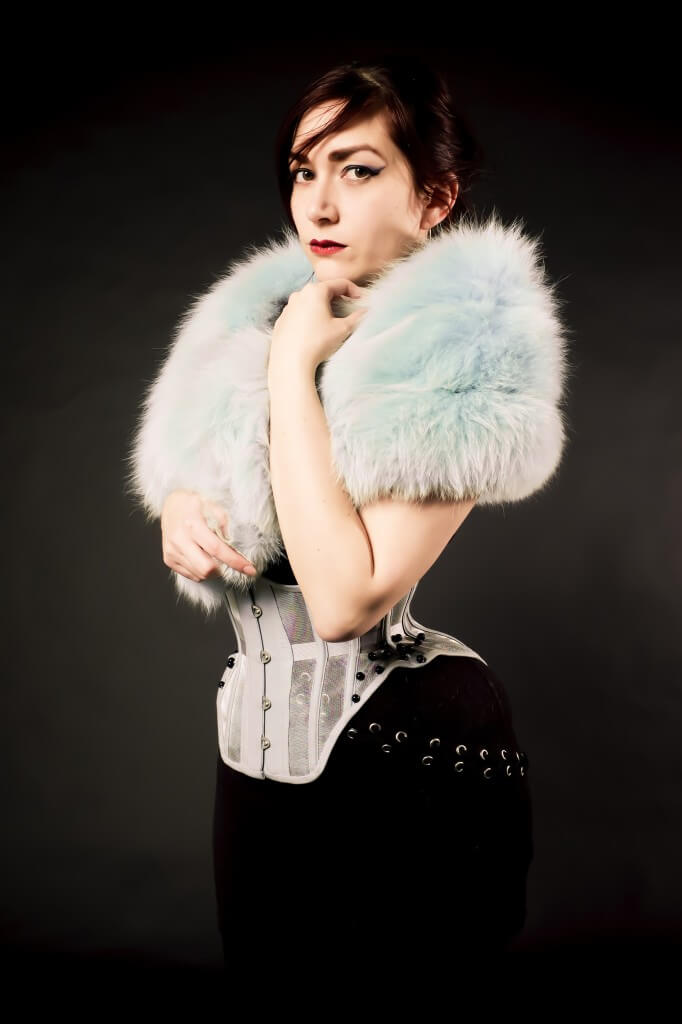 For those with anxiety, corsets can help on several levels. As I mentioned in last week's post on Corsets for Claustrophobics, Lucy Corsetry has a great page on the mental and emotional benefits of wearing a corset. In short, the physical compression of a corset can be grounding and soothing for a variety of disorders and conditions: a well-fitted corset is often compared to an "all day hug," and I, for one, love hugs. The structure and weight of a corset is also reminiscent of armor and helps create feelings of confidence and protection. Even the act of lacing daily into a corset can be considered a ritual and encourage mindfulness. 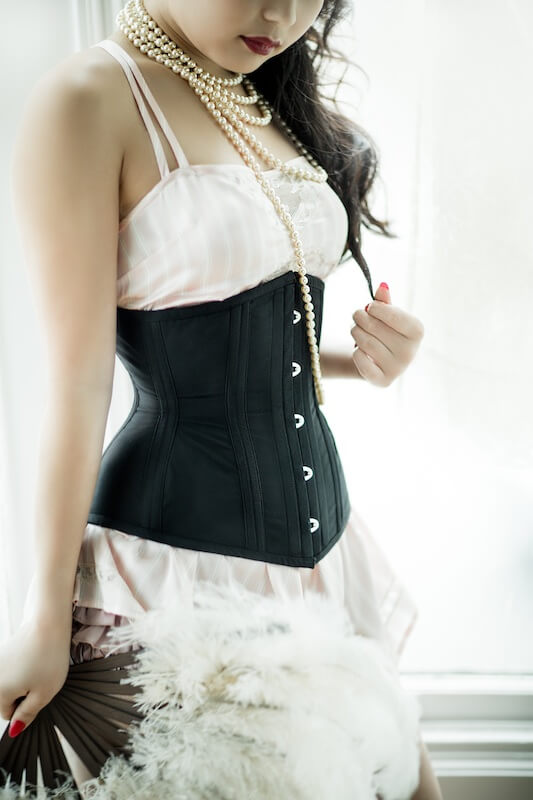 Of course, some people certainly do wear corsets as bedroom garments, either exclusively or in addition to wearing corsets for other occasions. The same feelings of confidence and assertiveness that are in effect for day-to-day corset wearing can also be turned to sexual confidence, and an appreciative partner can be either inspiration or an added benefit. The compression of a corset is also sometimes found physically stimulating as well as visually titillating. 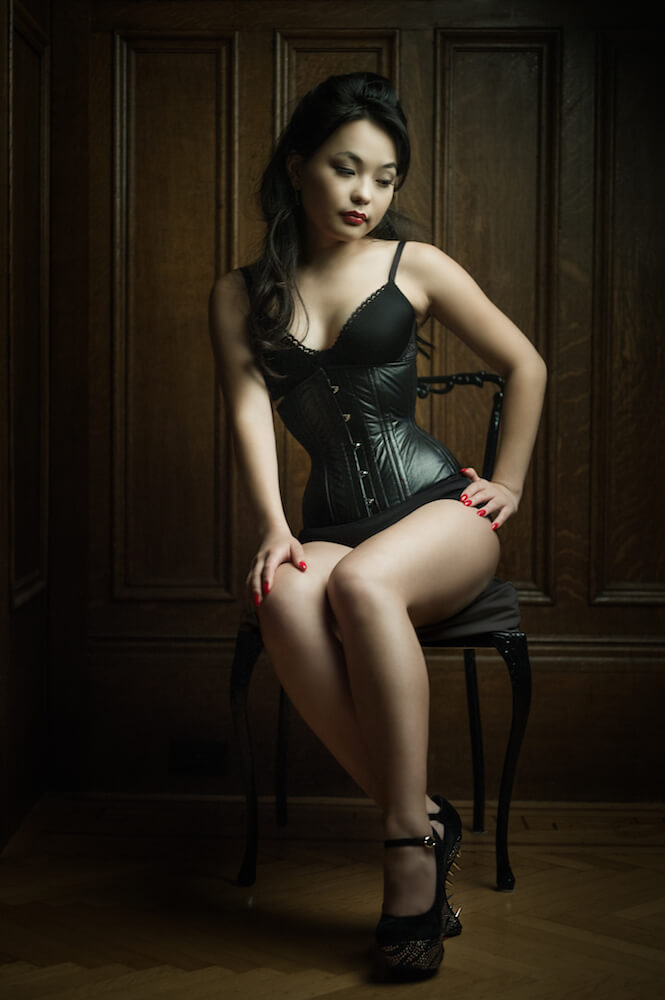 Take it a step (or ten) further and corsets can have a lot of significance in the fetish community. Wearing a corset 23/7 may be a lifestyle choice, a mark of devotion; leather corsets can be worn by doms or subs, women or men. Corsets may be "locked" on with a lacing guard, or hardware additions may provide anchors for ropes or chains. Again, comfort and safety are more assured with a well-made corset, particularly since your average off-the-rack isn't up the rigors of being worn full time (and in a variety of compromising positions). 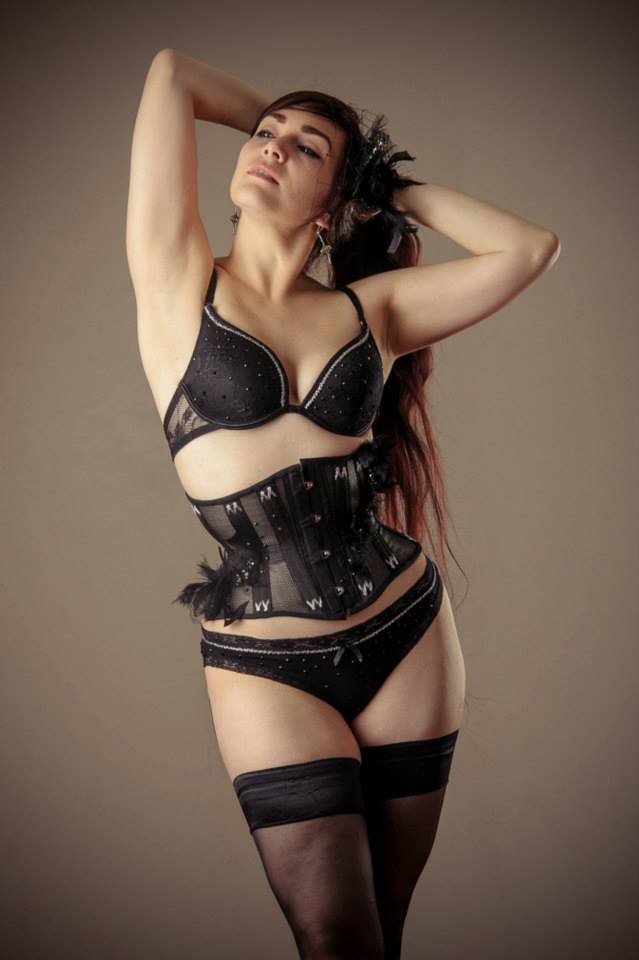 Wearing a corset (or corset-like garment) can also be a visual signifier of one's inclusion in a particular subculture. Goth, punk, or steampunk style (and so forth) is also somewhat subject to trends, but corsets --- like stripey socks --- will never truly go out, though their details and styling may change. Historical reenactors and thespians also embrace corsetry, in various shades from costume to couture. Burlesque performers often enjoy wearing corsets both onstage and off.

Even those who don't embrace corsets for their day to day life may find a corset to be just the thing for a special event. Most commonly, this event is, of course, a wedding, but galas or even birthday parties can be the impetus behind purchasing or donning a corset. 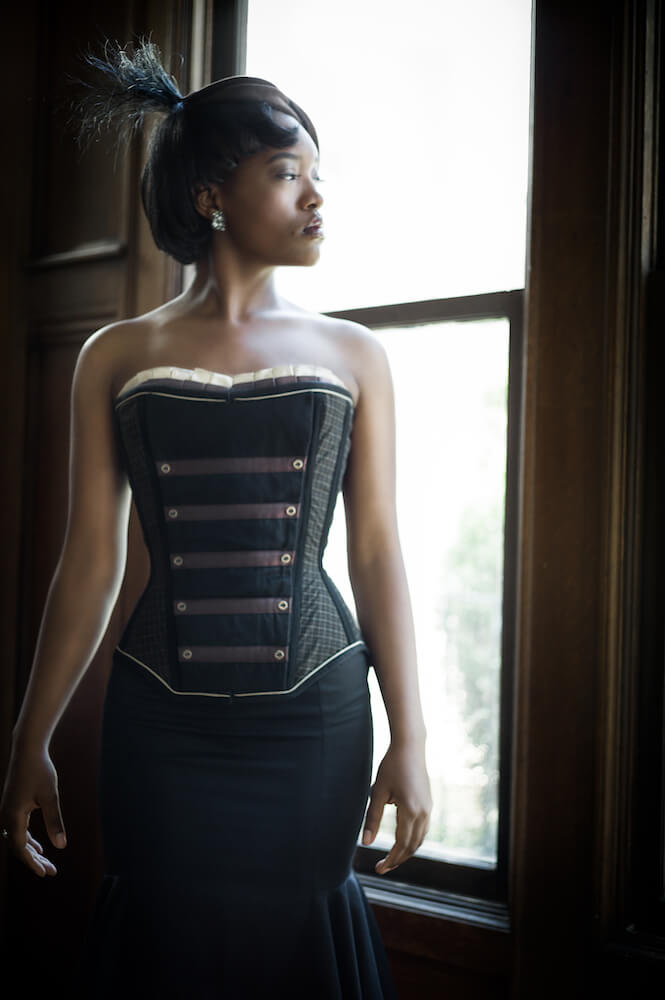 Finally, some wear corsets simply because they appreciate and embrace them as a work of art. Even an unembellished corset creates a striking silhouette, accented by seams and bone channels. The structure of a corset is as a stretched canvas to a painter, though, and makes an excellent base for adding all kinds of detailing, trims, and texture. There's increasing exploration into the design possibilities of corsets as outerwear amongst modern corsetieres, which makes it even easier to take the corset for what it is: just another garment, capable of carrying as much weight and symbolism as you wish to endow it with... or not.

Why do you wear your corsets? If you don't already wear corsets, why are you interested in wearing them?