Navigating Lingerie as an Agender Person

Today's guest post is by Queue Lyla,  the writer behind the somewhat jokingly named blog Quest for the Perfect Bra, where they discuss bra fit, review bras (and clothing), and generally talk about things related to breasts. Queue is from Massachusetts, which makes the quest for said perfect bra quite a challenge. Beyond bra-fitting, they are also passionate about philosophy, gender, and feminism. Queue has already written a couple of pieces on gender ("Diversity in Lingerie: Gender" and "How to wear bras when you don't have breasts"), and intends to write more. 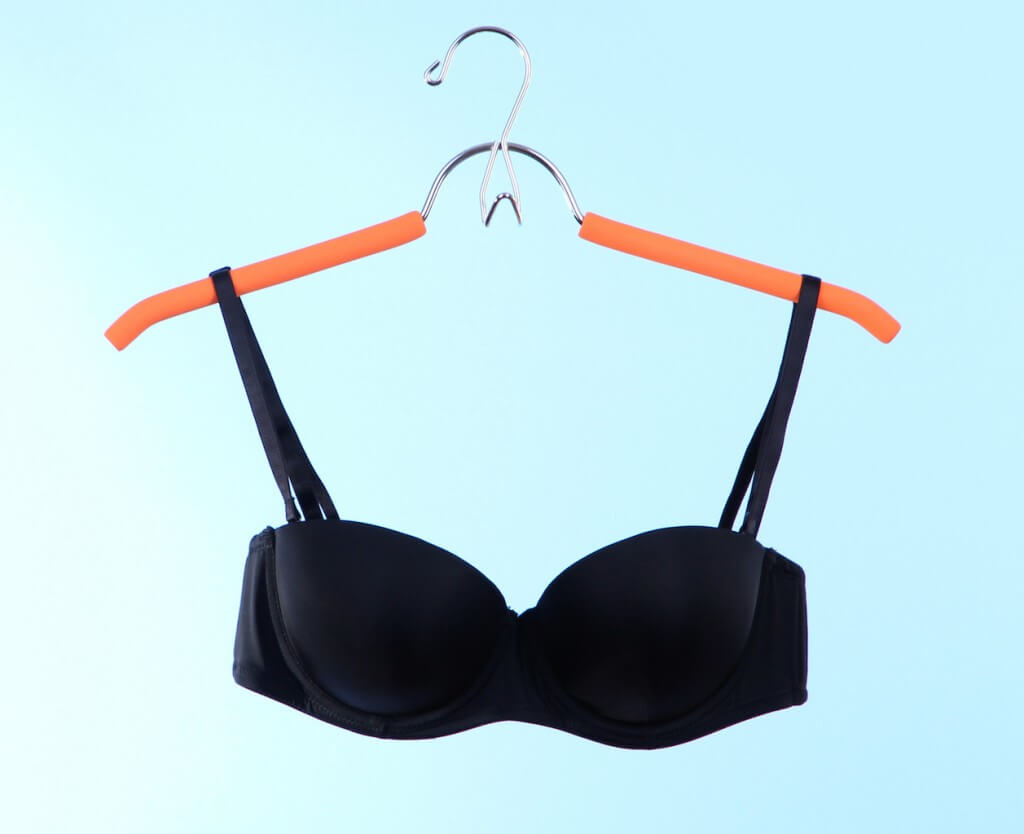 In the past two and a half years that I've been blogging, I've changed a lot as a bra-blogger. Most obviously, I've changed sizes. In my first post, I was wearing a 32FF (after having recently decided my 34Cs really didn’t fit). I’m now wearing mostly 30Hs and 30HHs, but went through quite a few different sizes on the way there.

But the biggest change for me was venturing beyond just bras and into lingerie. As I was going through my bras the other day, I realized that I have only one beige molded-cup bra, which I rarely wear. It doesn’t fit right, but I simply don’t care enough about beige molded-cup bras to search for one that fits. The rest of my drawer is full of lacy and bold sets that, a mere three years ago, I would have considered impractical and flashy.

These are the three plainest bras that I own:

The beige Parfait Casey is the only one I would have even considered buying 3 years ago... and, even then, I think I would have been concerned about the lace on the sides showing under clothing.

For contrast, here are some of the bras (and garter belts) that I actually do wear regularly:

Quite a few bras are missing from this shot, but this gives a good idea of the general color palette and style of my lingerie wardrobe. The Comexim Iris in the front is currently one of my favorite "t-shirt" bras.

Before I began blogging, the only bra I owned was a 34C VS biofit in "buff" (a very pale yellowish beige, which is quite close to my skin tone). Well, okay, I had multiple, but while not numerically identical, they were qualitatively identical. And since I was trying to find essentially invisible bras, I didn’t really ever consider buying matching panties. Corsets and garter belts? I might have been interested in them, but I wouldn’t have ever seriously considered buying them.

While beginning to blog did get me interested in more exciting bras, my focus was still mainly on fit, and I generally tended toward pale beige molded plunges- the bread and butter of the American bra drawer. I tried (and reviewed) some bolder bras, but I still found myself gravitating toward things like the Chantelle Sublime push-up, the Freya Deco, and the Parfait Casey (all in beige, of course). While I was curious, it took quite a while for me to become interested in and comfortable with lingerie qua lingerie.

A huge part of my initial uneasiness about lingerie stemmed from my insecurities about gender: I didn’t want people to read me as “female,” and it had been drilled into my head that frilly underthings were “girly.” So even though I have always had a penchant for all things lacy and luxurious, and had no issue wearing dresses and skirts, I didn’t feel safe or comfortable expressing that in a way that so directly related to such a sexualized and gendered part of my body: my breasts.

But as I started to care more about my underthings, I began to question the reasons behind my clothing choices. Did I really want to wear invisible bras? And what about lingerie made me uncomfortable? I realized that I had been trying to signal “not female” by signaling “male,” but what I really meant was “I don’t have a gender.” I never really believed that lingerie was essentially “feminine,” but society certainly does. My off-and-on relationship with baggy T-shirts and men’s shorts made a bit more sense, too. I had been trying to work within a broken system that only recognizes gender as a binary.

As I became more comfortable with gender identity (agender), I started dabbling in lingerie. My current lingerie collection is so much more a reflection of my tastes than my pile of almost-skin-toned molded-cup bras ever was. And so far this year, I've published two wishlists full of gorgeous pieces --- robes, corsets, bra/panty/garter sets --- things I would have been uncomfortable wearing a few years back. Since breaking my learned association of lingerie with "womanhood," I can wear lace and satin without feeling like I'm misrepresenting myself.

Of course, having my own inner peace doesn't mean that others won't still claim that I "present" as female or that not binding (or even having breasts at all) means that I am a woman. I still cringe when bra shops address customers as “ladies” or when bra forums have a women-only policy. Even in places where it’s physically safe to be trans,* transwomen are still “jokingly” called “s**males;” singular “they” is ridiculed; and boys who wear skirts are met with awkward stares. There simply isn’t enough public discussion about gender --- which is precisely why I’m writing about it.