Corset Talk: All About Lacing & the Back Gap 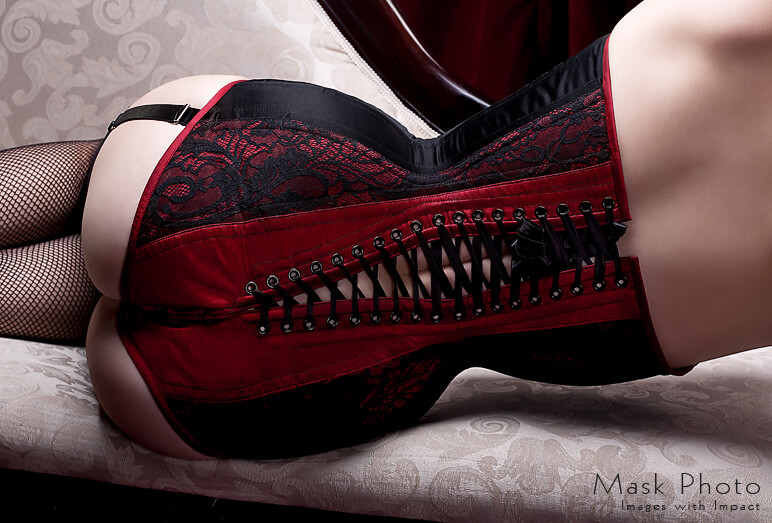 As promised to a certain reader, here is a follow-up to last month's All About Lacing: Part 1, which explained the hardware and materials of corset lacing. Today's installment focuses on the back gap and its angles of pressure. The back gap, as an expression of fit, has a surprising amount of impact on the comfort of a corset. 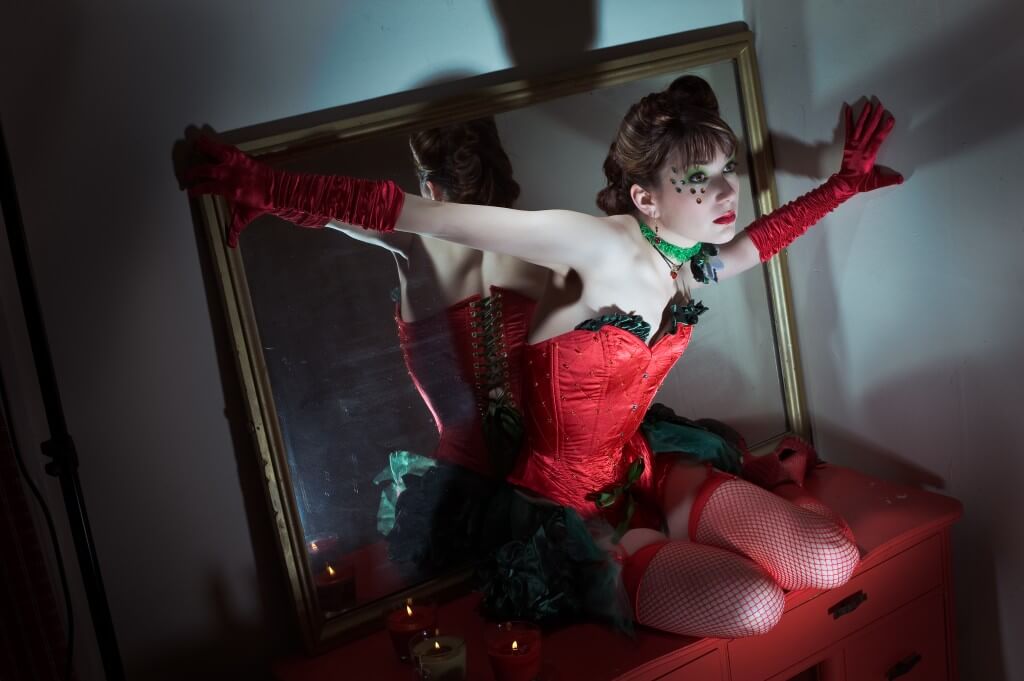 If you're new to corsets, particularly high-end corsetry, you may not be aware that corsets are generally intended to be worn with a narrow gap between the lacing panels in the back. The width of the gap has been modernly standardized at 2", but it ranges proportionately to the wearer. When I am fitting larger clients (perhaps a 30" corset or more) at Dark Garden, for example, I find a 3" gap or larger is better proportioned to the scale of the corset and more flexible for that clientele which tends to take more quickly to larger rates of compression. Conversely, in my pre-relationship 18" corset days, I would often wear my corsets with a 1" gap. 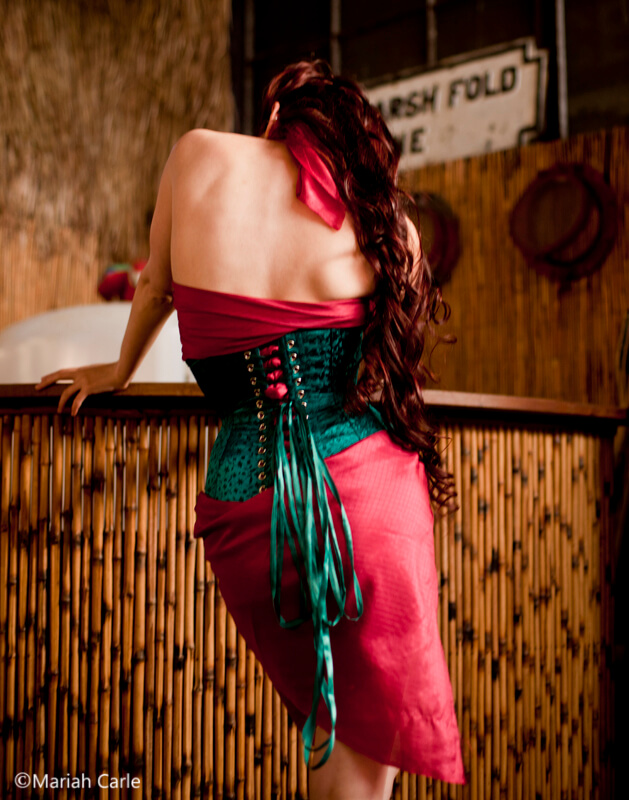 But why do we wear the gap? What purpose does it serve? Part of it is an aesthetic choice, as it reveals more of the lacing and gives a peek-a-boo effect with the skin, garment, or modesty panel beneath. As an aesthetic decision, some (particularly tightlacers) may instead choose to wear their corsets laced closed. Beyond aesthetics, though, having a lacing gap greatly increases the versatility of any given corset by allowing the wearer to fluctuate in size. A corset designed to be worn with a gap can be loosened and tightened as needed throughout the day, month, or even years. As most women know, our measurements are highly variable based on, say, what (let alone how much!) we had for lunch, where we are in our cycle, and our activity and stress levels for any given period of time. 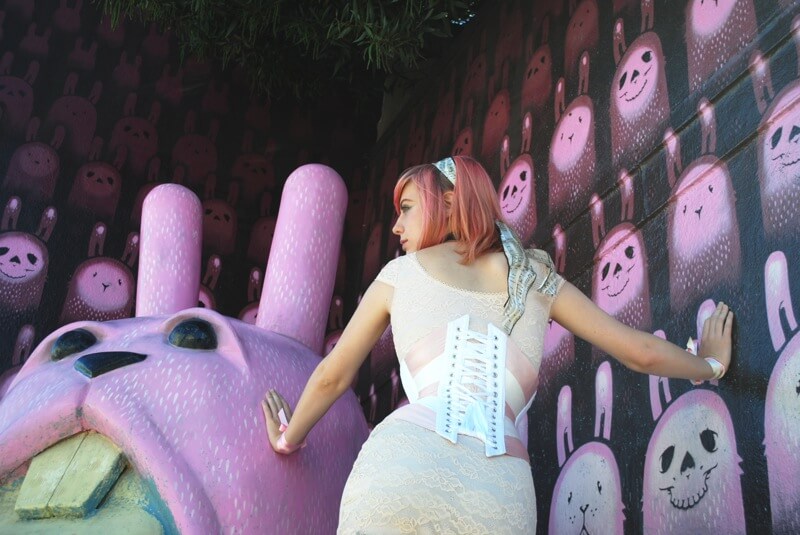 Angles of Pressure in Relation to Gap Symmetry
Ideally, the lacing gap of a corset will be parallel down its length. However, it's possible to have a corset that fits well without having a parallel gap. If the corset lays flush against the body and is comfortable, a gap variation of an inch or two down the length is not a big deal. That said, the distribution of that variation makes a big difference as the angles of the corset's waistline (and waist tape) creates variance in pressure. 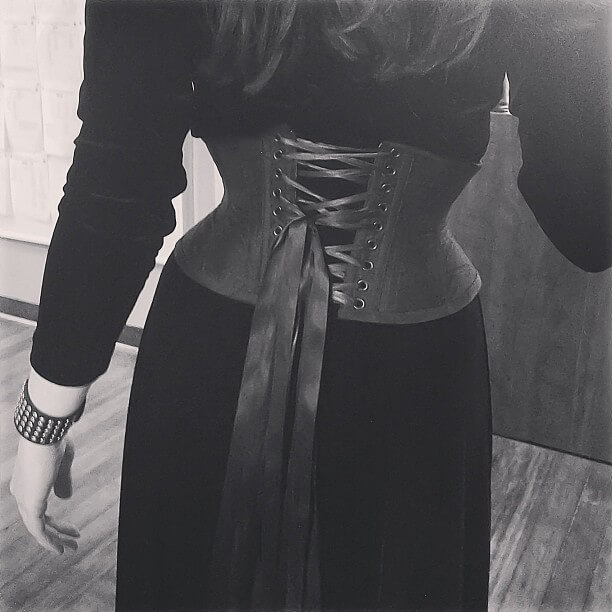 A corset that is laced tighter on top with a wide gap at the bottom will probably be more comfortable than one that has a wide gap at the ribs and is laced tights at the hips. The former, laced wide at the hips, angles the center back waistline further down the spine and toward the softer tissue between the bottom of your ribs and the top of your pelvis, which can feel pleasantly supportive. The latter, laced wide at the ribs, angles the waistline up the spine and onto the bottom of the ribs, and can create more of a pinched sensation of pressure. So if you're corset shopping and you have the choice between a corset that is too small at the ribs and another that is too small at the hips, go with the latter! But perhaps worst of all is a corset that laces wider at the waist than at top or bottom --- this twists the bones within their channels, and is both uncomfortable for you and bad for the corset.

That's it for this time! There's still more to talk about with lacing, including some common lacing/fit mistakes, but that's for another day...