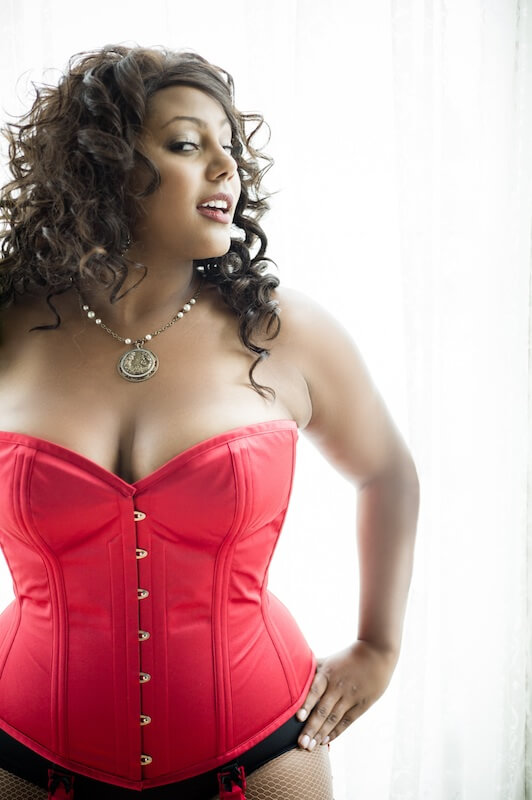 Over the past couple years, The Lingerie Addict has made it increasingly clear that we are a body-positive, body snark free zone. Actually, I'd like to think the internet in general has made some strides towards acknowledging that to accept or appreciate one sort of body doesn't inherently involve trying to dismiss another. But just as it's unfair, irrelevant, and downright rude to criticize someone else's body, it's also inappropriate to judge them based on their clothing preferences, and that also applies to corsets. Corsets are increasing in popularity and visibility and the issue of corset snark needs to be addressed from within the community as well as from an outsider perspective. The view that wearing corsets is somehow undermining the past decades of women's lib persists among opponents, a knee-jerk reaction to a sexualizing and binding garment... but that's for another post. 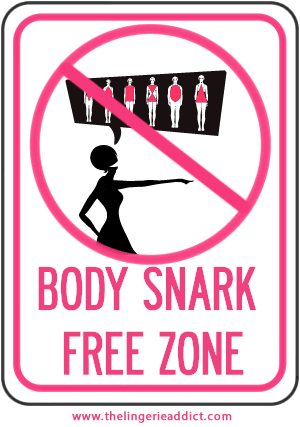 If you're still in the dark, what I'm talking about it is not judging or calling someone out for: whether they wear corsets at all, their corset size, their natural waist measurement, the number of inches they compress, the shaping of their corset, how long they've been wearing corsets, what kind of corset they buy, how many inches they've shaved off their natural waist measurement, the reason (including a person) why they wear a corset, how long or how often they wear their corset, etc.

No one gets to be the arbiter as to whether someone else is a "real" waist trainer/tightlacer, or a "real" feminist, or anything in between. 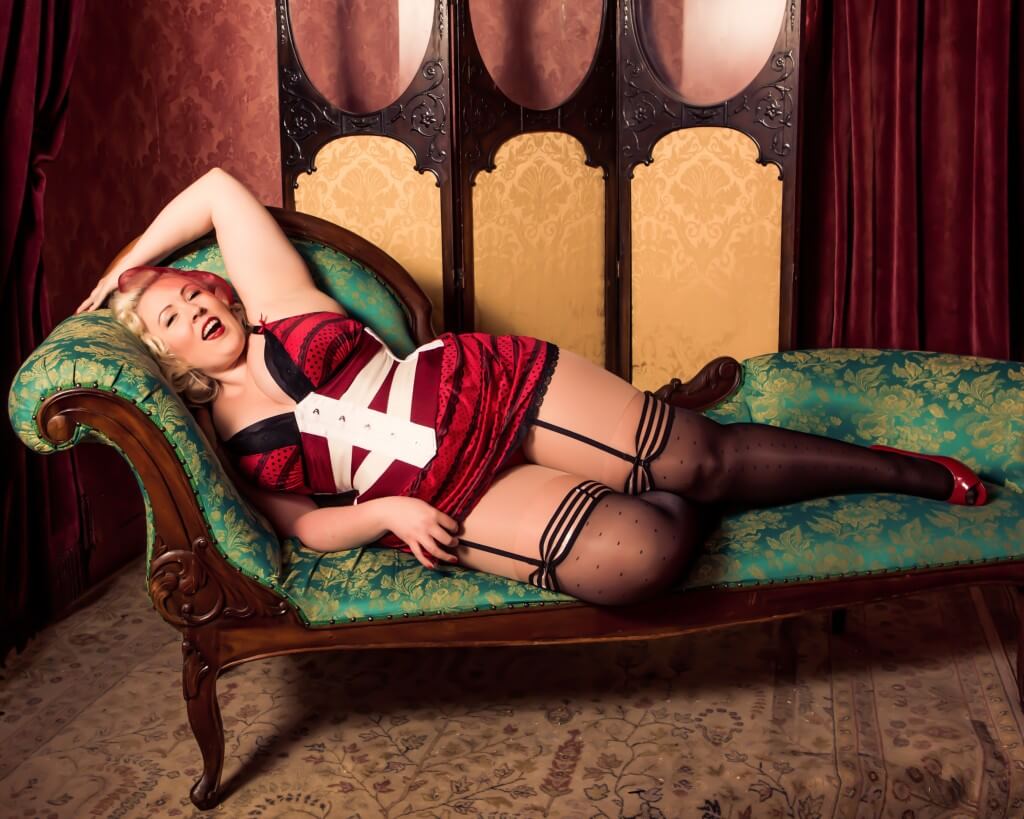 Just because a corset can be a highly visible type of body mod doesn't actually mean the wearer is inviting your opinion. Even if the wearer in question is in the spotlight for their corseting (such as Cathy Jung or Michèle Köbke), or a close personal friend of yours, it's poor form to criticize the way they go about it, unasked. Often this takes place in the form of "concern trolling." Unless someone has personally told you that their corset is creating more health problems than it solves (yes, corsets can help with mental and physical health concerns!), don't assume that they need some sort of corset intervention before they hourglass to death. 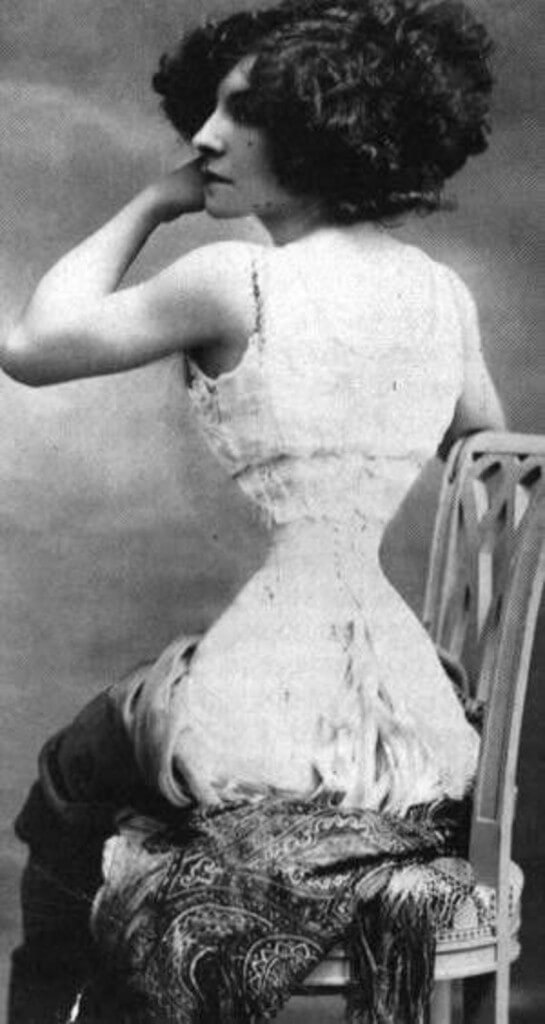 Photograph of famous tightlacing icon Polaire. (Look a little closer to see how this photo was retouched to make her waist look more extreme.)

Another common mistake I see is assuming that tightlacers in particular are doing it to "be sexy," but it "backfires" and instead they look "disgusting" and obviously "have an eating disorder." Everyone I know who wears a corset regularly does it because they like it for themselves; if their partner(s) like it as well, that's just a bonus. Actually, in my experience, your typical male (outside the fetish community) is more likely to find an extremely corseted figure macabre more than attractive. And, as Cora mentioned in, "Body Image: It Doesn't Matter What Size You Are... Stop the Body Snark," if the person actually does have an eating disorder, mocking or criticizing them for it will do absolutely nothing to help the situation. Don't trivialize the struggles of those who do suffer from eating disorders by wantonly describing anyone whom you think is "too thin" as having one. 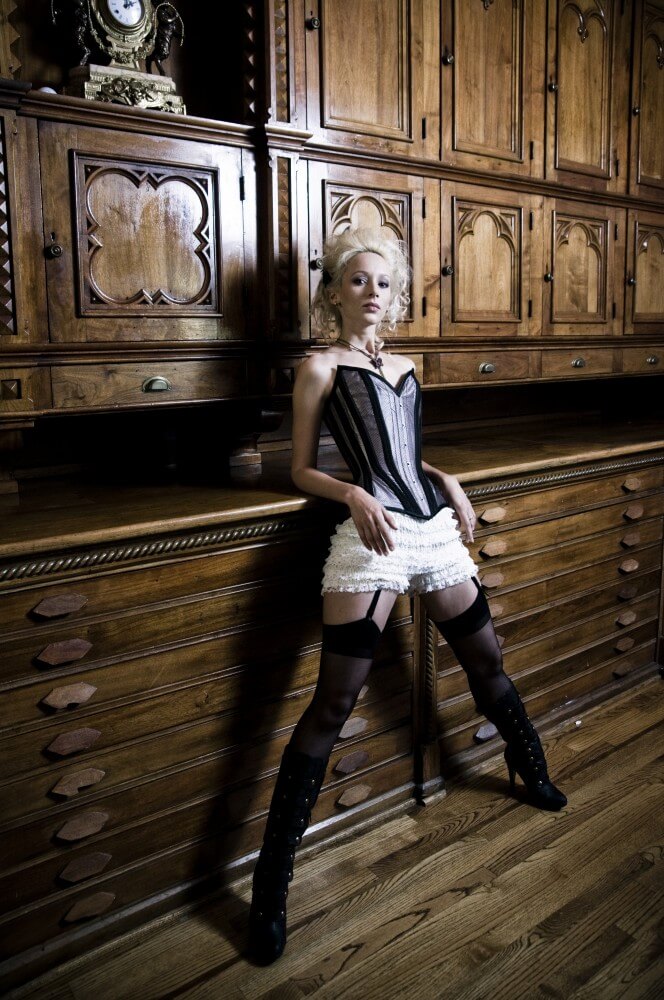 Talking to someone about how to improve the fit of their corset, lacing techniques, and quality brands can be executed in the form of friendly advice (delivered in a non-patronizing tone). Always remember with your approach that you catch more flies with honey than vinegar, do unto others, etc. If the person is sincerely enthused about corsetry, they'll open a dialogue. If you feel overwhelmed or out of your depth with the questions, there are plenty of online resources for corset education, including not only my previous and ongoing corsetry articles here on The Lingerie Addict but also Lucy's Corsetry, the Long Island Staylace Association, and so forth.

I hope this hasn't come across as too bossy! I firmly believe that by focusing on positive elements of others' corseting, phrasing differences of opinion as such rather than judgments, and offering sincere and factual advice when appropriate, the ties of the community and the breadth of the design possibilities can only grow positively.