Pinup 101: 3 Illustrators You Need to Know

By Marianne Faulkner April 17, 2013 in art and photos, marianne, pin up, team 7 comments
Share this article

If you're a fan of pinup style, a familiarity with pinup illustration is essential. Pinup illustration, in my mind, is the canon of the look and feel of the pinup lifestyle. Three artists in particular stand out as noteworthy, iconic, and legendary within the field of classic pinup artists. 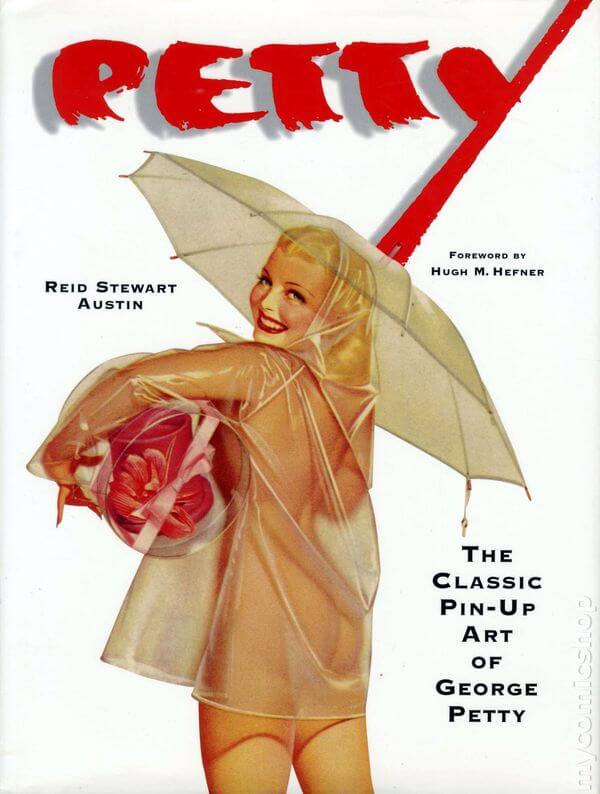 The Petty Girl debuted in the premiere issue of Esquire in 1933, and was a virtually constant attraction for the next seven years. Even in his later work you can see George Petty's Deco beginnings, in the crispness of folds, downcast gazes, thin brows, and dewy eyes. His signatures include simple red line, telephones, ballet point shoes, and thick calves and ankles, which drew him some criticism in the mid-40s as their stylization reached its peak. Like many an artist, Petty often used a close family member as a model: his daughter, Marjorie. George Petty was a family man. His half-rendered minimalization of the Petty Girl at the end of his tenure at Esquire correlated with his success with his better-paid advertising work, for the likes of Jantzen swimsuits and Old Gold Cigarettes. Petty's work remained so popular that in 1950 a musical romantic comedy titled The Petty Girl was made --- a non-biographical romp about an illustrator by the name of George Petty. 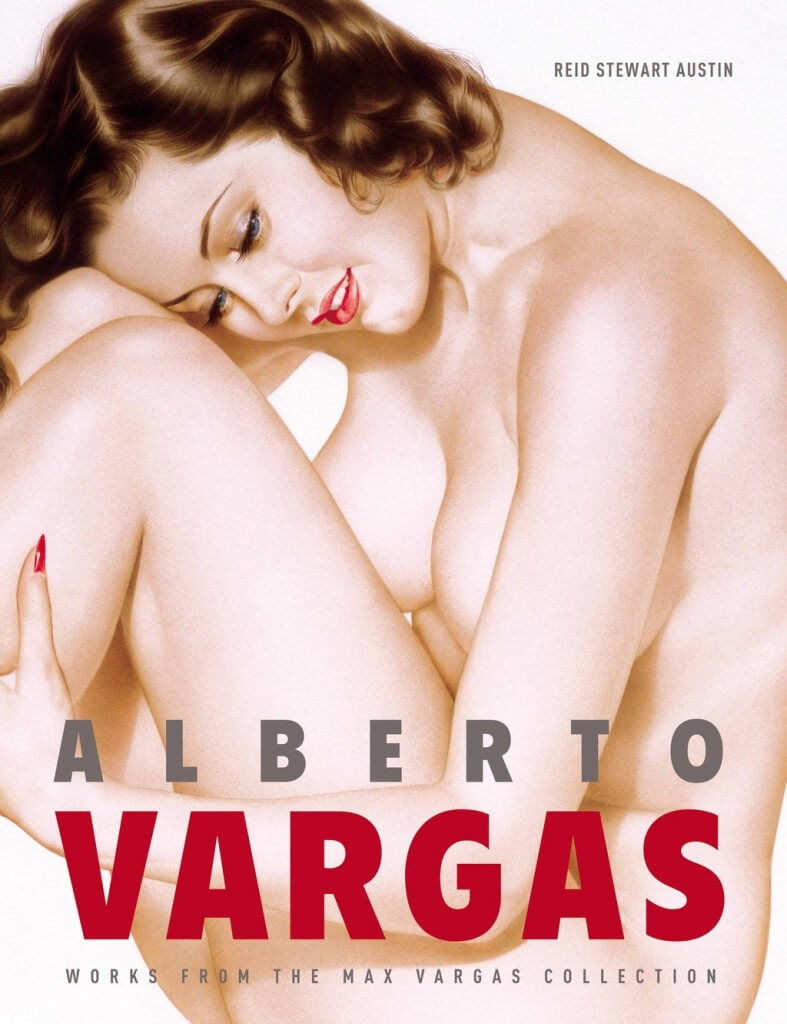 Of the three, I must admit Peruvian-born Alberto Vargas is my personal favorite, as his girls seem the most dignified and elegant. Like Petty, Vargas got his start airbrushing his father's photographic work. There's no question that Vargas's true calling was drawing beautiful girls, in one case as girlish as young Shirley Temple, though his showgirl wife often stood in as his personal model in his early days. In a fit of pique, he famously bragged to his coworkers in Hollywood that he could easily have George Petty's job if he wanted it, and subsequently put his money where his mouth was, landing the position and drawing pinup girls for Esquire. They rebranded his name, dropping the "S" and birthing the Varga girl. The business arrangement went poorly, as Esquire's strict contract, naively signed by a desperate Vargas, demanded more drawings than he could reasonably produce, and essentially claimed exclusive rights to the Varga name. Vargas eventually found sanctuary in Playboy where he was much better treated and appreciated. Vargas's figures are supremely elegant. He was devoted to accurate anatomy, though his later work features improbably large and perky breasts. Most notable of his recurring themes are gauzy, sheer garments, stockings, and hats with large, floppy brims. 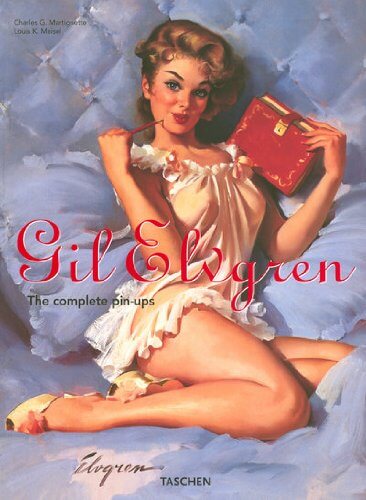 Gil Elvgren, as I mentioned last week, is probably the best known and most archetypal of pinup illustrators. Within the illustration industry, Elvgren is the one whose technique is most admired. Elvgren originally intended to be an architect, but soon switched gears to painting and devoted himself to it fiercely. At Chicago's prestigious American Academy of Art he pushed through his coursework at nearly double speed, then teaching, as well as forming lasting friendships with other artists, notably Al Buell and Joyce Ballantyne, both respected pinup artists in their own right. As George Petty was getting his start with Esqurie, Gil Elvgren was first hired by Brown & Bigelow, the world's largest calendar company, then their biggest competitor, Dow, who commissioned a series of pinup portraits. Eventually he took a salaried position at Brown & Bigelow, which allowed him the freedom to continue non-competiting illustration work for magazine stories and advertising gigs, including his long-running work with Coca-Cola. An Elvgren pinup is significantly more situational than a Petty or Vargas; her environment is not only fully fleshed out, but provides the context for her characteristic look of surprise. While I personally find the endless upskirt gags somewhat demeaning, those skirts are expertly rendered, and the poses are more fluid and graceful than even Vargas, whose work occasionally has a posed stiffness. Women, environment, clothing, furniture, and animals alike seemingly pose no challenge to Elvgren's relentless skill.

Which is your favorite of the three illustrators above? Do you have another favorite not listed? He may not be as well-known, but my own artist of choice is Fritz Willis.