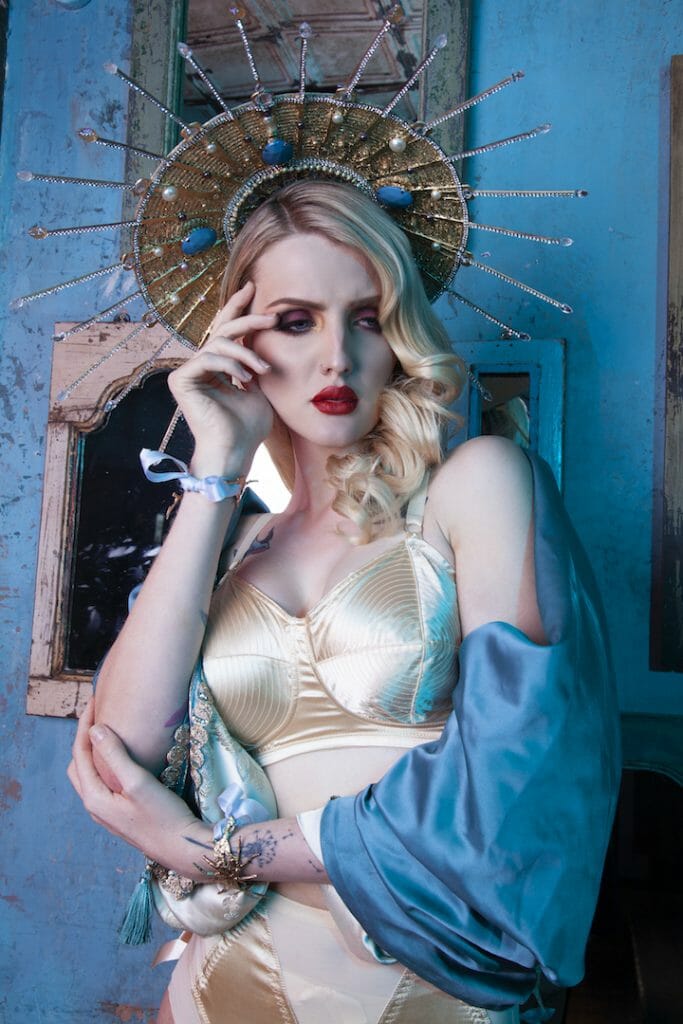 Though I, personally, am not religious, like a lot of people who grow up in predominantly Christian countries, I have a deep affinity for Christian iconography. However, it's not the belief system that's appealing to me. It's the aesthetic.

Last year, I had the opportunity to view The Met Museum's "Heavenly Bodies: Fashion and the Catholic Imagination" exhibit. It may seem sacrilegious to some to discuss religious attire from the perspective of fashion. But if we can acknowledge that all fashion carries meaning, then certainly religious garb is no exception (and perhaps might even be the best proof of that rule).

Historically, religious figures in cathedrals and churches were richly clad in satin and brocade and jewels. Even today, couture houses and jewelry makers still create custom garments for figures of the Virgin Mary in Europe. It's an odd juxtaposition as an outsider; a woman revered for her humility dressed in more extravagant clothes than modern day royalty.

Of course, this iconography can have a deeper and more sinister meaning. The hagiography of the Virgin Mary is also used a tool - to guide or discipline, depending on your point of view - women into correct behavior. The Virgin Mary is not only the ultimate symbol of purity, but also the ultimate symbol of control. Her womanhood is relevant only in relation to the masculine, deified figures in her life. 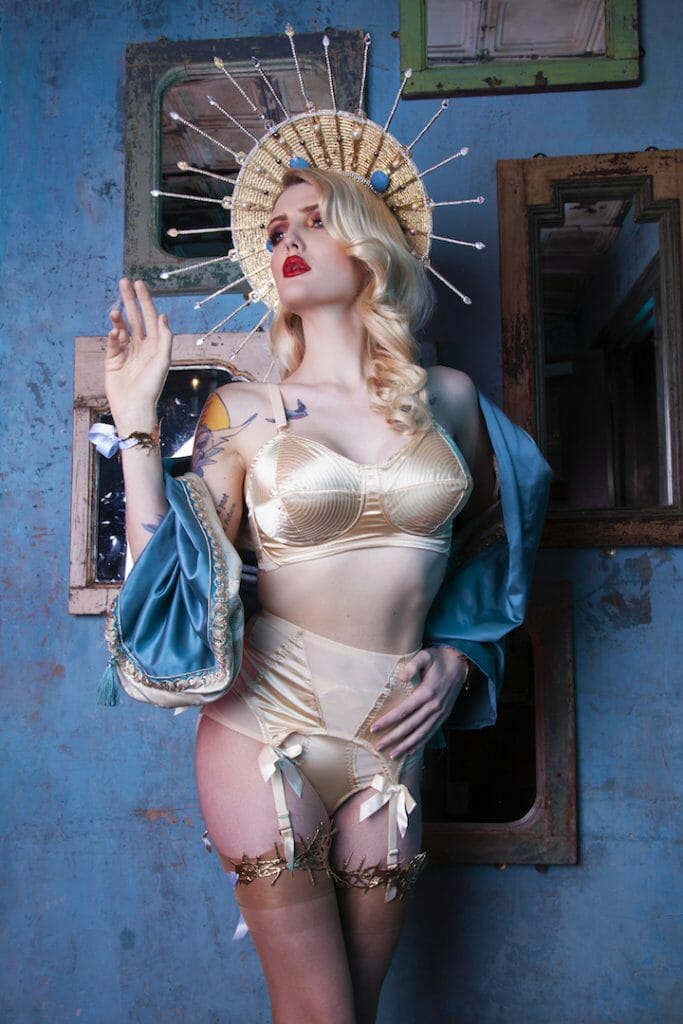 As I mentioned in this article about textile artist Sydney Duncan, the sacred cannot exist without the profane. To revere Mary's virginity is to, deliberately or implicitly, denounce women without it.

To desexualize her, even to the extent of insisting upon her lifelong virginity (though Jesus had several siblings) is to not only deny her personhood but also imply that being a woman who has never had sex is, somehow, "better." To hinge her respect and adoration upon her virginity is to insinuate that women who are not virgins deserve no such respect.

All of that is what I had in mind when I viewed this Playful Promises' Valentine's Day Lookbook.

I often say that TLA is about the intersection of lingerie and society. That lingerie is a tool for understanding the culture we live in. Intimate apparel tends to pull unstated values or ideals right to the surface, exposing where the real priorities are in terms of aesthetics or control or morality.

Would we venerate Mary the same if she were dressed in lingerie? Likely not. But why?

I don't believe this blog post is going to answer any of those questions. I'm not sure if they even have answers. But in a society that still seeks to control women's bodies - a society that tells us nipples are vulgar and pregnancy can be a punishment and certain types of women are "unrapeable" - I believe lookbooks like this are more relevant than ever.

Do you have any thoughts? 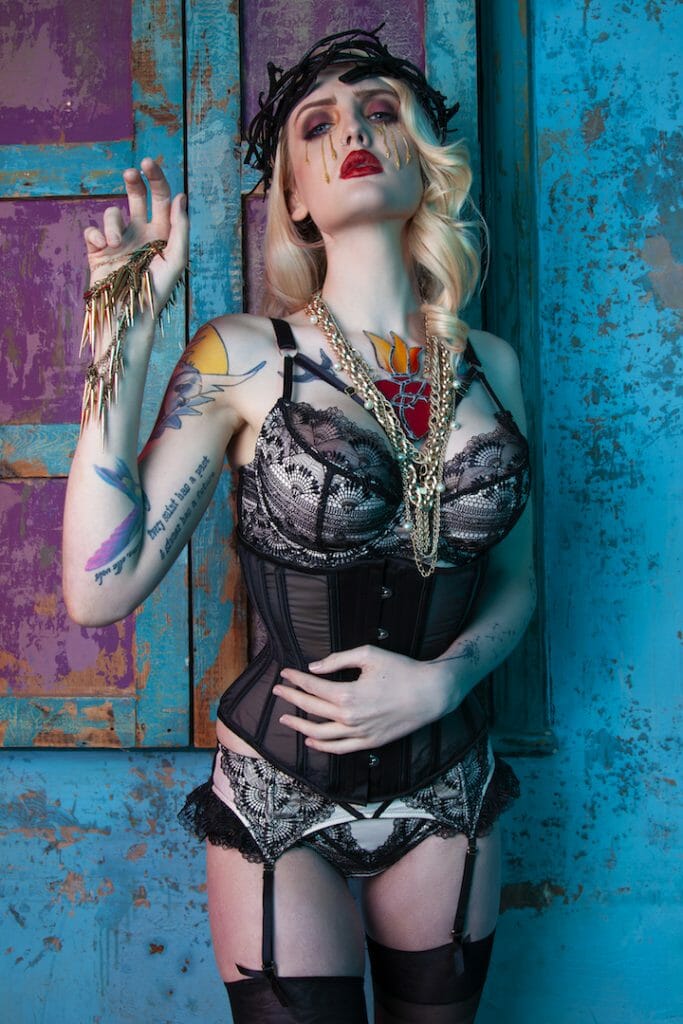 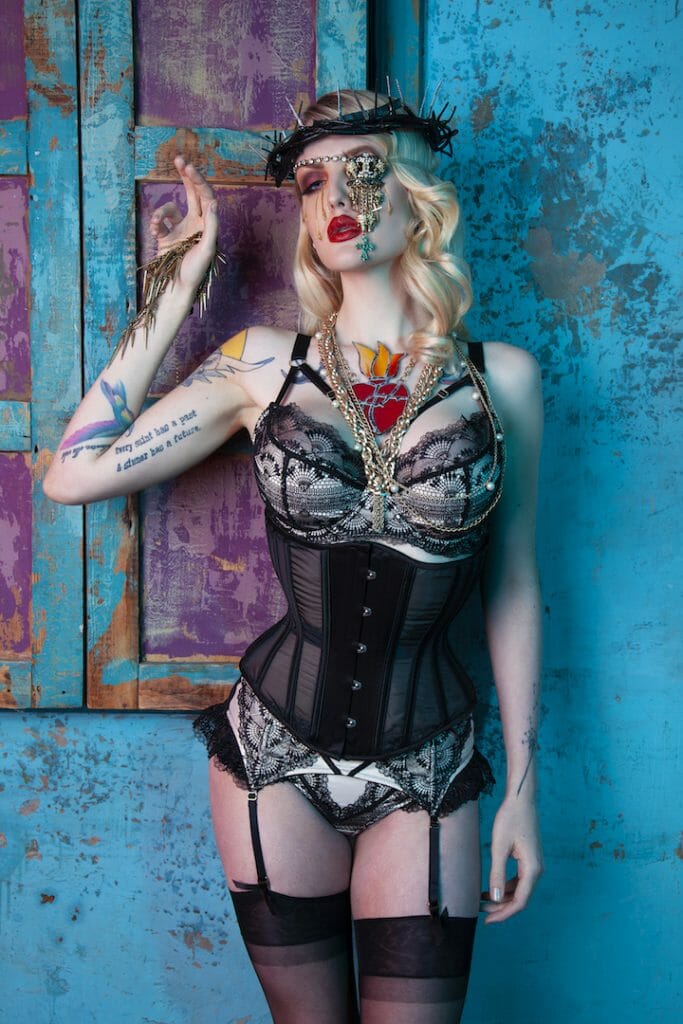 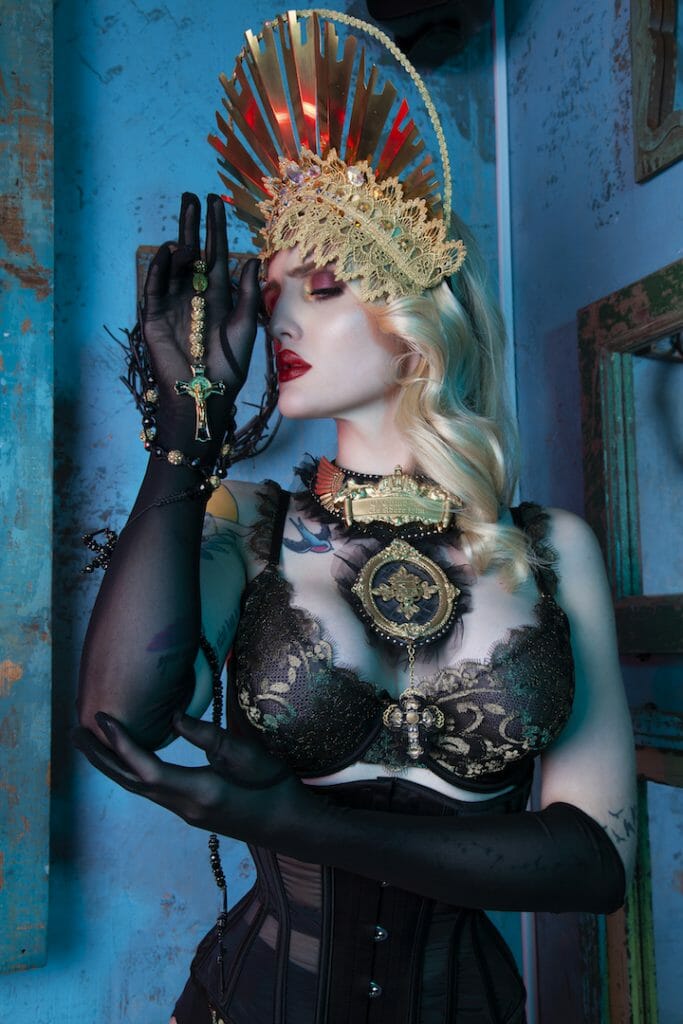 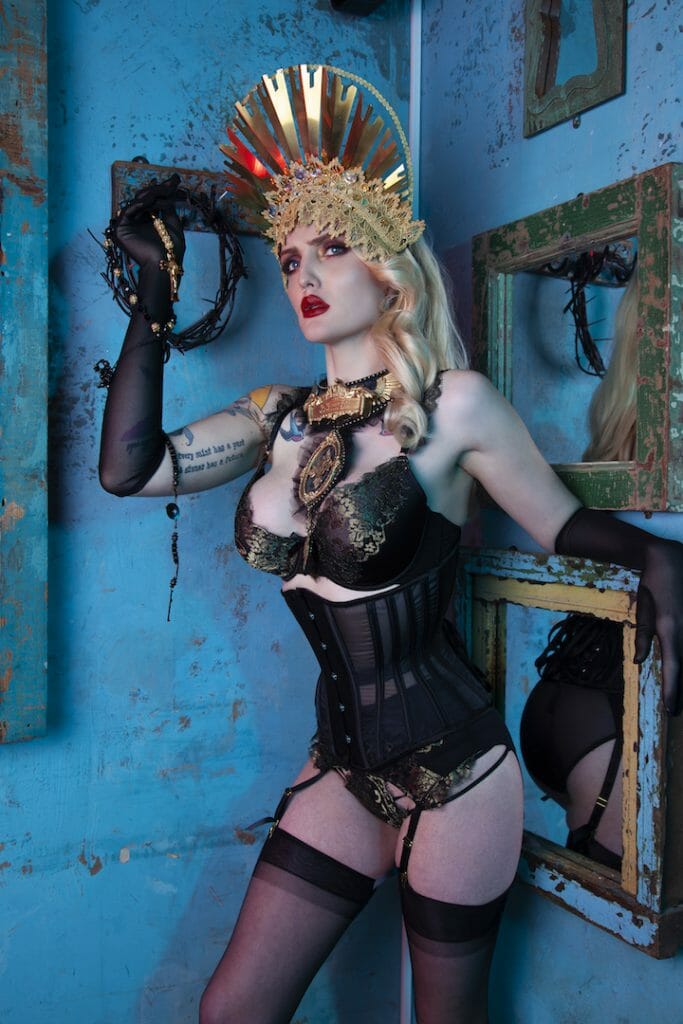 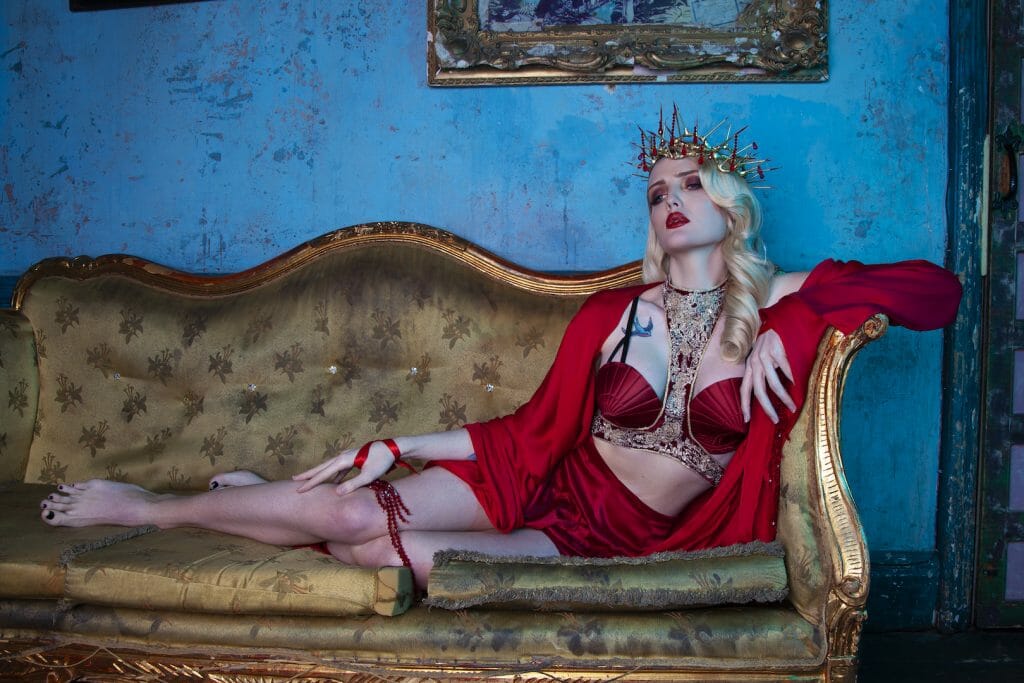 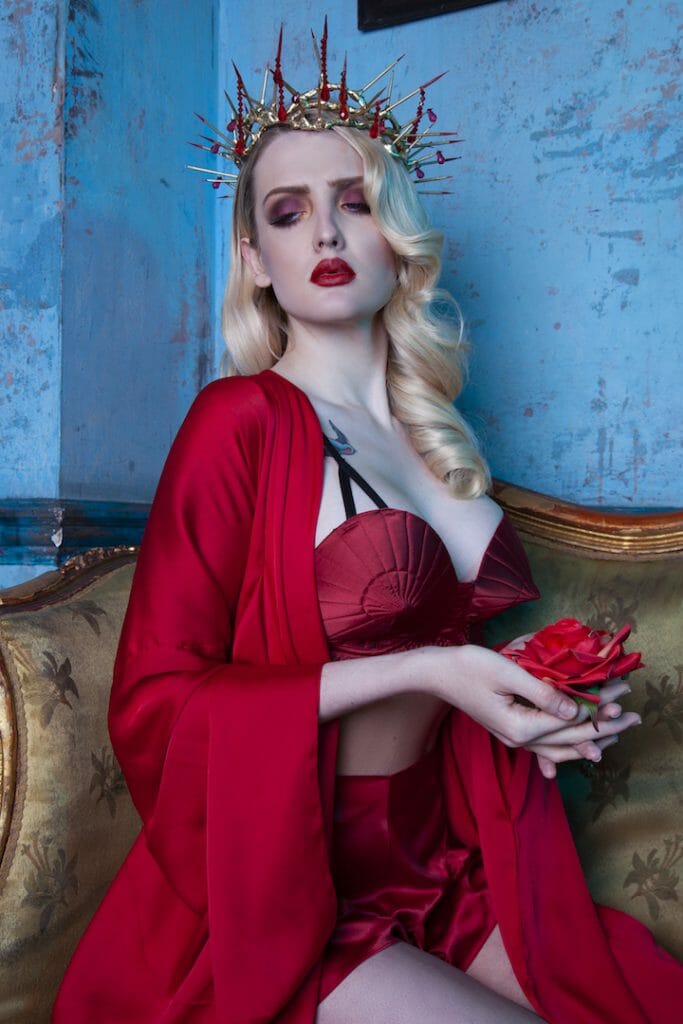