Editor's note: This was previously the first half of this article. It's since been split off into its own piece. 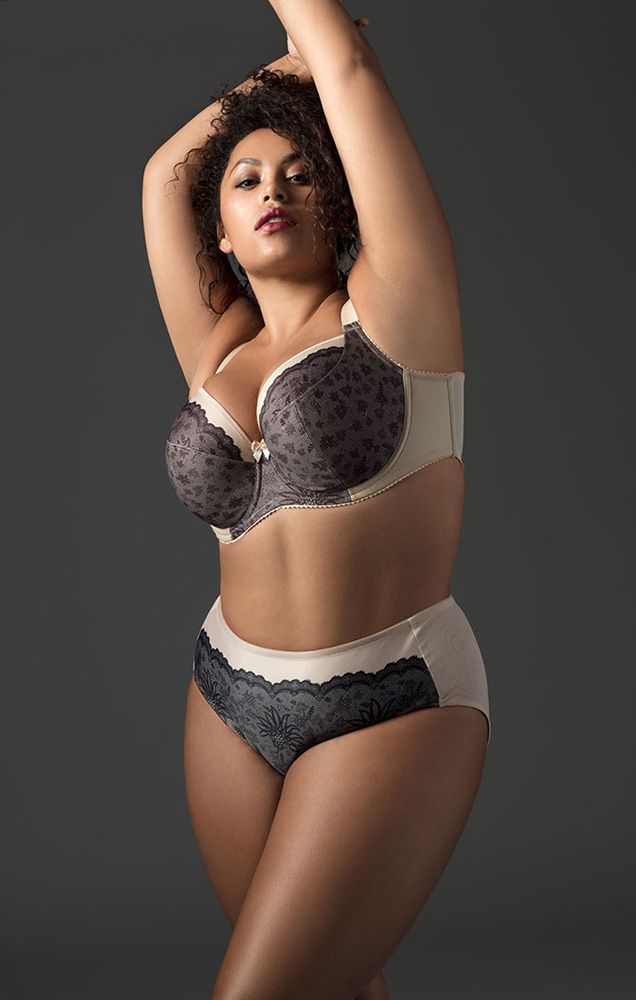 While this sister article to this piece focuses exclusively on where to buy inexpensive bras, here I'm going to break down some of the myths around bra sizing and production.

I want to start with some essential terminology first so we're speaking from the same place about the same concepts.

A size break is the point where a company changes their pattern to accommodate the next cluster of sizes in a given range. Many of us are familiar with the concept of size breaks when it comes to petite and tall sizing. Someone who is over 5'9" or under 5'3" needs to have their clothes cut to a different set of proportions.

But it's not just proportions and patterns that change when it comes to lingerie; it's also the materials used in the garment itself. Bras for heavier busts, for example, require different wire shapes, strapping widths, and stronger fabrics. That's a important difference between scaling up something like a t-shirt vs. a bra. The fundamental components change significantly, and that affects cost.

Every company that wants to make more than a handful of sizes negotiates with size breaks, because just as brands specialize in certain size ranges, so do factories.

In some ways, a bra company extending their size range has more in common with starting a whole new brand. You're creating new patterns, sourcing new fabrics, and contracting with new factories...essentially, all the same work you did getting started in the first place.

Most brand owners aren't going to have the money, or capital, to launch the equivalent of three brands (plus size, full bust, and core size) at the same time. Even if the ultimate goal is to eventually have a full size range, a brand needs to choose somewhere to start. 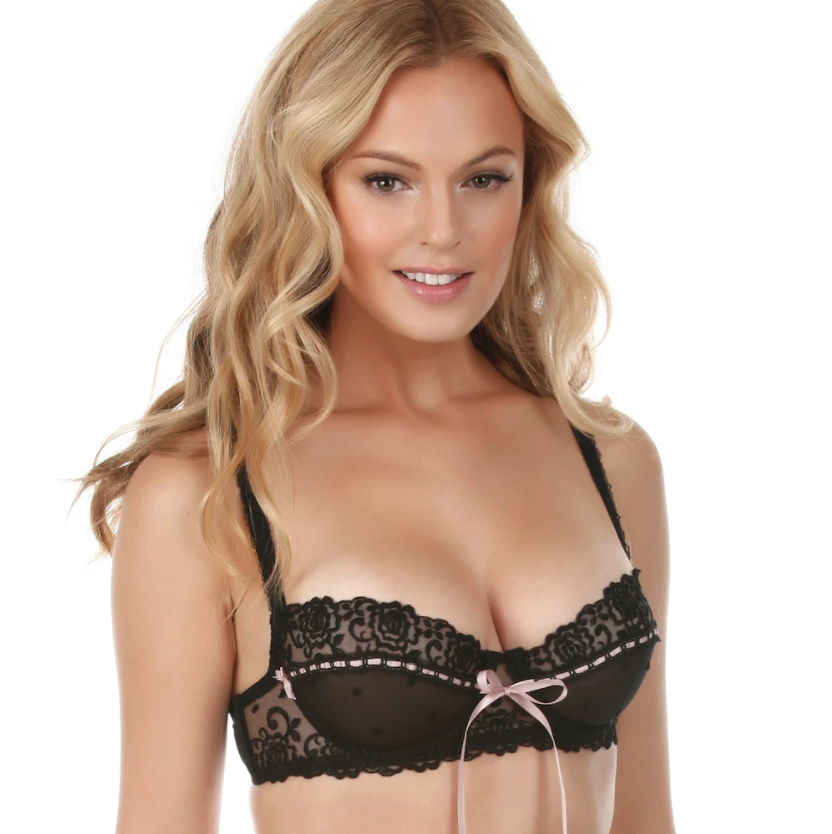 More than that, even in the rare cases where a company has access to an unlimited supply of funds, it takes time to create new sizes. Fast fashion has accustomed people to unreasonable turnaround times. Furthemore, spandex, the fashion industry's best friend when it comes to fudging a decent fit, can't be used as broadly for making bras...especially bras in those higher size ranges.

New patterns, especially for a bra company focused on fit, can take up to 4 years to perfect (unless a company chooses to copy someone else's patterns to save time...a controversial issue). That's years of research and development before a bra is even available to sell. And all your designers and pattern makers and fit models still need to be paid in the meantime. 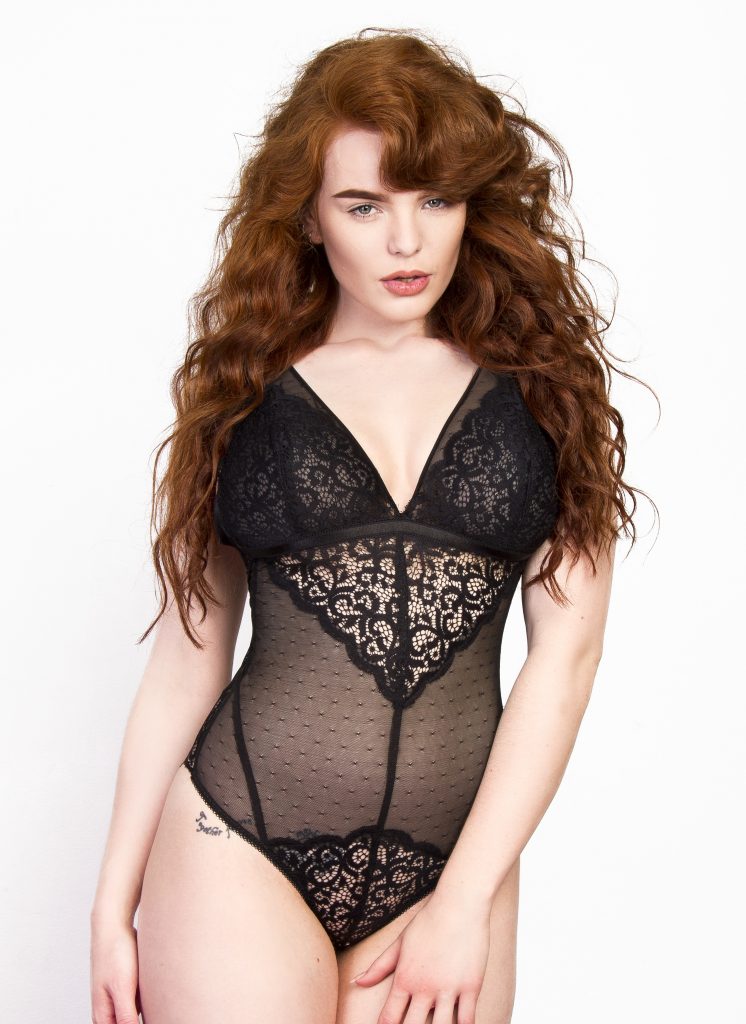 Even after your pattern is perfected, many brands still have to make their products in a factory. And finding a factory can be difficult. As I've mentioned on Twitter, there are lots of brands, but comparatively few factories. That means factories can bargain hard for what they will and won't do...especially with smaller (read: the vast majority) of lingerie brands.

I've seen brands go out of business because their factories simply never got around to making their garments. I've also heard of factories "ghosting" on smaller brands for months at a time while working on larger, more lucrative orders for other companies. And sometimes, a factory just shuts down, which will muck up even the most perfect production schedule.

Finally, it takes time to expand a company's warehousing and shipping operations if they sell direct to consumers or to build a new retail base if they're wholesale only. Put another way, just because a store bought a brands's 32-36 B-D cups doesn't mean they're going to buy their 36-44 DD-G cups.

I know of several brands that invested into expanding their sizes in response to customer demand...only to have retailers decline the new sizes. A season or two of that, and a brand may find themselves out of business - just for trying to do the right thing.

Lingerie pricing is a tricky thing. Many people assume bras should be cheap because they don't take a lot of fabric, but fabric is not the most expensive part of making a bra. It's the labor.

All bras are handmade by highly-skilled sewists, but a brand doesn't just pay them. They also pay their designers. And their pattern graders. The pattern cutters. The packing and shipping people. The people that answer the phones. The light company. The water company. The insurance company. The landlord. Oh, and the taxes!

Many of these costs are part of overhead (i.e. not directly related to buying raw materials or putting together the finished product), and they have to be paid regardless of whether you have a good season or a bad season.

This is why a garment can't be sold "at-cost" (i.e. with no markup, just the price it took to make)...because a lot of people wouldn't get paid and companies also wouldn't have the funds to invest in new styles, fabrics, or expanded sizing. 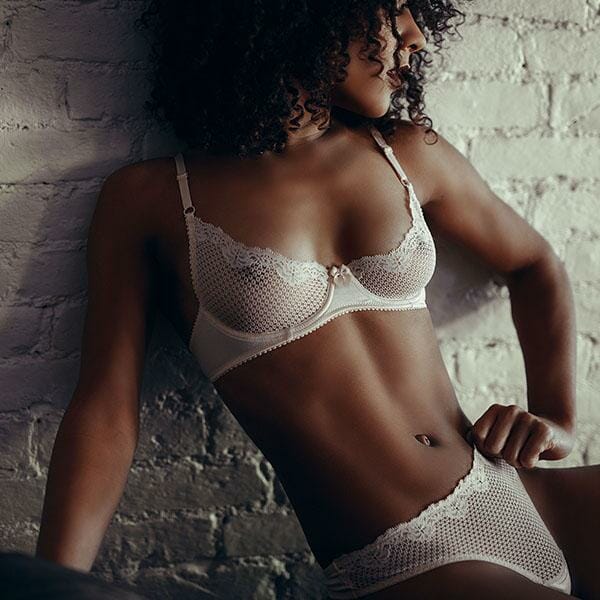 The truth is making a bra is a feat of physics + engineering. To take a roll of mesh or lace, a bit of wire, some elastic trim, a few hook-and-eye closures, and transform them into a garment capable of lifting and shaping the bust for hours at a time takes skill. It doesn't just happen.

However before you think lingerie brands are making wild profits, it's worth knowing that lingerie has some of the lowest markups of the apparel industry.

While some ready to wear brands can mark an item down by 80% and still turn a profit, lingerie exists in a different world. The materials are more expensive. The labor is more expensive. And the price ceiling for what you can typically sell a bra at is lower. In a retail environment where people think $30 for a bra is too high, it's not unusual for markdowns to be at or below wholesale cost just to make room for new (and hopefully better-selling) merchandise.

b.tempt'd by Wacoal (Image via Macy's)

As we discussed in the article Bra Pricing is a Feminist Issue, super-cheap bras rely on low labor costs. Even on the indie designer side, where prices are higher (to reflect a higher cost of living in countries like the US or UK, among other things), it's not unusual for a designer to shortchange their markups and underpay themselves because they know their items won't sell if they value their labor appropriately.

We also have to remember that part of why large companies have lower prices isn't just because they're manufacturing in places where labor is cheaper, but also because they're taking advantage of economies of scale. That is, they manufacture in such large amounts (thousands or hundreds of thousands per item), that the individual cost of each garment is significantly lower. It's the same reasoning behind why buying in bulk from a wholesale club is cheaper than buying in small quantities. You might pay more up-front, but your cost per item is much lower.

People afford what they can afford, and when everyone is being underpaid, it can be hard to feel much for the invisible people who make our clothes. But no matter what our budget is, high or low, we don't have to be a part of the problem of publicly undervaluing the skills and labor of apparel workers The problem isn't that everything should be cheaper...it's that we often don't know what a "fair price" for clothing looks like anymore.

Where to Buy Cheap Bras

After all that talk about bra pricing and fairness, you might be wondering why this article is about where to buy cheap bras. Well, TLA's mission is about making the world of lingerie more open and accessible, and that includes giving people resources on where they can afford to buy their underwear. Visit Part 2 of this article here to learn about your options.