A Hollywood Heroine, pt. 2: More of Our Vintage-Inspired Lingerie Editorial 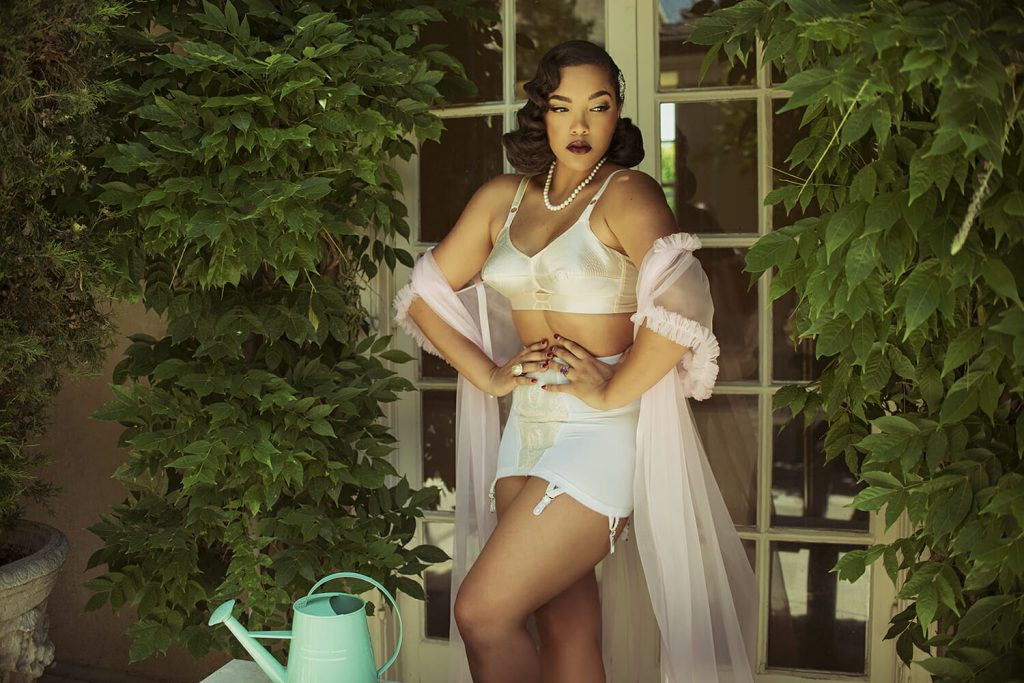 Harlow Bullet Bra by What Katie Did. Millie Girdle and Sheer Dressing Gown by Dottie’s Delights.

I've had so many highlights from 2017, but I think one of my absolute favorite moments was finally putting together my dream of a magazine-style lingerie editorial on TLA.

While I'm excited whenever lingerie makes an appearance in a large or mainstream fashion publication, that excitement is often tinged by a little disappointment since one very often sees the same few brands photographed. I know some of that is due to the way editorial and advertising is set up in most publications, but I imagine it's also because many small and indie designers simply don't have the right connections, the right name, or the right person to put their foot in the door. I wanted TLA's first lingerie editorial to show, in a small way, what's possible when you move beyond those familiar names. 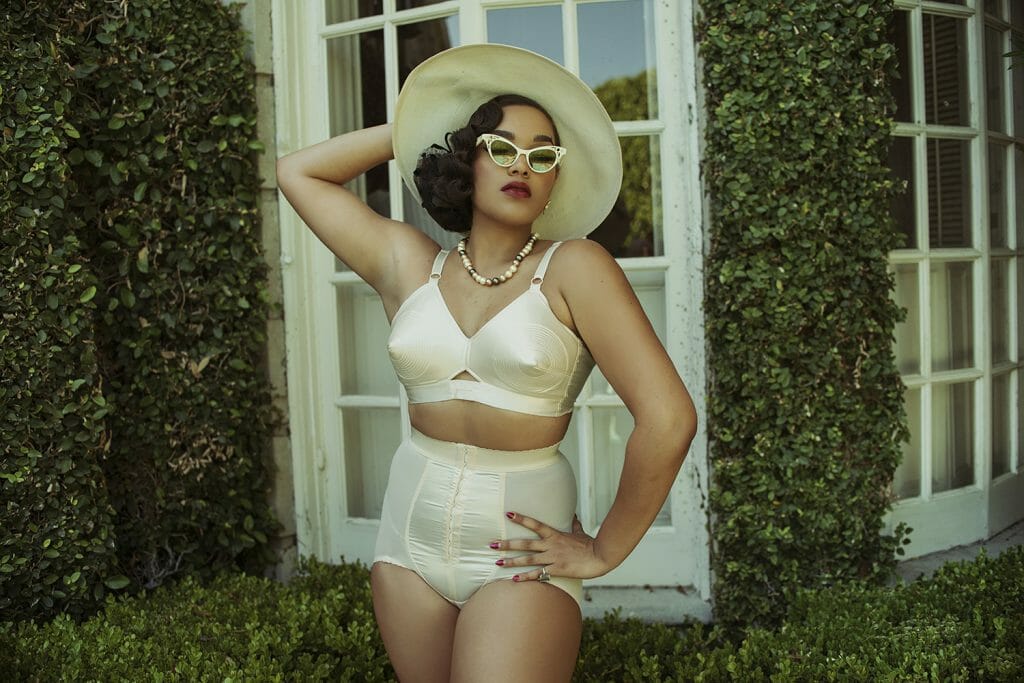 Padded Bullet Bra and Panty Girdle, both by What Katie Did. Hair Snood by Dottie’s Delights.

Running a lingerie blog for these last (almost) ten years has been rewarding, but it hasn't always been easy. One of the things I learned this year is that I have to keep coming up with ways to make TLA not just more relevant and interesting to you, but more engaging and thought-provoking for me as well. It would be easy to simply coast along, to publish the same stories one can see anywhere else. But that wouldn't be as exciting to me, and I imagine it wouldn't be too thrilling for you either.

Doing more time-intensive and creative pieces like this lingerie editorial represents part of my long-term vision for The Lingerie Addict. In a media cycle where everyone is concerned with virality and likes and dominating the conversation for all of five minutes, I want our focus to be a little slower, and on, hopefully, creating content that lasts and resonates with you.

Do you have a favorite image from this shoot? I'd love to hear what it is in the comments.

As with the first set of images shared, all garment credits are on each individual photo. I'd like to thank Ashleeta Beauchamp for modeling and Lars Kommienezuspadt for his photography. Makeup is by Erika Reno with hair by Miss Rockabilly Ruby. All photos are styled by me, Cora Harrington, The Lingerie Addict. The location is The Kingsley House. I also cannot thank What Katie Did, Va Bien, Catherine D’Lish, Angela Friedman, Harlow & Fox, Morua Corsetry & Couture, and Dottie’s Delights enough for helping to make this editorial a reality. 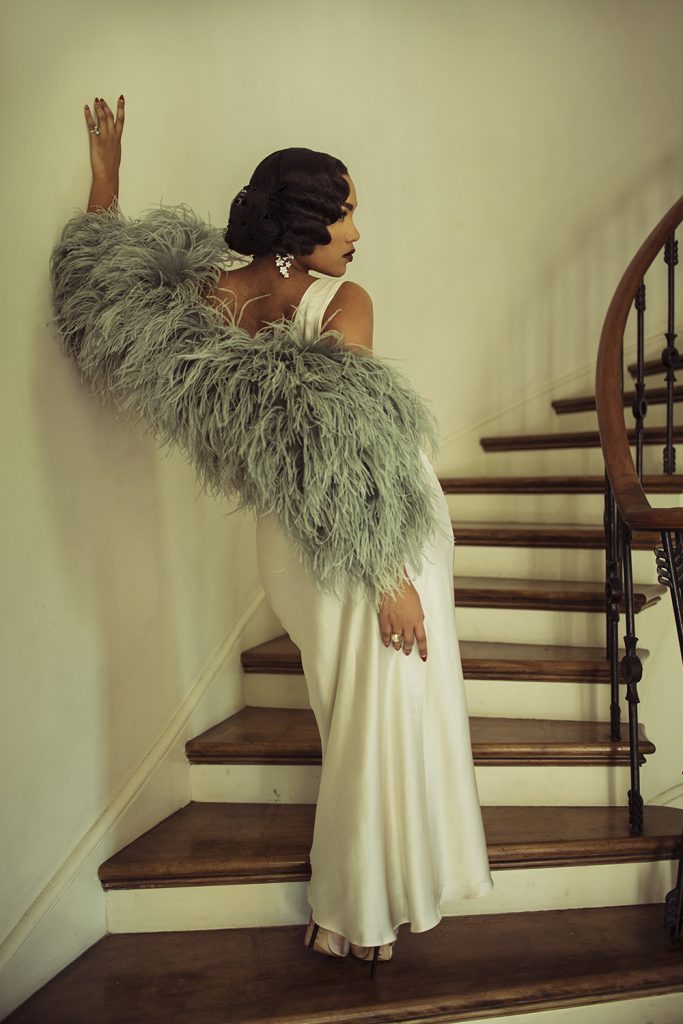 Eleanor Almond Draped Back Gown and Vivienne Feather Capelet, both by Harlow & Fox. 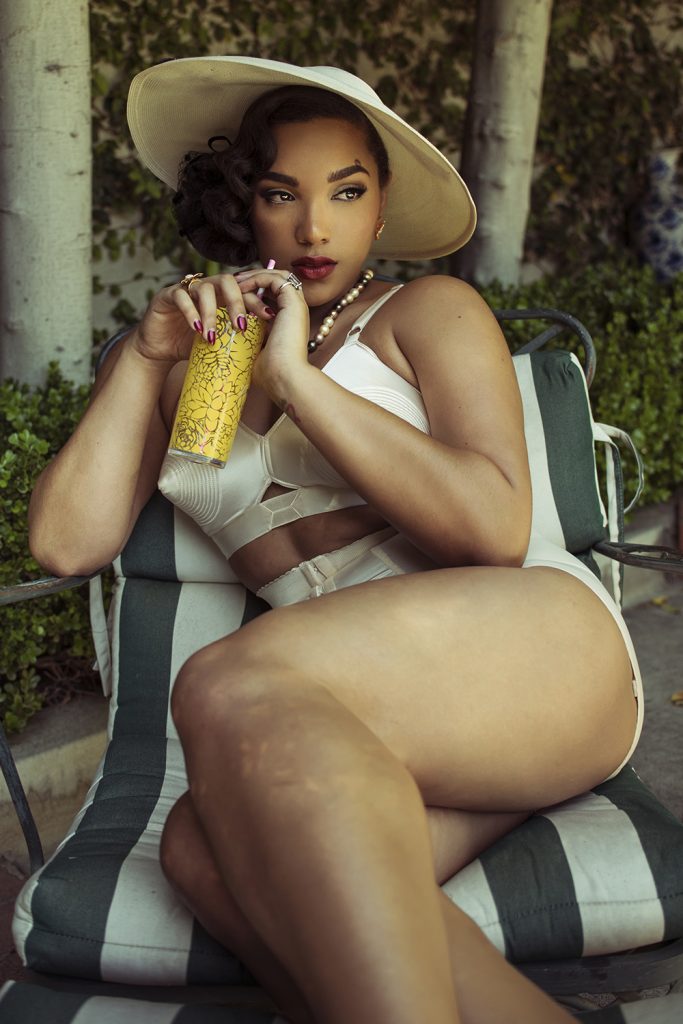 Padded Bullet Bra and Panty Girdle, both by What Katie Did. Hair Snood by Dottie’s Delights. 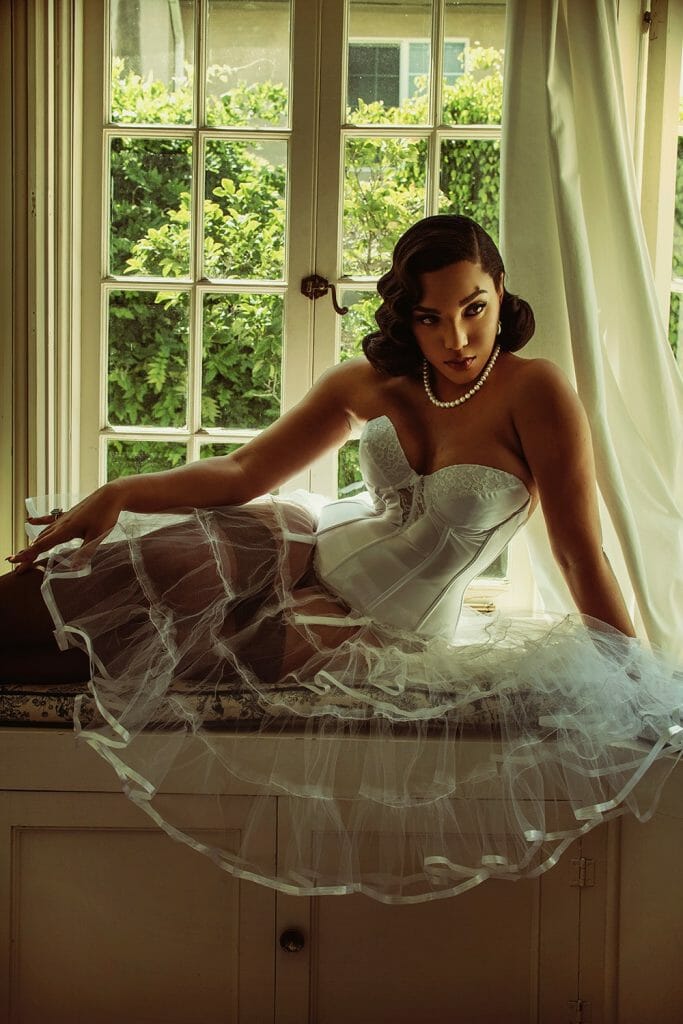 Satin Soiree Bustier by Va Bien, Stockings by What Katie Did. Petticoat and Knickers, Stylist’s Own. 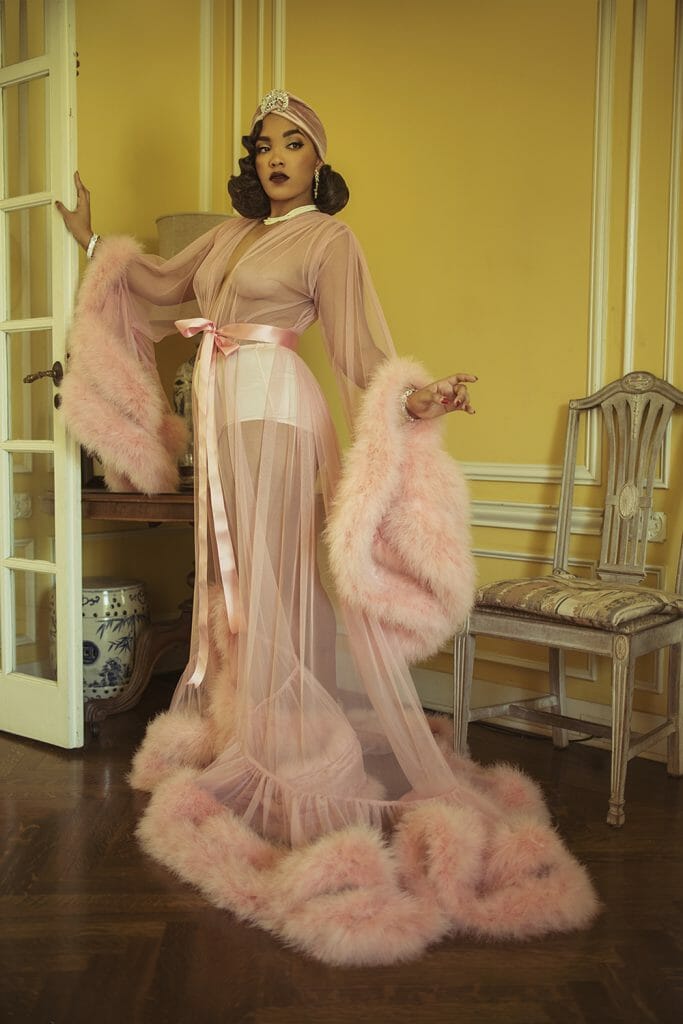 Dressing Gown by Boudoir by D’Lish. Knickers, Stylist’s Own. 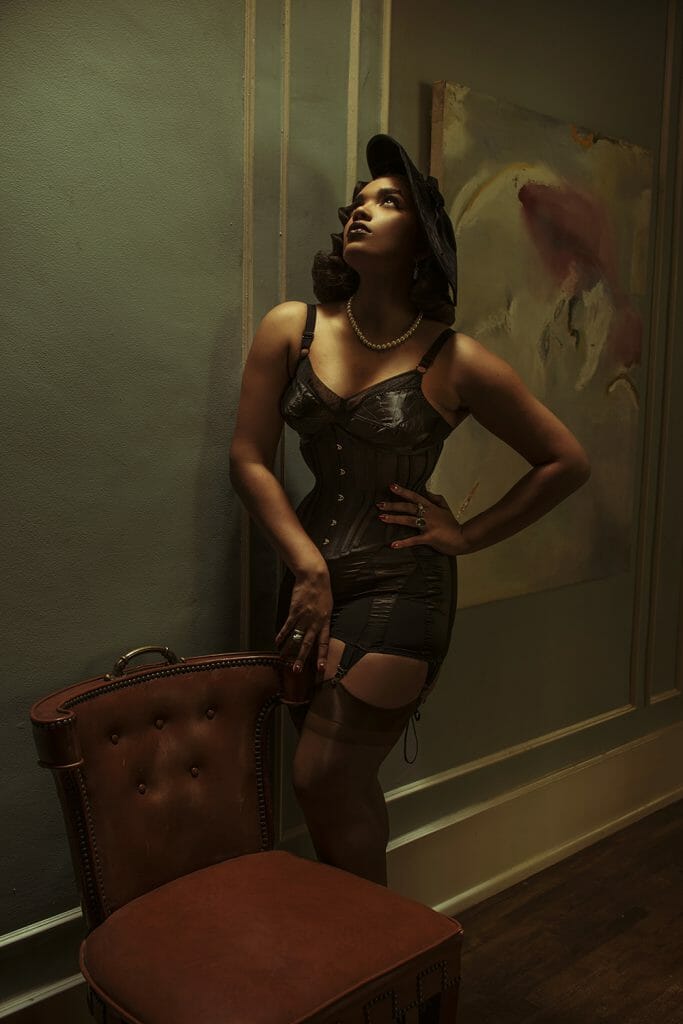 Cone Bra, Bizarre Girdle, and Stockings by What Katie Did. Bobbinet Corset by Morua Corsetry & Couture.