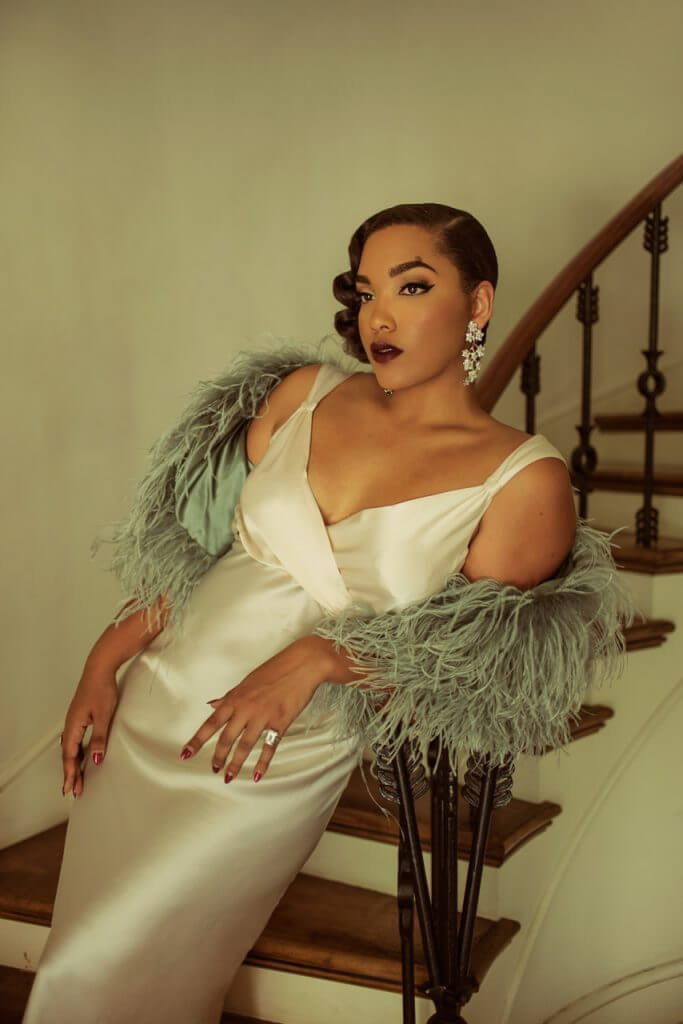 Eleanor Almond Draped Back Gown and Vivienne Feather Capelet, both by Harlow & Fox

Vintage glamour never goes out style. Ashleeta Beauchamp models some of the most stunning retro looks the lingerie industry has to offer. Photography by Lars Kommienezuspadt. Makeup by Erika Reno. Hair by Miss Rockabilly Ruby. Styled by Cora Harrington, The Lingerie Addict. Photographed at The Kingsley House. 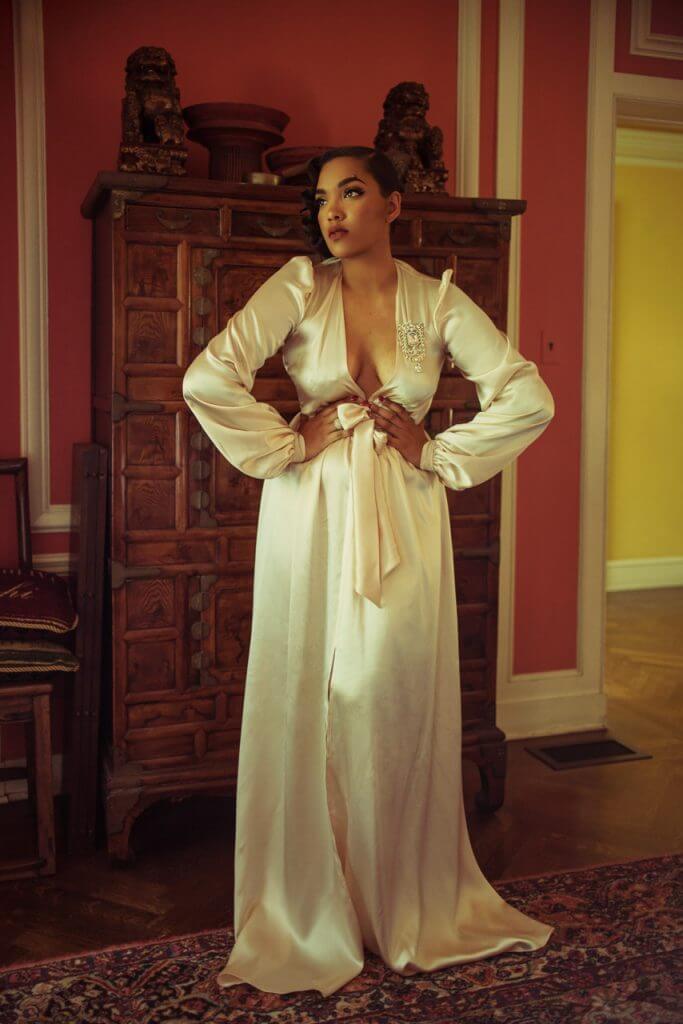 While I don't feel at all nostalgic for the 1950s, I have to admit that era, fresh on the heels of Dior's "New Look" of 1947, includes some of the most iconic and visually impressive lingerie silhouettes of the century. 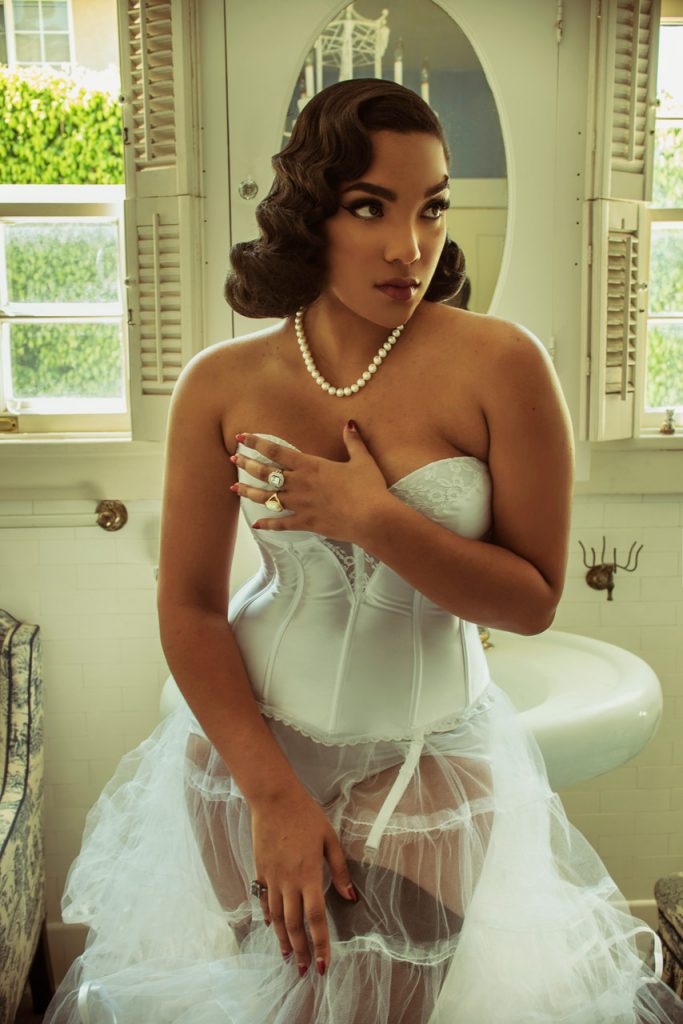 Satin Soiree Bustier by Va Bien, Stockings by What Katie Did. Petticoat and Knickers, Stylist's Own

Wasp-waisted girdles, frothy petticoats, dramatic robes, and sharply-pointed bullet bras were the aesthetic of the day, a far cry from the minimalist, lightly-structured underpinnings of both the early 20th and early 21st centuries. This was an age when lingerie was not expected to merely complement the figure, but to create it wholecloth if one's outerwear required it. 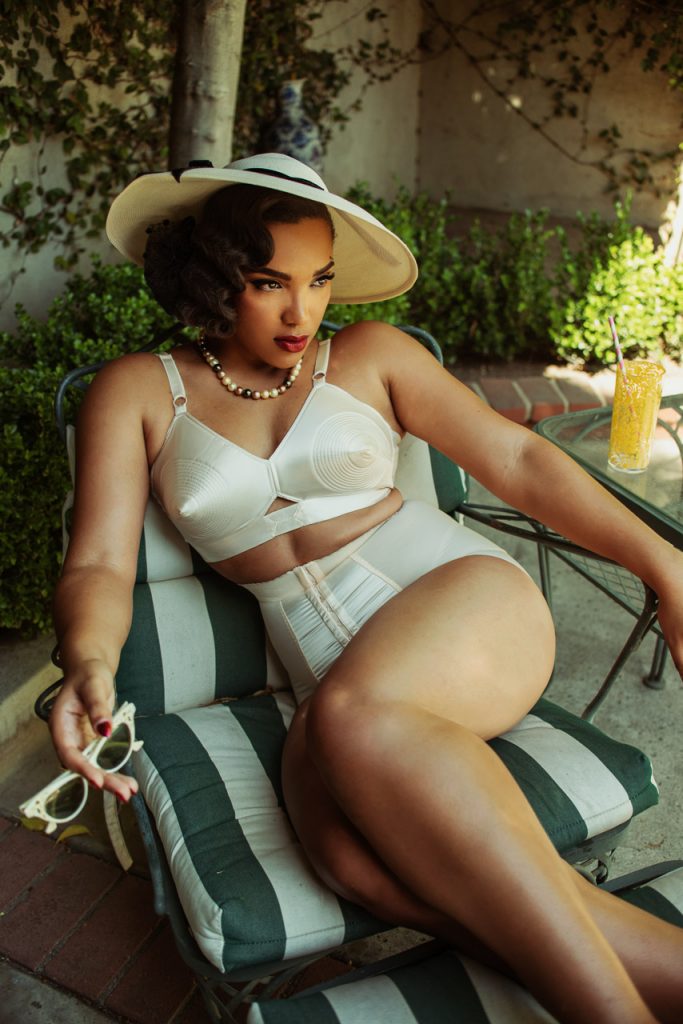 Padded Bullet Bra and Panty Girdle, both by What Katie Did. Hair Snood by Dottie's Delights.

Though I prefer the considerably wider range of options we have available today, I also admire the structural engineering, the sense of "architecting" the body, that's conspicuously present in lingerie from the mid-20th century. Ruffles, darts, gathered sleeves, lace insets...all these details require considerable attention, and collectively, they make quite a statement. It's a beautiful legacy, and one I'm glad to see several modern day lingerie labels preserve. 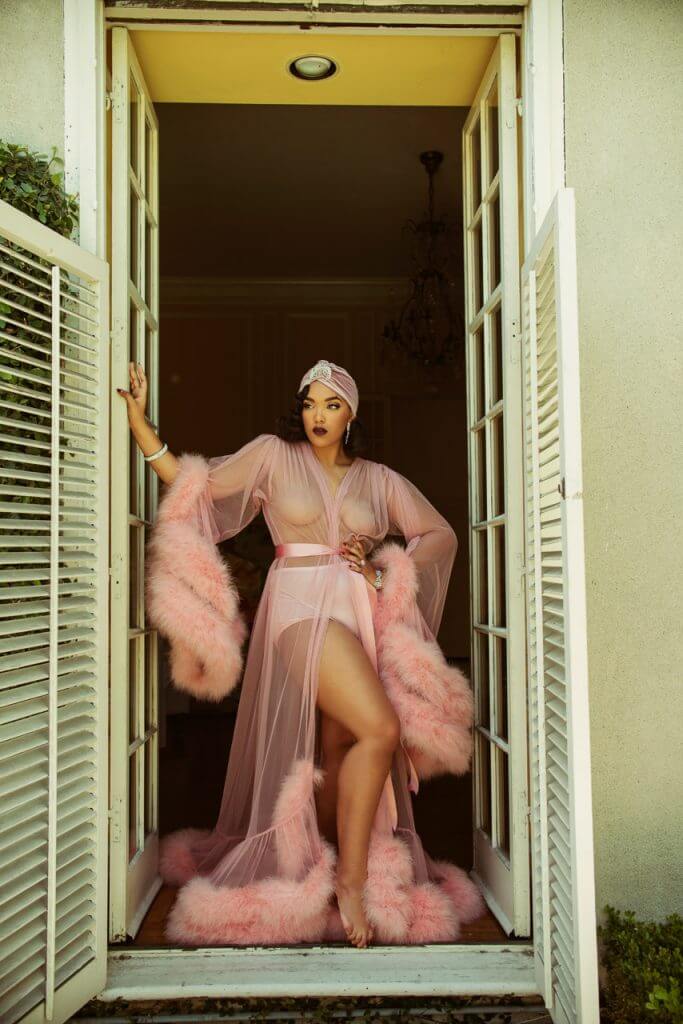 Dressing Gown by Boudoir by D'Lish. Knickers, Stylist's Own.

Shooting an editorial like this - complete with model, photographer, makeup artist, hairstylist, wardrobe, and location - has been a longtime dream of mine. I wanted to plan a shoot that not only represented my point of view and perspective on what lingerie could be, but that also showed a potential glimpse of TLA's future...at one of the many directions this site can go in. More than that, I wanted this editorial to feel inspiring, something that could transport you to a dream of lingerie. Here's hoping it's the first of many. 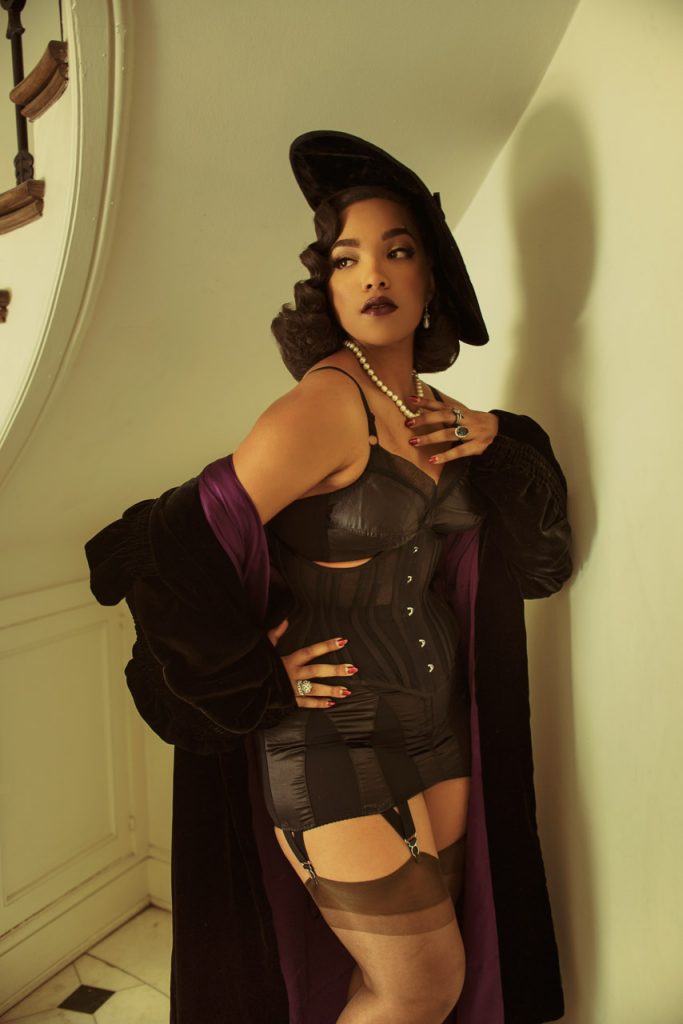 Cone Bra, Bizarre Girdle, and Stockings by What Katie Did. Bobbinet Corset by Morua Corsetry &  Couture.

All garments are credited to their respective designers within the captions. My heartfelt gratitude and thanks to What Katie Did, Va Bien, Catherine D'Lish, Angela Friedman, Harlow & Fox, Morua Corsetry & Couture, and Dottie's Delights for making this editorial possible. 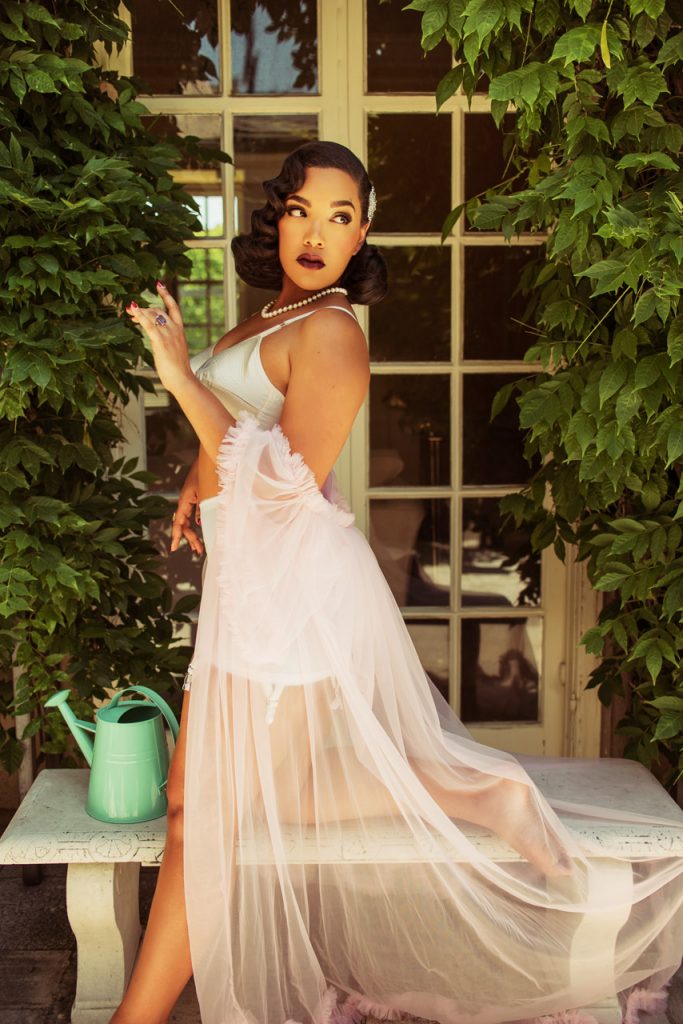 Harlow Bullet Bra by What Katie Did. Millie Girdle and Sheer Dressing Gown by Dottie's Delights.