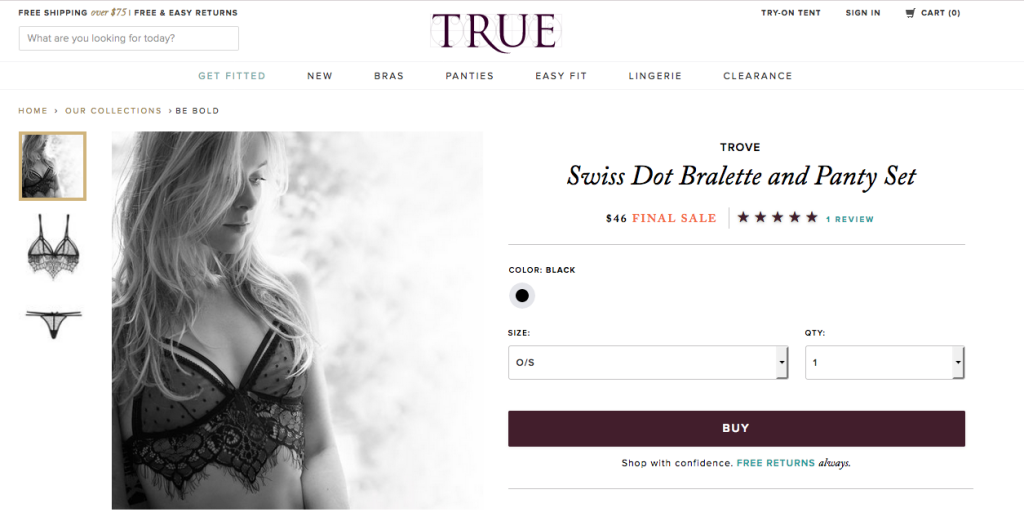 The subject of pricing is perhaps one of the most emotionally fraught topics in the lingerie world. Consumers are often convinced they're paying too much for lingerie, while brands and retailers frequently believe their margins are too small.

Furthermore, it is true that margins in the lingerie industry are among the narrowest in the fashion world; an absence of automation combined with specialty fabrics and high R&D costs all contribute to lingerie being incredibly expensive to produce...far more than a t-shirt or a pair of jeans.

However, it's also true that a knowledge gap exists which is easy for savvy brands to exploit. Lingerie, as an industry, receives very little media coverage. A few a strategic press releases, a bit of shiny branding, and an intimates company can largely convince the fashion press of whatever it likes. There simply aren't enough experts in the niche with enough background information to disagree.

Recently, while compiling items for TLA's annual holiday shopping guides, I ran across a rather noteworthy example of the pricing/knowledge gap phenomena, and I want to use that to open up a discussion regarding retail markups and how pricing influences customer expectations.

As of this writing, True & Co. has the set shown at the top of this post listed on their website for $46. That doesn't seem like such a bad price, right? It's eyelash lace and swiss dot mesh for under $50 - perfect for holiday gift giving.

Except...the actual retail price for this set is a LOT cheaper, and I do mean a lot. Made by Leg Avenue, the 2-pc. Swiss Dot Cage Set typically sells for $18 - less than half of True & Co.'s price. 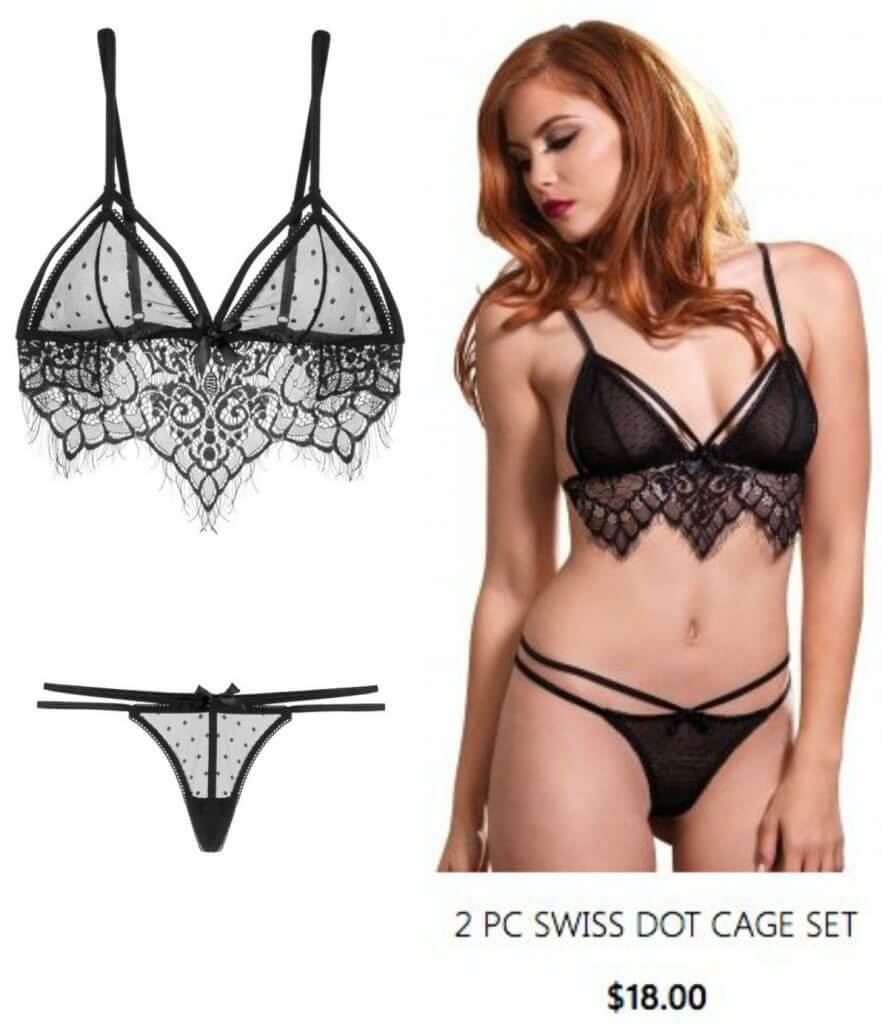 Suddenly, that great price seems like less of a bargain. To be more explicit about it, that $46 price can even feel like a bit of a ripoff, especially since the True & Co. set is final sale.

Before we go any further, I know markups are a part of doing business. Retailers have to price things over wholesale (basically, the cost of what it takes to make something) to cover marketing, photography, tradeshows, websites, electricity bills, salaries, and so on.

Quinne covered this in incredible detail in her "Why is Lingerie So Expensive?" series. Therefore, I'm not asking if companies should markup their products at all. They absolutely should. Rather, I'm wondering how much of a markup is too much?

I wrote to True & Co. directly to ask for clarification before writing this post, and was told the higher markup for these pieces has to do with researching, sourcing, curating, rebranding, and repackaging them.

I was also told the prices for these items in particular included the expenses of their Creative Director and the costs of reshooting them with a well-known fashion photographer and New York model. Finally, I was told the $18 retail price is actually the wholesale price, which, unfortunately for True & Co., is simply not the case. 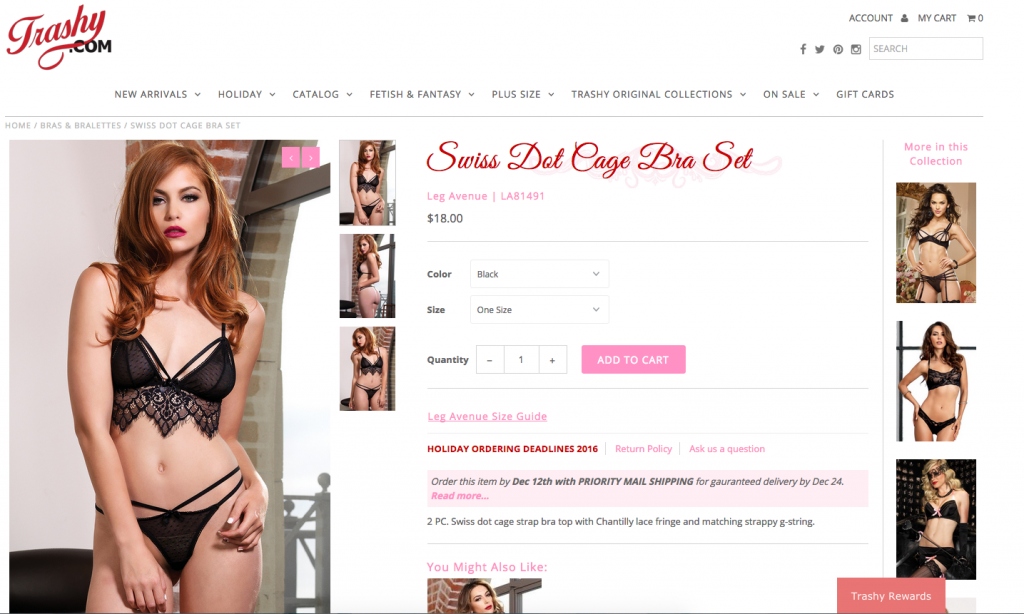 A screenshot from Trashy.com of Leg Avenue's Swiss Dot Cage Bra Set at the $18 price.

My issue with this kind of pricing scheme, no matter what True & Co.'s justifications may be, is that it contributes to the disconnect many consumers already feel between what they pay and what they get. Just as there are size breaks in the lingerie industry, there are also price breaks. People have rightfully different expectations regarding quality, fit and sizing as an item increases in price.

By positioning an $18 lingerie set as a $46 one, those expectations are potentially being tampered with. That has profound - and depressing - implications for how consumers may view the industry in general and, in particular, the trope of "overpriced lingerie."

I'd like to hear what you all, as lingerie shoppers, think of cases like this? Are you unbothered, especially if, as the saying goes, "Ignorance is bliss?" Or would you be disappointed to discover you could have found this set for much cheaper from another retailer? Do you believe markups significantly over the recommended retail price are deceptive or is that just a part of doing business in this day and age? I'd love to hear your thoughts.