The "Made in China" Bias: Is Made in the US/UK Lingerie Always Better?

Today's guest post was written by Emma Parker, Founder and Director of Playful Promises, a UK-based lingerie label known for trendy designs that manage to be vintage-inspired yet thoroughly modern. 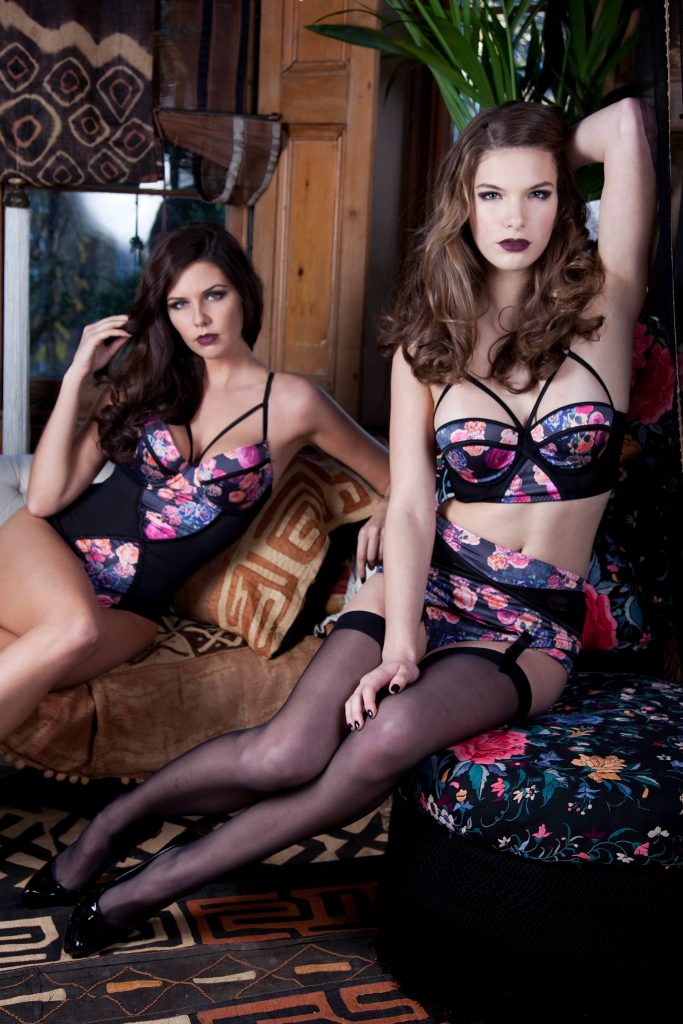 Some time ago there was an article on the Lingerie Addict that raised some concern in me. It was well-meant and intended to help people make better ethical choices when purchasing lingerie. However to me,  it read as a list of ‘Made in the West’ brands, which I worry is a way of US and Europe-based brands exerting a type of cultural superiority over skilled workers in economies like India, China, or Mexico.

Going further, I believe it's false to assume Made in the UK or Made in the US garments are inherently better, and that this idea helps maintain a status quo which asserts an inherent inferiority to non-US, UK, and EU produced goods.

The 2013 disaster at the Rana Plaza Factory was tragic. It was a textbook case of greed over humanity, and rightfully chills most of us to the core. It made many people aware of the need to ask about ethical production in fashion. However, great care must be taken to not say clothes produced in Global North are good while those produced in the Global South are bad. The real situation is far more complex. 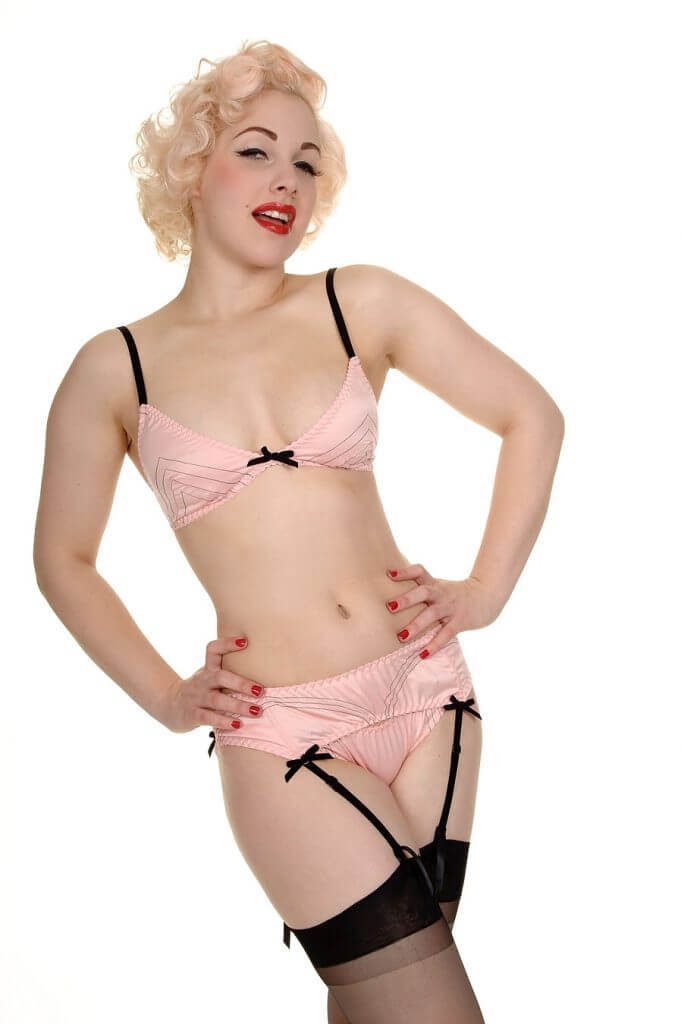 My brand, Playful Promises, has been manufacturing in China for around ten years now. My company also designs and manufactures undergarments for numerous "high street" or mass market retailers. At Playful Promises, we take strong action to ensure the factories we use operate within acceptable ethical guidelines. The main code of practice for these guidelines is the Ethical Trading Initiative (ETI) Base Code.

The ETI Basecode is based on the International Labour Organization's Conventions and Recommendations, and it covers such things as fair working hours, rates of pay and the right to form unions.

Third party companies such as Intertek and SGS perform ethical audits to make sure factories are compliant with the ETI Basecode, thereby ensuring these reviews are independent. The main purpose of these audits is not to pass or fail factories in a way that could shut them down and take take away people’s livelihoods, but to work with factories on benchmarks and plans that will help to make them better employers and suppliers. 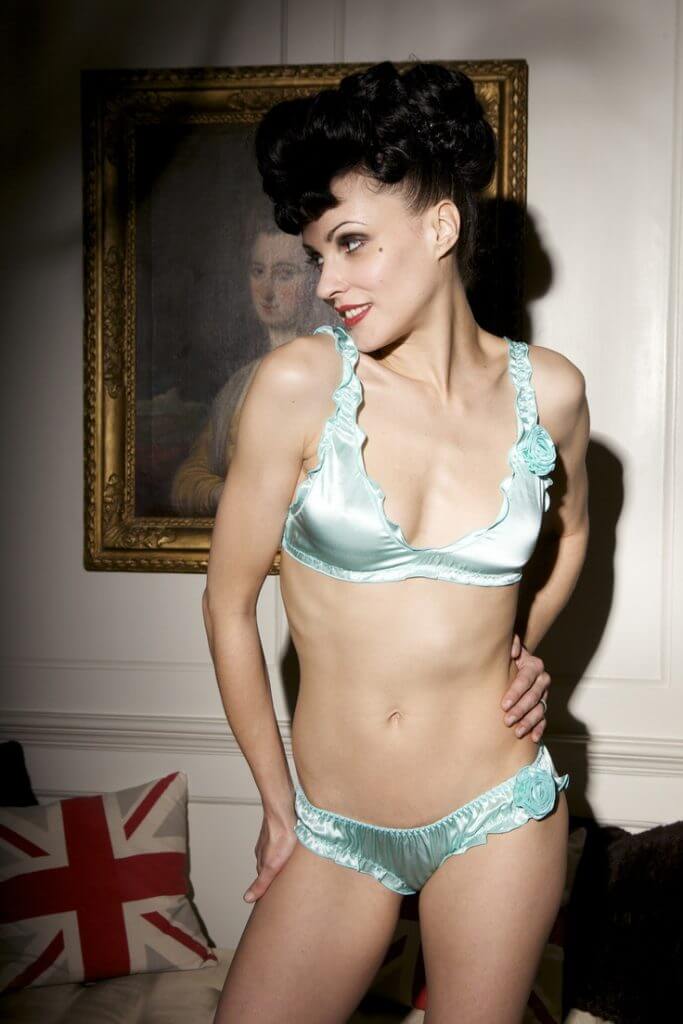 My main production experience is in China. And making garments in China does not mean they're inherently "bad" or low-quality. Playful Promises does not own the factories we work with. Instead, they're owned by Chinese people, and we sub-contract our orders to them. Most of our factories are smaller, with a staff of less than 40 workers.

For the last 12 years, I and my team have traveled to China regularly, usually between 3-6 times per year. In addition to the fun things like designing, sampling, and sourcing, we also review factory audits and make sure our factories are complying with extra health and safety measures such as providing metal gloves for workers who cut fabrics and having a metal and needle policy on-hand (so that you, the consumer, do not accidentally receive sharps in your undergarments).

Whilst I generally believe the ETI Basecode is a force for good (and for big factories, it usually is), it can also feel like an exercise in the most awful form of cultural imperialism to be marauding around factories in China telling them that they should run their companies the way we would be required to in the UK. Many of these external regulations take no account of differences in working patterns. Nor is there any attention given to differing cultural attitudes around work commitments and employment contracts. I’ll give a couple of examples to highlight these points. 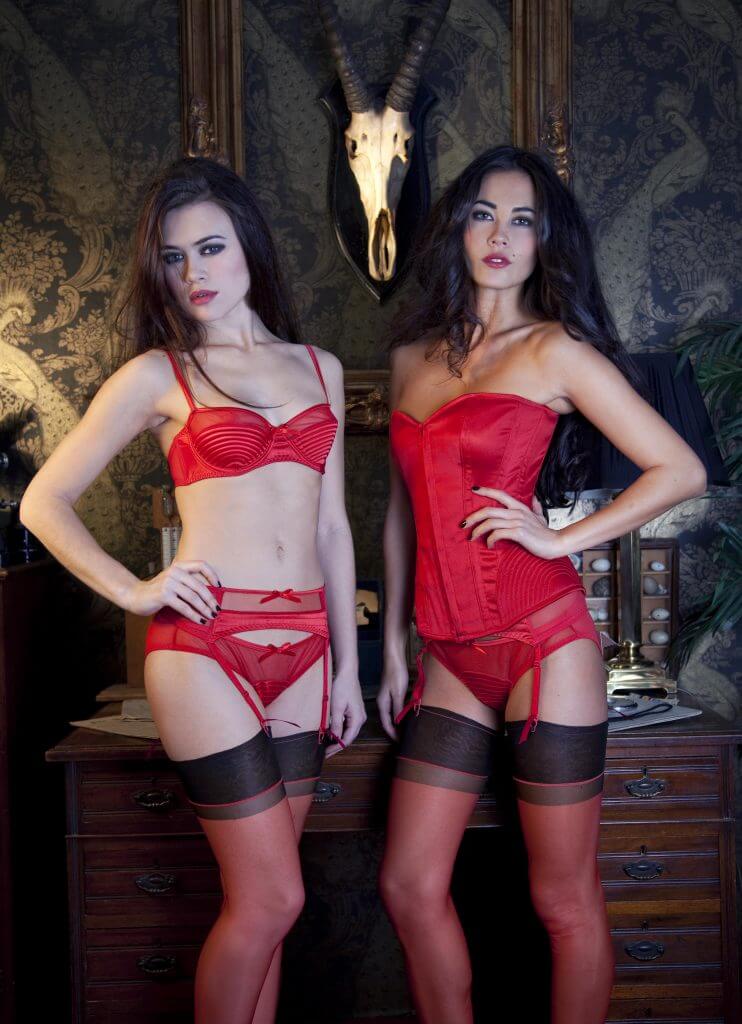 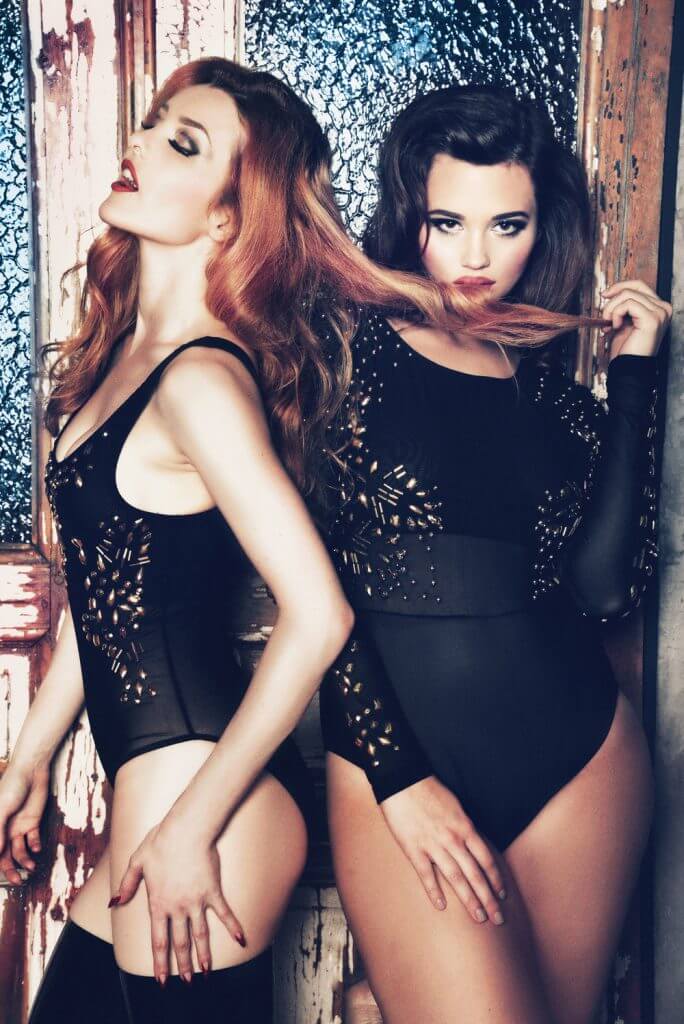 On a more personal level, it is quite insulting to Chinese factory owners to suggest they would abuse their staff if I or another Western company wasn’t there to monitor them. I often find myself apologising and attempting to explain that it's part of my responsibility to my customers to make sure the work place is safe. Yet I can't help but imagine how I would feel if I was selling my goods to a company in China and they kept stopping by to check my office every 3 months to make sure I wasn’t abusing my employees and colleagues. I would be outraged - as would most Western companies.

The next point this leads me to is pay. In the factories we work with, everyone earns above the national minimum wage set by the Chinese government (which is a living wage that varies by region of the country). The lowest paid workers (those earning exactly minimum wage) are performing relatively unskilled tasks like attaching hang tags to garments and packing them in polybags. Most sewing workers earn around two to three times the minimum wage and a skilled pattern maker or production manager earns 4-6 times the minimum wage per month. 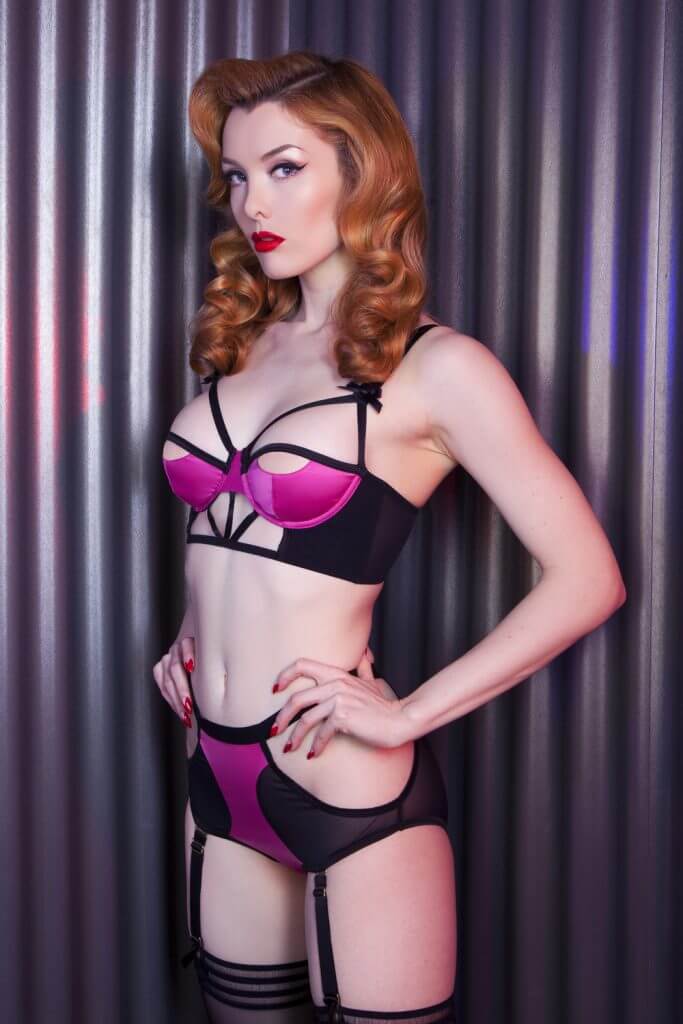 Interestingly, lingerie manufacturing has evolved very little in regards to automation and all goods are made literally by hand. The definition of handmade at this point is a marketing term that simply means one person finished the garment from beginning to end, often on a sewing machine.

However, all lingerie is - even garments from China - is made by hand by skilled individuals with sewing machines. And while I'm not suggesting ‘Made in China’ lingerie is equivalent to artisan-made lingerie, there is still an undeniable level of skill involved.

Also, it is worth remembering that garment employee experiences in the West are not universally positive or ethical either. A recent study found garment workers in Los Angeles made as $3.80 per hour, which is almost a third of what is required by law in the state of California. 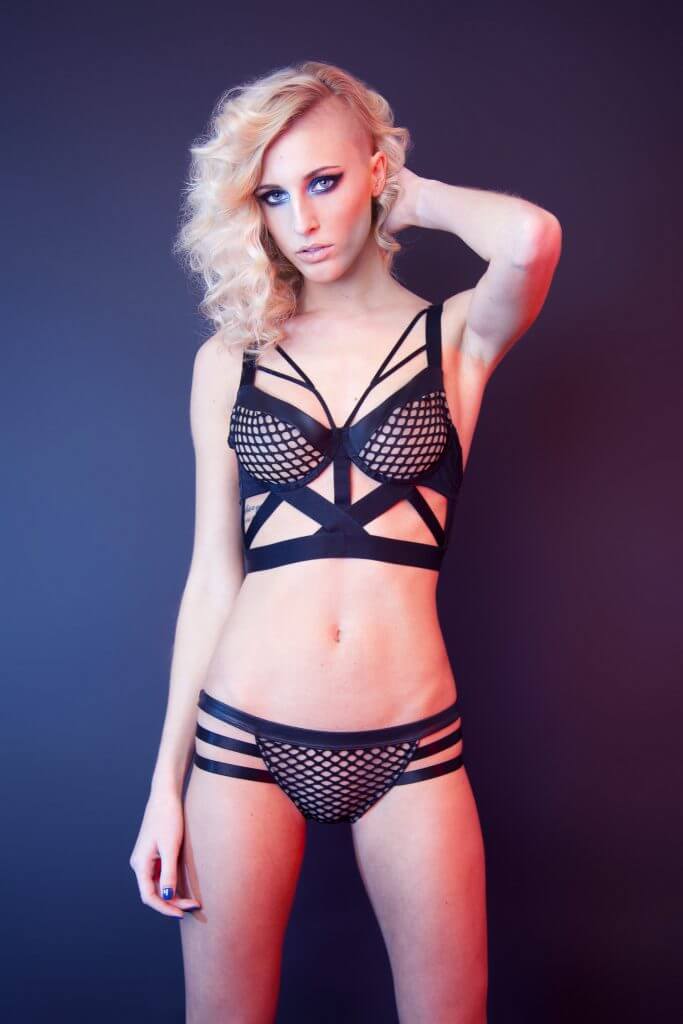 At the end of it all, what I'm trying to say is that it's worth questioning yourself if you blindly put faith in the ‘Made in the UK’ or ‘Made in the USA’ labels. There are good and bad employers in every country. There are many skilled workers in every country. And skilled garment workers in companies like China don’t deserve to be considered inferior simply because they're located in China.

Perhaps the best way forward is encouraging more transparency in the supply chain so that we as consumers can know which brands and manufacturers are committed to producing quality goods with workers paid a fair wage - no matter where in the world they are produced.