Trans Lingerie in Kansas City: The Launch of All is Fair 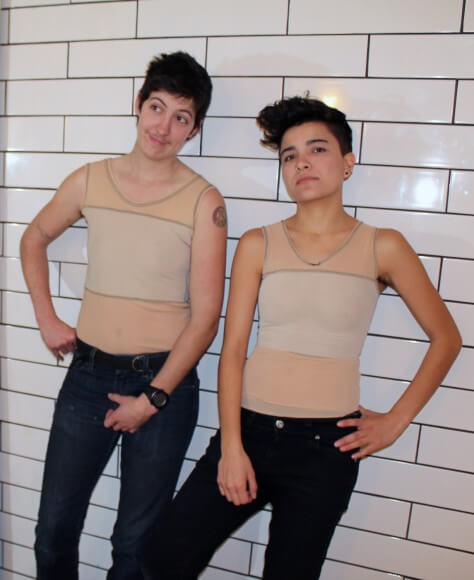 Models wearing the new binder designs.  All photos via All is Fair.

In January All is Fair, the first lingerie boutique specifically for trans people, opened its doors in Kansas City. It opened with a small party with pool floaties scattered around on a floor built to have the color and tone of deep water. It was a celebration of months of work: a successful Kickstarter campaign, a complete overhaul of the storefront space, and most crucially, the completion of the first batch of designs created specifically for the shop. The launch is a benchmark, and a big one. But it does not mean that things are secure for All is Fair. 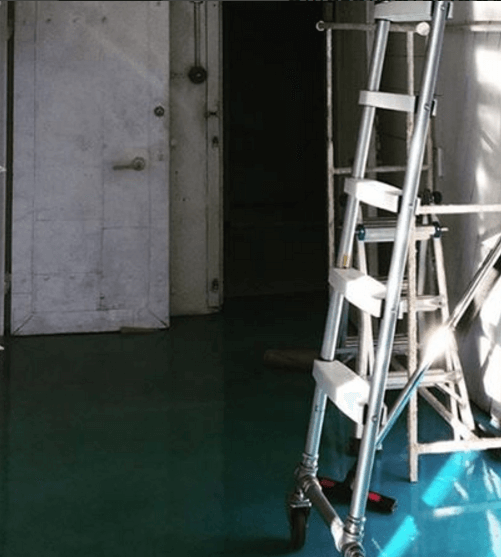 The pool-like floor of All is Fair's new storefront.

In the weeks that have followed, most of the work for All is Fair has been behind the scenes. The store is currently open mostly by appointment, and has taken perhaps four or five consultations in a few weeks and sold primarily t-shirts. Store owner Peregrine Honig spends most of her time at her other boutique, Birdie’s, also in Kansas City. The store manager, Jenna Squires, takes construction jobs to make ends meet.

“Things have definitely slowed down. I’ve been taking work elsewhere,” said Jenna, speaking with me on the phone as she drove from Kansas City to Saint Joseph. “It’s not self-sustainable yet...we’re flying by the seat of our pants.”

In fact, everyone associated with this project is working a day job, including designer Christian Squires, who dances professional ballet in San Francisco. But the people who conceived All is Fair feel that great things are still coming for this conceptual boutique with a crowdfunded budget. 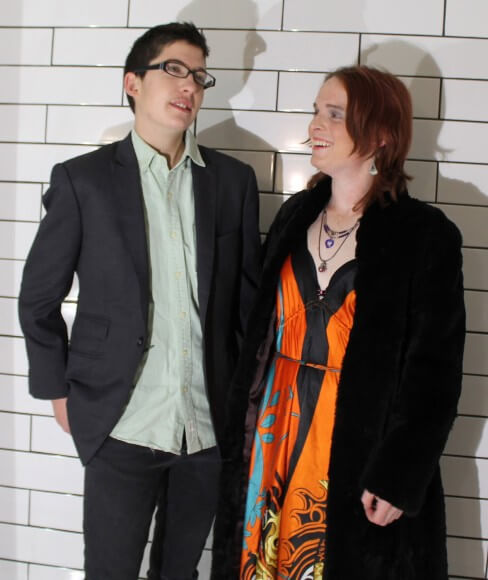 Jenna, the store manager (right) photographed with Dani, one of All is Fair's models.

The shop is still in a state of flux. Currently the store stocks two different designs of chest binder, an item primarily for transmasculine people. They are still working on developing garments for trans women. Prices have not yet been set on pieces; the price Jenna quoted me for a binder was “somewhere between $50 and $150”, and currently the majority of the binders manufactured have been promised to the Kickstarter backers who helped support the creation of the garments. Christian does the sewing himself, making the work slow.

“I don’t want to produce anything that isn’t produced ethically,” Peregrine says. “At the same time I want our designs to be available to a community that isn’t wanting to spend copious amounts on something that’s still in an experimental stage.”

While the store is waiting on sales, designer Christian Squires is working on developing a few more pieces, including gaffs: panties designed to help trans women tuck, or compress, their genitals. The kind of stretch fabric that the designs require is not available for wholesale in the midwest and must be ordered from New York or California, making the Missouri location an obstacle to production. And prototypes take time to develop, and must be tested by multiple people before any design can be guaranteed to work. 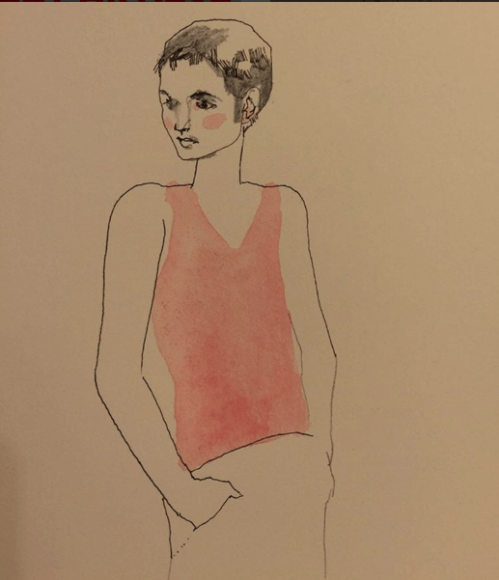 An early illustration for one of the brand's new binders.

But for Jenna Squires, it’s all worth it. A trans woman herself, she was hired by Peregrine to be a manager. She quickly became instrumental to the project, from working to establish a supply chain to completely refurbishing the interior of the All is Fair storefront and laying the new floor. She says that she’s pleased to be doing the work, which she feels is meaningful.

“[Peregrine] had enough faith and confidence in me to say ‘I’m gonna hire you’,” Jenna says. “It seems to have worked out that I’ve filled the needs of this business...I finally feel like I’m doing something great.”

There is a fundamental obstacle to the success of All is Fair, and that is pricing. Currently it is unclear how much the store will be charging for these garments, but chances are good that they may cost over $100 -- a price that may be outside the range of many trans people. Jenna takes the view that the garments will be worth the cost of they work properly. She likens high-quality trans undergarments to something she is more familiar with: carpentry tools.

“I buy a lot of tools and I will spend more money on a tool that is more durable and will last longer, rather than buying some janky thing that will fall apart after two or three swings,” she says. “We have this sense that all clothing should be that cheap, but I don’t think that’s so.”

Still: All is Fair is attempting to make luxury handmade lingerie for a population that often struggles with poverty, and Peregrine and Jenna are concerned that their meticulous and slow production model will mean that their prices will be higher than they would like. They are weighing options for varying pricing of garments according to customer income, and their accountant has suggested that they look into becoming a nonprofit. At the moment, anything seems possible, but what course the store will actually take remains uncertain. And in the meantime, they are keeping the lights on at a physical storefront that may not end up being as profitable as an online boutique. 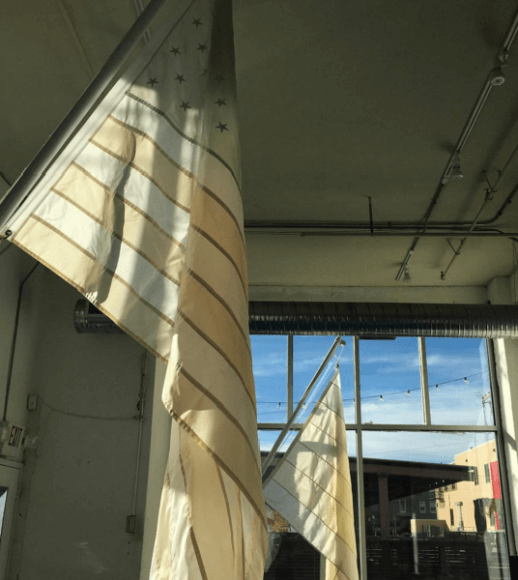 Soft pastel flags wave inside the All is Fair storefront.

At the moment, the story of All is Fair has no definite ending. Peregrine and Jenna are attempting something big, and have big obstacles as a result of that ambition. After the crash and burn of Chrysalis, an online-only lingerie brand for trans women, it's a little difficult to believe that this broad-sweeping, luxury experience oriented brand will be able to get off the ground. And I worry a little about the founding of a trans business by someone who is not trans herself. I think it's very possible that may make it difficult to anticipate trans people's concerns, so I hope that Peregrine will stay very closely in touch with the trans community.

The success of this business would demonstrate that supporting trans people is a viable move for lingerie companies in general. However, in order for All is Fair to be a success, it has to do two things: first, it has to serve the community that helped launch it, and second, it has to survive. Talking to Jenna, frankly, is what makes me think that All is Fair might stick. Her pragmatism may carry the day for a project that otherwise feels highly conceptual and uncertain. Over the next several months as new products are put into circulation, as Jenna and Peregrine explore options for larger scale production, and as customers discover the store, that uncertain future may solidify into something that can last.