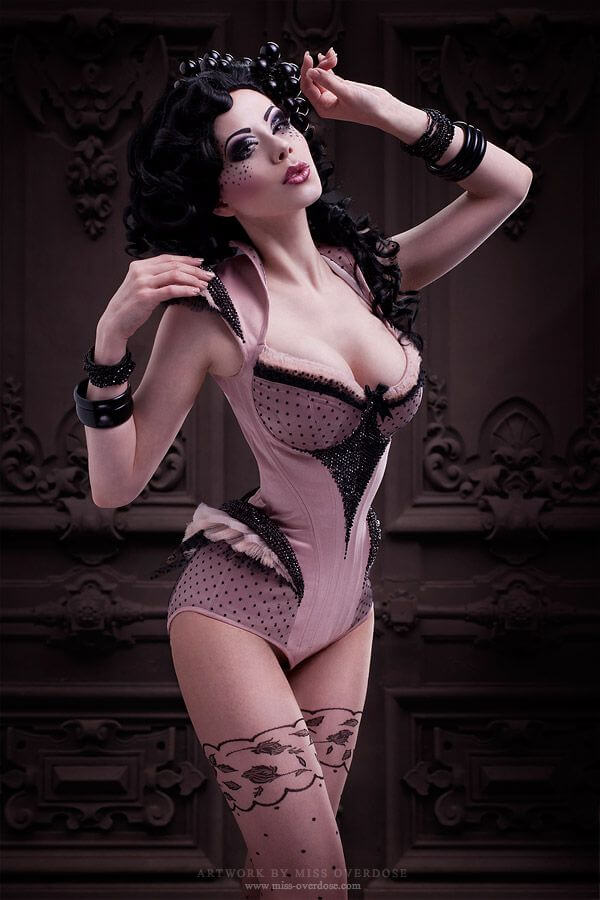 I first became aware of hip fins on corsets via Sparklewren, though there are quite a few couture corsets (particularly corset bodies) that feature them. Though "hip fins" has become the commonly accepted name for them, I like to think of them as miniature panniers; they could also be considered a sort of floating gore or a stiffened semi-peplum. This detail generally parallels the iliac crest and emphasizes the dramatized hip spring. 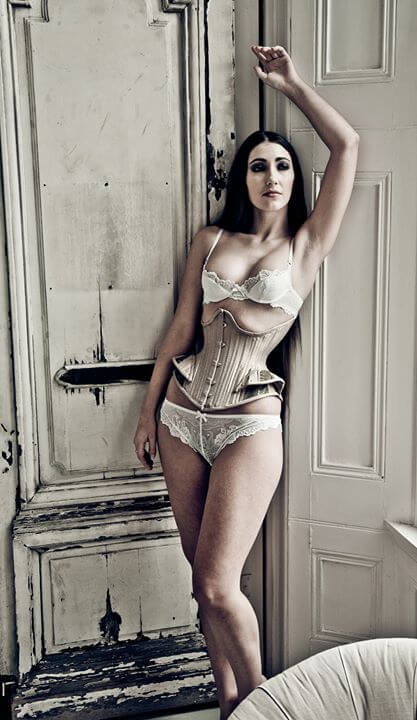 This creation by Sparklewren was that which originally introduced me to the hip fin concept. I was so in love with it that I ended up buying the sample! The line of the top shaping of the corset also leads the eye towards the beautiful waist shaping and accented hip. 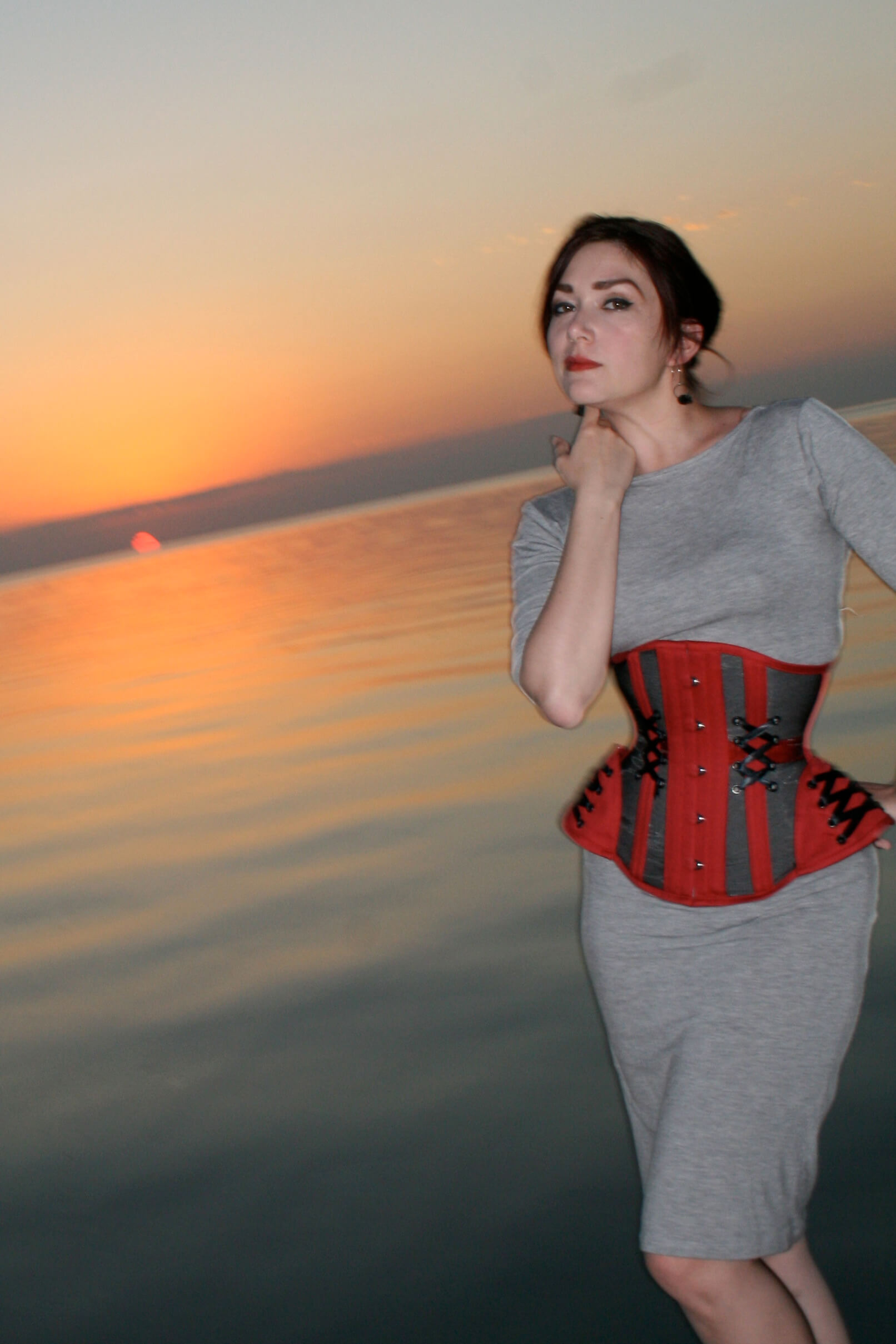 When I saw the photo on Facebook, the texture of the alligator leather looked (to my eyes) like a lacing detail. After talking to Jenni of Sparklewren and learning it was, in fact, a textured material, I realized I was projecting a very Pop Antique-esque design concept. I promptly executed it in the form of my "Flirt" cupped corset, which also has complementing waist lacing detail on the front bone casings. After the initial sample, I decided to make the baby panniers detachable in the name of versatility, as shown on the "Tease" underbust above.

Of course, one cannot discuss hip fins in corsetry without mentioning the incomparable Neon Duchess. Corsetiere Hannah Light has made this detail something of a signature, playing with layered fins in varied fabrics and textures, adding beading, and even incorporating an exaggerated floating hip spring into the body of her corsets. 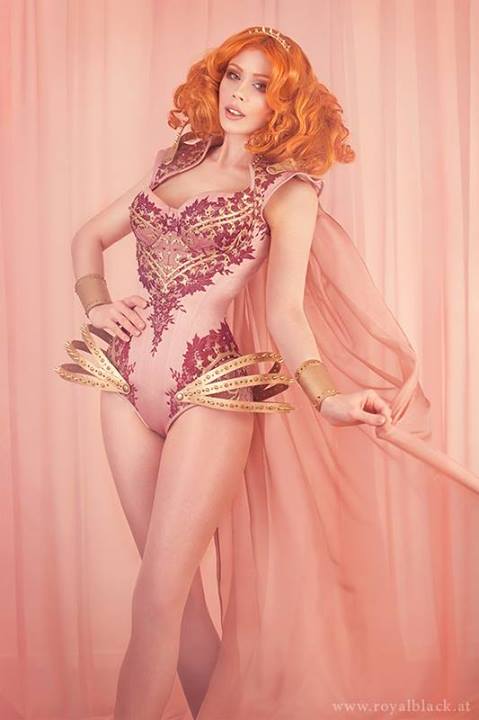 As well as the beautiful "Pink Fairy" corset at the top of the page, Royal Black has many designs featuring hip fins. The Empress, shown directly above, is one of the newest designs from Royal Black. Its spiked semi-circles float in a manner that is even more exaggerated, anchored only at either end, lending an almost automotive feeling to an otherwise very feminine style. 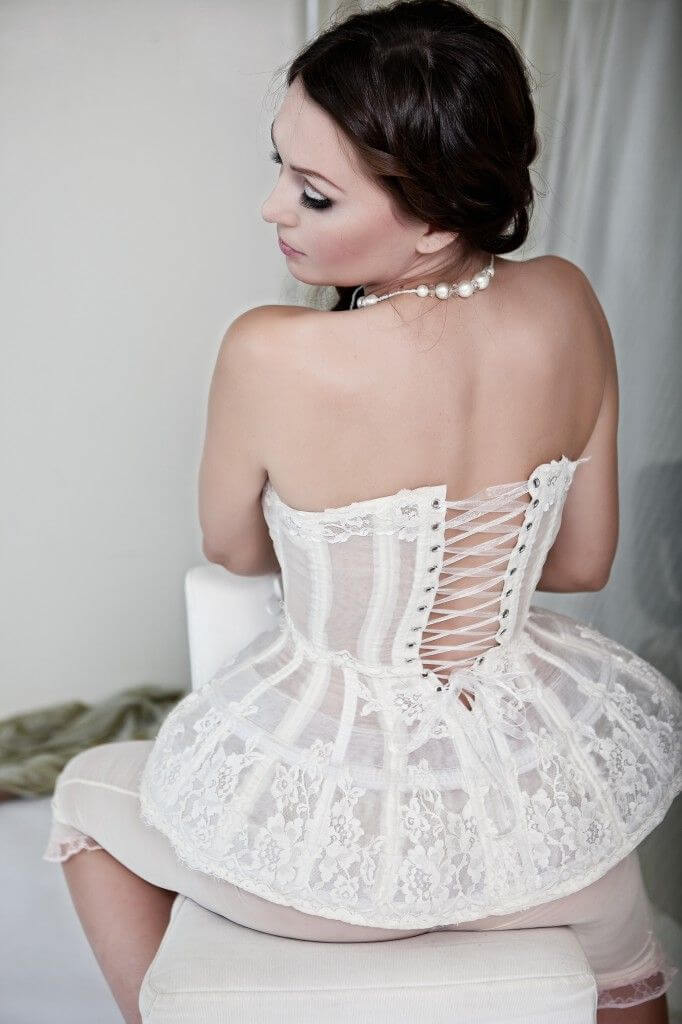 Though the above style by Jane Woolrich Lingerie is only a very light corset, clearly not intended for any particular shaping, I do find its stiffened, wraparound peplum notable. This design is particularly reminiscent of a miniature pannier or crinoline rather than the more minimal fins. 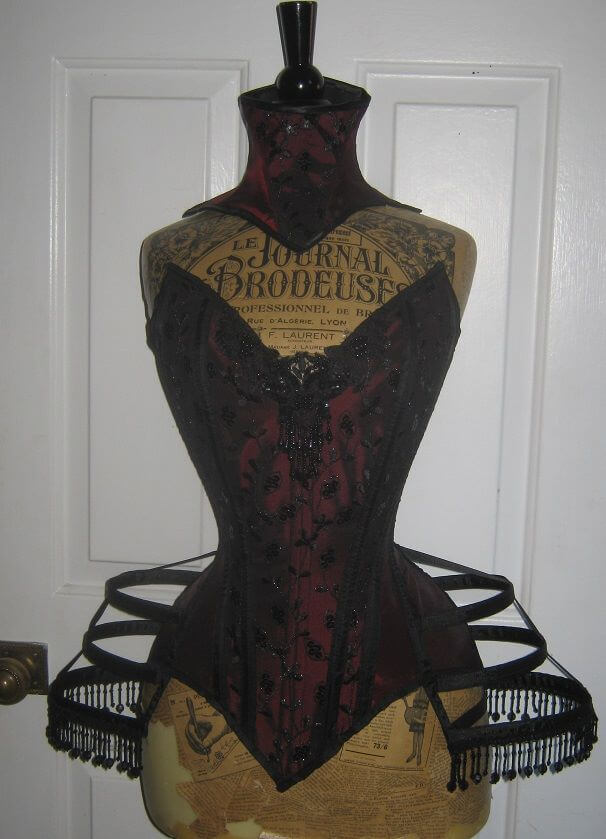 Wyte Phantom has made several corsets with miniature panniers built in. Notice how the frame of the panniers is a continuation of the bone channels. Wearing panniers exaggerates the sway of hips whilst walking, which will only be further emphasized by the dangling beaded trim along the bottom edge. 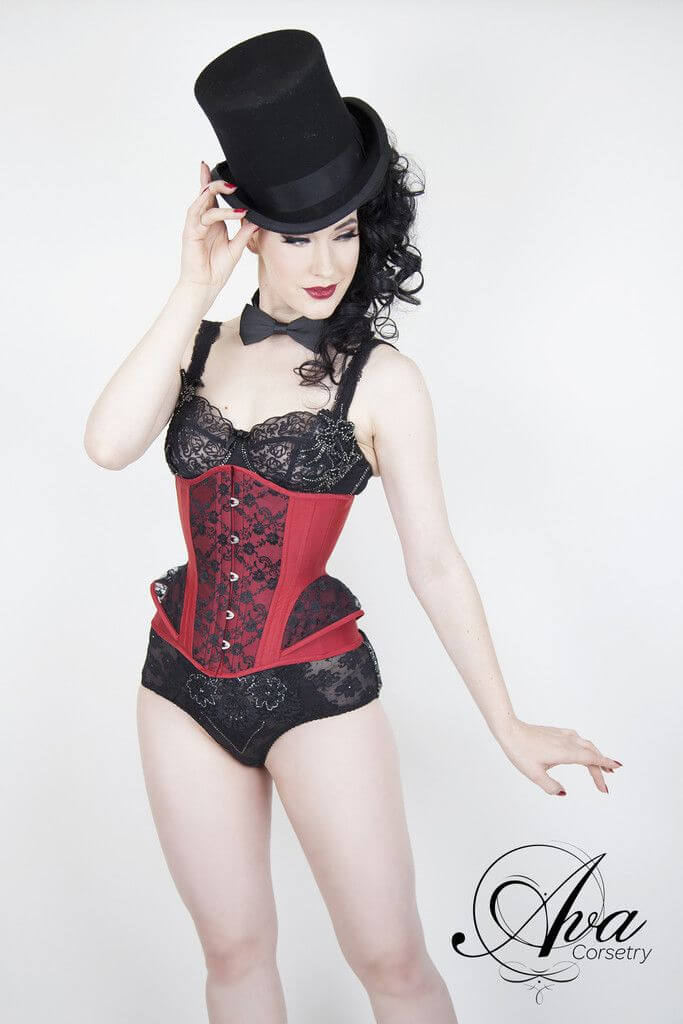 "Carmen" by Ava Corsetry styles its hip fins with sheer lace, held rigid by boning. This style is limited edition, available in sizes 20-28". 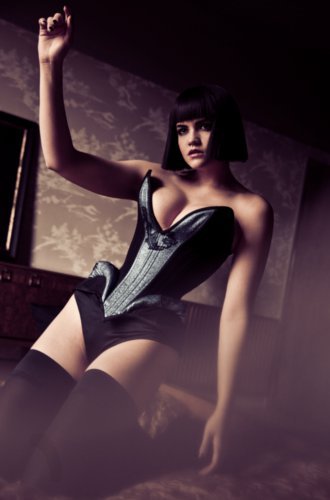 What do you think of the hip fin style?  Do you have any corsets with floating hip detail? How do you style them?