Diversity is More Than a Bra Size: What It's Like to Be a Woman with a Disability in the Lingerie Industry

Diversity is More Than a Bra Size: What It's Like to Be a Woman with a Disability in the Lingerie Industry 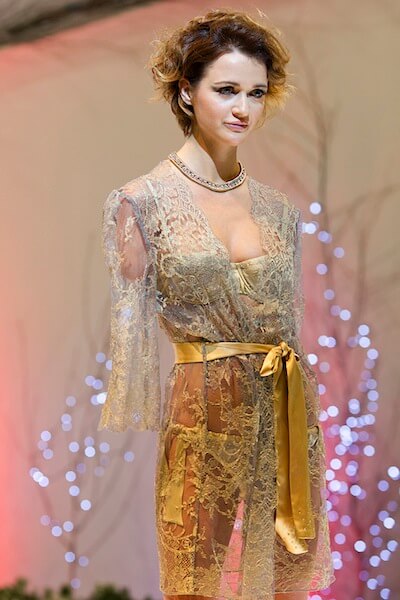 Today’s guest post is by the founder of one of my favorite lingerie brands --- Catherine Clavering of Kiss Me Deadly. Catherine started Kiss Me Deadly after her disability made it difficult for her to work in her chosen profession of psychology. In 2012, Kiss Me Deady won a UK Lingerie Award in the category of Favorite British Lingerie Designer. If you want to keep up with Kiss Me Deadly, you can follow Catherine on Facebook, Twitter, and Tumblr. This article is the third in an ongoing series on approaches to diversity that aren't frequently talked about within the lingerie industry.

Of all my disabilities, the one that means I can't wear knickers is probably the most blackly hilarious, when you consider that I run a lingerie brand for a living.

It's far from my only disability, which is why this is my 57th draft. I began with a more educational format, then realised that was disingenuous. There are so many forms of disability --- mental health, sensory, learning difficulties, chronic illness, neurological problems, genetic disorders, injuries, limb amputations... all the way through to just plain getting really old. I can't tell you much about most of them. And if I start on a comprehensive explanation of my own, I rapidly end up at a very unfunny 5,000 words and me in a slough of despair, because I habitually partition my health into manageable chunks.

So here's the abstract, followed by how my disabilities affect my relationship with the world of lingerie.

I've got M.E/C.F.S (otherwise known as Chronic Fatigue Syndrome) which means I'm perpetually knackered, in pain, brainfogged, hypersensitive, migraine-y, sleep disordered, and grumpy. Wait, no, I've always been grumpy! I'm pretty certain the rest of them are symptoms though, plus a bunch I left out. It gets boring.

I also have I.B.S., which is as grim as you can imagine for a digestive problem, and Lichen Schlerosus, a painful genetic, auto-immune skin disorder of the genitals. In addition, I have vulvodynia (chronic and acute genital pain. All the forms of it, plus a few rare ones), and a hemophilia-type blood disorder called  Von Willebrands if you're a mature, sensible adult (or "Von Willywotsit" if you're me).

I say disabled rather than sick because I can still do most things if offered the right circumstances and enough time (plus also some chocolate and painkillers). I've been sick for 10 years, and I'm lucky that I've found a way to work and live with it, at least so far.

Was any of that what you expected when I say I'm disabled? 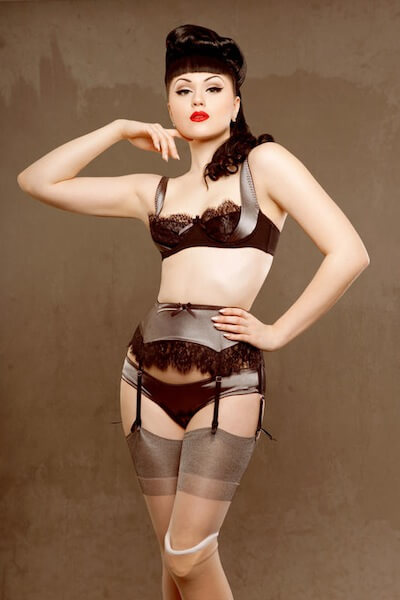 Viktoria Modesta for Kiss Me Deadly

If you mention disability in lingerie circles, or fashion circles, or most of the western world, for some reason most people start talking about wheelchair access. But not only are people who use wheelchairs a small proportion of people with disabilities (< 8% in the UK), visible disabilities of any sort are the minority.

You might be saying, "But fashion is a visual industry, of course we would represent disability visually." However, there are two problems with this:

Yes, that could have been me. Because I look fine, I really do... especially since I discovered that blusher is the key to looking energetic (not concealer), and I'm usually wearing about two inches of make-up with a fine layer of modafinil, caffeine and painkillers at events. And I'm thankful for it, because it means I can avoid the increasing harassment those of us with visible disabilities are facing.

But it doesn't mean I can do everything you do. I'm walking up those stairs slowly because each step hurts, and I'm already out of breath, and I'm not entirely sure where the steps are, and my balance is terrible, and I wore heels (which are great camouflage for why you don't walk, but a terrible idea when every trade show venue has three flights of stairs to the toilets).

I've stopped in front of you because I'm overwhelmed by the messages my own body is sending that Everything Is Wrong, and I probably don't even know I've done it. I'm using that chair or that space because if I limit the amount I do, I have a hope in hell of making the stairs or the entire way round the shop, maybe even at a reasonable speed!

Different people have different problems and need different things. You don't know from looking at us what's going on inside. And we all know this, because how many times have you shown a mask to the outside world?

While we're on the topic of photography and image: it may no longer surprise anyone that I am absolutely and utterly opposed to anyone thinking they can judge someone's health from their appearance, or that making anyone feel ashamed of any aspect of our bodies is in any way health promoting. Nor will random people saying “but you look healthy!” or “you're still very sexy!” in any way improve things. A pox on thee!

So that's the whole of the fashion industry dismissed relatively rapidly... but what about the specifics of underwear?! I mean that's what we're really here for, right? 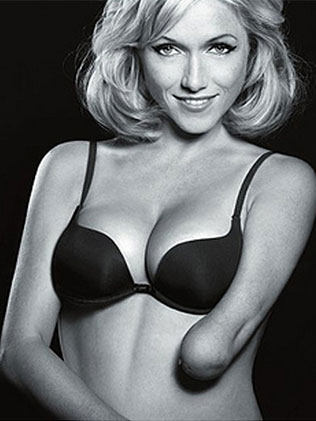 Generally speaking, I've given up wearing lingerie. But then, I've largely given up wearing anything that isn't basically loungewear, so I'm hoping no lingerie designers take that personally. I have a special issue with bras and knickers.

With bras, my problem is the obsession with this abstract notion of a good fit, namely, that someone else looking at you can decide what size you should wear. If I am standing in your shop and trying on bras I do not want to fight with you about how I “should” be wearing a band size down or a different cup size or whatever. I'm a cup size different one week out of every four (though, to be fair, this was true before I was ill).

Mostly though, it's not up to you. You aren't the person who will rapidly develop a band of pain neatly mirroring the bra brand, nor the eczema at particularly tight spots. My breasts will hurt whatever I get, whatever size I am at the moment, because they hurt, because everything up to and including my damn eyeballs hurts. And I don't want to explain all of this. I just want to buy the thing I like and go. I wear my bras for fun, for effect, and for a certain look. I don't wear them for support or a perfect fit because it makes no difference to my health, so I'm going to leave it off my very long list of things to worry about.

My issues with knickers stem largely from my vulval (genital) pain. About 16% of women experience vulval pain at some point in their lives, though happily it goes away for most of us. Lichen Schlerosus is much rarer, but whether your pain is short term or long term, the first thing that you discover is that anything touching your genitals aggravates the pain.

A seam in your crotch is like a cheesewire covered in sandpaper. Thongs are instruments of torture. Don't even talk to me about knickers with tight elastic on the legs, or god help us, a non-breathable fabric gusset. Since I developed hypersensitivity too, I've become insanely delicate about leg shapes, gusset width, waist bands, scratchy labels, and all sorts of other things.

Since giving up knickers, I can tell you that there are four main reasons to wear them again:

If I ever give up Kiss Me Deadly because I have made so much money that I can enact my Scrooge McDuck fantasies and just start pushing it around with a small dump truck, I'm going to start doing a range of knickers for special health issues. Predictably, I've spent some time with my gynecologist talking through the things she sees people wishing for (different widths of gussets is a major issue, as is said elastication level thereof), but for some reason this sort of thing does not get the same level of publicity that breast pain and bras do... even though a huge number of women have vulval pain or other genito-urinary issues.

I can only ascribe this to the distinct lack of "sexy" involved in the topic. The OBSESSION of the lingerie industry with making everything sexy --- in a very limited stereotype of sexiness --- is starting to become a huge bugbear for me.

Which leads me into when I do need knickers, which is when I have a period. I can't be doing with inserting things, and I bleed like it's a superpower. I need knickers that are comfy, that pads fit round sensibly (rather than the wings getting scrunched up and tangled), and that can cope with serious flow. Also, that can go in the washing machine and dry fast.

I do not need to be sexy. For starters it's not my knickers that make me sexy, thank you very much. Nor is it my stockings, in spite of their associations, as I also wear them for practical, gusset-free reasons. Sex is great, but realistically, in a choice between flattering black lace bikini cuts and something that fits a pad neatly, I'd go for the latter every single time. 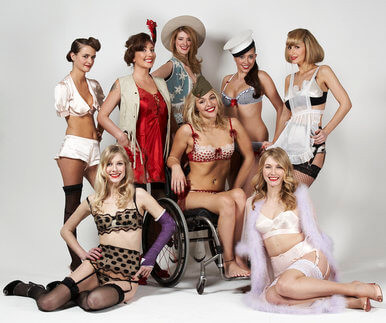 So what would I like to see from the lingerie industry? Well, not soft bras and allegedly patent pending pants, oddly enough.