Breast Cancer Awareness: Why I'm Ambivalent About 'Buying Bras for the Cure' 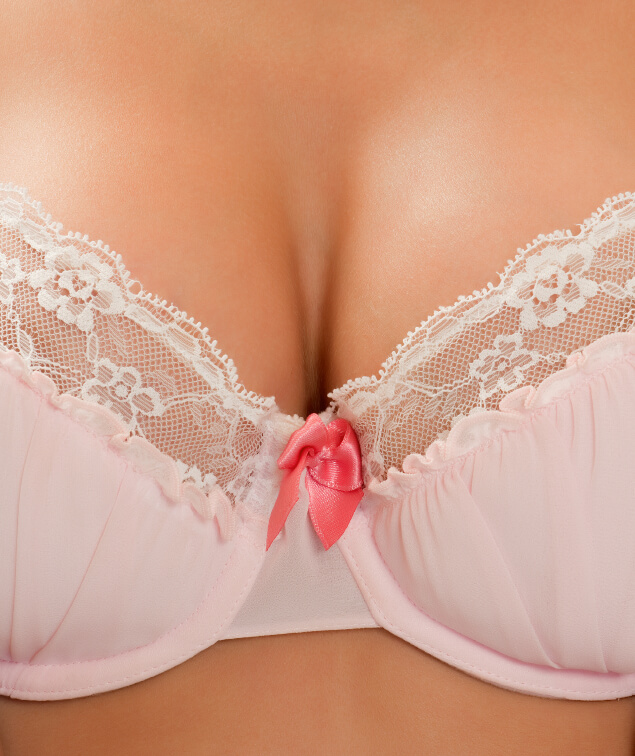 But you already knew that. Because everything's covered in pink right now. Pink ribbons. Pink shirts. Pink mugs. Pink lipstick. Pink purses. Pink guns. Pink footballs. And, of course, pink lingerie. There's even a name for this torrent of pink that happens around this time of year: pinkwashing.

Now, I'm about to say some things some people probably won't like in this post, so I want to clarify a few things right off the bat.

So now that that's out of the way, let me get to heart of what this post is about:

If you want to support a non-profit that focuses on breast cancer, please consider donating directly to that non-profit... instead of using an intermediary like a for-profit lingerie company.

And I'm bothered by that. Breast Cancer, an actual disease affecting actual people, has become just another marketing opportunity... one with little-to-no accountability and tenuous ties (at best) to the larger research and support community.

As someone who worked in the non-profit industry for eight years, I understand charitable organizations truly need all the help they can get. Your average 501(c)(3) is not exactly swimming in excess donations. I know every single dollar helps, and I don't want to minimize that. But if only 2% or 3% or 4% of the purchase price of what I'm buying is going to the cause, then I have to ask myself (personal, not pointing fingers here), "Is there a way I can be more effective with those dollars?"

Like I said, this post isn't about telling you what to do with your money. People should spend it how they want to spend it. But if you are going to purchase from a brand or retailer that's using Breast Cancer Awareness language, please do your research beforehand. Look to see if they're actually donating to a non-profit. Look at how much they're donating. Look at who they're donating to. It only takes a few minutes, but it's the best way to make sure your money is going where you want it to go.

Also, as I mentioned earlier, please consider making a direct donation. Even half of the money you might spend on a bra could go so much further if given outright to a non-profit. If you're not sure where to start, The National Breast Cancer Coalition Fund and The Breast Cancer Research Foundation are two of the highest-rated breast cancer non-profits.

That said, there are several lingerie brands disclosing how much they're donating for Breast Cancer Awareness and who they're giving it to. I've listed the ones I know of that are donating at least 10% of their proceeds below. If you know of any others, please include them in the comments so we can make this a resource for everyone. And, of course, if you have some thoughts you'd like to share, I'd love to hear them. This is something worth talking about.