Corset Care 101: 3 Reasons to Unlace Before Unbusking Your Corset 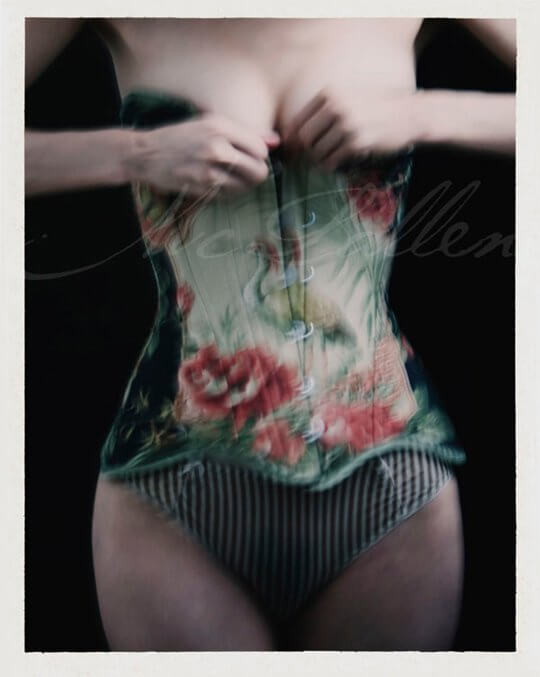 All corset wearers know (or should know, anyway) that they need to loosen their corset laces before unfastening their busk, but it's rarely explained why, beyond the basic "it's bad for the corset." I mentioned this in passing in the first post of this series, How to Care for a Corset, Part 1: What to Do While Wearing Your Corset, but saved the full rationale because I think it's important enough to merit its own post. If you're like me, those kind of tips stick much better if I understand the reasoning behind them. So without further ado, here are my top three reasons to unlace first. 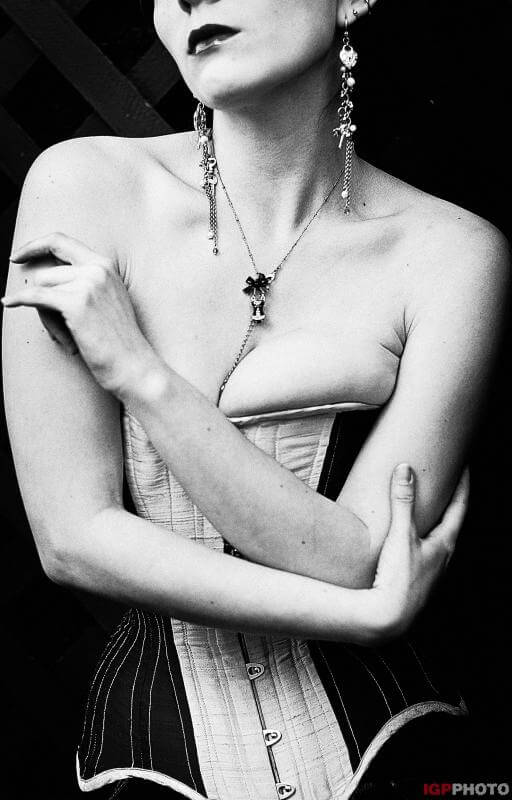 Victoria Dagger in a Blooddrop corset, as photographed by IGP Photo

1) The Immediate
It's going to be a lot easier to take your corset off if the laces are loosened. Actually, unless your corset is too big for you, it'll be virtually impossible to unfasten all the busk studs. If your corset has a swing hook closure or a zipper, you can still take it off, but be careful that you don't catch your skin in the zipper.

Kali in a Dark Garden corset, as photographed by Marianne Faulkner 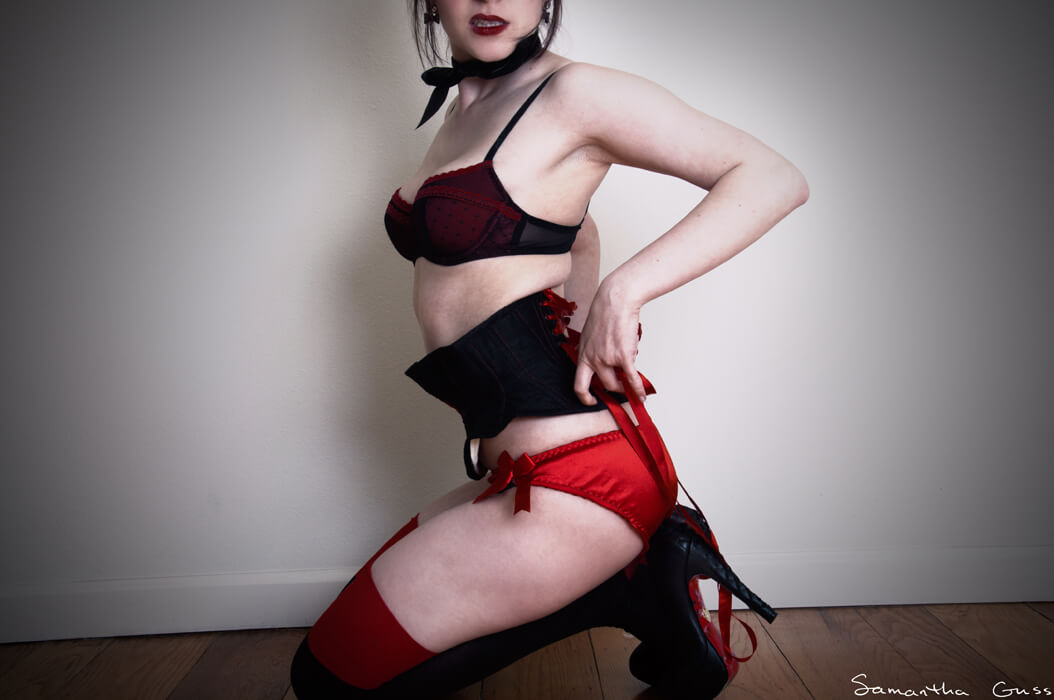 Victoria Dagger in a Pop Antique corset, as photographed by Samantha Guss

2) The Pragmatic
You're going to need those laces loose next time you want to put your corset on anyway, right? Many corset neophytes ask if, once adjusted, they can just leave the laces tied for subsequent wearings. The lacing process may seem arduous the first time around, but just like learning to tie your shoe laces you'll find it soon enough becomes simple and automatic. The tightening of the laces is what gives a corset its superb shaping ability, so skimping on lacing-in is out of the question. 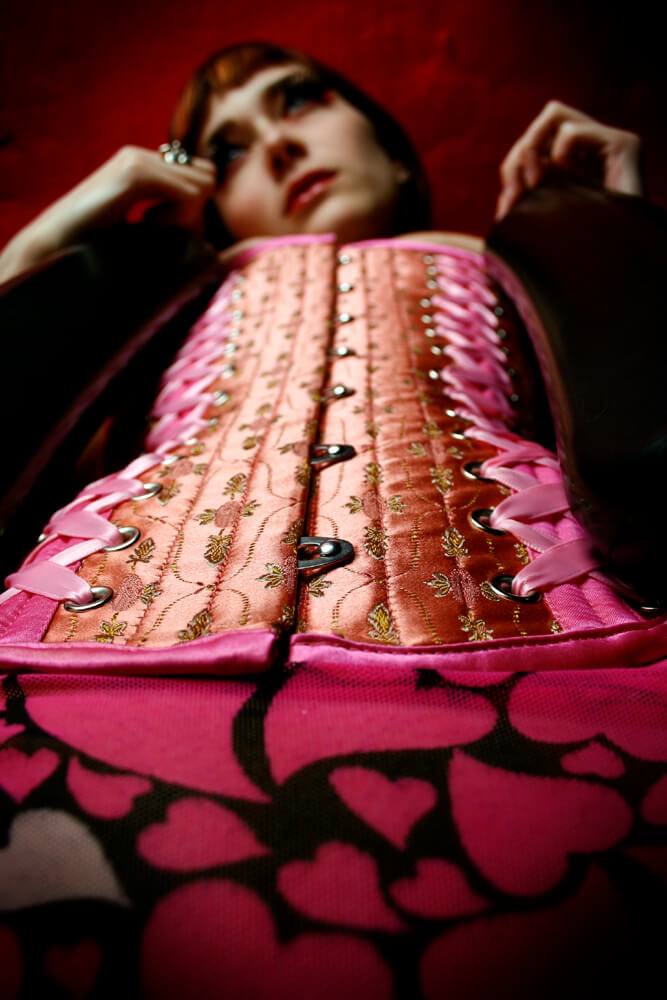 Victoria Dagger in a Dark Garden corset, as photographed by Thomas Landon

3) The Critical
The number one reason to loosen your laces is because you risk irreparably damaging the busk. With each busk stud you unhook, you are putting that much more pressure on the remaining studs. Eventually, the studs may pop off from the metal bone on which they're anchored.
Most corsets are constructed from the center front out, which means any damage along that seam line is the hardest to repair (if it's even possible at all). It's not a case of just restoring the missing stud; the entire busk (the single most expensive hardware component) will need to be replaced, which involves reconstructing either the front panel or literally the entire corset. So while you may still be able to wear your corset as long as you're only missing one busk stud, you've created damage that is both easy to avoid and very difficult, if not impossible, to repair. 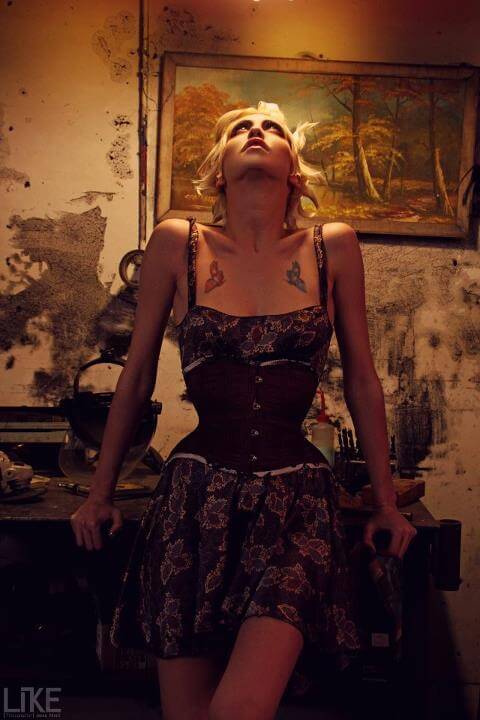 If you've been given another explanation for why unlacing is so important or have any firsthand accounts of busk damage, I'd love to hear in the comments.