Why is the Triumph Doreen Bra So Popular? A Review 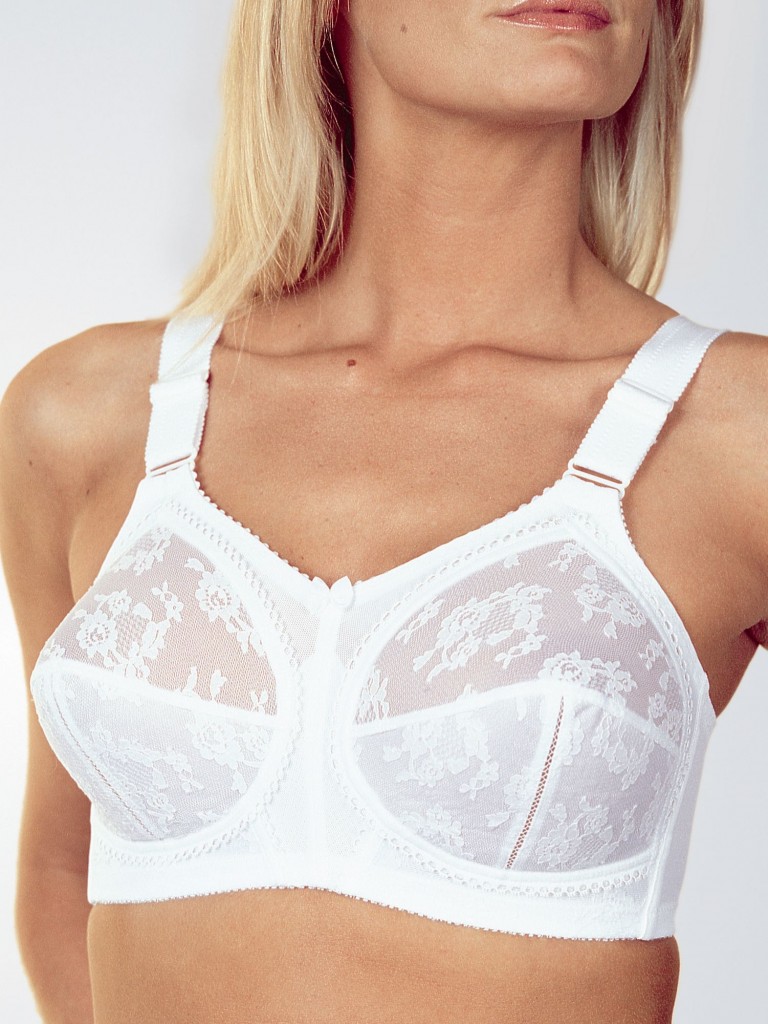 The Triumph Doreen bra was first launched in 1967, and the company claims it is the "world's best selling bra." It is a non-wired bra, yet Triumph says it offers exceptional support for larger breasts, giving lift and therefore reducing back pains and strains. It uses a split bottom cup to give better volume since the more pieces make up the cup, the easier it is to achieve a perfect fit.

The bra is made up of 48 different pattern pieces and is available up to a 48K cup. Triumph reports that the most popular size sold is a 36D. Cups are suspended on a cup frame, which keeps the cups close to the body and projects the breasts. Considering how popular Triumph says this bra is worldwide, it's surprising that you rarely see it advertised, and it’s become clear that Triumph doesn't want to talk about it.

According to Tony Jarvis, sales and marketing manager for Triumph, the company is keen to move on from the success of the Doreen, as they are doing much more work with a younger market now, which may be put off by the Doreen bra. The bra supposedly has a very loyal market, which is why I found it surprising when I couldn’t find anybody I knew who wore it. Online stockist FigLeaves conducted a piece of market research to find out who was actually buying this bra, and found that the majority of sales were made up by the baby boom generation, who are now in their late 50s and older.

I believe this loyalty to the brand is due to the fact that these women have been wearing the Doreen for many years, and are less aware of other options available to them. The baby boom generation, as a whole, is also less concerned with following current trends and fashions, and therefore are not put off by the somewhat restrictive style of the bra. It’s also worth remembering that one generation's idea of style and class is different to another. The Doreen bra is a very good example of this. Today’s fashion dictates the lingerie market heavily; thin straps and plunging necklines are all due to the changing fashion trends.

I’m surprised that a bra similar to the Doreen, offering the same amount of support and lift, has not been produced for the younger market. Research shows that the average breast size has gone up from a 34B to a 36D in recent years, showing a greater need for more supportive bras than ever before.

I have tried the Triumph Doreen bra and found that the fit was second to none. The bra offered excellent lift and good support. However, I found the very pointed breast shape that the cup projects quite dated and wasn’t something I would be comfortable wearing. Most of all, I found the bra far too restricting due to incredibly heavy elastic, which I felt was much wider than necessary in my size. I found that the cup frame sat well against the body, but sat very high up on the breastbone. This bra would not sit well under a lot of today's fashions as it simply offers too much coverage and heavy strapping.

I agree that the Doreen bra offers excellent fit and if that were the only factor, I would completely understand why this bra is so popular. But the bra's aesthetic values must also be taken into account. The bra is quite claustrophobic due to the heavyweight materials used, and therefore I can’t see many young women today willing to wear this bra.

Or am I wrong...? Have you tried the Doreen? What do you think? Share your thoughts below.