For the Burlesque Goddess in You: Dita Von Teese's First 'Von Follies' Collection for Target

While Target is in the news stateside for the circus that was the Jason Wu collection this week, they're in the news for an entirely different reason in Australia... the release of Dita von Teese's latest lingerie line, 'Von Follies by Dita von Teese.' 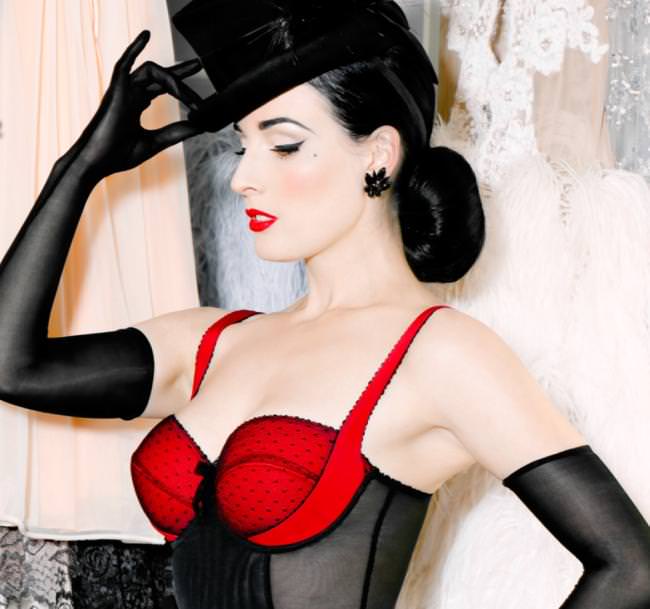 Dita's been releasing sneak peeks of her upcoming collection since November (several of which I posted to The Lingerie Addict Tumblr), and with her impeccable style and timeless beauty I've been looking forward to the Von Follies range as much as everyone else, especially considering the success of Dita's previous two lingerie collections with Frederick's of Hollywood in 2007 and Wonderbra in 2008 and 2009 (why, oh why, didn't I buy everything from these collections?).

I loved the sense of pin-up, burlesque, and showmanship she brought to her previous collections. These were pieces meant to be seen, not covered up. And a black lace overwire bra? Ooh la la! 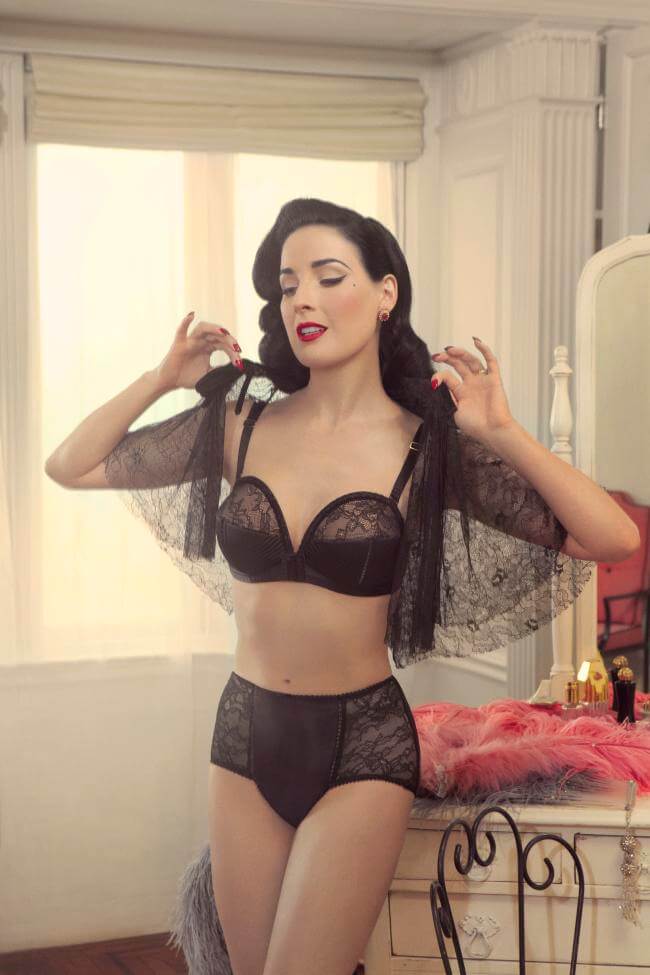 Maybe that's why I felt a little let down when I saw the first release on Target Australia this evening. The Dita von Teese brand is all about glamour and opulence and vintage styling but the pieces I saw were kind of... boring. They're all nice enough; nothing's ugly (of course). But I also feel that nothing stands out about the items Target is carrying so far; nothing makes me say "Now that is something I have to have." I think what's most disappointing is that the standout pieces from the sneak previews (like that overwire bra shown above that I was so excited about) are nowhere to be seen. But there are some positives; the lingerie is pretty, and there are a couple of full bust options. 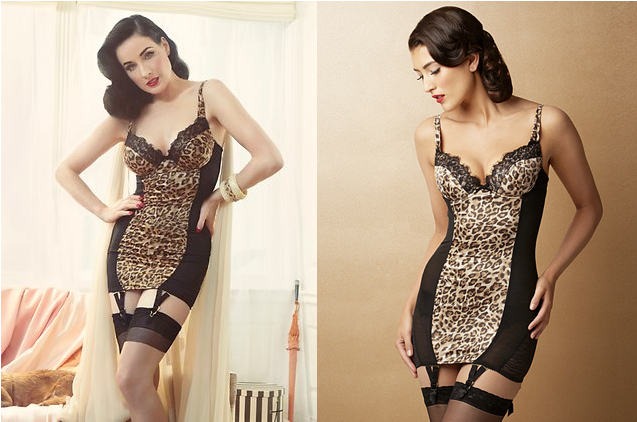 It could be that I'm looking at this all wrong. Target isn't really known for high-end lingerie; even their Josie Natori for Target collection was underwhelming (and, I think, since discontinued. It's entirely possible that I viewed the Wonderbra and Frederick's collections through the rose-colored glasses of being a lingerie newbie (a lacier version of "Back in my day...."). But I simply don't see this new collection as continuing the spirit of Dita's previous ones, at least not yet. I'm sure it'll sell, and sell well, but I'm not excited. The pieces I've seen so far (which are in side-by-side comparison photos with Dita's ad campaign) feel generic... not special. 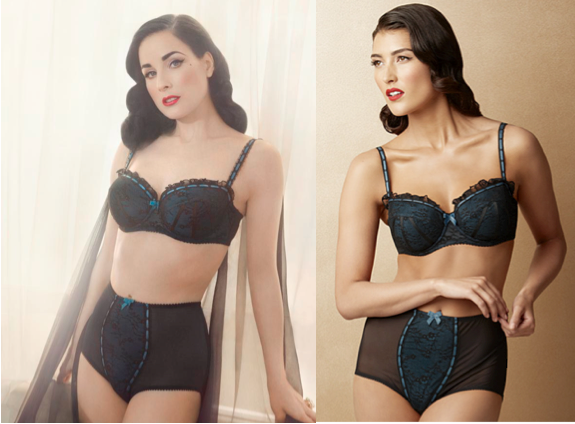 In all fairness and to be totally and completely honest, I haven't seen this collection in person. It's only available to Australian shoppers right now and, as you know, I live in the United States. But Super Kawaii Mama (who is a completely awesome blogger) did shop the collection today and you can read her excellent review over at her blog.

So tell me, fellow addicts, what do you think? Would you buy something from this line if you saw it in stores? Is my assessment a bit premature (after all, that overwire bra still looks amazing)? Do you live in Australia and have you been to see Von Follies in person? Let me know in the comments.