Ask TLA: Should I Wash My Lingerie in Vinegar? Or Salt? Or Vodka?

Ask TLA: Should I Wash My Lingerie in Vinegar? 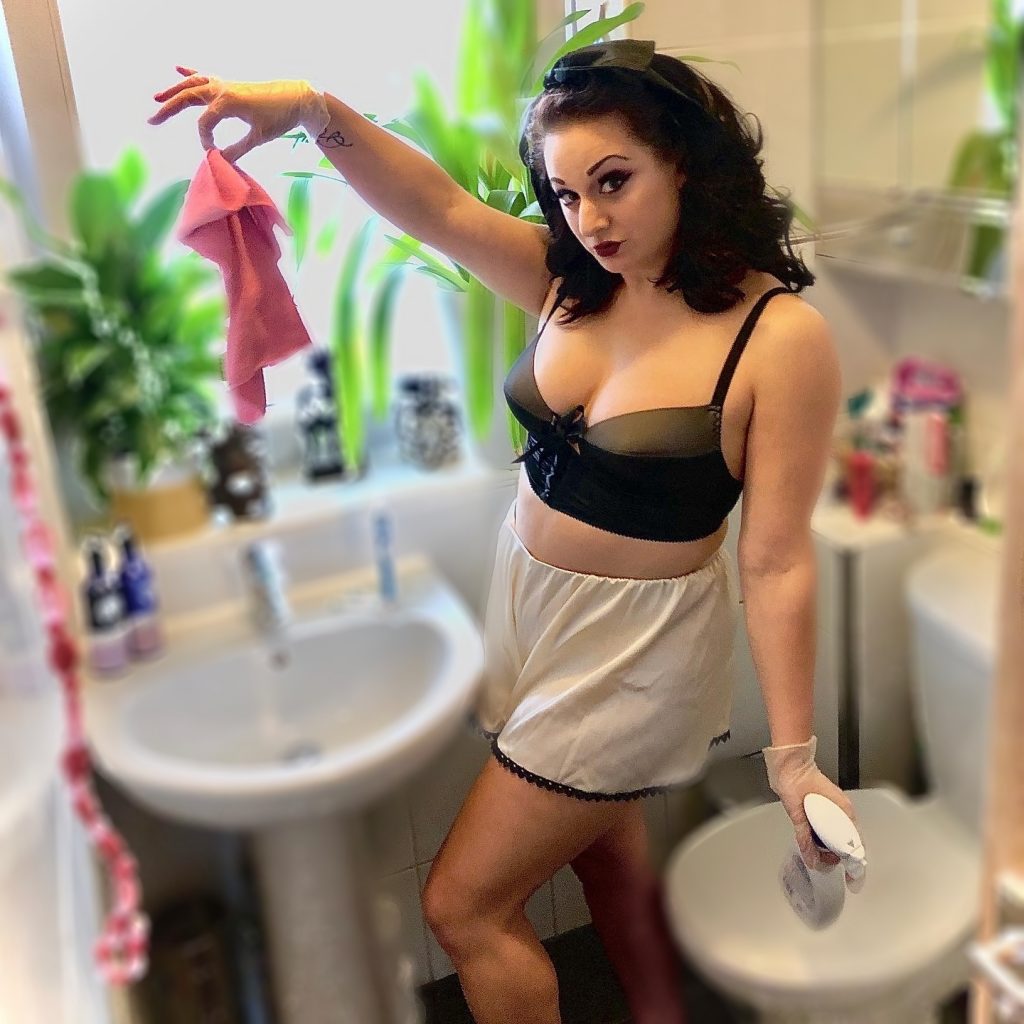 Tempest Rose for Kiss Me Deadly

Bear with me. I've seen unleashed a slew of “life hacks" online that are often total nonsense and subsequently have people in my inbox with statements like, “I washed my knickers in lemon juice, and it wrecked them. What did I do wrong!?”

We all want to spend less time on laundry. Heck, even I use the hand wash setting on my machine. But a lot of laundry hack tips, if they work at all, only work if you’re trying to clean thick white cotton sheets. Even synthetic lingerie fabrics can’t stand up to what you can do to those. Ideally, use a delicates laundry liquid/lingerie wash. But in a pinch, here are 9 common kitchen things to use (or avoid)!

White distilled vinegar (NO OTHER SORT!) is often suggested as a cleaning product - for kitchens, bathrooms and occasionally washing machines. As an acid, it can help reduce alkaline mineral deposits from water. And it kills mold spores.

But that makes it pretty hard on clothes. I checked with Karolina on this one, and she said whilst vinegar can be used on cotton garments as a spot treatment, adding it to whole washes or soaking in solutions of it is very inadvisable.

Conversely, baking soda is an alkali that can cut through oil and grease. Plus, as it's a bit abrasive, it also gets suggested for cleaning. But those properties make it a bad idea for delicate fabrics. Baking soda is also a bleaching agent so you can end up stripping the dye from your garment.

As Quinne explained recently, this fine milled, absorbent product used in cooking can also be left gently on oil spots on delicate clothing. Once it's done its job, evict it carefully. Then wash as usual.

Verdict: USE - for pre-treating oil spots

The first thing you learn from costuming for performers of any sort is...you will need very cheap vodka. For their outfits. The Worst Vodka is actually an amazing solvent for when you are desperate to de-whiff a sweaty garment and don’t have time/energy/resources to deal with it properly.

Use a very clean old spray bottle. Make sure you get it on the armpit and crotch bits inside and out. You have now briefly resurrected your garment, as once it dries it takes the smells with it. Vodka also kills bacteria, in ways you may know from hand sanitiser.

But sooner or later someone’s going to have to wash that spangled bodysuit properly!

Verdict: USE - as a spray, in an emergency

When life gives you lemons you should definitely use those lemons for cooking and NOT for any alleged laundry properties. Lemon juice is a sugary, sticky acid, and it’s just going to make a mess. Have a cocktail instead.

I don’t know what this is because I’m British, but I am told NO. Things for killing ants are definitely too toxic to put on groinal wear.

Crystals are abrasive, so you should never just randomly throw salt in the wash. However, if you make a salt solution, it can be used to stop dye that is leaking.

As someone who gets through a lot of black fabric, I’m all too familiar with ‘oh no, pigment everywhere’ problems. To turn fabric black takes a lot of dye and sometimes you’ll notice dark smudges on your skin from leftover pigment that hasn’t stuck properly. In fact, black garments usually continue to leak dye over their lifetime, which is why every time you hand wash them you’ll get murky water. For once this isn’t dead skin cells; it's dye particles.

If you have a new garment and a dark dye is causing issues, then run it through cold water a few times and try a saltwater solution. The salt dissolved in the water acts as a mordant - a fixative - to the remaining dye. Hopefully after you wash it again (because you don’t want crunchy salt garments), it should be ok to wear.

Salt will NOT help if the garment has already ‘bled’ dye from one area to another.

A salt solution is also useful for blood stains. Though in my experience (which comes from a haemophilia disorder, not actually from all the knives!) your best chance with those is to get the fabric into cold water before the blood is dry. But failing that, try salt solution on blood.

Verdict: USE - dissolved in water, for garments with running dye or on blood stains

Speaking of unpleasant smells - if you like lavender and you have it around for cooking, then sticking your garments in some after washing is a much better way to deal with scent issues than trying out harsh cleaning methods. Obviously you’ll want to try cleaning the garment first before putting in in lavender rather than trying to cover up the original smell.

Verdict: USE - dried, as fragrance in storage

Please don’t try using food to dye your undergarments. Nobody needs a sock full of grated carrot in their life.

It is true that historically most dyes were from vegetables, but they were also done on natural fibres and ideally somewhere that specialised in it as natural dye is even messier than its synthetic equivalent. Chances are high that your garments have some synthetic fibres in and will not play nicely with your spare beetroot.

Plus, the best mordant for vegetable dyes is often aged urine and...do we really want to get into this? :)

What You Should Use to Wash Lingerie

You know what’s good for lingerie laundry? Eucalan. And I’m not even paid to say that. Everyone I know recommends it.

Anyway, leave your laundry highs and lows in the comments!

Article Tags : how to take care of lingerie, how to wash lingerie, lingerie care, lingerie wash
Share this article