Where Do Bra Names Come From? 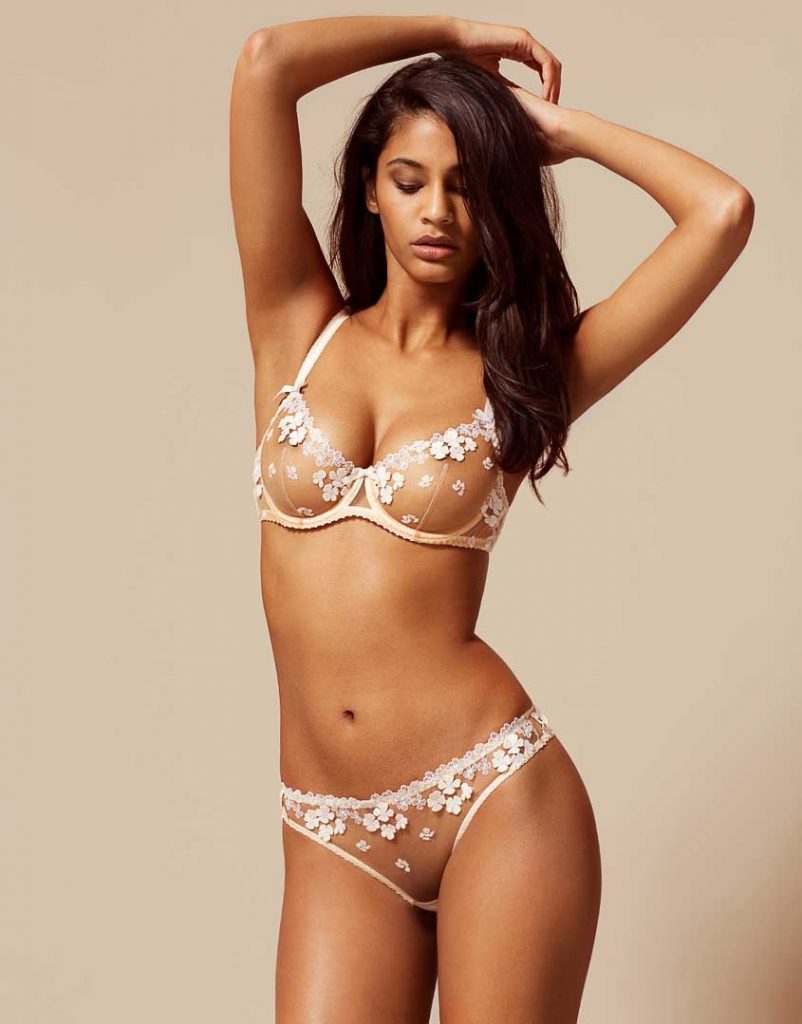 What’s your favorite bra? If you’re deep into the world of lingerie, you can likely spout off a brand-plus-style combination or two off the top of your head. Personally, I love the Panache Clara for everyday wear. However, I adore the delicate styling of Agent Provocateur’s Bethanie range.

What sounds like insignificant nonsense to a layman is actually a crucial part of the lingerie industry. Without these names, retailers and consumers alike would be unable to categorize and describe these styles with ease. But where do these names come from, and what purpose do they serve? How are names useful for regular bra-wearers who aren’t quite as lingerie-obsessed as myself?

Who Picks These Bra Names? 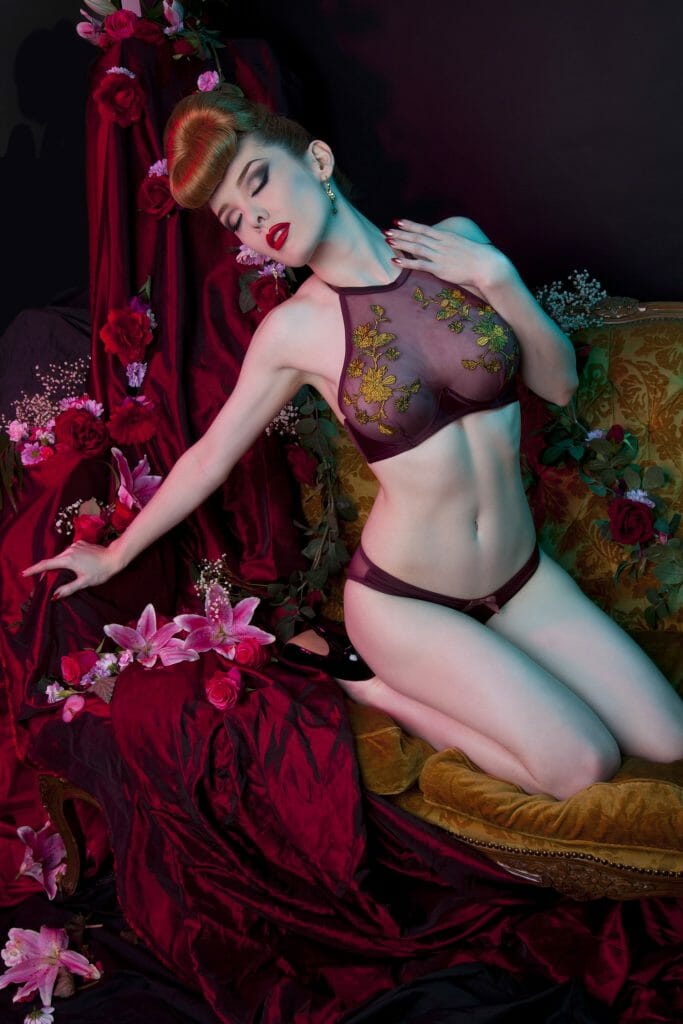 The person deciding the bra name is entirely dependent on the size and culture of the company. “Typically we ask multiple members of our team to decide on names, so everyone can weigh in and feel like they’re part of the product,” says Anna Swiczeniuk, Brand Director of the size-inclusive lingerie brand Playful Promises, who notes that “some people do manage to sneak their own names in.”

At a larger mainstream companies like the UK-based brand Gossard, bra names are chosen after key trends are researched and storyboards are developed for new collections. For example, for Gossard's iconic Retrolution group, “We started [the designs] with our Gossard archive and added strong design elements such as the big deep V or the high shine fabric,” says a representative from Gossard. “In other words, we created an ‘evolution’ on a ‘retro’ trend, which became [the name] ‘Retrolution.’”

she and reverie Spellbound Gown, $76

And for small labels, the naming process can be as much of an artistic process for the designer as the design process itself. When I was designing for my loungewear line she and reverie, I would pick names that evoked the spirit behind the collection, like the Spellbound Gown for an ethereal, witchy dress, or the Venice Cardigan for a cardigan perfect for a California beach day. 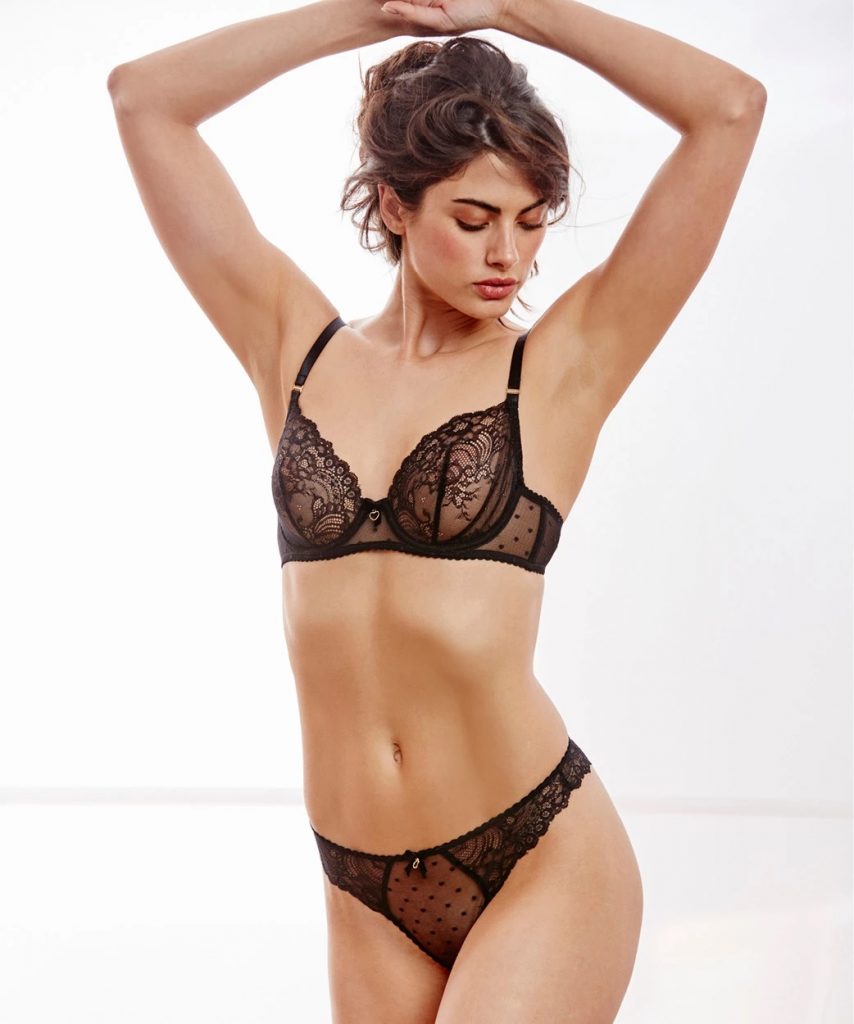 I was surprised to find that even Dita Von Teese, with her many brands and busy schedule of performances and appearances, picks the names for the pieces in her eponymous lingerie line herself. "I love naming things for ladies I admire, or if something reminds me of someone," Von Teese says. "One of the new ranges is called Fiamma, named for a famous Crazy Horse Paris soloist from when I was the first guest star there. She was one of the most welcoming to me; I remember I always wanted her by my side onstage for the more complicated striptease bits. This [softness] made me think the lace on this particular collection."

Dita even named one of her styles after Cora, the editor of The Lingerie Addict. "She’s been a supporter since the start of my brand, but I love that she is also very honest with her reviews of my brand at the same time," Von Teese says. "But that aside, I thought this shape would look fantastic on her frame. I think she wears and appreciates balconet styles with wide set straps very well."

But what’s the purpose for all of these names? Why bother with this seemingly insignificant step, other than for fun and vanity? 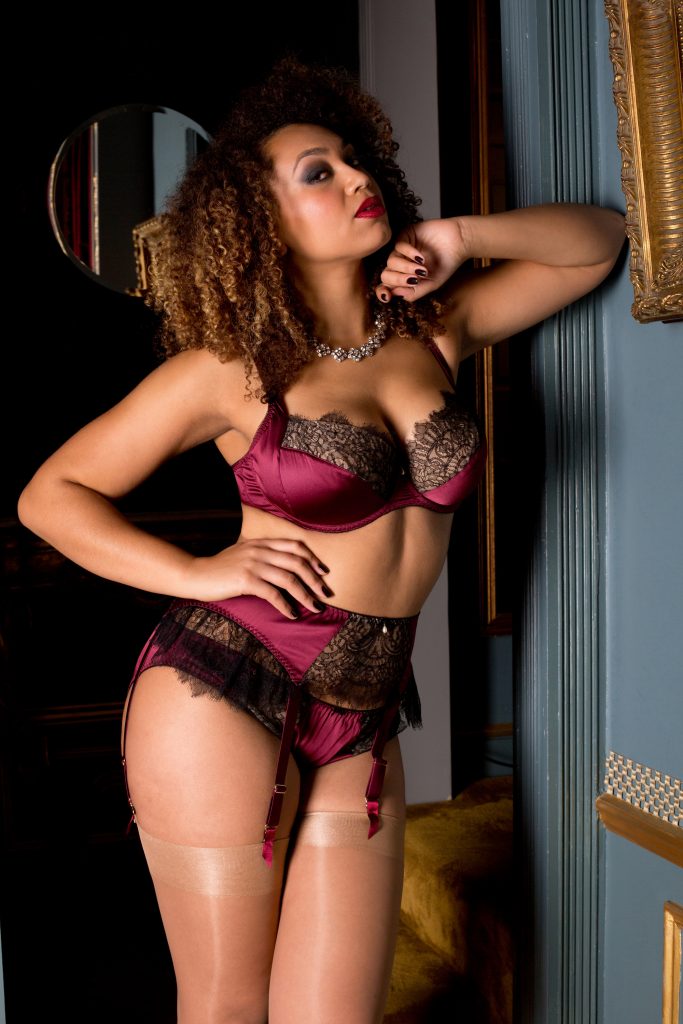 Branding is the biggest influence behind the name choice itself. Leanna Williams, founder and designer at Harlow and Fox, keeps a list of names she loves on hand to use for future collections, meant to evoke those luxurious, high-end vibes when you clasp one of her silk-and-lace bras. “I have to look at the finished item to see what it *feels* like it should be called,” she says. “A little like [how] some people say they have to see their baby before they can pick the final name!”

As a brand grows, that thoughtful process evolves out of necessity. “We used to name based on particular themes, such as famous femme artists, or female protagonists from classic books,” says Swiczeniuk of Playful Promises, “but now we have so many products, it’s not feasible to do this each time.” The naming process then becomes a bit less particular, a bit more easygoing. 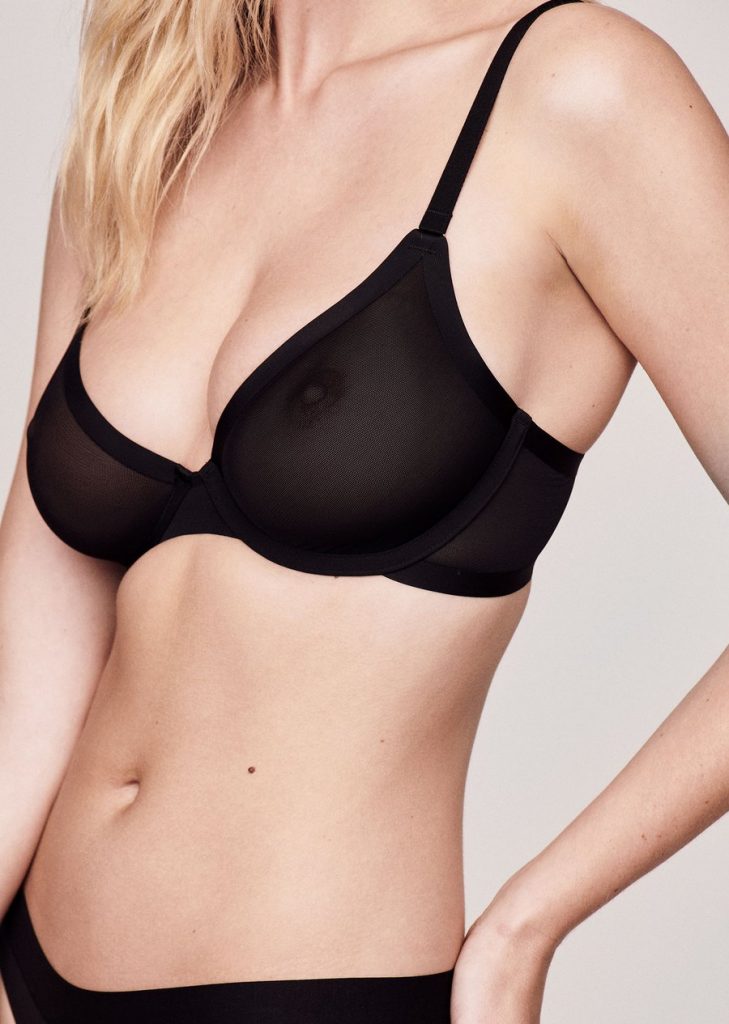 And lingerie companies choosing not to name their bras? That’s also done in the name of branding. Minimalist bra company CUUP names their bras by the style itself, in order to keep things feeling as simple and streamlined as their merchandise. “By calling our styles very direct names, i.e “The Plunge,” we [are] able to communicate that these pieces are meant to be trend-less everyday essentials,” says CUUP’s Director of Marketing, Emily Gueracague.

Consumer awareness and, to put it simply, “Googleability,” are the most practical reasons for bra names. Basically, the name of a bra helps customers know how to find it again.

“Our customers tend to be very loyal once they have tried our products,” says a representative from Gossard. “[The name] it makes it easy for them to order [and] re-order the range, or track where it is sold and what new colours are coming in.” 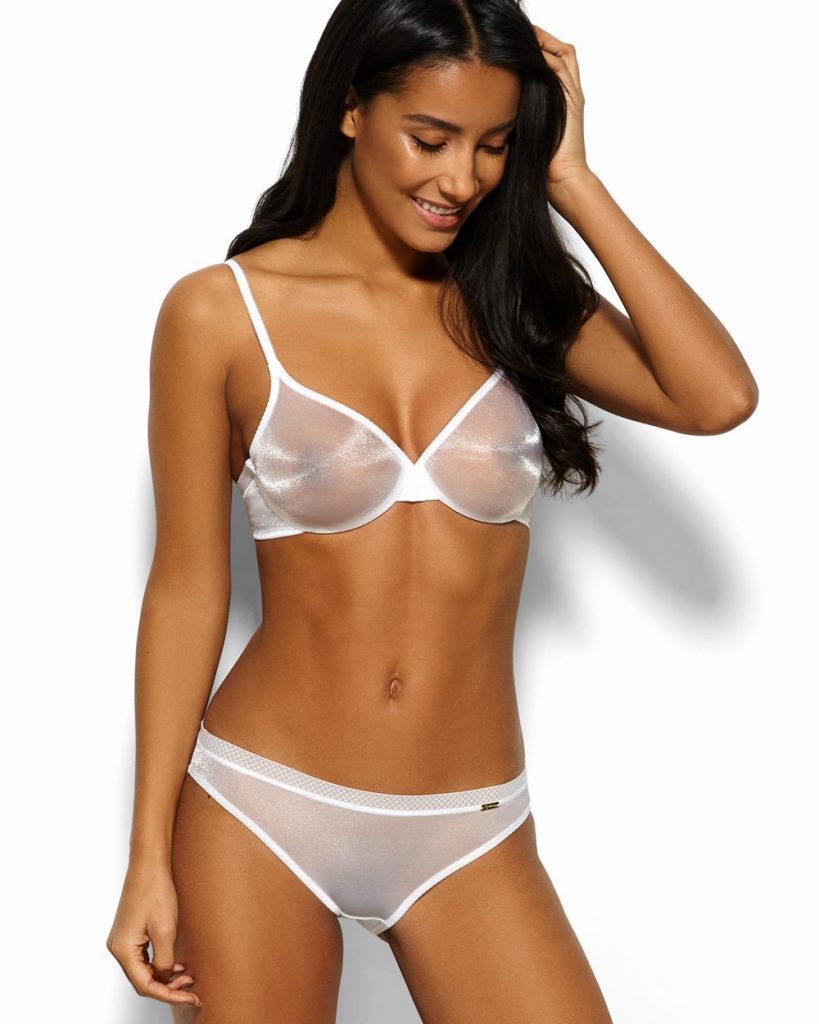 Plus, bra names can almost become brands in their own right. For instance, if you walk into a lingerie boutique and ask if they carry “Glossies,” it’s likely the sales associates will know you’re talking about Gossard’s sheer, full-cup bra. “We have a very large scope of consumers who have been wearing [Glossies] for decades after decades,” the Gossard rep says. “It became an iconic product to them, just like other products which never go out of fashion.”

Not only are bra names easy branding devices for new and old lines alike, but they’re an easy shorthand for a customer to find a specific bra, no matter where they are in the world or what platform they're using.