What Happened to the 2016 Victoria's Secret Fashion Show?

What Happened to the 2016 Victoria's Secret Fashion Show? 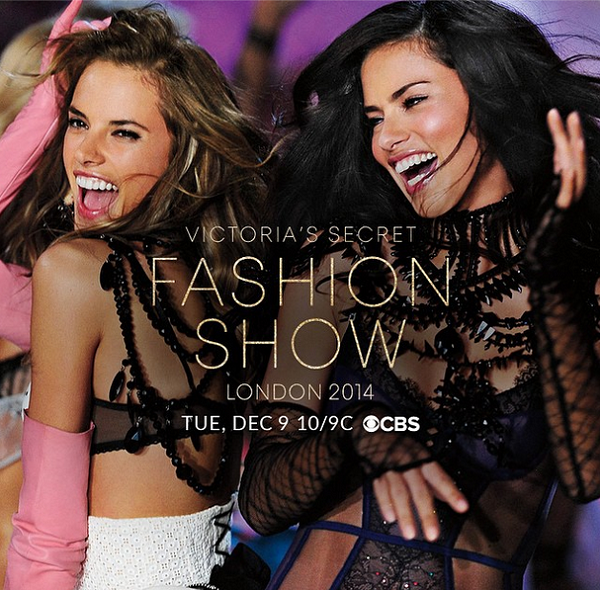 Victoria's Secret has had a tumultuous year. Slow to pivot into the bralette trend that's been taking over intimate apparel and even slower to take advantage of the industry's shift towards more natural styling and models, VS had been forced into the unenviable position of playing catch-up. This year, the company dropped their catalog and swim divisions and relaunched their athleisure collections, but sales have remained low, especially compared to previous years. Still, Victoria's Secret accounts for around 60% of the U.S. lingerie market, which means the brand isn't about to die anytime soon. It also means news about Victoria's Secret is news about the majority of the American lingerie industry, by default.

Usually around this time of year, VS is ramping up their PR machine for their much-anticipated annual Victoria's Secret Fashion Show. In the weeks leading up to the airing of the show, there's a near-endless stream of press (read: fluff) pieces about Victoria's Secret, from their brand story, to the Angels, to the Angels workout routines to literally everything else about the company. The media is seized with a type VS fever, and even outlets that are normally critical of mainstream fashion have a surprisingly light touch when it comes to Victoria's Secret (I've often wondered if media outlets are less critical of the brand in the hopes of securing a ticket to the show). It's a mind-boggling amount of publicity, much of it free, and it illustrates just how synonymous the name "Victoria's Secret" is with lingerie in the United States.

Yet this year, everyone's been surprisingly silent about the show. There's been no news regarding an official taping date, airing date, model roster, or even the location (though WWD reported the show will be in Paris this year, there's been no official confirmation of this from L Brands, Victoria's Secret's parent company). Even the Fantasy Bra, VS' flagship marketing trifle, has been notably invisible. I'm writing this article halfway through October, and the complete absence of any and all announcements is startling when you compare the news from previous years.

For example, for the 2015 Victoria's Secret Fashion Show, the location of the show was announced in May, the airdate in September, and the full lineup of models and musical guests by mid-October.  In 2014, the show location announcement was made even earlier, in April (this is also the year the show was held in London), and the airdate was once again announced in September. To be two weeks away from November with no official press whatsoever is highly unusual. Why is VS being so quiet?

Last year, viewership of the Victoria's Secret Fashion Show dropped by nearly a third, the second consecutive year of decline (though admittedly, the drop between 2013 and 2014 was significantly smaller). It's also true that TV viewing habits have undergone a massive shift since 2001, the year the Victoria's Secret Fashion Show had its highest number of viewers, with nearly 12.4 million people tuning in. Many households, especially in that 18-49 year old key demographic, no longer rely on network television. With no alternative ways of viewing the show, such as YouTube streaming, people may be choosing to watch something else instead.

Victoria's Secret's own hyper marketing strategy may also have come back to bite them. The show is usually filmed about a month before it airs. Yet, in those intervening weeks, all the looks from the show are released to the media, and the show is written about extensively on most every major fashion, entertainment, and lifestyle website. There's no curiosity left by the time the actual airdate arrives; all the mystery was stripped away weeks before. Victoria's Secret may be a victim of its own marketing machine and proof that there is such a thing as too much publicity.

While I don't yet think the Victoria's Secret Fashion Show is canceled, I do wonder if the delay means a change in format is coming. The era of the supermodel VS Angels is coming to an end. Consumers have shown they want more relatable, accessible marketing, and Victoria's Secret's derivative, near-identical campaigns have become lost in the press onslaught from brands like Lane Bryant, Aerie, and even Lonely.

In fashion, novelty is everything. There's a constant search for the new, the cool, the next big thing. Unwieldy, dated and slow to change, Victoria's Secret may be showing their age as a company. While VS is in no danger of losing their place at the top of the lingerie hierarchy anytime soon, the brand has undeniably its luster. Perhaps a bit of self-reflection is finally in order.