Underwear of the Future: A Review of JKnix Lingerie 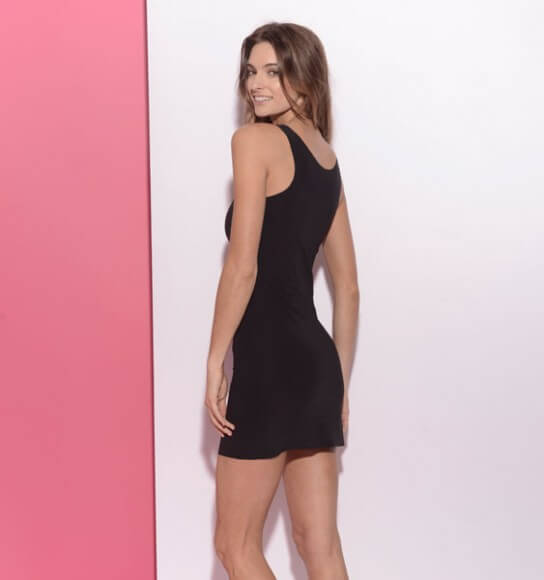 JKnix is a relatively new company out of California, selling seamless lingerie designed to disappear under clothing. They use an adhesive film instead of “the bulk and restriction of traditional thread”, and they bill their fabrics as “Italian, eco-friendly and breathable” and say that their lingerie even protects against UV radiation. The whole premise sounds like The Underwear of the Future, and maybe after a hundred-odd years of cotton as the daily undergarment material, we're due for a change. So I decided to see for myself. 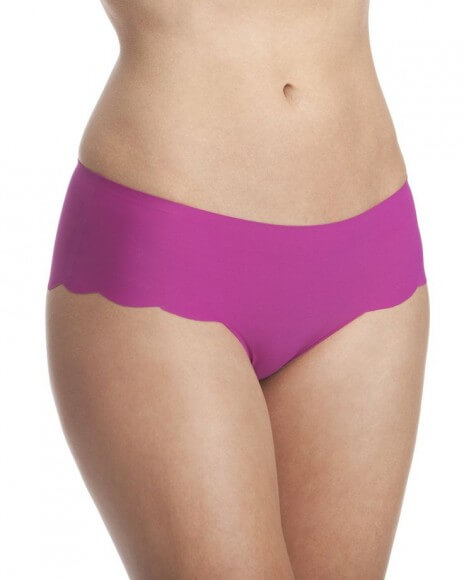 At first glance it looks like JKnix has created a nice starting selection of products. Their design and branding are simple but hint at innovation: their colors are bright and a little offbeat, and they use no embellishments except for seamless scalloped edges --- a cool visual interpretation of lace. A lot of their designs feel to me like space-age, pared-down femininity, which is something I can get excited about.

Moreover, the company seems to have vision. The website has a “body shape guide” that offers suggestions for different garments, which I normally wouldn’t like, but instead of the usual body snark that accompanies descriptions of body shape, each body type is praised as lovely or shapely or beautiful. The site also may make a move toward queer-friendliness: the ad copy for the Hillary Boyshort reads “we call it a boyshort because boys (and girls) love them!” It’s one of those statements that’s teetering on the edge of counting as representation, but it feels really well-intentioned. 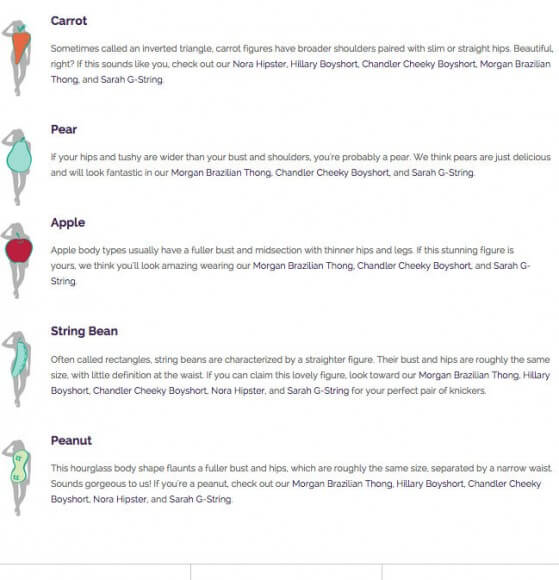 So far, so good. But how do their products really hold up in the present world?

JKnix sent me two products for review: the Hillary Boyshort, and the Seamless Slip Tank. Of the two, the slip is certainly my favorite. When I put it on, it was soft and lightweight, and the material felt pleasantly cool to the touch. I could immediately see possibilities for this dress as a layering garment or as lingerie, and I appreciate a good piece of versatile clothing. It isn’t a support garment, but it’s sort of sexy and streamlined and feels and looks good. It makes me feel a little bit like Black Widow from The Avengers, and I’m not going to argue with that. 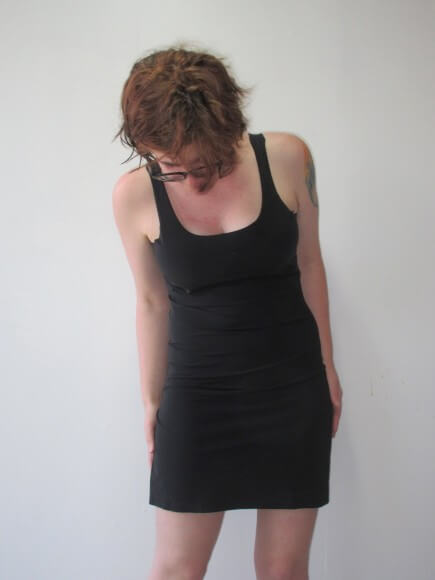 The boyshort was less my thing. As with the tank dress, the fabric is made of 72% nylon and 28% elastane. (As a fiber amateur I had to look up what elastane is; it’s an alternate name for spandex). This material is very slick, which feels great on the skin, until it suddenly slides all the way up into a pretty intense wedgie. Frictionless underwear would probably work better in a cut that isn’t meant to perch on the convex part of your butt --- a cut with more coverage might fight some of these physical forces. A company that prides itself on its technological innovation might want to think about its engineering a little more. 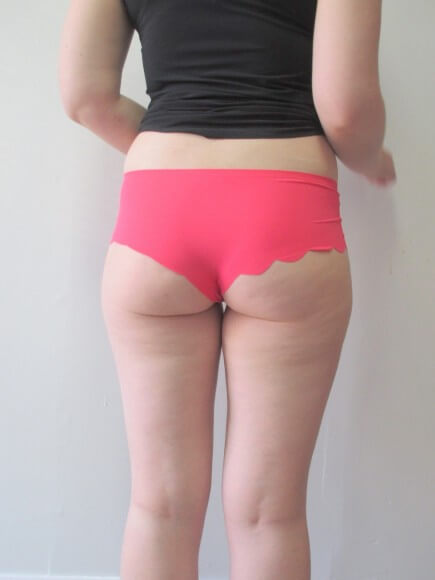 Not to be graphic, but you can see the panties trying to ride up. Photo by Kat McNeal.

There’s also the reality that there’s at least one other company out there with similar goals and branding: Knixwear, a company that makes seamless panties designed to be breathable, with an additional claim of sweat-wicking properties. Knixwear carries more styles of panties and has fuller coverage options, but no other garments except sweatbands. Overall they look like JKnix’s more utilitarian cousin. It’s said that great technological advancements are often discovered by multiple people at the same time; we’ll see who ultimately gets credited with the discovery.

Would I buy JKnix? On a piece-by-piece basis, yes, but I can't say the line has completely won me over. JKnix’s price point feels a little high for most people's daily wear (their panties all cost $29/pair and other pieces run higher) but if you want to add some space-age tech made in the US to your lingerie collection, I’d recommend the tank dress. The panties, as cool as they look, may need to go back to flight-testing.