5 Ways to Be a Better Lingerie Consumer | The Lingerie Addict

5 Ways to Be a Better Lingerie Consumer

By Cora Harrington January 15, 2015 in featured 22 comments
Share this article 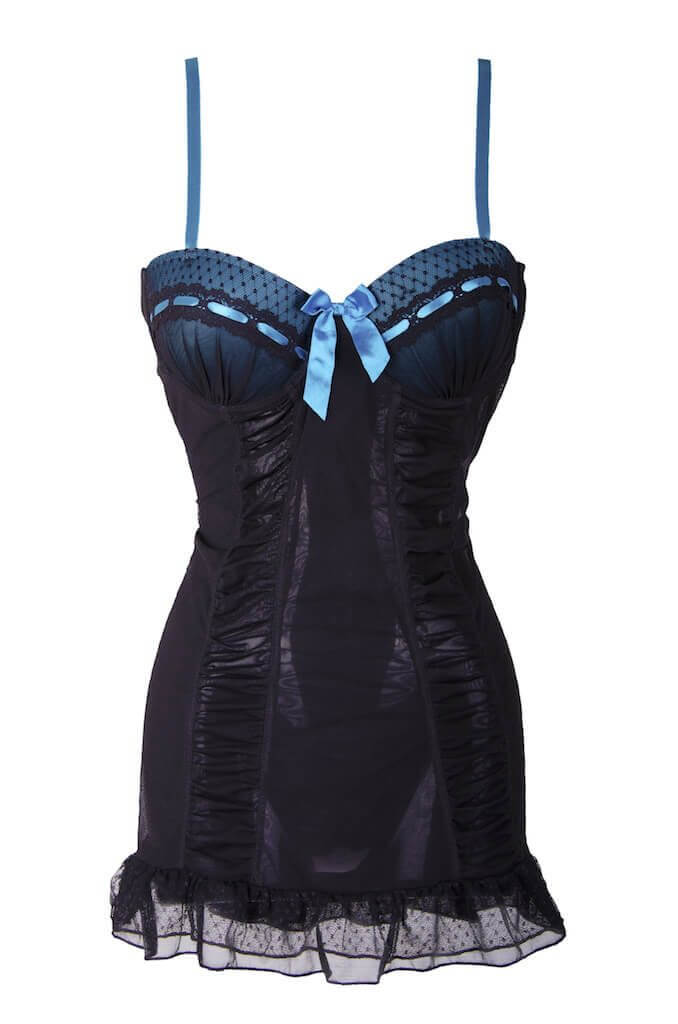 If you've been reading TLA for awhile, what I'm about to say is old news, but the lingerie world is experiencing some pretty dramatic shifts in direction right now. Classic, storied brands are struggling to stay relevant while brand new companies are completely skipping over traditional industry methods to success (like tradeshows and retail wholesale), and paving the way through crowdfunding campaigns and direct-to-consumer sales.

Even the way we learn about new lingerie brands has changed. I can't recall the last time I discovered an up-and-coming label through a print magazine or a TV show. And that's likely true for many other lingerie customers as well. The times have changed, and things will never go back to the way they were a decade ago, much less 20 or 30 years ago.

Of course, whenever things are in a state of upheaval, there are going to be experts giving advice on how to cope with all these new developments. Unsurprisingly, the world of lingerie is no exception. Yet while there are dozens of articles dedicated to the subject of how brands can make their customers happy, very few places are addressing what customers like you and I can do to be better-informed or more aware.

In the United States, there's this idea that "the customer is always right." But as you've probably gathered that's not true. Sometimes, the customer is just plain wrong (I know I've been). When that happens, it's rarely due to maliciousness or meanspiritednes. Rather, there's just a ton of hidden information that goes into lingerie, and the average consumer has no idea.

Even if you happen to have a general fashion background, the world of intimate apparel is its own unique beast with a special set of rules. Far too often, I've seen unreasonable demands, misguided campaigns, and far-fetched suggestions stretch the patience of companies and customers alike, creating a lava pit of frustration and exasperation.

All that said, you just don't know what you don't know. So, for 2015, if you happen to be a lingerie addict, here are a handful of ways to practice being a better consumer this year.

1) Remember that every company cannot do everything.

I am completely empathetic to the sense of irritation and dissatisfaction that comes from your favorite brand refusing to stay on trend or make anything in your price range or extend their size range. It's annoying when you want to see more innovative cuts or different colors or even a new garment entirely, and the brand shows no visible interest in taking up your suggestions. After awhile, it can start to feel like, "Hey, these are all good ideas...why aren't you doing them?" And real talk: it's completely okay to feel frustration or anger or disappointment or what have you at the state of the industry. This piece isn't about telling folks how to feel.

But with that in mind, companies specialize for a reason, and that reason almost always has to do with money. Every single lingerie brand, even the biggest and most well-known, specializes in several specific and distinct areas.

Victoria's Secret is not where you go for a K cup bra. Soma Intimates is not the place for kinky lingerie.  What Katie Did isn't making plain beige shapewear, and Curvy Kate is probably not going into the A cup market anytime soon. And that's okay. It is okay for lingerie brands to specialize because it is impossible for any one company to satisfy every single customer.

If a brand is focused on low prices above all, that direction affects everything from the fabrics they choose, to the silhouettes they design, to the size range they pick, to the factories they use. The same applies if it's an ethical brand or an avant-garde brand or a retro brand.

Asking a company that's been doing locally-produced loungewear bralettes to suddenly leap into making cut-and-sewn underwire bras is a bit like asking why Target doesn't carry $5,000 handbags. They're completely different markets with completely different ways of doing business. And that's a good thing because it's the exact reason that niche brands are able to exist.

But it's a fact of doing business that no company survives long without customers. Which brings us to the next point...

2) Support the brands doing what you love.

In a country where one company controls over 40% of the lingerie market, finding a niche is the only way for new brands to survive. And, as I just discussed, niches are great. The fact that Jockey isn't making H cups means that other companies can fill the gap, offering more (and yes, often better) options to consumers. However, people have to actually buy the products in order for them to be available.

Last year, Holly's post on H+ cup bras offended quite a few people when she suggested that buying full price is the best way to keep getting the items you love, especially if you're part of an underserved market. Several people thought it was unfair that brands use sales figures to determine what gets made next season. Well...this year we're doubling down on that statement.

If something only sells on clearance, that thing is not going to be around for long. Brands, even small ones, use sales data to determine what gets produced (and, in the case of boutiques, purchased) later on.

If a certain style or size or color only moves when it's been marked down, companies will understandably consider scrapping it for something that sells better. Why? Because lingerie companies are not charities. It is absolutely valid for profit to be a part of the business conversation, and it is completely unreasonable to expect any company to consistently sell their products at a loss (especially because losing money is a good way to go out of business).

Nor is "profit" a bad word. Profit is what gives companies the capital to takes risks like developing new styles or extending their size range. You simply can't do either of those things if the regular bills aren't getting paid.

Please know that this section isn't about condemning folks on a budget or saying that you should rack up credit card debt to buy bras. eBay and Facebook and various other lingerie communities are great places to find a deal.

Yet it's also important to acknowledge that buying a bra from a third-party seller on eBay doesn't actually contribute to the data a company uses when they're determining where to put their resources next season. From the company's perspective, that's a product that didn't sell, and things that don't sell get phased out. Point blank: support the companies that are supporting you. It matters.

As I mentioned earlier, there's a lot of hidden information in the lingerie world. Companies are loathe to reveal many details for two reasons: 1) trade secrets and 2) customer reactions, which all too often take the shape of disbelief and denial. Note: this isn't a tone argument. Be angry. Be disappointed. Be frustrated. But also be an aware and informed consumer.

I talk to so many people who want a top-of-the-line, luxury corset, but only want to spend $30. That's unreasonable. Or they want a floor length silk and Chantilly lace nightgown, but their budget is only $50. That's also unreasonable.

Obviously, there's nothing wrong with having a small budget. Everyone has their own bills, priorities, etc. But you're bound to be disappointed if your expectations are completely divorced from reality. No one is owed luxury lingerie. No one is entitled to the most expensive thing at the very cheapest price. People charging a fair value for their labor and expertise is not a ripoff. Beautiful, well-made lingerie costs more. And it should.

Finally, even within the independent lingerie community, different labels have different ways of doing things. Some brands are able to offer customization (usually because they're fairly small and vertically integrated), but some brands are not. And again, that's okay. Every company doesn't (and shouldn't) operate the same way.

Likely, this article has irked at least a few people, which means it's probably a good time to bring up the next point...

4) Don't ignore certain things just because you dislike them.

There's a bit of a taboo on discussing certain topics in the fashion world right now, and lingerie is no different. As I've discovered more about the business side of lingerie, it's been very surprising to me to learn that many consumers have no interest in knowing what goes on behind the scenes for their intimate apparel.

In fact, discussions of things like size breaks or pattern grading are frequently meant with accusations that a company "hates" a certain kind of customer. And while that's no doubt true for some brands (people can be awful, and I'm sure there are awful people in the lingerie world), there is value in having familiarity with the bigger picture. At least in my opinion.

Making larger sizes does cost more money. Models that look a certain way do move more product. Some sizes definitely sell way better than other sizes. Those are all things I've heard people reject out of hand in the last year or so, but that doesn't make them less true.

A side effect of almost all intimate apparel manufacturing moving overseas is that most people have no idea what goes into producing their undergarments. And I was no exception. Bras are not made by fully-automated processes. Neither are panties. Or slips. Or pajamas. Or anything else in the intimate apparel world. Whether you buy your knickers from Aerie or from Carine Gilson, a real live human being sat down to make them. It's just that one of those human beings was probably paid a lot more than the other.

What I'm saying is that lingerie is still a very time intensive, artisan-driven process. It requires complex tools and a highly specialized skill set. That's why the margins are lower and the investment costs are higher.

Sometimes, I think it's easy to forget that an actual person stitched together the garments closet to your skin, but as much as anything else I've mentioned in this piece, it's a part of the whole story. And I think, more than ever, it's an important part of the story to remember.

How do you plan on being a better lingerie consumer this year? Do you have any particular goals?