By Marianne Faulkner June 1, 2014 in art and photos, books, pin up Comments are off for this post
Share this article 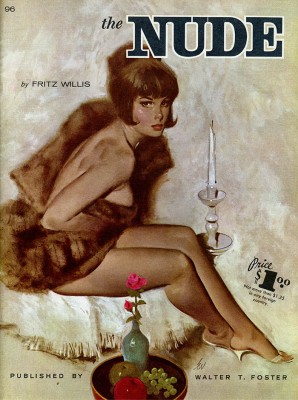 The Nude by Fritz Willis, an artists' guide published by Walter Foster

Classic pinups in illustration have long been an obsession of mine, though it's been a while since I last wrote about pinup art. Today I'd like to focus on one of my favorite artists, though he's not one of the best known.  Fritz Willis' style tends to feature a slightly more mature-looking subject with a 60s vibe; though many of his paintings feature classic pinup-style poses, he also gracefully captures some that are more relaxed and natural. Along with his pinups and commercial illustrations, Fritz Willis also wrote several how to draw and paint books; I have a copy of his "How to Draw and Paint Faces & Features" book. 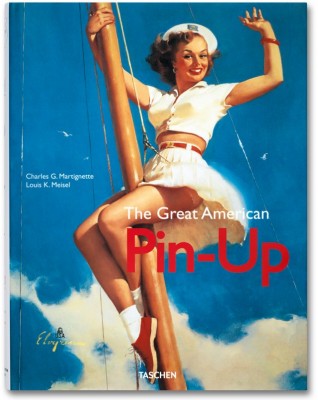 Though Fritz Willis published his first pinup in 1946, his iconography is definitely more representative of the end of the era of pinups. His models often have more of an introspective maturity; more wanton and confident than Elvgren or Petty's coy and girlish pinups with toothy grins. To quote The Music Man, "The sadder but wiser girl for me!" Likely at least part of the reason Fritz Willis' models look more mature is that he used his wife, Pat, as his model. (Alberto Vargas also utilized his wife, a showgirl, as a model; George Petty, his daughter). In fact, in one casual nude portrait shown in Taschen's amazing "The Great American Pinup," she even seems to have been painted with silvering hair, though her body is still depicted as youthfully firm. That's Figure 865, if you have the book. If you don't have the book, I can't recommend it highly enough.

The Willis Girl, though born in an age of rebellion, had the sophisticated air of the classic pin-up. 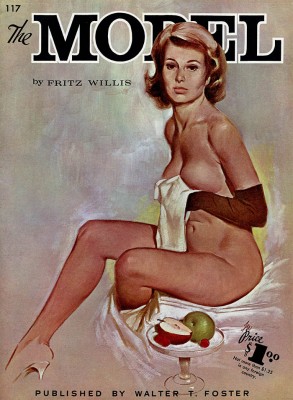 The Model by Fritz Willis, an artists' guide published by Walter Foster

Stylistically, Fritz Willis expertly blended fine detail with loose painterly strokes (an effect that is something like the painterly equivalent of using a shallow depth of field in photography, drawing one into the image and emphasizing the focal point). He even left unfinished backgrounds and sketch elements in his final paintings, but the effect somehow feels much more resolved than Petty's flippant and clean red lines. He was a perfect fit for Brown and Bigelow's ongoing Artist's Sketch Pad series, which launched in 1943 with Earl MacPherson. Willis was the last artist to paint for the series, though one source online cites that he did so for 15 years after receiving the commission. 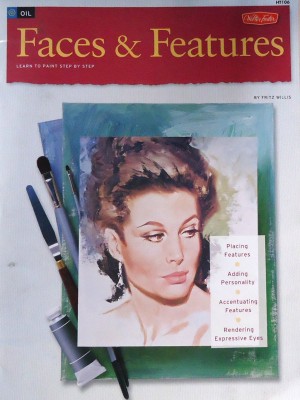 How to Draw and Paint Faces & Features by Fritz Willis, published by Walter Foster

The four books he wrote for the Walter-Foster publishing company included The Nude (Foster no. 96), Faces and Features (106), The Model (117) and Art Secrets and Shortcuts (143). Sadly, most of these volumes are out of print, though apparently the Walter Foster Collectibles' "How to Draw & Paint Pin-Ups & Glamour Girls" has reproduced some of the content along with the work of other relevant illustrators.

Fritz Willis retired with his wife to southern California, where he passed away from Parkinson's Disease in January, 1979.

Were you already familiar with Fritz Willis' work?  What are your favorite elements?  Do you have another favorite artist among the lesser-known pin-up illustrators?