By Cora Harrington March 25, 2014 in featured 2 comments
Share this article

All photos copyright of The Lingerie Addict. 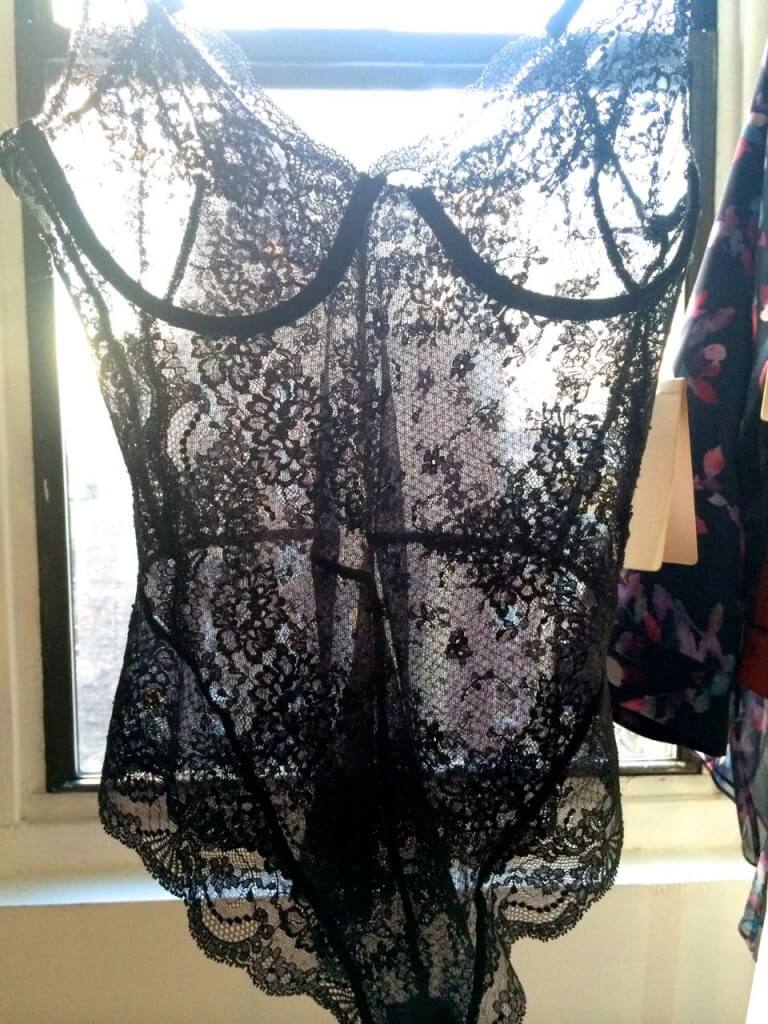 Color and print are two of the first things people are attracted to when it comes to lingerie design, but they're not the only aspects of lingerie worth talking about. And while I loved the colors I previewed at this season's market, some of the most exciting trends I saw had nothing to do with fabric.

First of all, February's intimates market was the best I'd seen in a few seasons. There were lots of indie designers (During the recession and in the years immediately after, indies were closing up shop or just avoiding expenses like the tradeshows), and lots of genuinely beautiful lingerie. Despite that, however, I wouldn't say this season blew me away in terms of design. While many of the products I saw were solidly and thoughtfully designed, the industry as a whole is playing it safe... occasionally to the point of being boring. Considering that both department stores and boutiques are taking very few risks this season (and that they've been risk-averse for awhile), a conservative approach to design makes sense. Designers that are too avant-garde simply aren't getting picked up, and, in some cases, are going out of business.

Speaking of indies, the strappy details trend has definitely percolated upwards from small brands to big brands. I'm loathe to call this trend bondage-inspired (I feel like that's making some assumptions which may not be true, such as calling pentagram lingerie "Satanism-inspired") but it's undeniable that frame bras, strappy knickers, and cutaway details (whether those cutaways are left open or filled in with mesh) are really, really big next season. I would say the strappy look has definitely supplanted the retro/pinup/burleseque trend by now. The latter hasn't disappeared, of course, but brands that were simply pursuing that aesthetic because it was trendy have abandoned it. Fortunately, it looks like big knickers from that particular trend revolution are here to stay (though I have seen a slight increase in the popularity of thongs after considerable backlash for a few years).

As the strappy aesthetic has moved from the fringes to the center, it's also become more mainstream and less risque (as diffused trends are wont to do). However, that's not necessarily a bad thing, as this diluted trend may be easier to wear for some and works excellently for lingerie-as-outerwear --- a trend I sincerely hope never goes away. Designers are creating with the idea in mind that women may wear these pieces out and about, so not only are the strappy details meant to be seen, they're also using non-traditional lingerie materials like velvet and leather. In addition, as you'll see later, there's also more loungewear which can double as outerwear in the form of hooded robes, rompers, silk camis, and leggings. 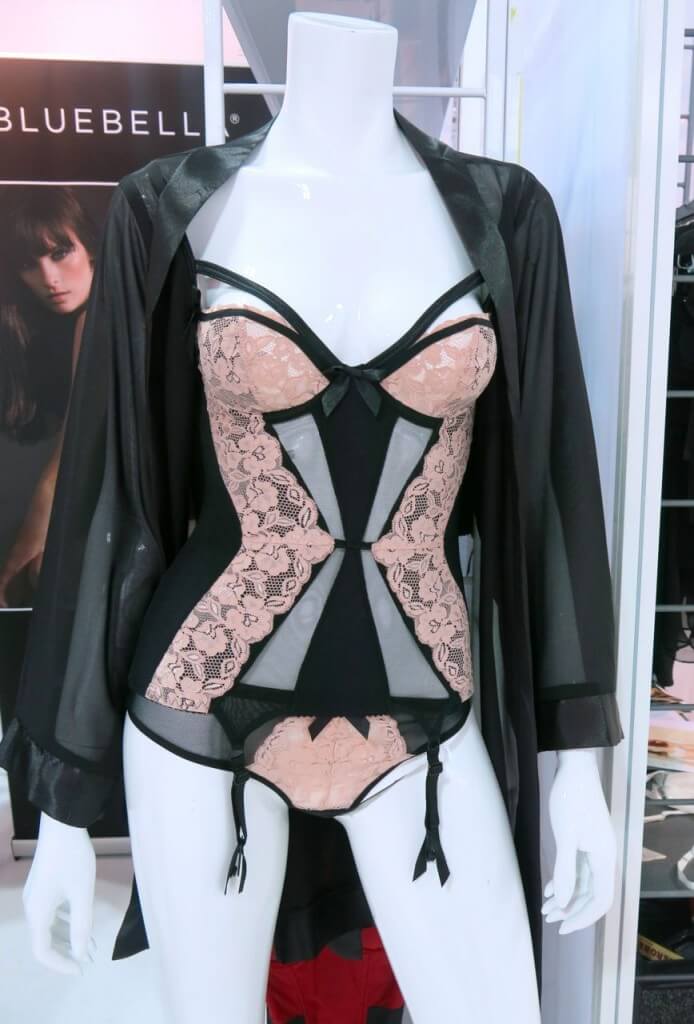 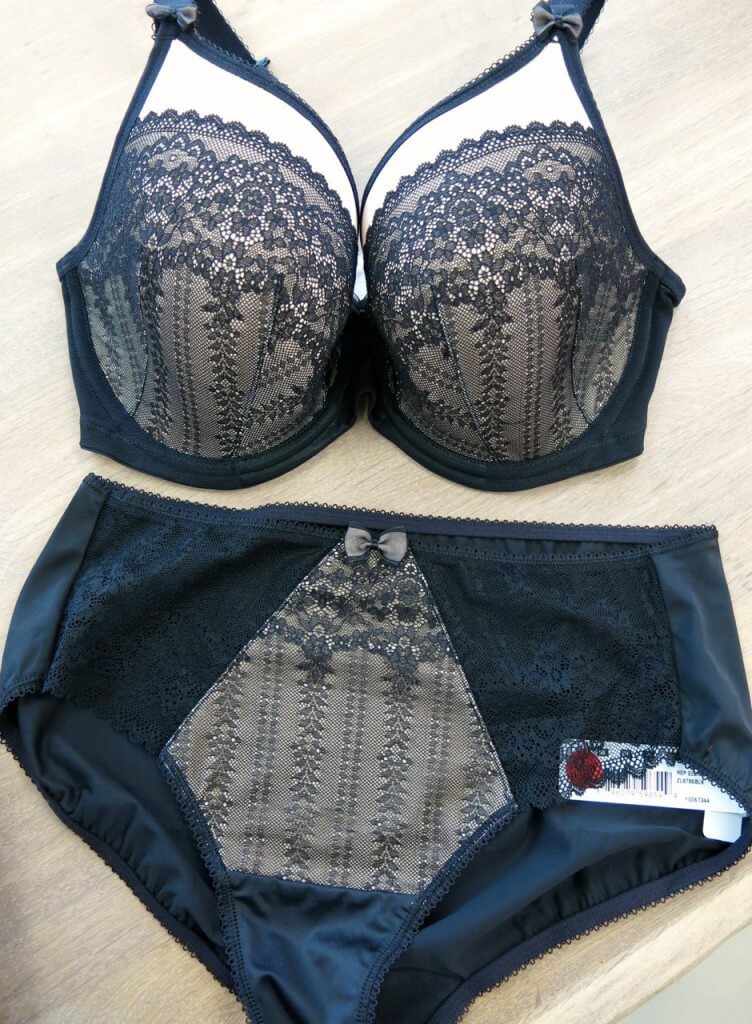 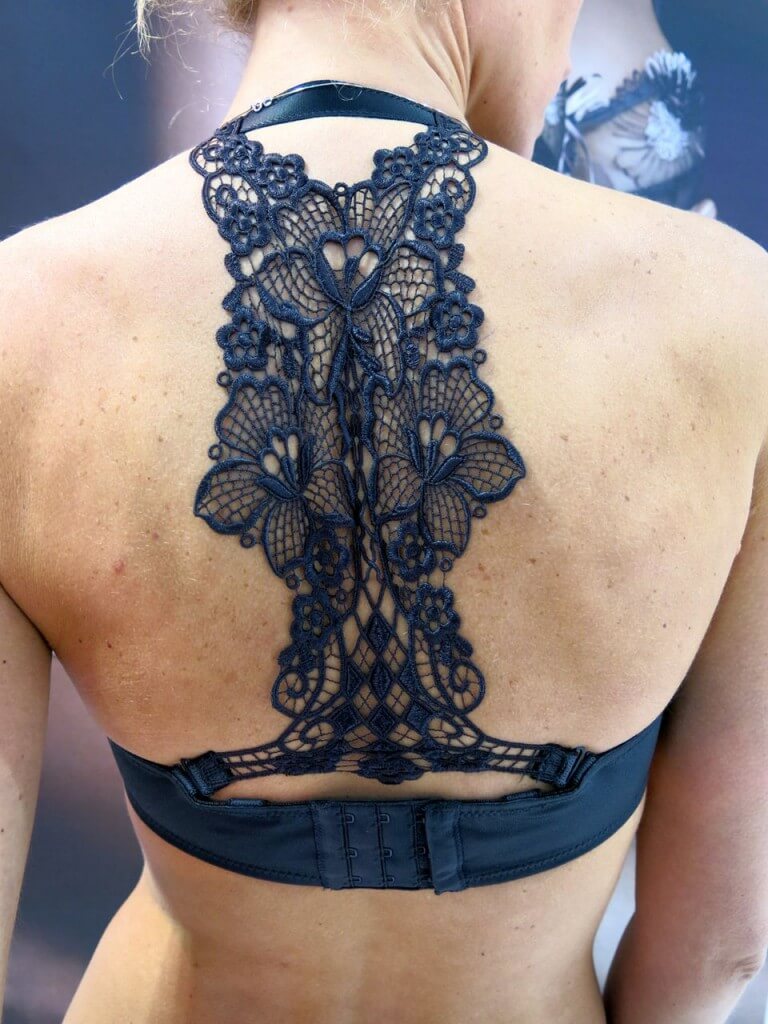 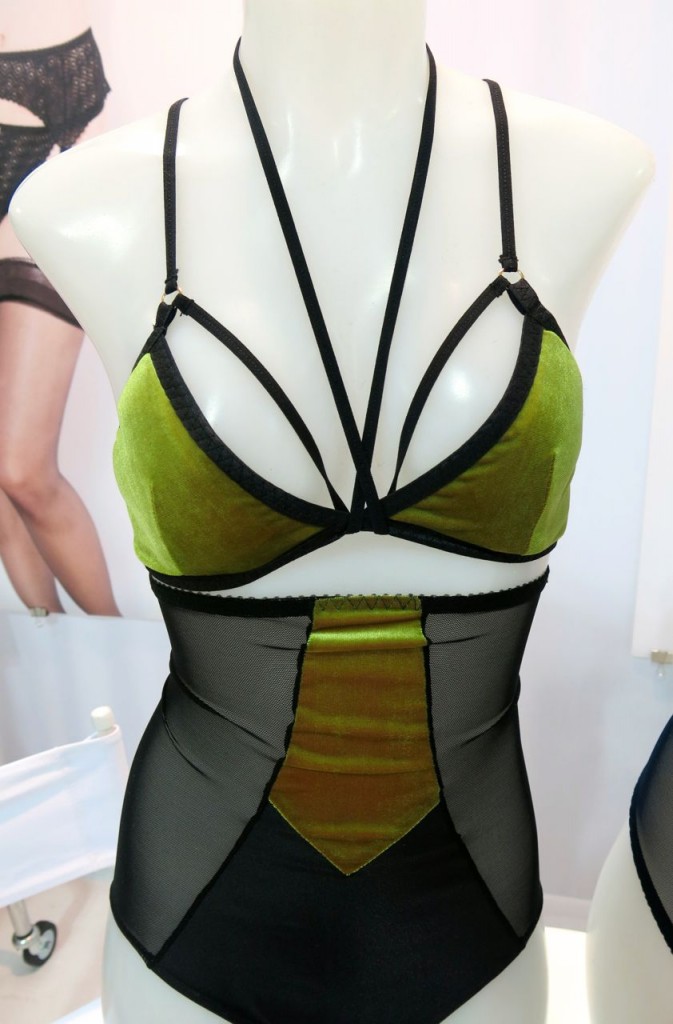 Another shift that's happened in the lingerie industry is the return to comfort. A few seasons ago, everyone was obsessed with shapewear, and while that obsession hasn't completely died down, I'm seeing less of that and more loungewear that's meant to, well, lounge around in. It's a subset of the industry that is definitely is bigger than ever. While I was happy to see newcomers like Dear Bowie and Alessandra Baker in this space (as well as classic favorites like Between the Sheets), I was sorry to miss Ari Dein, who exhibited with the CFDA in Los Angeles this year. Perhaps it has to do with the gradual aging of the population or maybe people just have more disposable income to spend on 'non-essentials' like loungewear, but I anticipate seeing more diverse offerings in this category, not less, next season. 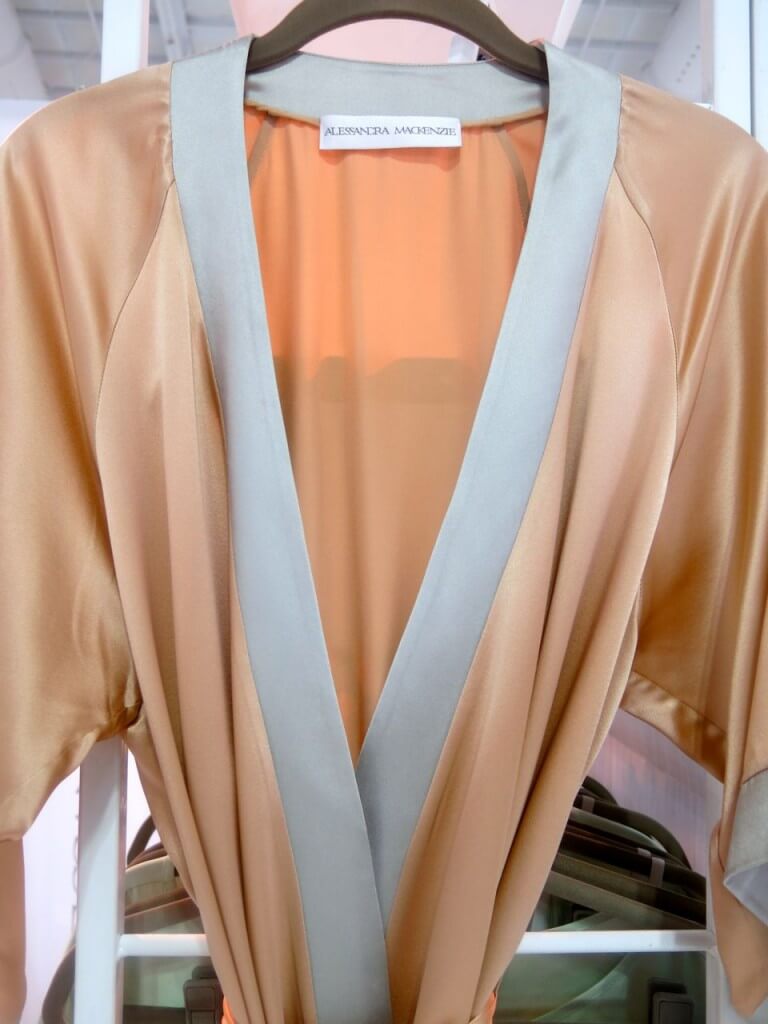 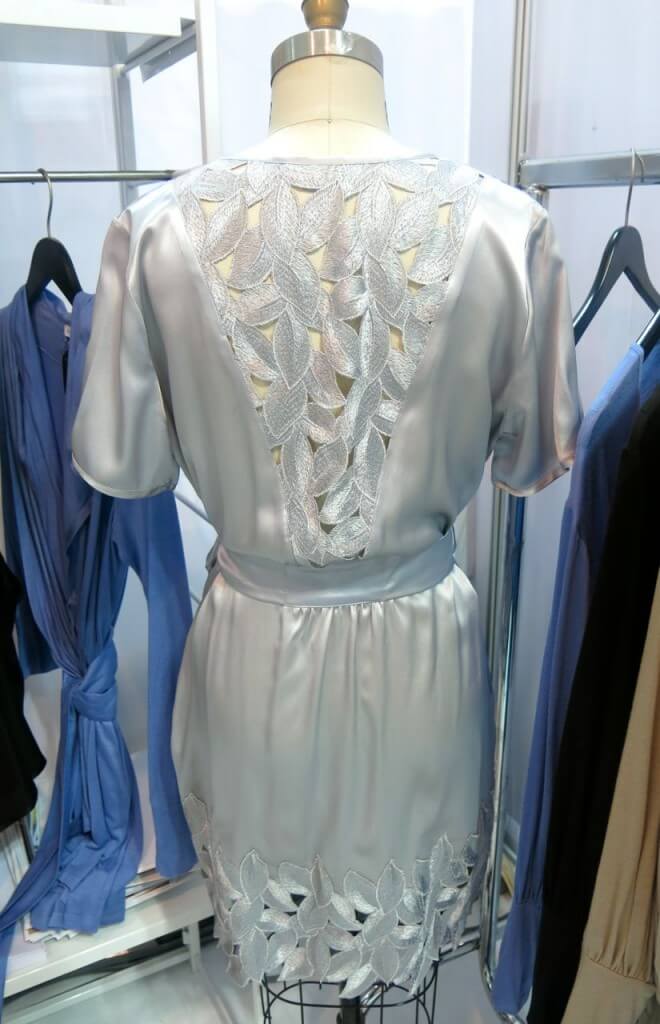 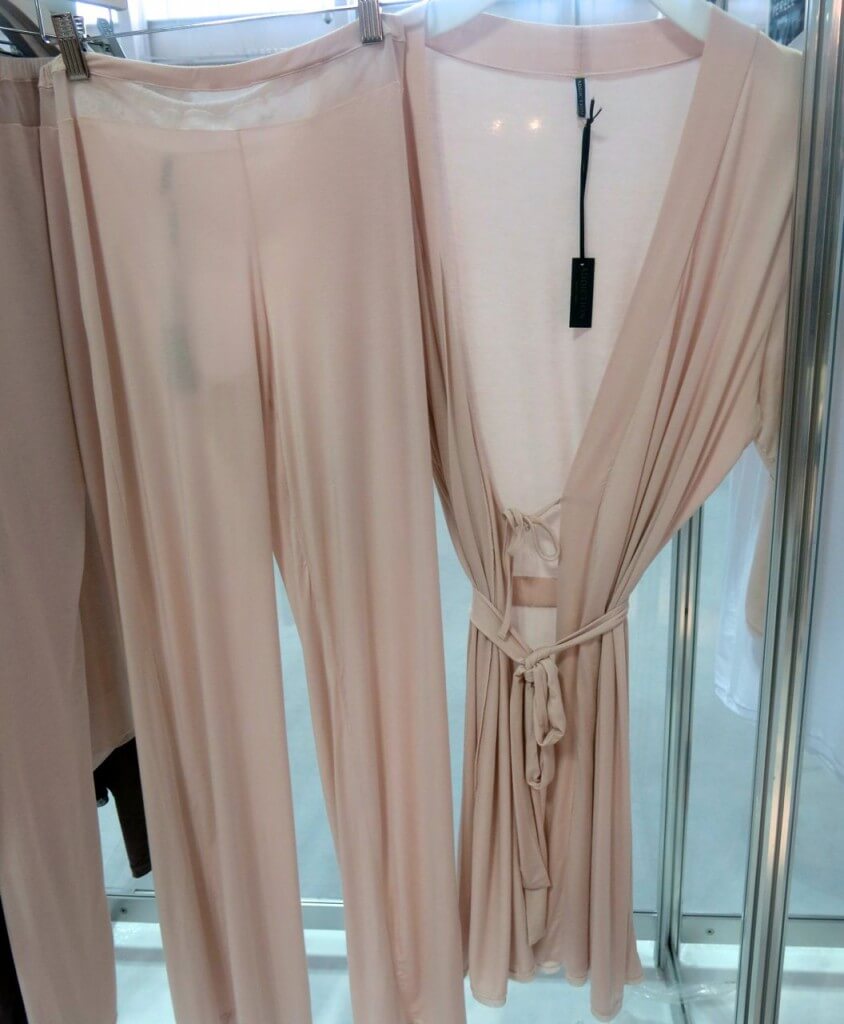 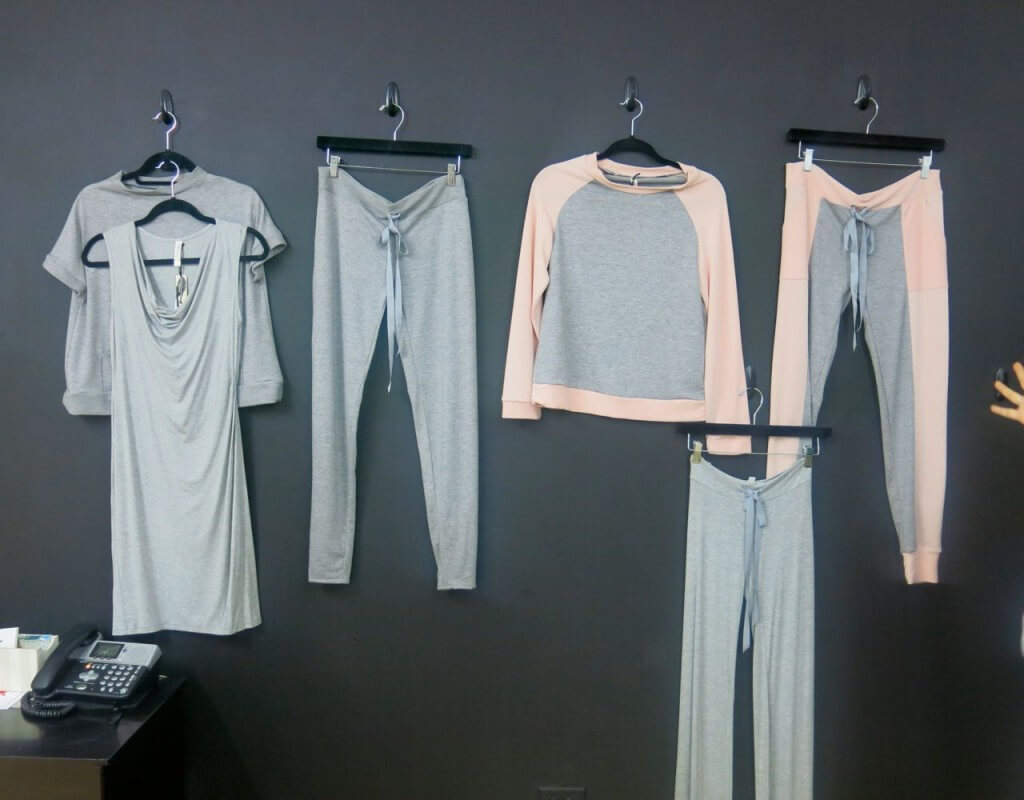 Trend: Comfort, Designer: Between the Sheets 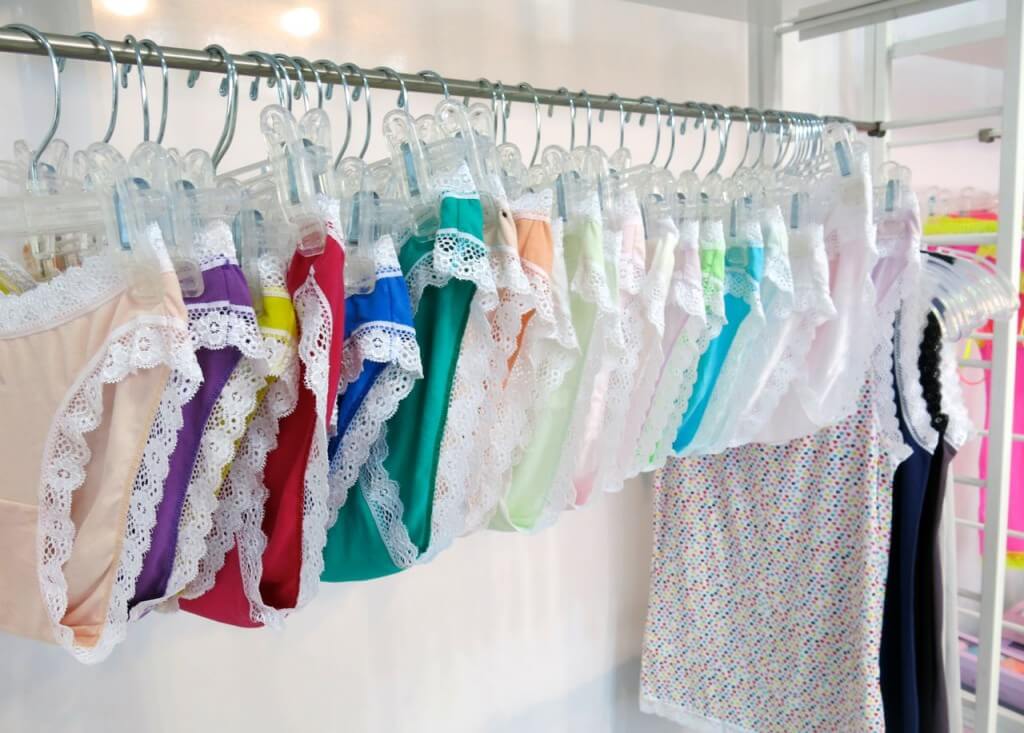 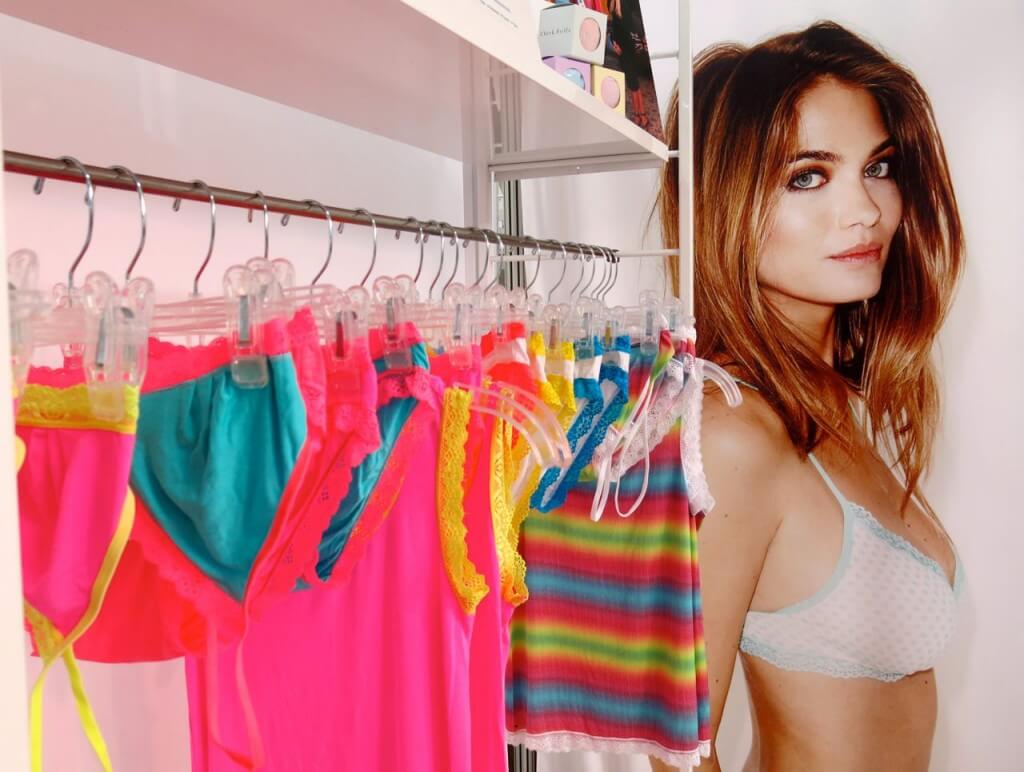 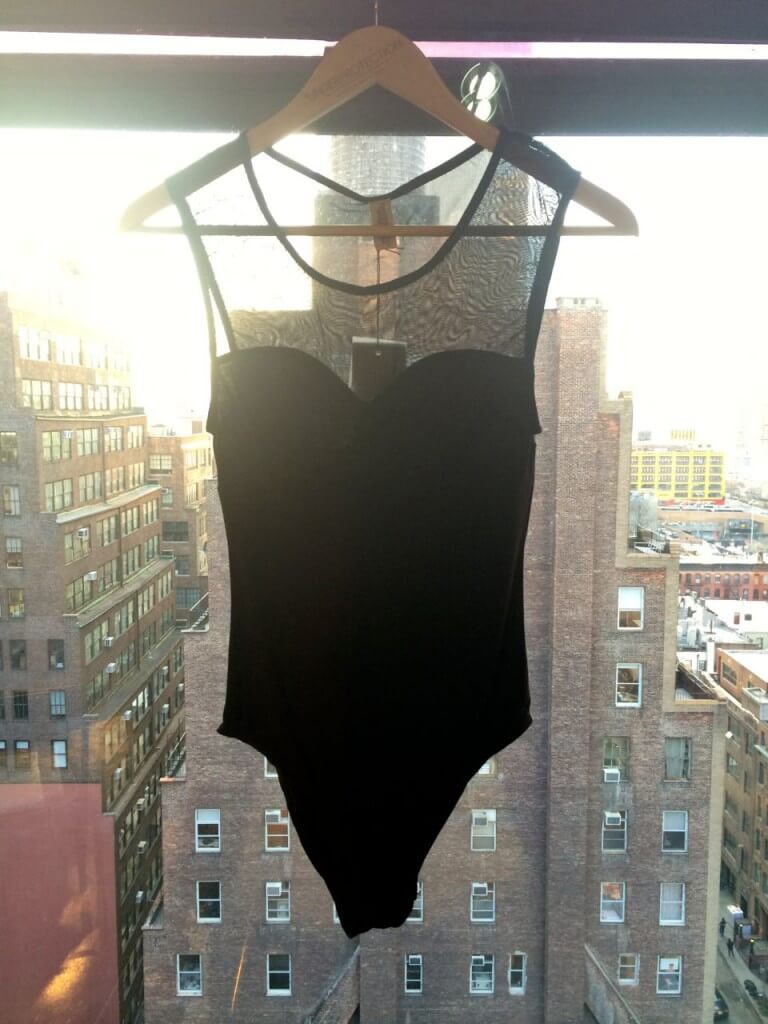 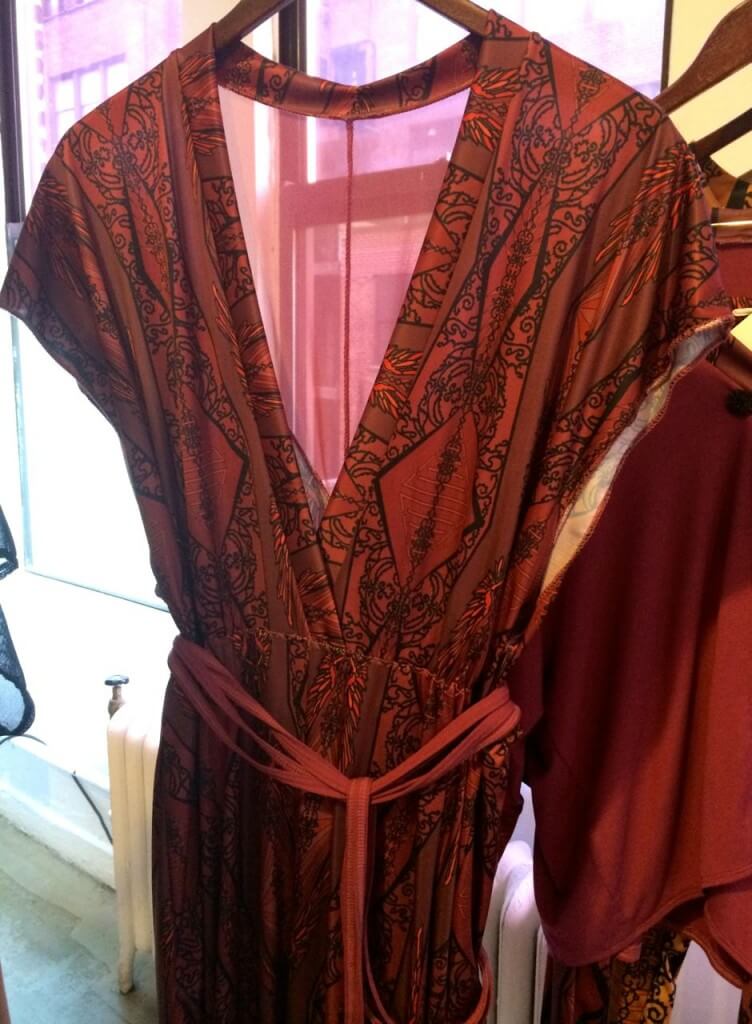 I mentioned velvet earlier, and it's part of an ongoing texture story that's happening with many lingerie brands. Lace overlays, raised lace and embroidery elements have always been one way of adding some three-dimensionality to lingerie fabric, but some brands are pushing that even further and pursuing greater extremes of texture. As with strappy details a few seasons ago, I think you're still most likely to see this kind of innovation among the indies, but I am most definitely intrigued. 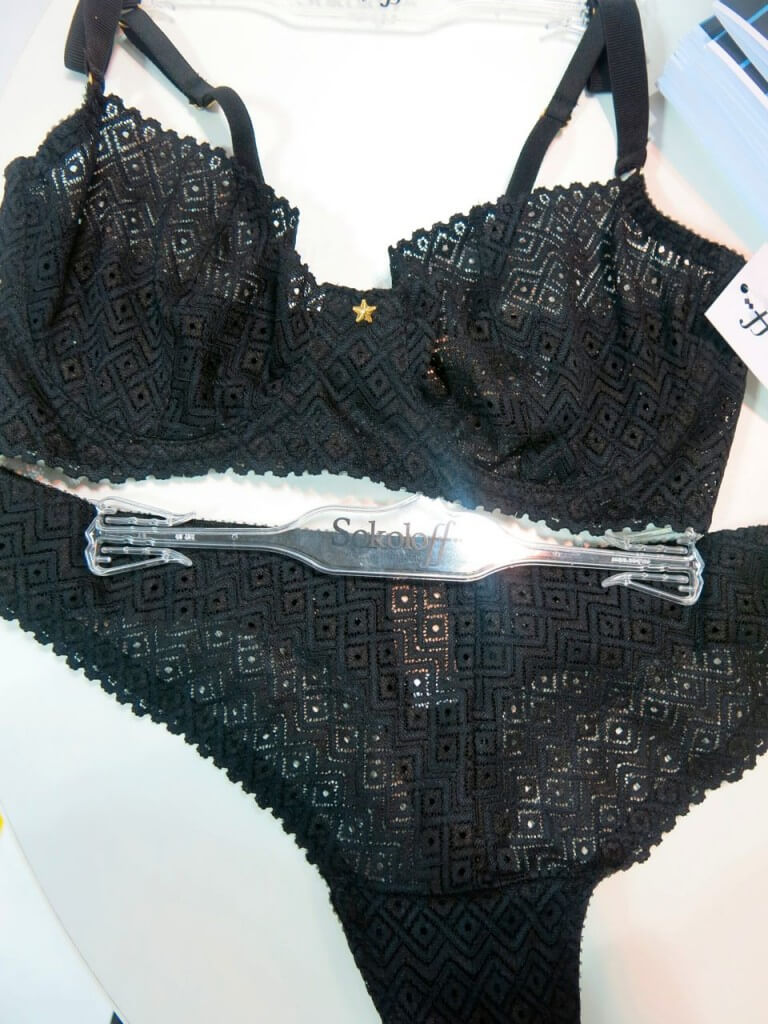 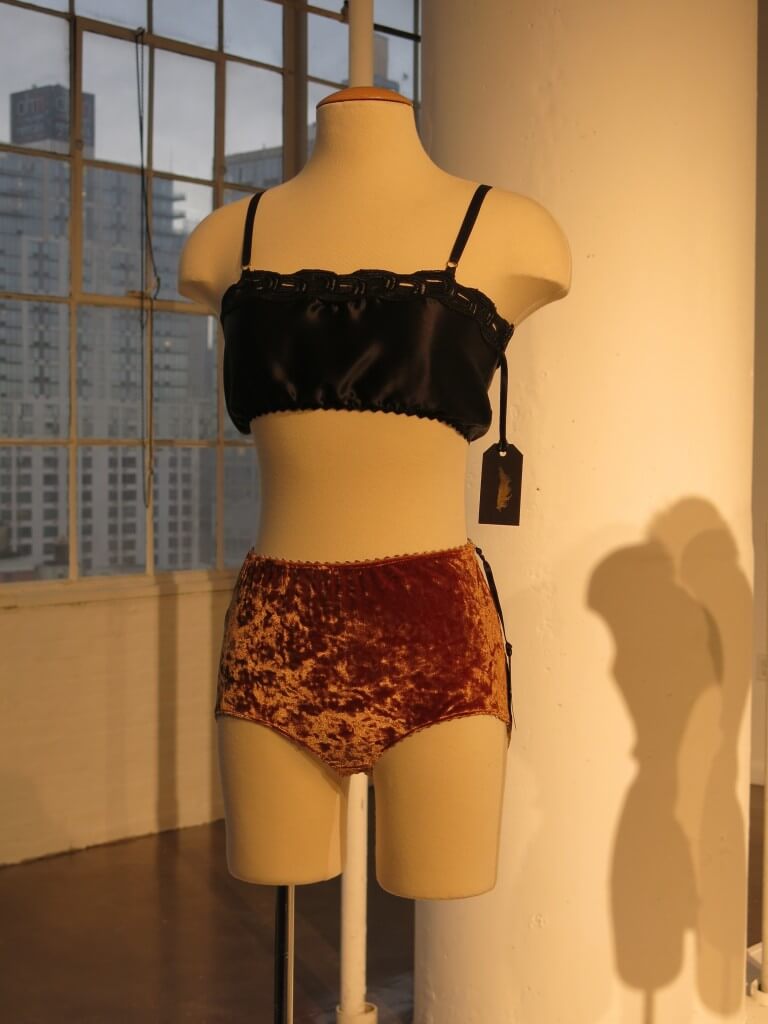 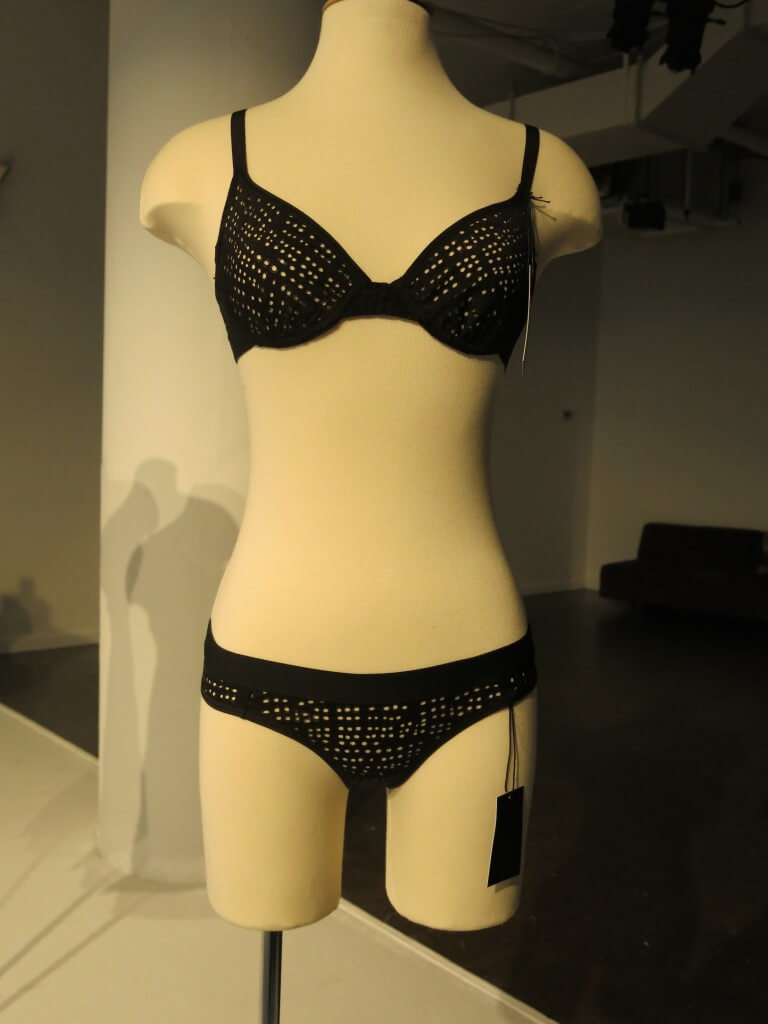 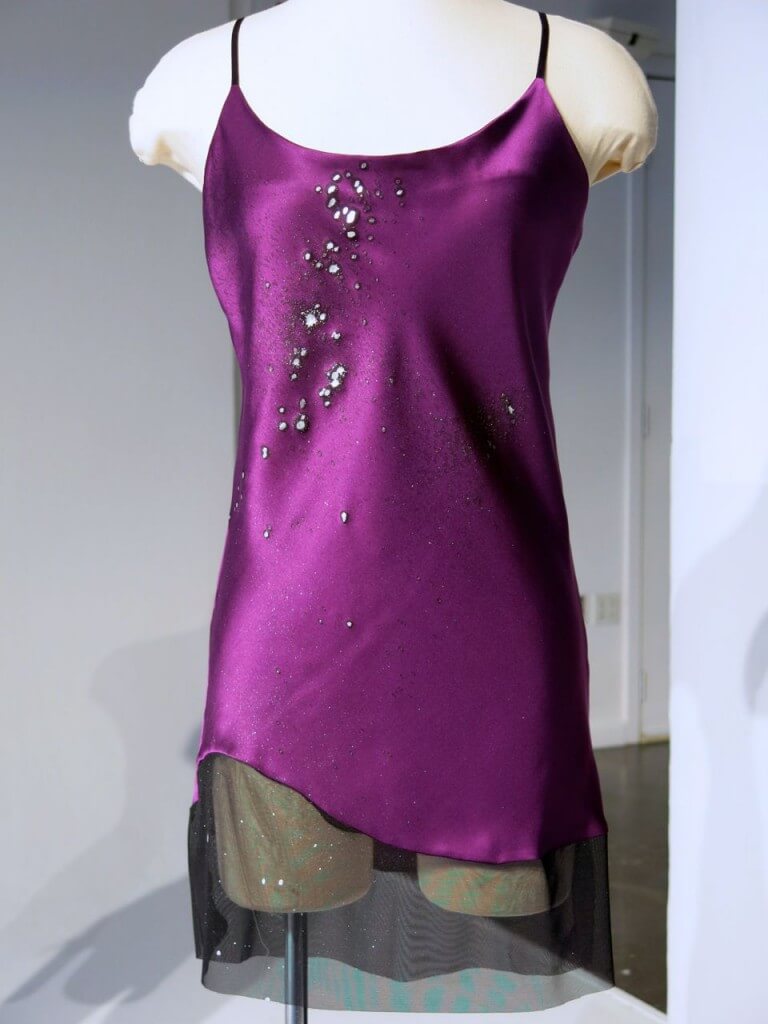 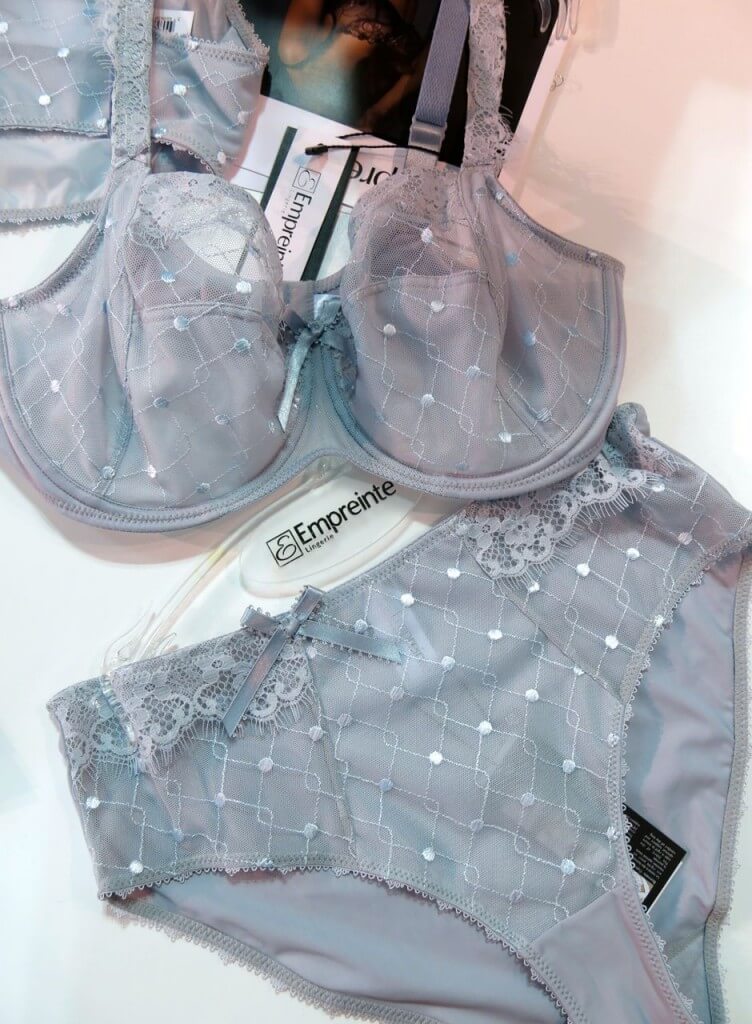 A couple more small notes... in terms of technology and design/fabric innovations, many brands are becoming extraordinarily thoughtful, particularly with regards to fuller busts. Unfortunately, some of these design elements don't always photograph well.

In response to complaints about strap placement, especially on women with smaller shoulders, many brands are offering the option of a J-hook or crafting their bras with narrower shoulder straps. The Eveden Group is particular is debuting several new bra styles from a range of brands with more closely-placed shoulder straps. In addition, more brands are utilizing spacer fabric (an open, three-dimensional knit that allows airflow) in the construction of their bras. I think if sweaty or overly warm breasts are an issue for you, then asking your local boutique about bringing in some bras utlizing spacer fabric would be worthwhile.

Finally, I saw a couple of interesting new sports bras for fuller busts --- one from Anita and one from Le Mystere. The Anita 'DynamiX' sports bra, shown in Peacock/Anthracite below, will be available beginning in June 2014. I not only liked the colorway of this bra, I also liked the design details, like the supportive 'X' back and the adjustable straps. The initial size range will run from A-G cups. Le Mystere's new sports bra, available beginning December 2014 and shown below in black/gray has padded underwires and convertible straps. It's also available up to a G cup. 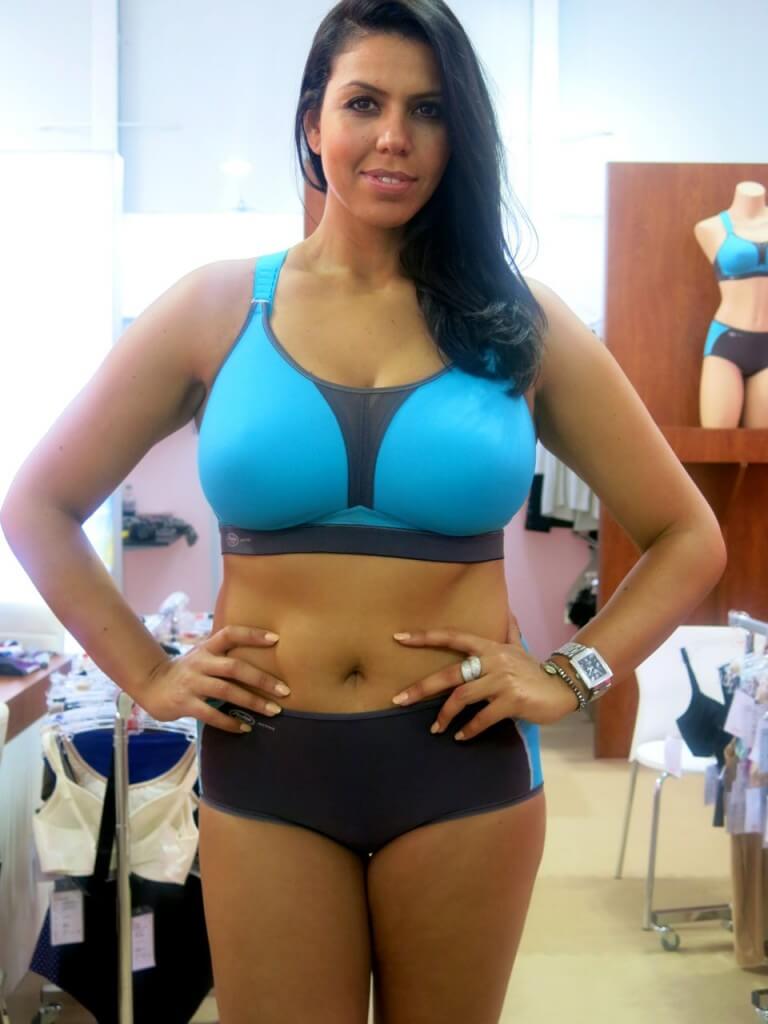 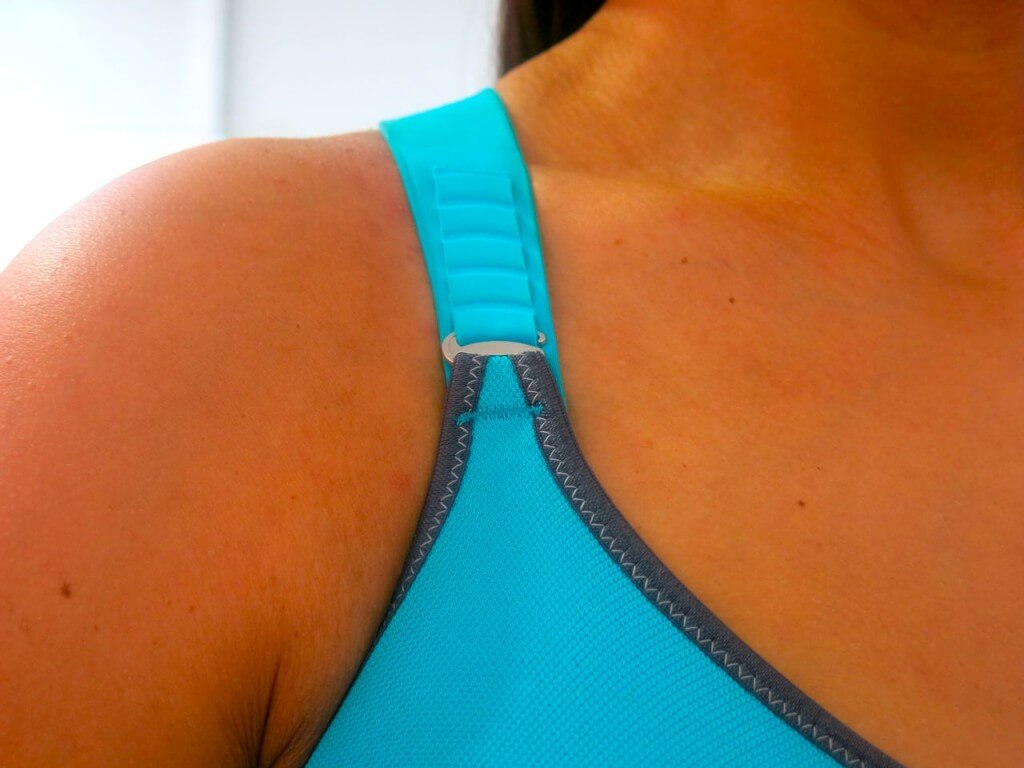 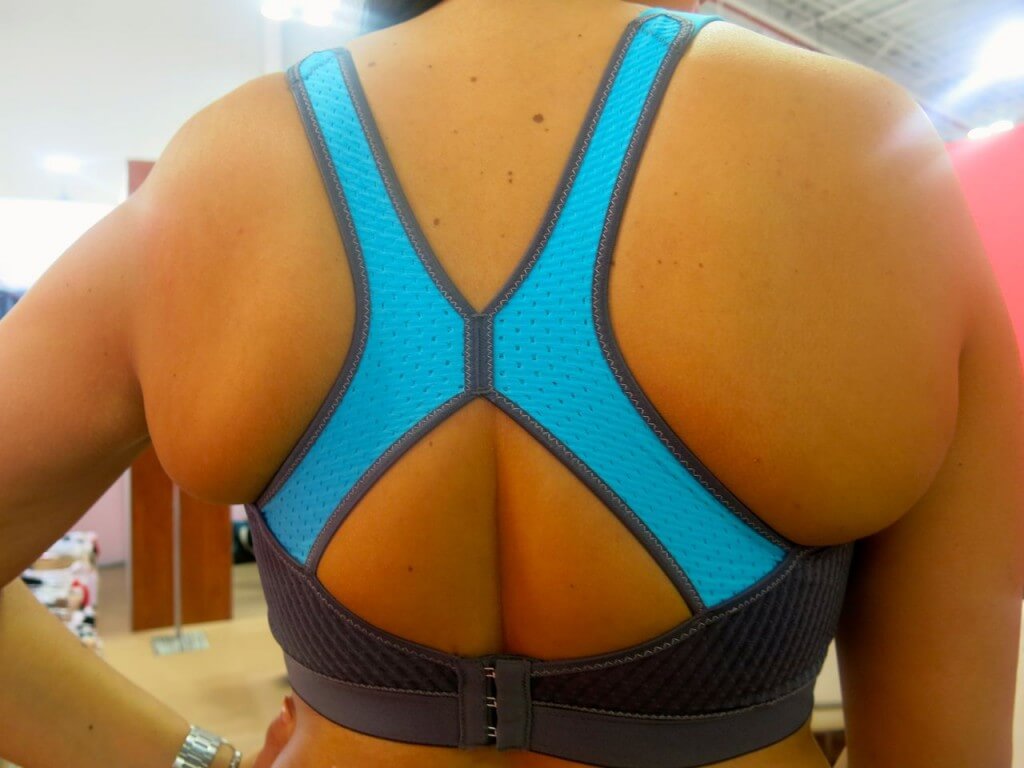 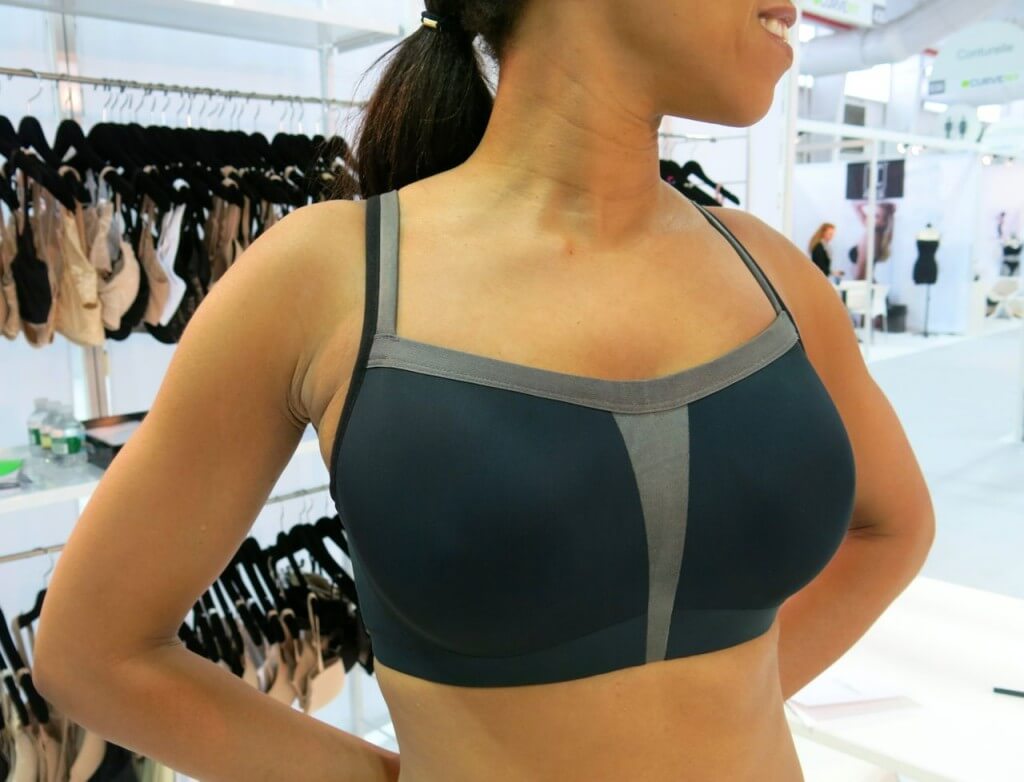 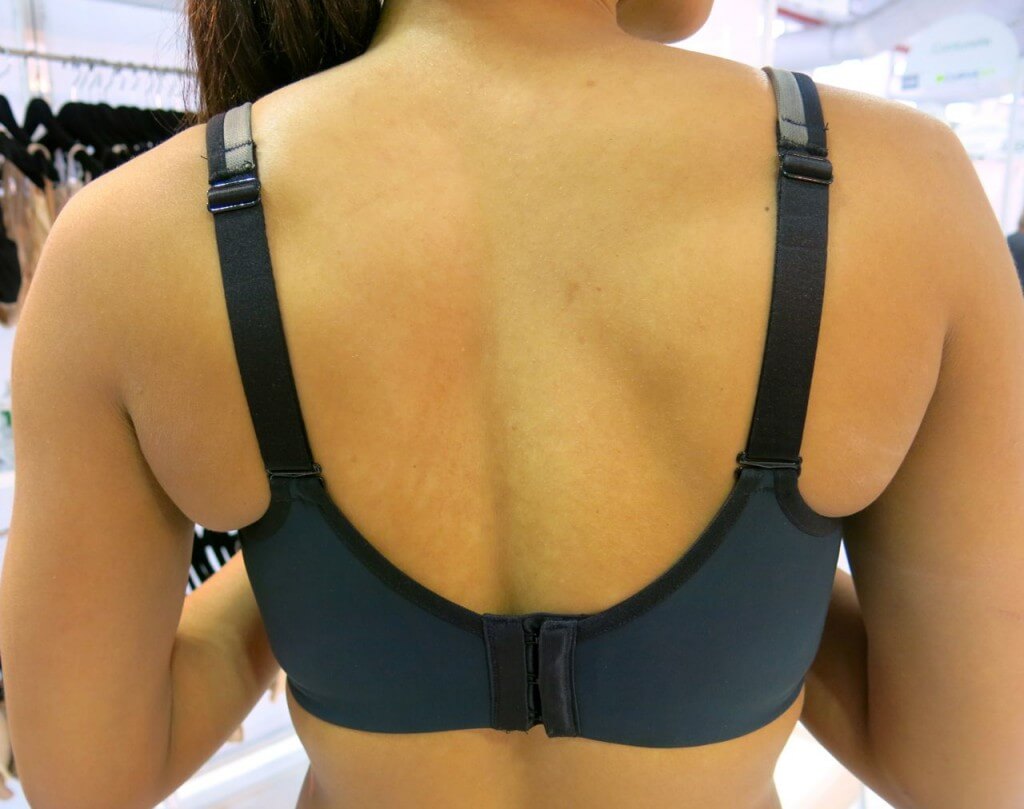 Our Lingerie Market coverage is almost over! In the third and final article, I'll share some of my favorite designs for next season... including a few indie names you know and love that haven't been mentioned yet!

What do you think of the design trends shown here? Do you love one more than the others?