Packing 101: Everything You Need to Know to Get Started

Charles Wallace is a PhD student studying insect systematics, as well as a writer, podcaster (@ASABpod), macro photographer, and amateur aerialist. He lives in the metro Phoenix area with his two cats. 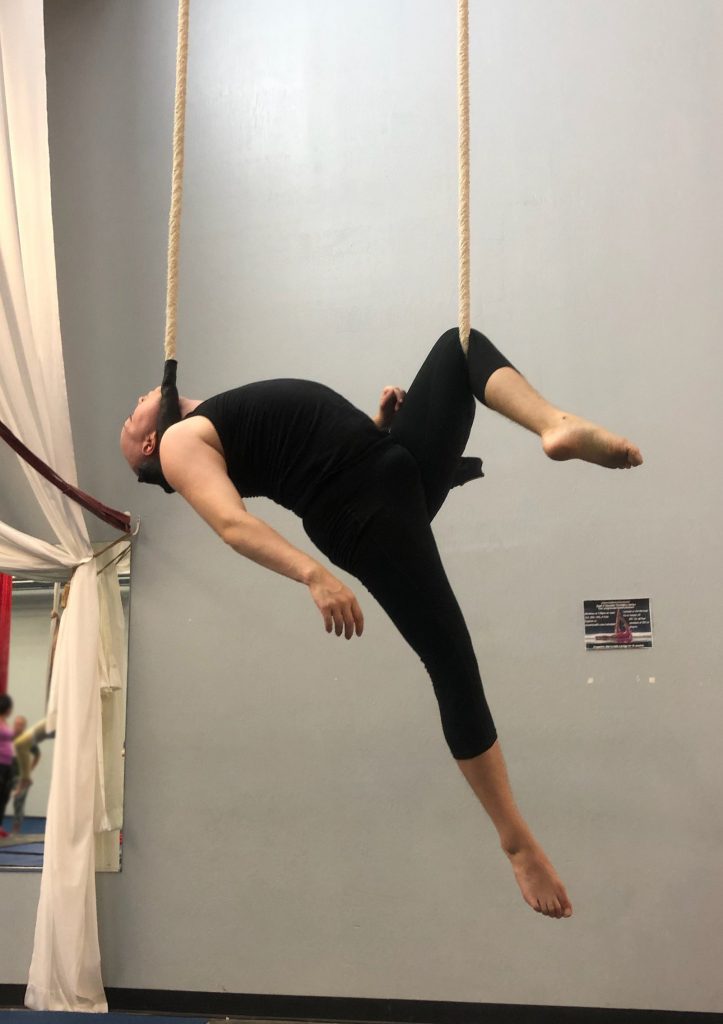 The author on trapeze. He is wearing leggings.

For a long time, I didn’t bother packing. Most men’s pants aren’t especially tight in the crotch, and I didn’t find it a crucial aspect of my own gender expression. But then I got into the aerial arts, where extra fabric is a hazard. Between figuring out how to pack or chancing uncomfortable speculation about my gender or genitals, I chose to pack.

Packing is the practice of using something – a packer – to create the appearance of a “bulge” where there isn’t genitalia there to create it for you. It’s most frequently connected to transmasculine people, and some of the most reliable sources of packing gear are retailers specifically directed to them.

Packing can be as simple as stuffing a rolled-up sock into your pants or as complex as attaching a hyper-real prosthesis directly to your skin. The exact method you might use depends on several factors, particularly why you want to pack and how much money you’re willing or able to spend on it. But the process itself can be distilled to two aspects: the packer and what you use to hold it in place.

Packers run the gamut from completely abstract to stunningly realistic. The choice of packer should be driven by your goal in packing. If guided primarily by dysphoria, it’s worth investing in a nice silicone model with heft and anatomical accuracy. If, however, you just want to fill out a cosplay with something lightweight and serviceable, realism won’t make much difference except to your wallet.

As ace bandages are to binding, a rolled up sock is to packing, in the sense that it’s easy, cheap, and an absolute classic. Unlike ace bandages, however, a sock won’t cause physical damage. The rolled-up sock will never look like a “real” bulge. However, in most clothing (at least clothing manufactured for men), it doesn’t need to, and works fine if you’re just looking to put something behind your fly.

Where to find them: Literally anywhere. Look in your drawer. 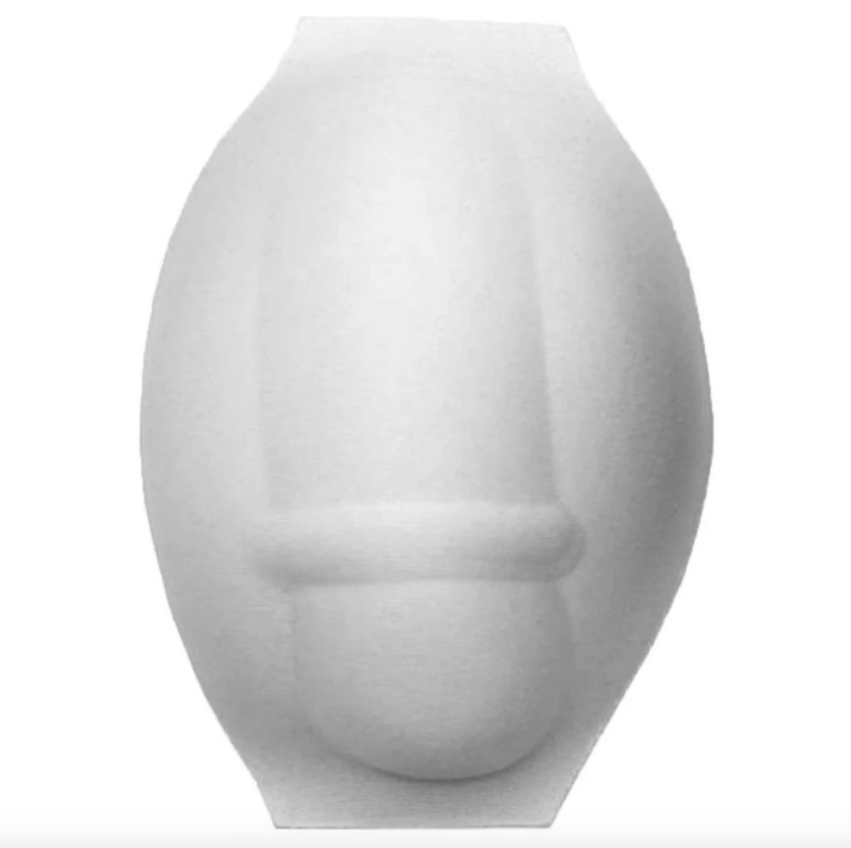 There are three main options for foam inserts. One is a relatively thick, sturdy foam insert that comes with select pairs of Jockmail underwear (though some places, e.g. TG Supply, sell it by itself). Another is the EZ Bulge, which is a thinner material, with a generalized outline of a penis. 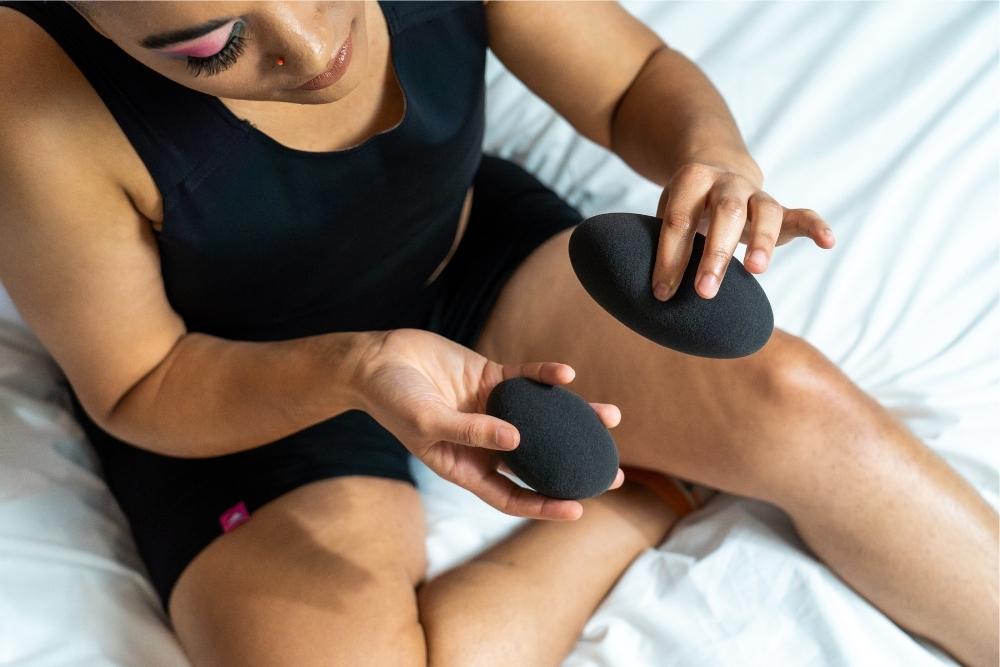 Originally marketed to cis men to give them more volume, these work equally well for packing wholesale. If worn without a filler, they're liable to flatten out in an unrealistic way. However, a small rolled up sock works great to keep them pretty sturdy. A third option, a nondescript firm foam bulge, is offered by UK company Spectrum Outfitters.

Where to find them: Several transmasc suppliers stock them (TranzWear, TG Supply) and one is included in select pairs of Jockmail underwear

TranzWear used to stock a quasi-anatomical fabric packer but it’s currently out of stock. No fear: this is an easy DIY.

Where to find them: TranzWear eventually; multiple places on Etsy in the meantime, or through your own creation

Realistic/representational packers are mostly made of silicone, and resemble a (flaccid) penis and testicles. These vary in level of detail, material, weight, density, size, and color. There are so many options for realistic packers that including them all in a list would be exhausting to write and exhausting to read. 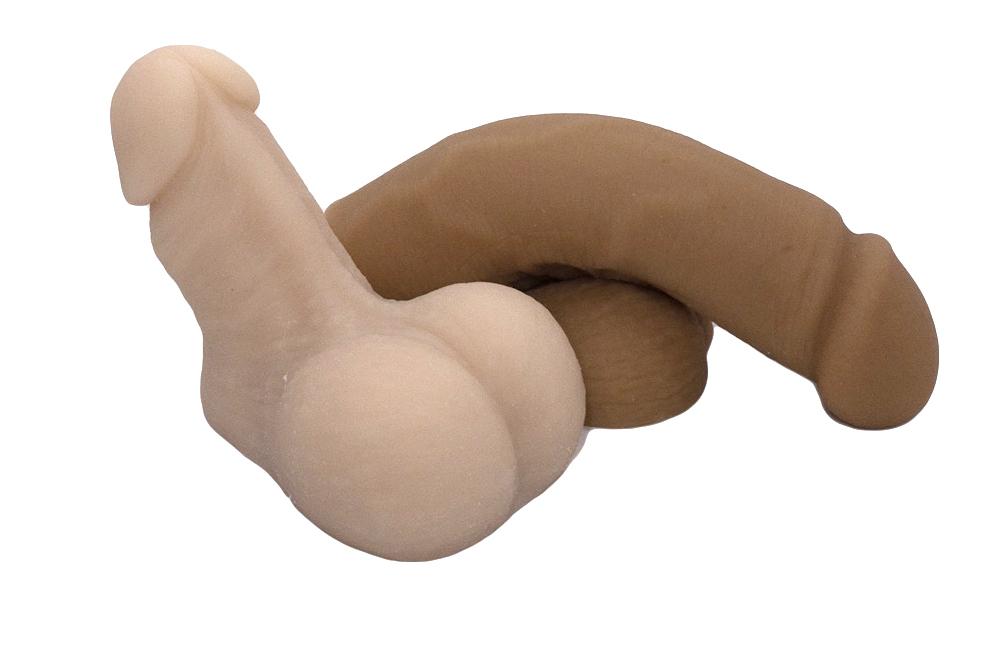 The website FTM Packers is a fairly complete compilation. Though it primarily directs to Amazon; if possible, I recommend buying from a reputable indie retailer, of which there will be a list in Part II.

Instead, I’ll offer some tips based on what your most important considerations may be. 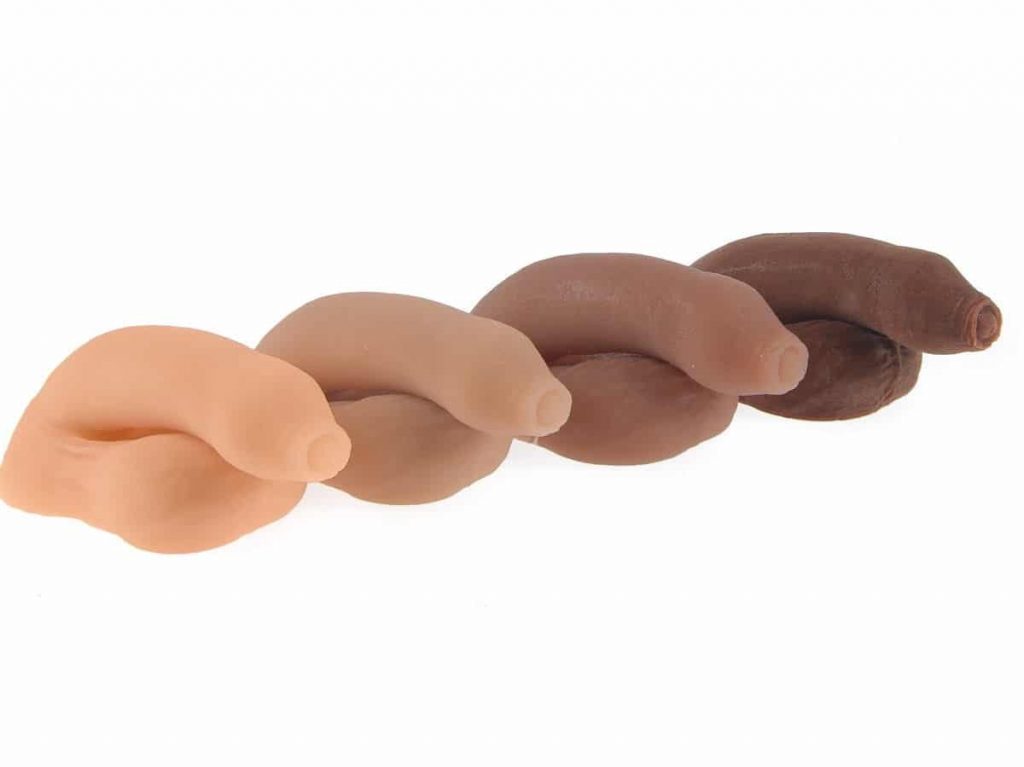 Depending on how and how often you wear them, packers can get distinctly musky if not taken care of (especially STPs, which need regular cleaning). Fabric options (e.g. socks) are easy – just toss them in with your laundry, as normal. Foam inserts (especially the EZ Bulge) can get worn down over time, and may just need to be replaced periodically if in regular rotation. Realistic packers, however, often involve a few extra steps.

Most realistic packers are made of silicone, and can withstand extremely hot water. If you wanted to, you could boil them or place them in the top rack of a dishwasher. Some realistic packers are made of other materials, like Elastomer, and don’t have the same durability. The specific material or care instructions of a packer are usually available through product descriptions. Generally, wash in warm water with soap and let air-dry.

With most realistic packers, there is also a certain tackiness to the skin. To combat this and help keep them in good condition over the long term, many models recommend keeping them coated in cornstarch or a packer-specific powder (e.g. Cyber Packer Dust).

This is Part I in a two-part article on packing. Hopefully, you have a better sense of the options available and how to choose between them. Part II will cover how to wear packers, special considerations, and include a list of stores where you can find packers and all necessary packing accoutrements.