By Cora Harrington January 10, 2014 in featured, lingerie of the week 4 comments
Share this article 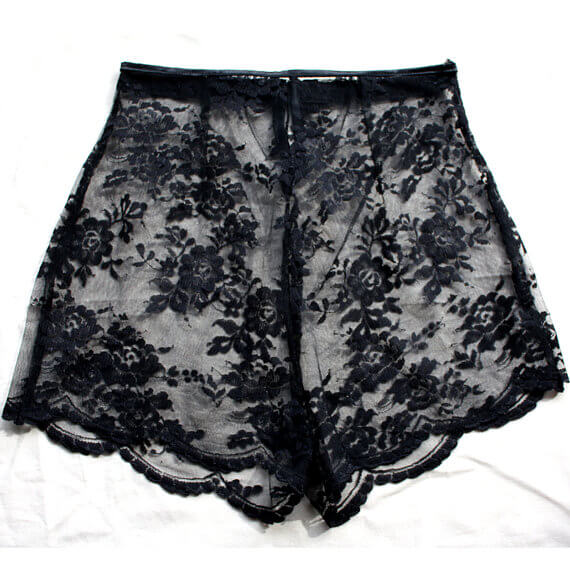 One of the really awesome things about the lingerie industry today is the comparatively low barrier to entry. While you can go the traditional route with investors and factories and tradeshows, a designer can literally start their own line out of their basement using websites like Etsy and Big Cartel to open a storefront and make sales.

I first found out about Chrissie Nicholson-Wild, the designer behind Curve Couture, through her blog, also named Curve Couture. I followed the link to her shop, saw these knickers, and the rest... well, you know the saying. 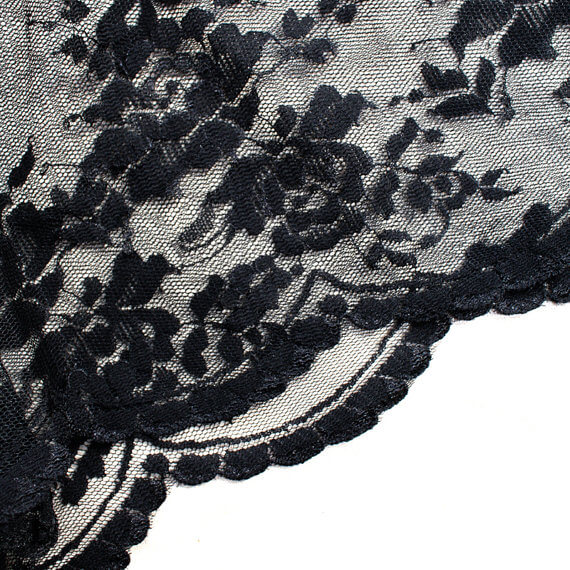 I've been enamored of French knickers lately, and my adoration of all things black, lacey, and sheer is very well known. I love these. I love the material. I love the cut. I love the idea of lounging around the house in French lace knickers, a flowing peignoir, a silk headscarf, and marabou feather mules. No, these pants aren't "practical," but they sure are pretty. And since when has TLA made practicality its mission anyway? No reason to start now.